As some of you may know, I’ve been doing television commercials for years now. I wrote about my claim-to-not-so-much-fame story HERE. Doing TV commercials is not something I expect I’d be doing for a long time because I grew up shy, timid and very awkward but somehow, the universe lead me to this path and this job of mine has paved way for me to send myself through college and earn a degree in Communication Arts. Long story short, I love doing TVCs. Despite the long hours of shooting and waiting, it’s something that I like doing because it gives me a sense of fulfilment. Honestly, it is not easy to smile, project, memorize a line, and internalize a role or character.

Ever since I became a mom, I rarely attend castings because it really takes away time from my family. This led me to discover blogging. I never really thought I’d pursue being a blogger and yet again, I find myself doing it. More than the title that comes with it, being a blogger has become an extension of who I am, dominantly online.

If you’re a TV commercial model, you don’t get to ask what the brand or the particular product you’re “endorsing”. Most, if not all TV commercial castings don’t give out the brand right away. They’re simply categorized as: fast-food, milk, beverage, telecom, snack, feminine product, shampoo, coffee, etc. As a talent, it is your agent’s job to screen the role to see if it would fit you. Generally, roles are grouped by age: child, teen, yuppies, mom, grandparents. These age groups are narrowed down depending on the needed role: corporate people, young couple, young married couple, family, barkada, classmates, etc. Technically, we don’t really need to be an avid believer of the brand. We are simply portraying a role for a brand as it what we are paid to do.

See, there’s a difference between a TV commercial model and blogger hired to shoot a TV commercial. The former as I explained above while the latter on the other hand is a very different story.

When the team asked me to be part of this project, to be part of  a TV commercial as a blogger, the first thing I asked them was the brand. They didn’t disclose it to me because that’s how it goes. When I told them that as a blogger, I cannot not know what brand I’ll be working with. They tried to understand how it works and eventually disclosed that it’s a creamer brand. My personal policy as a blogger is that I only write about the brands I like, have been using and that are interesting to feature or try. If it’s something that I have no idea what it is nor something I don’t like nor use, even if I get paid a hefty amount to write about it, I would have to politely decline.

So when I finally learned the brand was Coffee-Mate, I didn’t think twice and said yes because it’s a brand I’ve been using since I learned how to love coffee. I believe Coffee-Mate is synonymous to creamer as iPad is synonymous to tablet, especially here in the Philippines.

Here are some snaps I was able to take during the day of the shoot. It is one of the most fun shoots I’ve had because I get to do two things that I like doing- being a model and being a blogger. My bling during the shoot.

Workshop and fitting are done on a separate day. This is when the final storyboard is discussed to everyone involved in the project. The workshop is between the talents (people who are hired to work on camera aka models) and the director. Should there be lines or dialogues, blocking or special effects, everything is discussed during the workshop, so come shoot day, getting everything on camera is easier. Fitting is very self-explanatory. 🙂 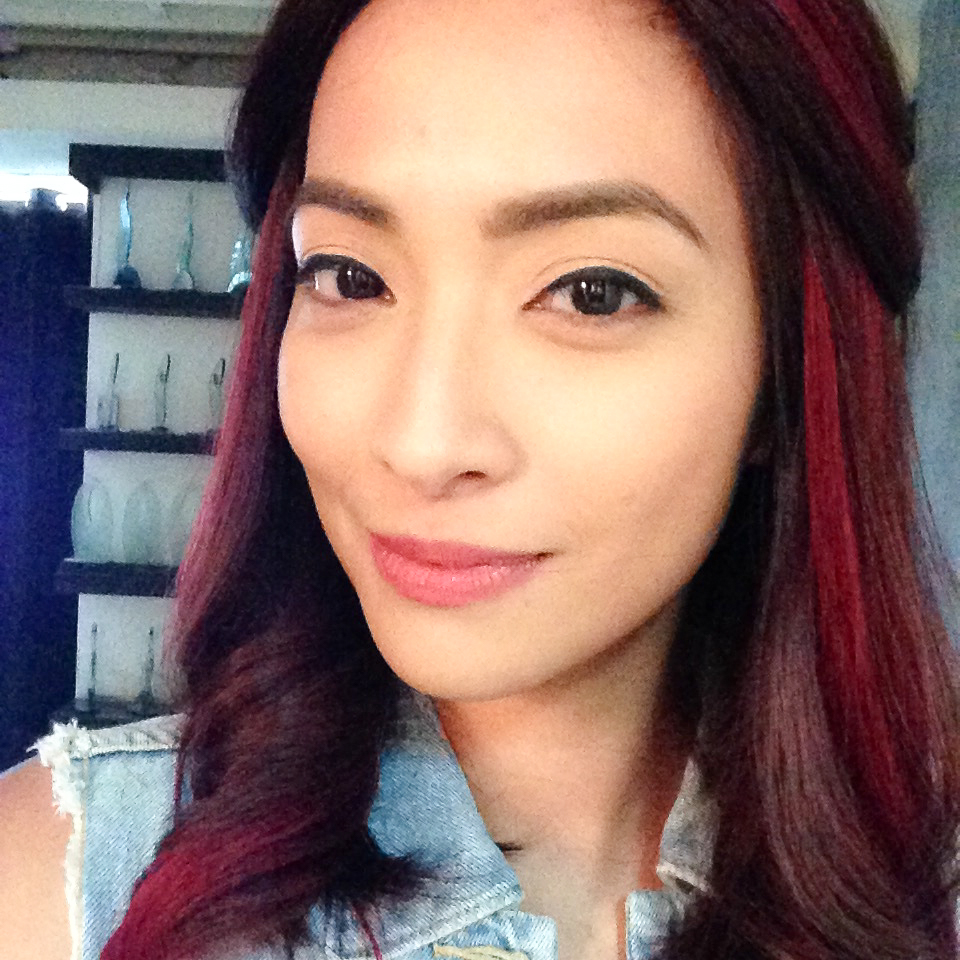 I was approved for this project as a redhead. So they pretty much panicked when they saw me sporting my freshly coloured dark hair. The solution? I wore red hair extensions instead. My make up was done by one of my mamas, Gina Llanto. She did my make up in the past, back when (as we jokingly said) both baguettes (young). 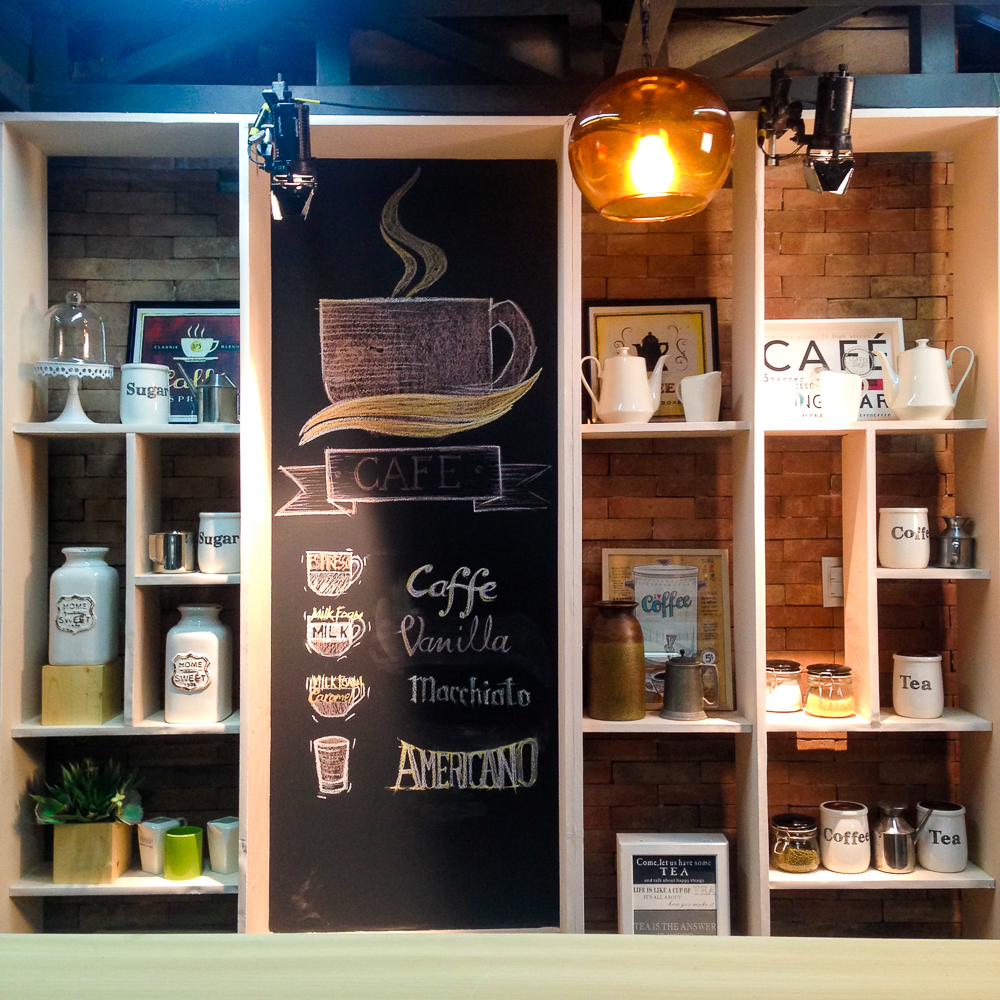 I want everything in this cafe shelf! Props to the production team for this set. 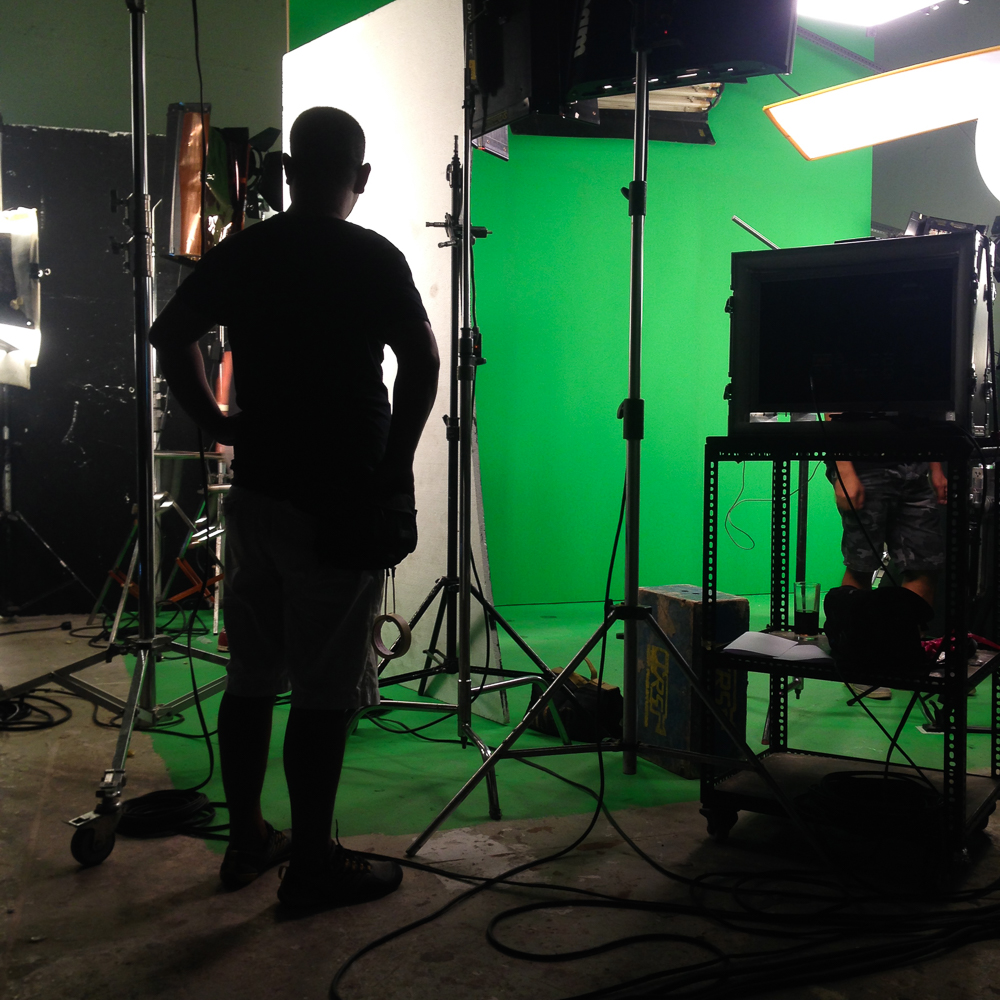 If I were to choose between a studio shoot and a location shoot, I would always choose the former. The blast of cold air, outlets to charge one’s gadgets and clean bathroom are the reasons why studio shoots are way better than location shoots. 😀 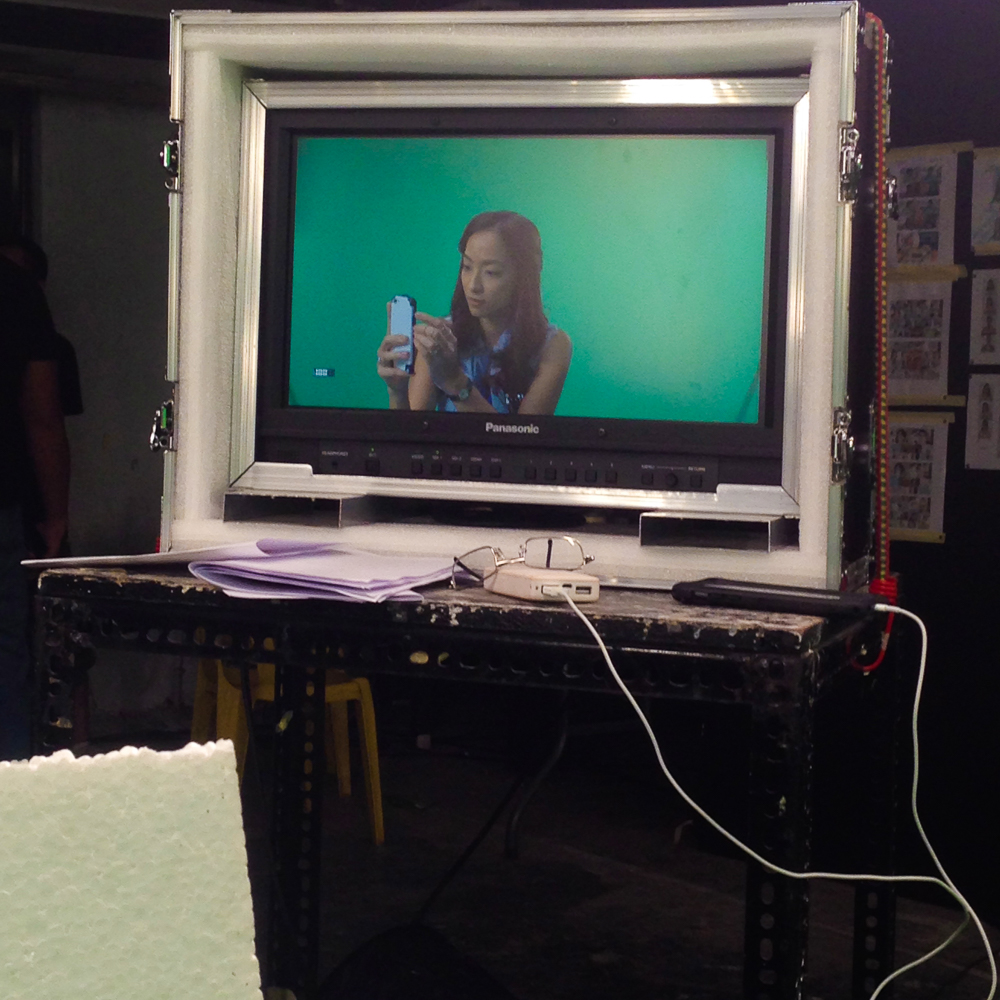 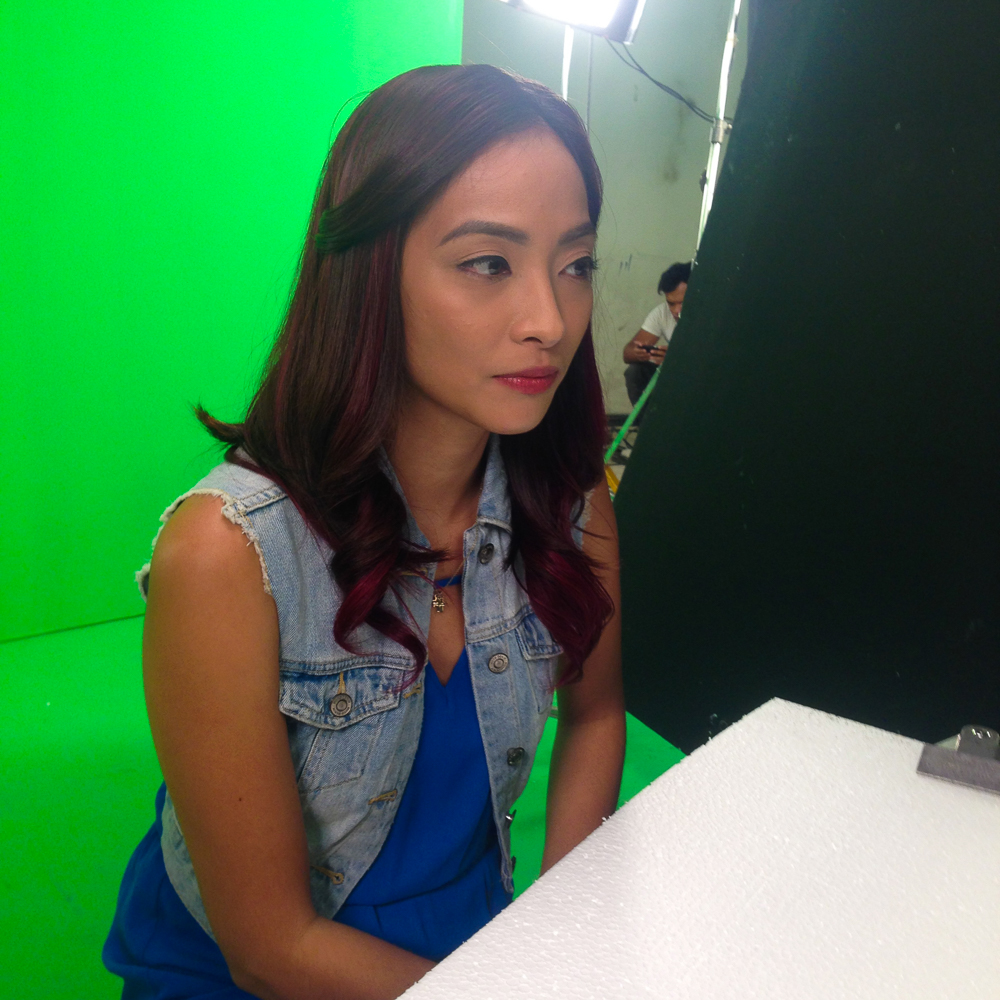 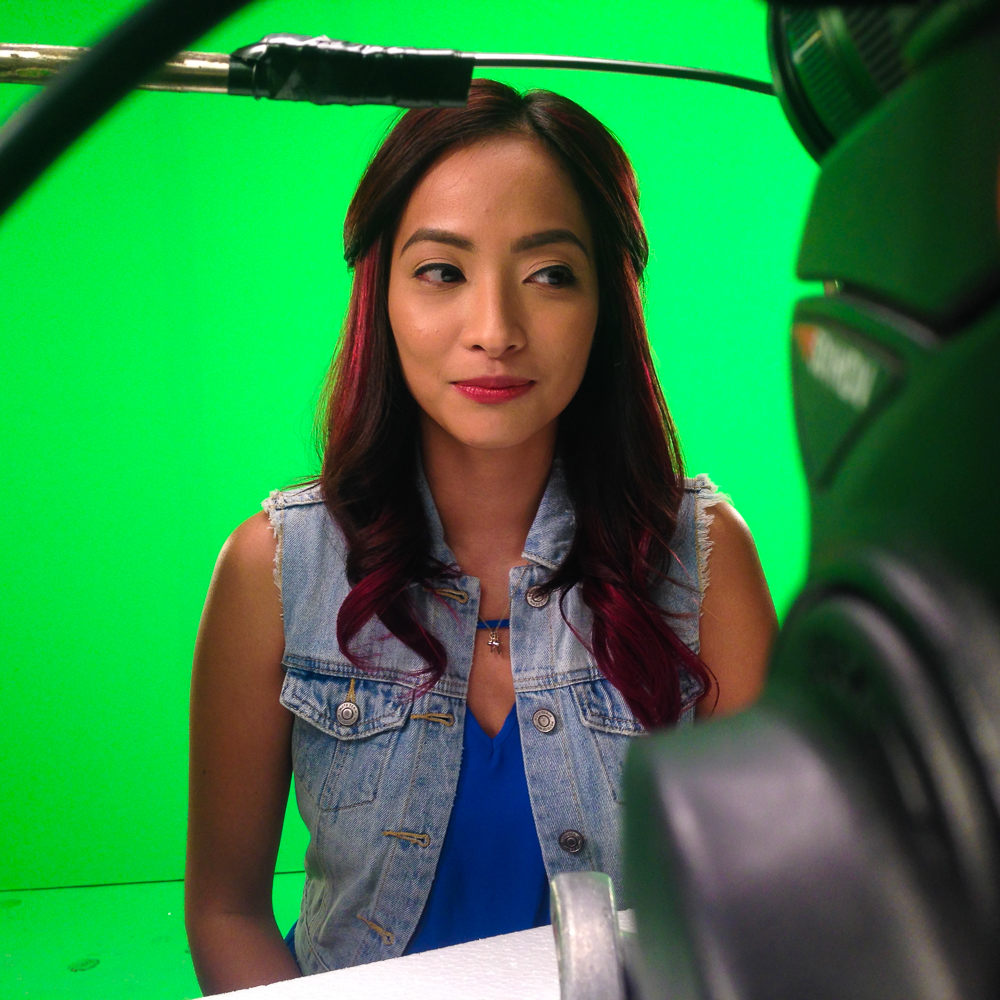 Now you know that a 15-second TV commercial isn’t an easy peasy thing to produce. It’s tedious and it takes a lot of takes and a lot of safety shots to finally get the prefect shot. 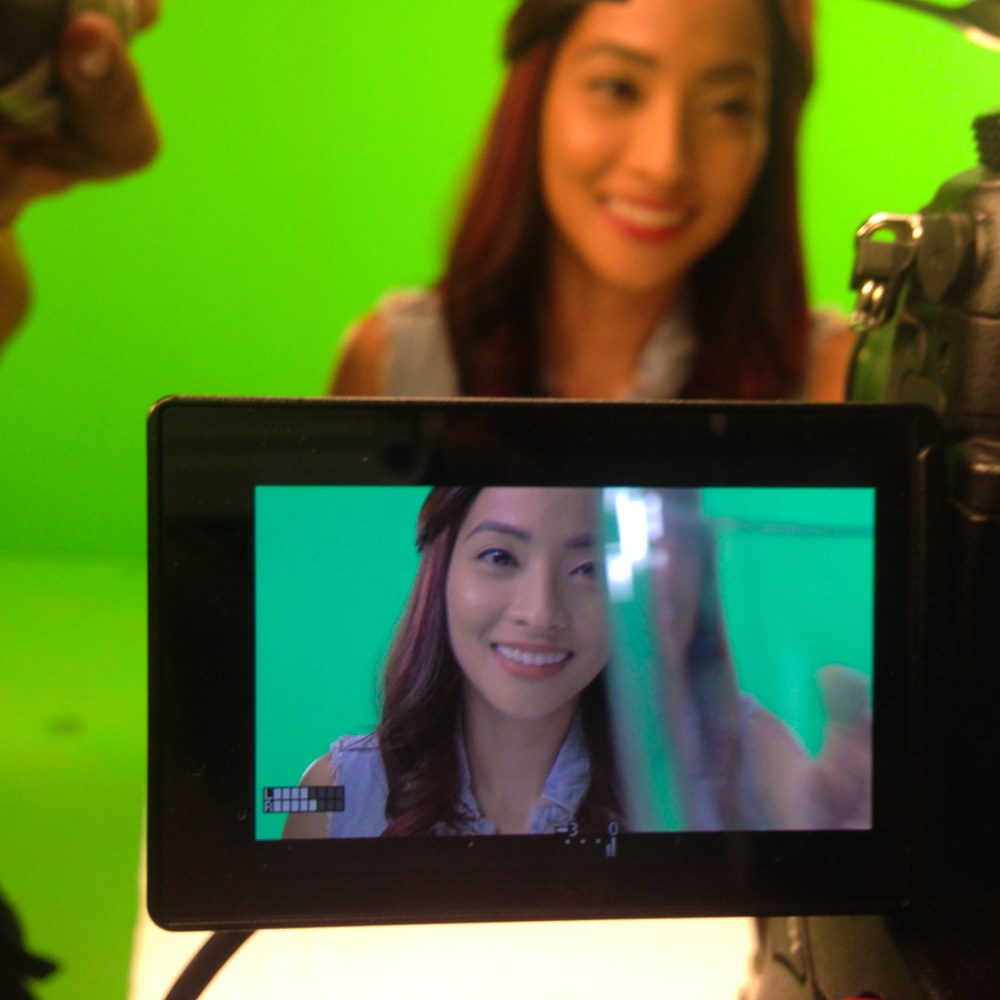 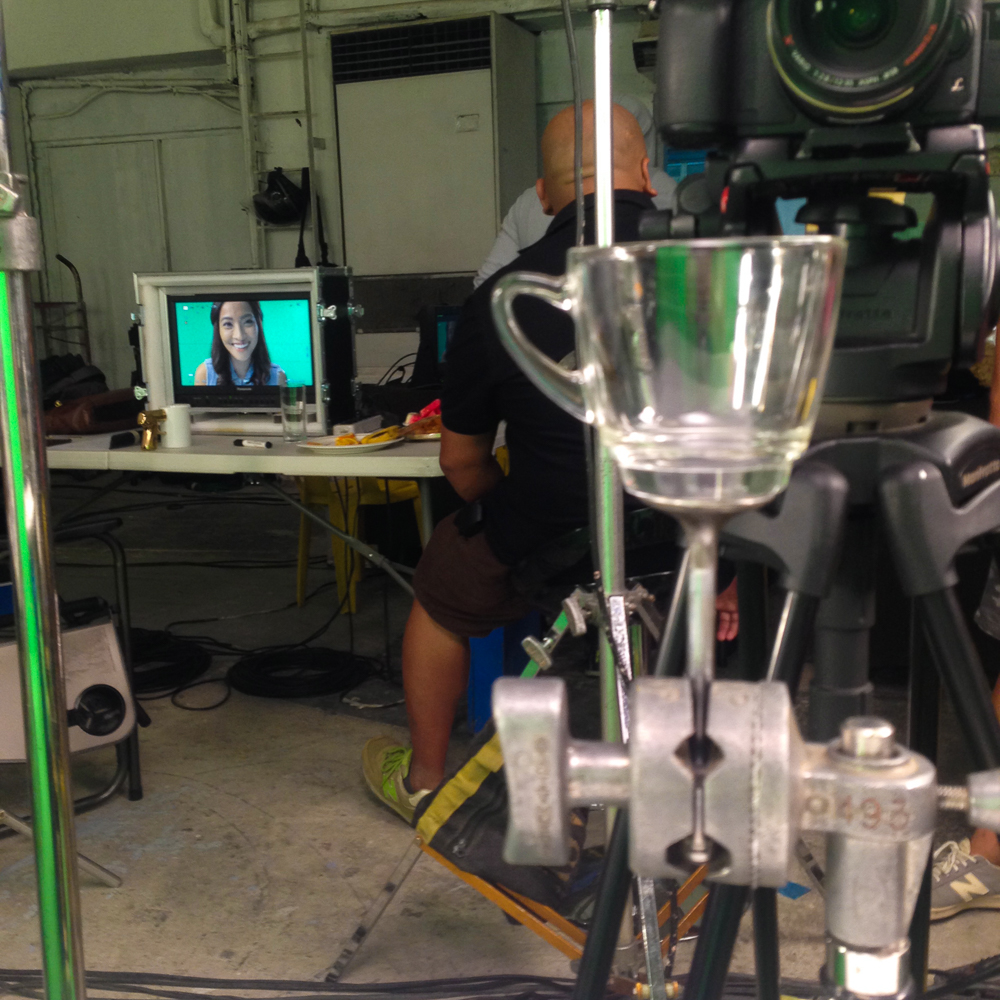 While waiting for the camera to roll and checking on the ones we shot, I took a video of the playback. Heehee. 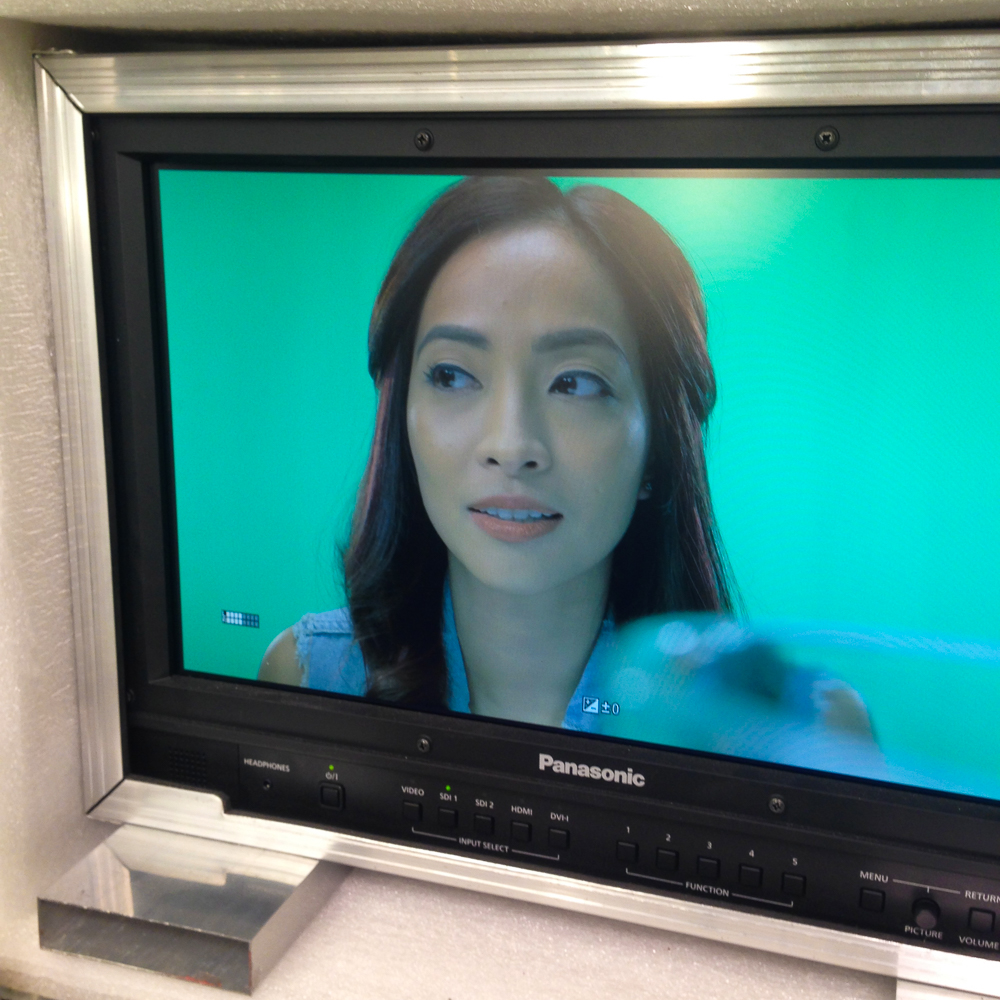 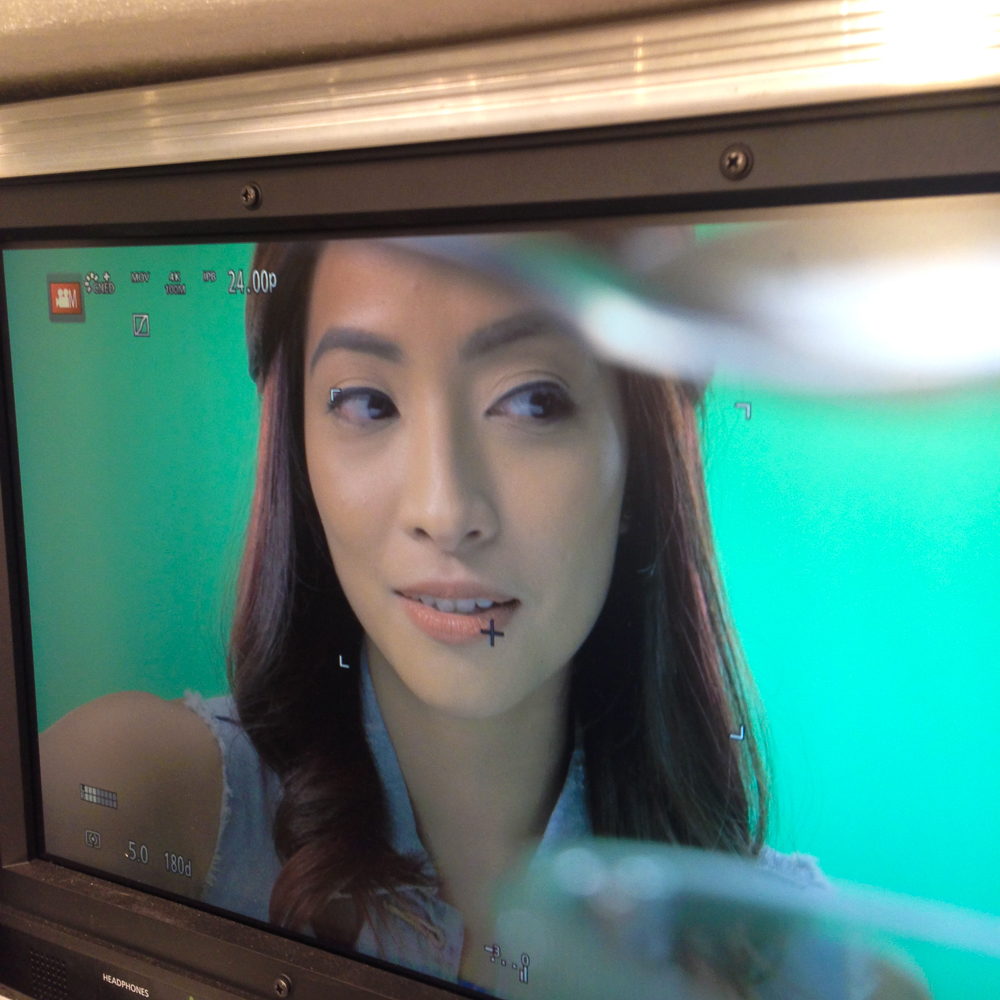 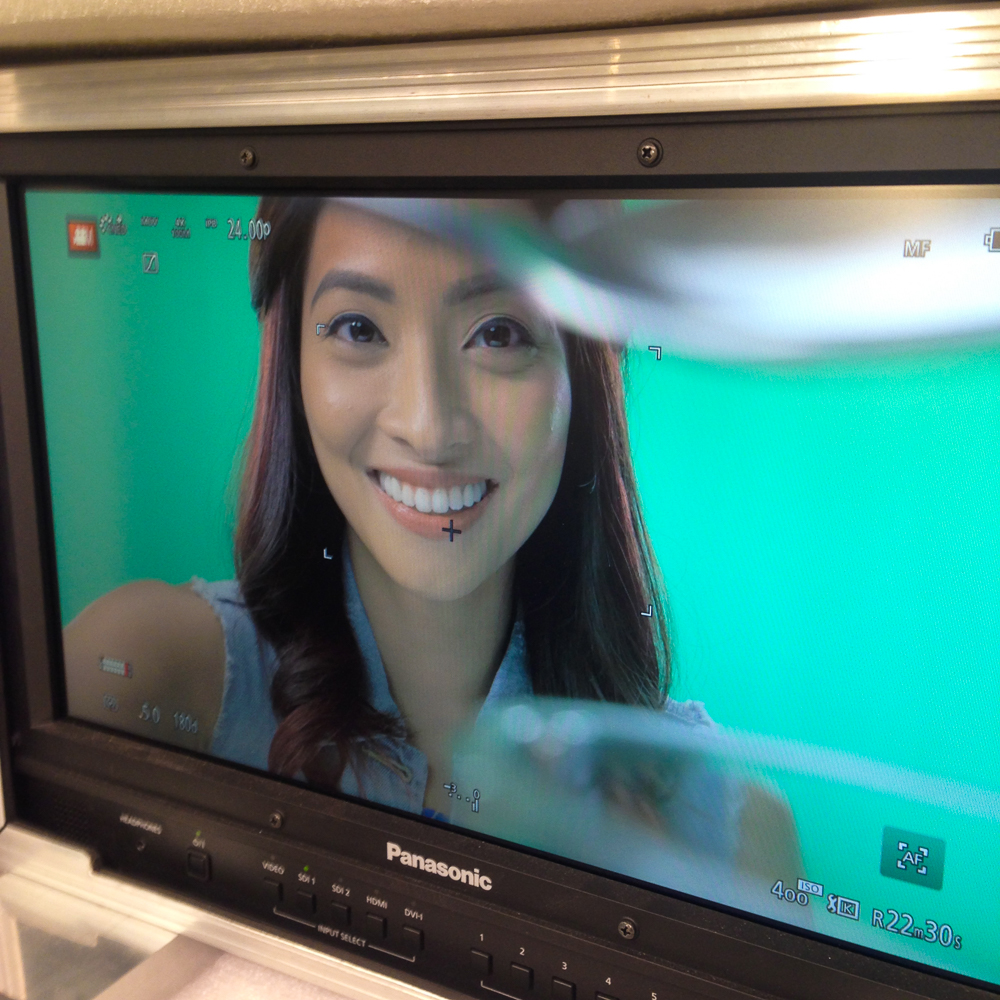 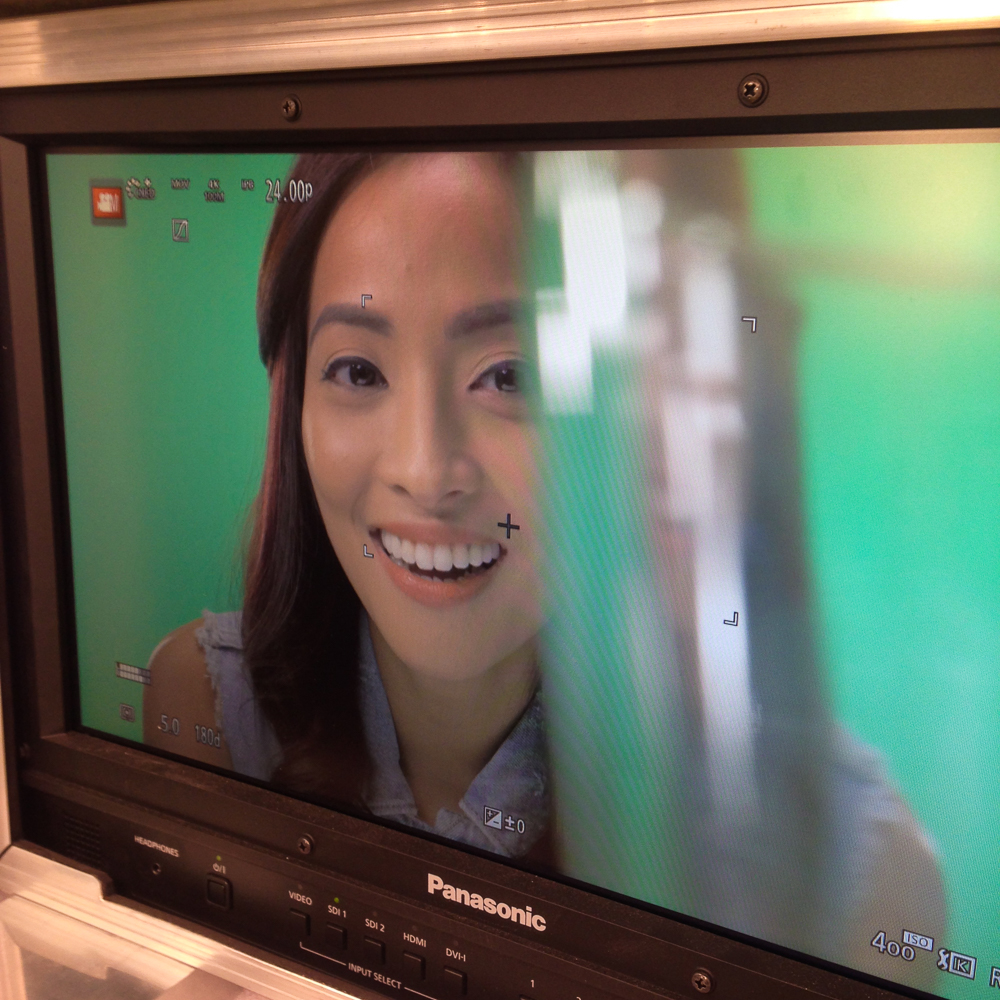 You see, modeling and doing TV commercials are not all glamour. The long hours of waiting, shooting, waiting, tons of food and coffee served and made during the duration of the shoot are just some of the reasons why it is a job that we don’t mind doing. If there’s one thing that makes it worthwhile, it is the experience itself and the people we meet.

This is one of the most memorable commercials I’ve done. It hardly qualifies as work because of the people I was with and the brand being something I patronize. Group shot at 12 midnight! Happy to report that we packed up at 1 AM. 16 individuals for Project Collab- fun bunch we are. I do hope you enjoy watching our Coffee-Mate TVC as much as we enjoyed shooting it!