The first time I watched Lion King with my kids, it brought a few childhood memories back. The classic movie was appreciated not just by me but by my kids as well. I think Mr. JG could relate to the most with Simba. Heehee.

Trying to raise a bookworm. This lil’ guy likes Simba so much, The Lion King is always his top pick when it comes to reading time. Twenty two years after and Disney continues the tradition of family & music with The Lion Guard. 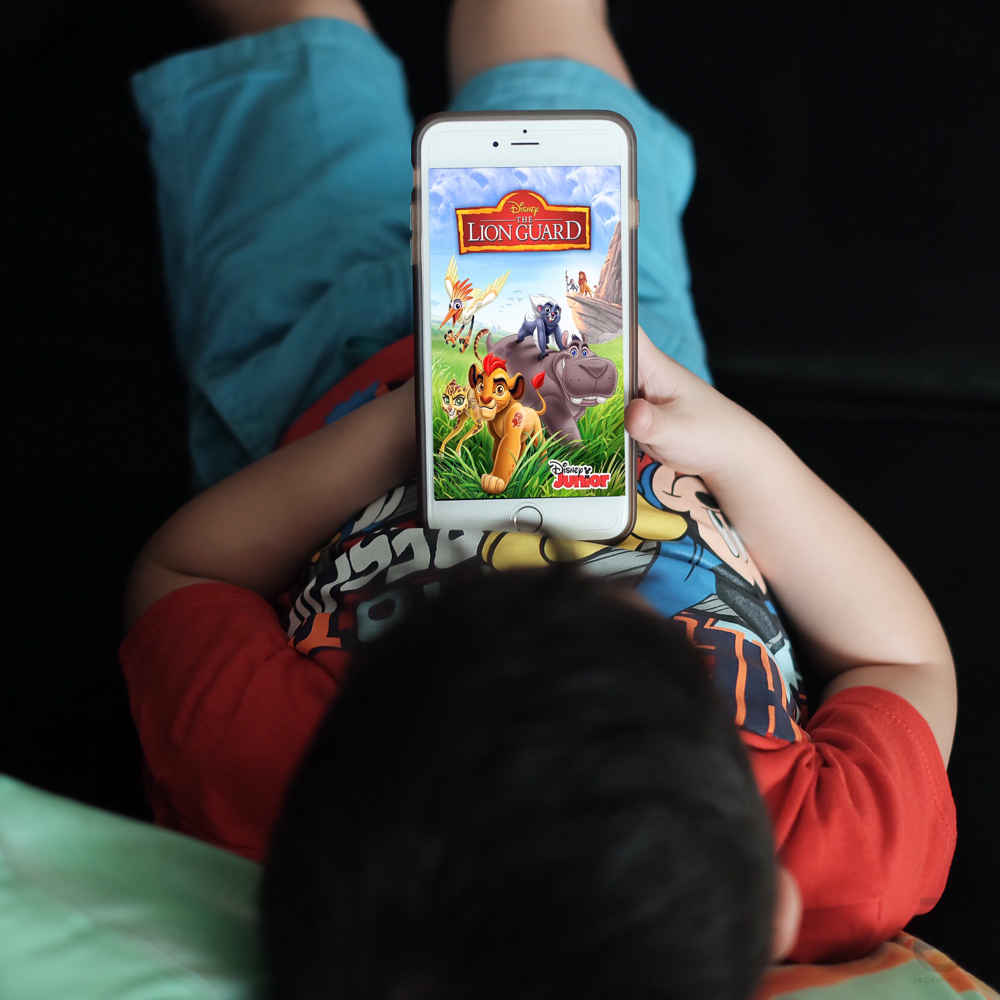 The Lion Guard revolves around Kion, Simba’s second child, and his friends who each has a special skill. Kion, the Fiercest, possesses the Roar of the Elders, a magical gift that causes the lion spirits of The Pride Lands past to roar with him. It’s a gift traditionally given to the second-born. Bunga, the honey badger, is the adopted nephew of Timon & Pumbaa and is the Bravest. Fuli, is the Fastest, Beshte is the Strongest, and Ono is the Keenest of Eye. I caught my kids dutifully watching The Lion Guard. The series prides itself to communicate positive lessons about team work & diversity, all while the Lion Guard learn to combine their unique skills to work together in each episode. Surprised to see my kids silently standing arm in arm while watching The Lion Guard. It’s a rare sight that they’re engrossed in a series. According to them, they like it when The Lion Guard work together and create a team work. Will announce on Go Jackie Go’s Facebook page soon the winners of my The Lion Guard giveaway I did on my Instagram and Facebook. Meanwhile, get to know more about The Lion Guard, print and color your own Fuli or Kion mask or sing along and go Zuka Zama Zom by visiting http://disneyjunior.disney.ph/the-lion-guard.