So I had the chance to finally meet one of my favorite authors, Kevin Kwan. It was so surreal to be inches away from him as he read Chapter 5 of his latest book, Rich People Problems. 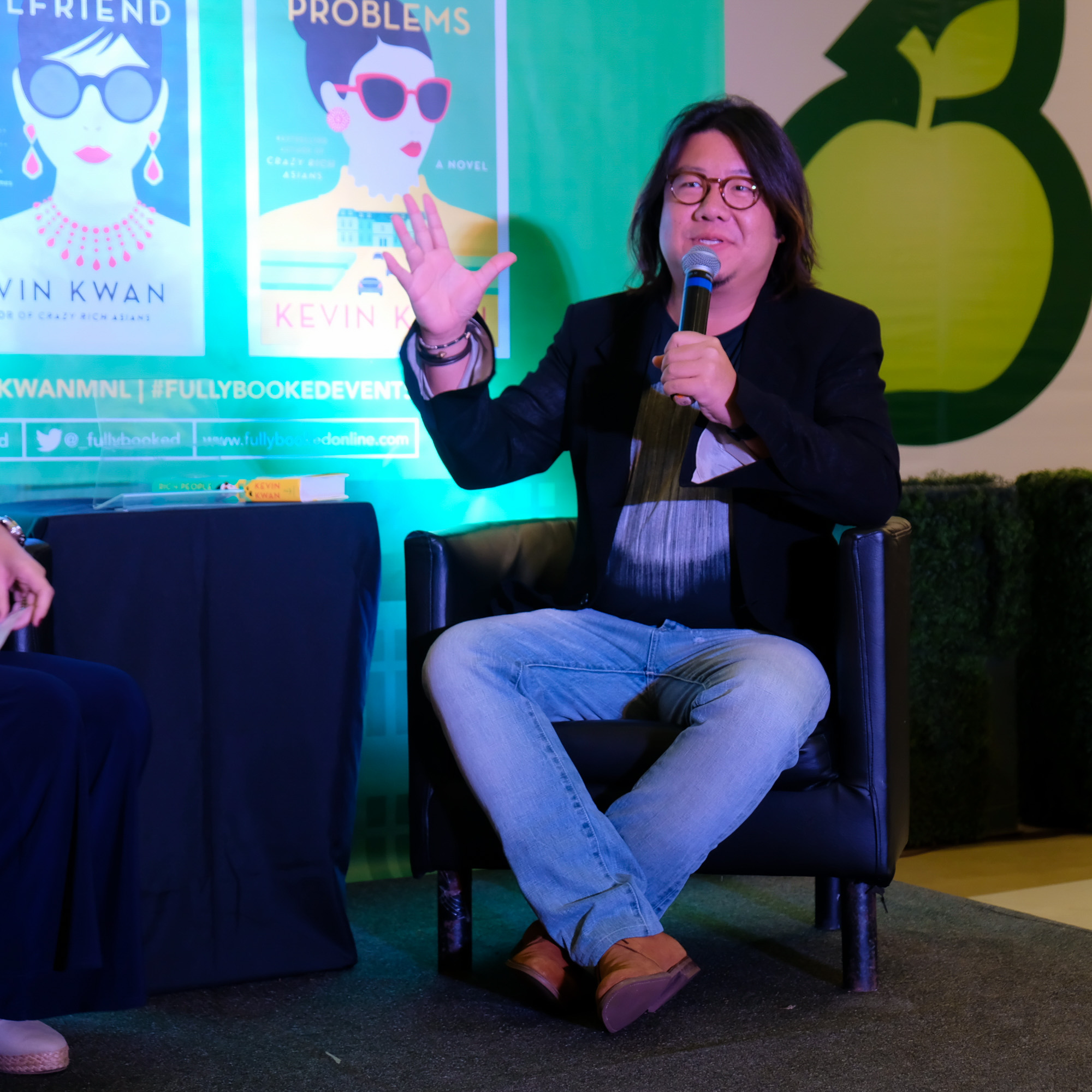 During the Manila Book Tour held last August 21, 2017 at S Maison at Conrad Manila in partnership with Fully Booked, the fans had a chance to ask him a few questions. Mostly were about his books and the inspiration behind the characters and the story itself.

Favorite thing about being a writer?

Spending a good amount of time being able to write. Being transported to another place and have that great adventure through words.

Where do you draw inspiration?

A lot is from experience and memory.

Is the Crazy Rich Asians trilogy your first published work?

No. I did a lot of travel writing and also did coffee table books for Kate Spade and Oprah Winfrey. The trilogy is my first published novel that became a hit.

What made you decide to write about Asia?

Growing up I’ve never been interested with my Asian roots. Eventually I learned how Asia was represented worldwide and I thought about writing it in a different light. How this side of Asia exists–the rich, the wealth, the glamour, even the drama that comes with it.

I don’t have a favorite but if there’s a character I can relate to it would have to be Allister, the cousin of Nick Young. I think he’s undervalue and not taken seriously by his family–something that I can really relate to.

Fellow mom-blogger Cat Arambulo also had a chance to sit down with Kevin Kwan and she picked up a few nuggets from the author himself during another intimate book signing. Sharing it here with Cat’s permission to copy-paste it from her Facebook.

Here are the highlights:

1. Kevin Kwan said, EVERYONE is a social climber. The only NON-social climber is the QUEEN of England. (So the next time someone calls you “Jej” or tries to degrade you.. remind them to get off their high horse coz reality check: he/she ain’t the Queen.

?#DelusionsOfGrandeur)
.
2. Kevin Kwan loves Filipinos which is why he decided to include some of Manila’s personalities in his book. He feels that it’s important that Filipinos be seen in a different light globally other than being commonly know as a domestic helper (Note: hats off to our OFWs, they still are our heros). (Kudos to KK for taking the initiative to change our image.

❤️)
.
3. My question: In your opinion, when is wealth tacky? Kevin Kwan said, it’s a matter of perception. You know when a person’s tacky. Some people find THINGS tacky or how a person dresses. Personally, I focus on a person’s BEHAVIOR. (So I guess it’s safe to say that when a person mistreats you, criticizes, judges and bashes you…they’re tacky?!

Weeks ago, Cat posted about how she was judged by a fellow mom on how she raises her kids. You can read her full blog post HERE. Cat speaking her mind about these seldom unspoken mom-issues was followed by Maggie Wilson with two blog posts HERE & HERE and one of my favorite mom-bloggers Mommy Fleur, who shared her thoughts HERE.

I completely agree with what these three moms have said. Guys it’s always so easy to judge other people whether online or offline. But with social media and freedom of expression, it’s really easier, faster and just out there no?

I honestly think no mother will ever want anything but the best for her child. Now doing the best for a child may be different for one mom to another and it will all depend on one’s circumstance or situation. The options and the choices really determine how a mother is when it comes to deciding for his or her child’s welfare. And for me whatever that decision is, it will never be other people’s business. So before you judge one person whether she is a mom or not, try to see the good in her and try to understand where she’s coming from. There is nothing good that comes out from hate & judging others won’t really change who that person is and it would definitely not change you either and it certainly is not for the better and not for the best. I believe if you truly are focused on yourself and in what you do that’s when you become better. So really what the world needs right now is people who are genuinely nice and would uplift others up.

Thanks Cat for sharing your two cents nd being a breath of fresh air!

Appreciate don’t hate. That’s all! Now back to my Kevin Kwan experience. Heehee 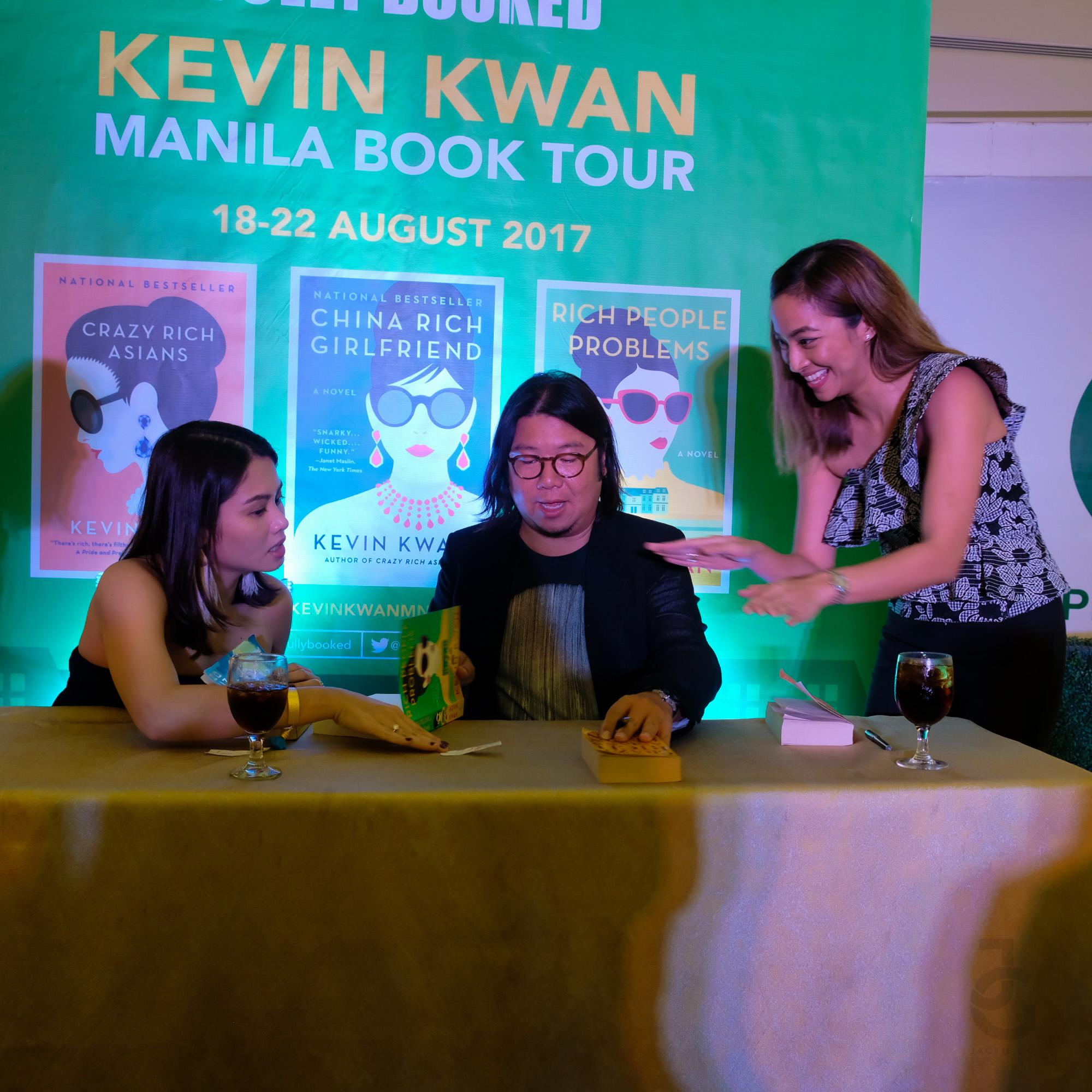 Here I was captured by Angela as Chris complimented my look that afternoon while Kevin candidly smiles at me. I was giggly because I responded by saying I was channeling one of the characters of the book, Astrid who we learned on Crazy Rich Asians wore Zara when everyone thought it was designer! Heehee. 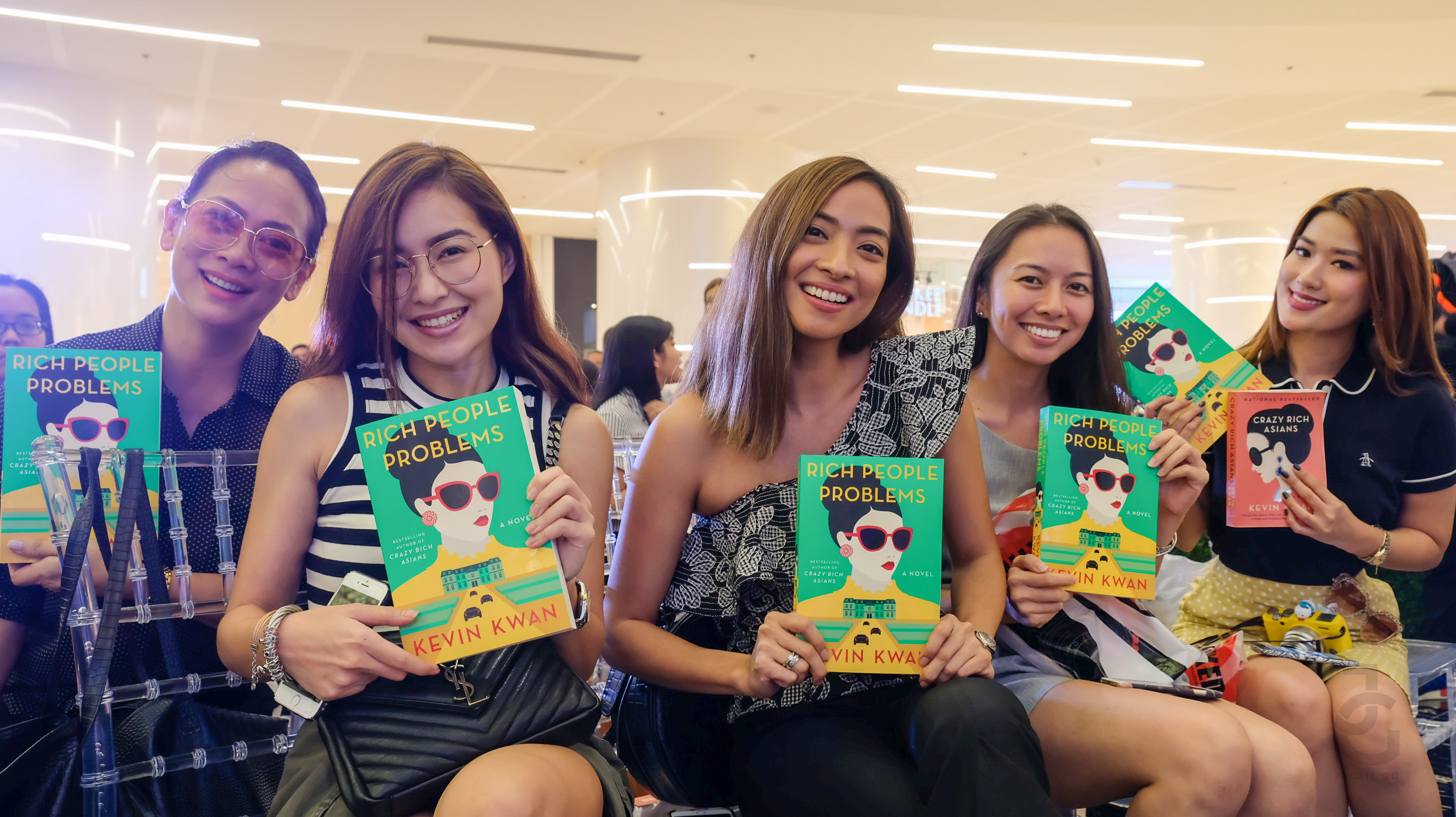 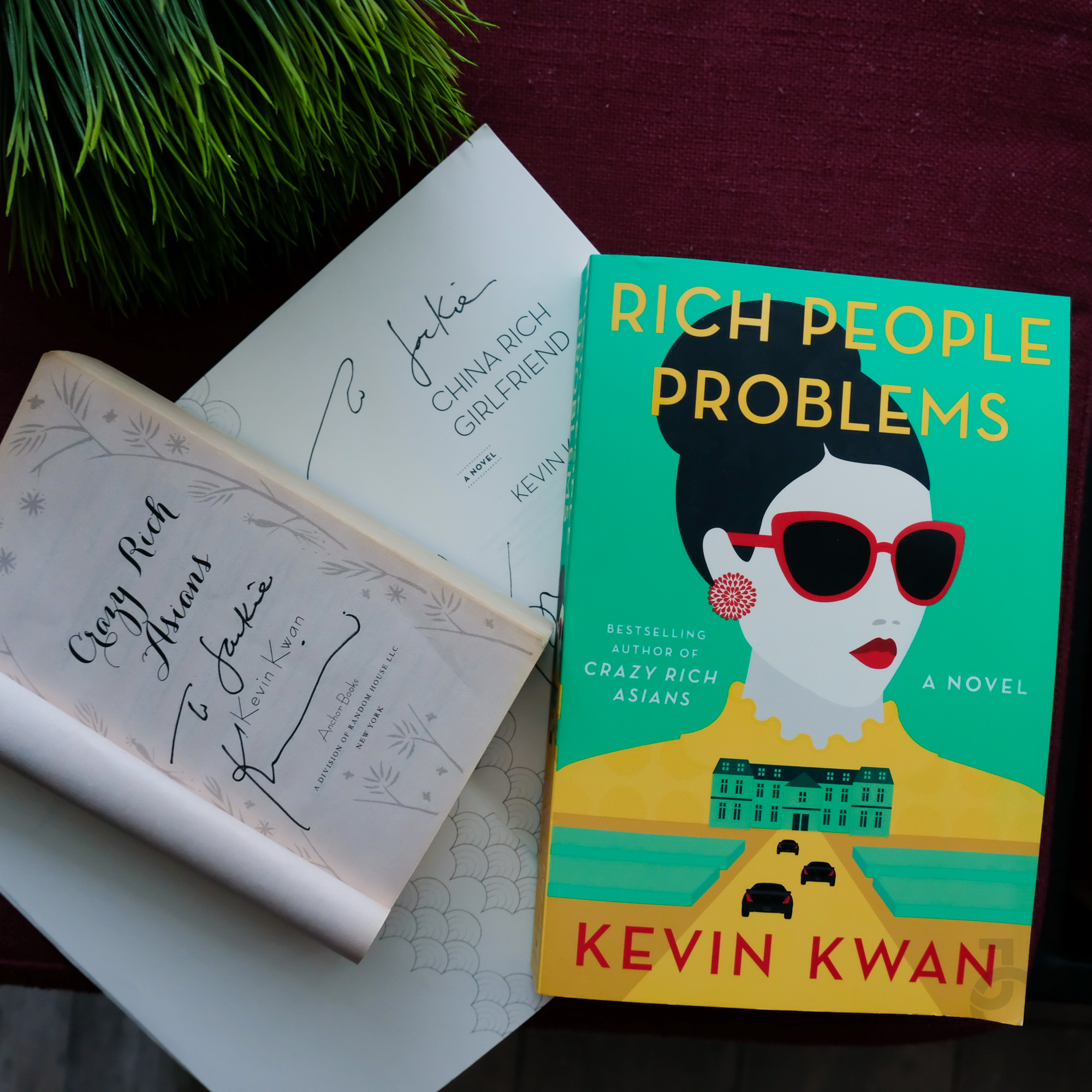 So happy all of my Kevin Kwan books were signed by him!

Seriously cannot wait for the movie adaptation to come out next year. I learned the team meticulously made sure every important detail from the book was brought to life in the movie! HAAAYMSOHEGGZITTEEEED!