Being an asthmatic girl, I always use it as an excuse whenever I am faced with physical activities that can hinder me to do my best and give my all. And because I was able to overcome (more like manage) my asthma later in life, I lived my younger years afraid to try and to push myself to go for activities that would challenge me to be better.

When I learned my kids have asthma, I was determined to do everything I can to help them manage their attacks and live fully despite having the condition. I don’t want them to be afraid to try and do things that would challenge them. I wish for them to live a good life and be a winner against asthma, just like finalists of GlaxoSmithKline (GSK) Search for the Winners Against Asthma (SWAA).

Launched in February 2015, the Search for Winners Against Asthma is a nationwide search for young asthmatic achievers aged 30 years and younger who are outstanding in their respective fields despite having asthma and inspire asthma sufferers that they, too, can win against the condition. 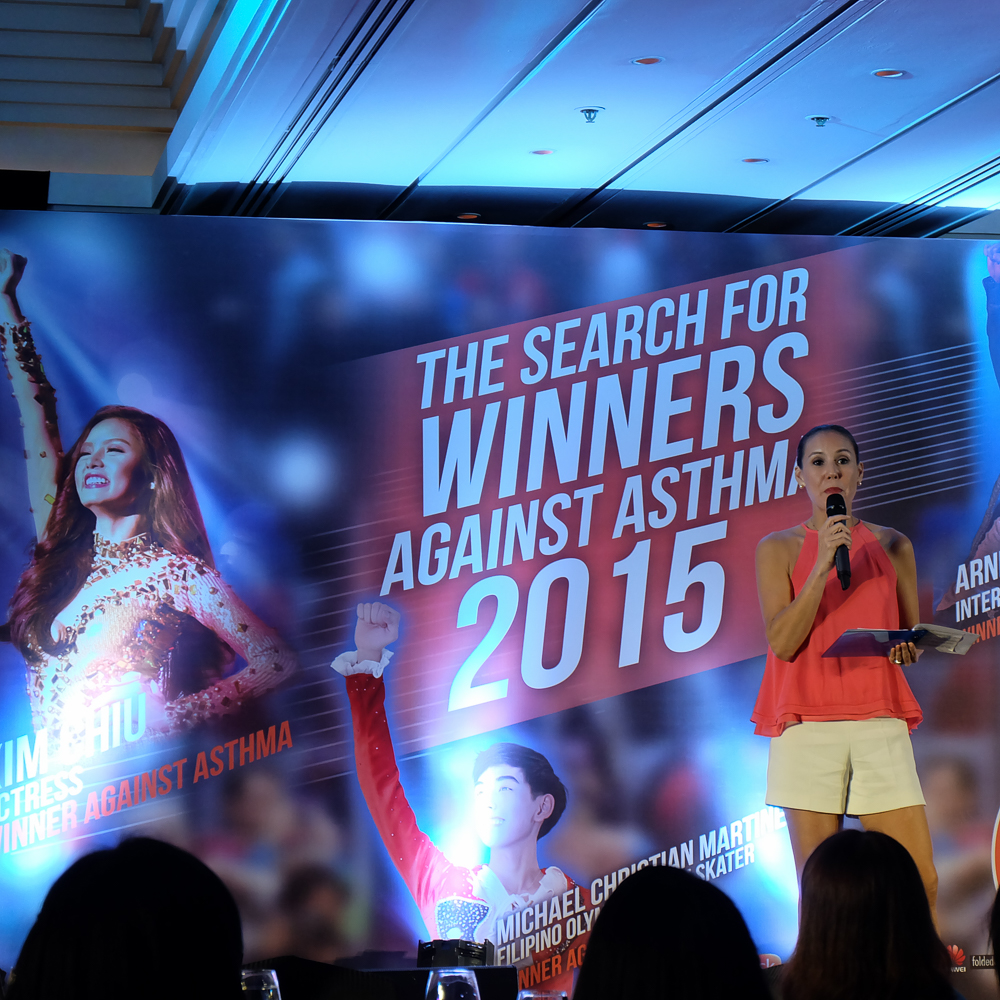 The SWAA is open to all Filipino citizens or foreigners with a permanent Philippine address that have been diagnosed as asthmatic by a qualified physician.

Applicants can choose to share how they have won against asthma. These may be in various fields including Arts, Academics, Career, and Sports.

Applicants were also required to answer the question: How did you Win Against Asthma? The screening committee then used the following criteria for each entry

Excellence in their Field or Category 50%

Evidence of winning over asthma 30% 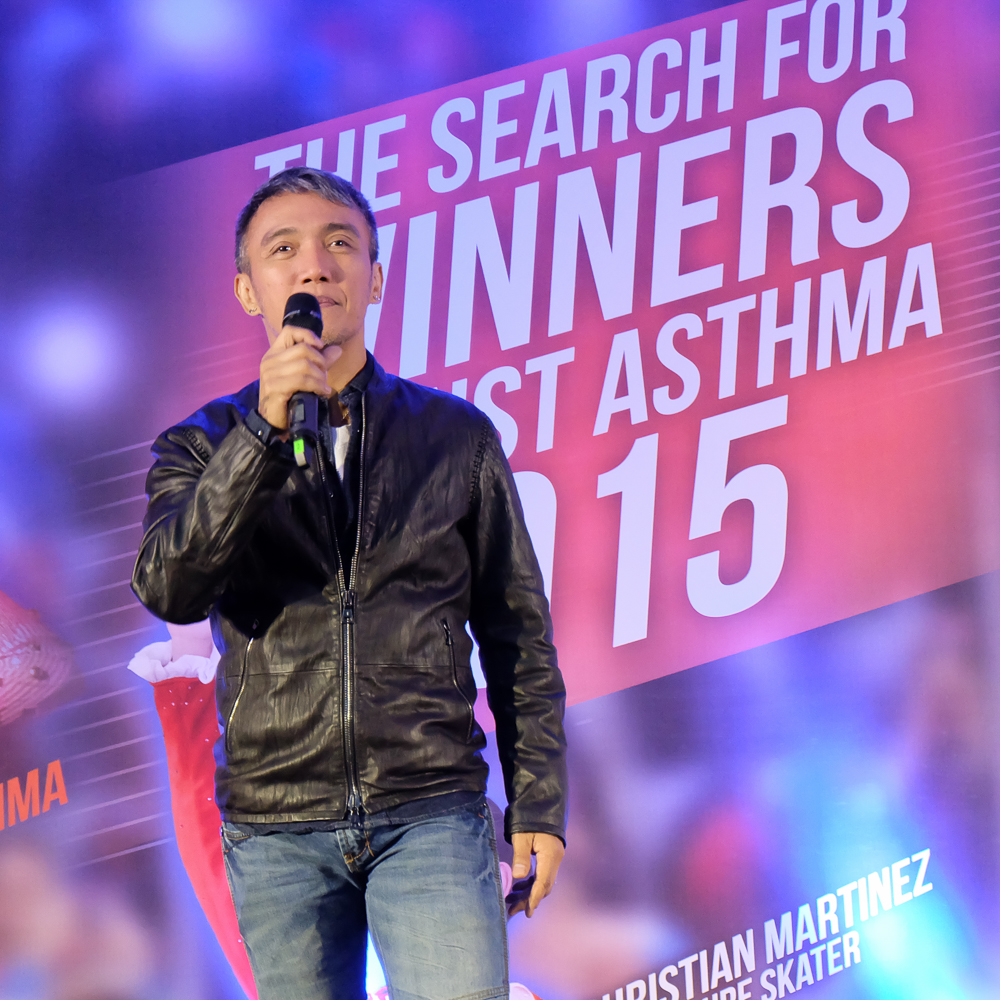 International rock superstar Arnel Pineda, alongside actress Kim Chiu and Filipino Olympic Figure Skater Michael Christian Martinez, were the ambassadors of the campaign. Kim & Michael weren’t physically present during the event but they gave their inspiring message to everyone. Arnel, on the other hand gave a wonderful performance and awarded the winners during the culminating event of the campaign. 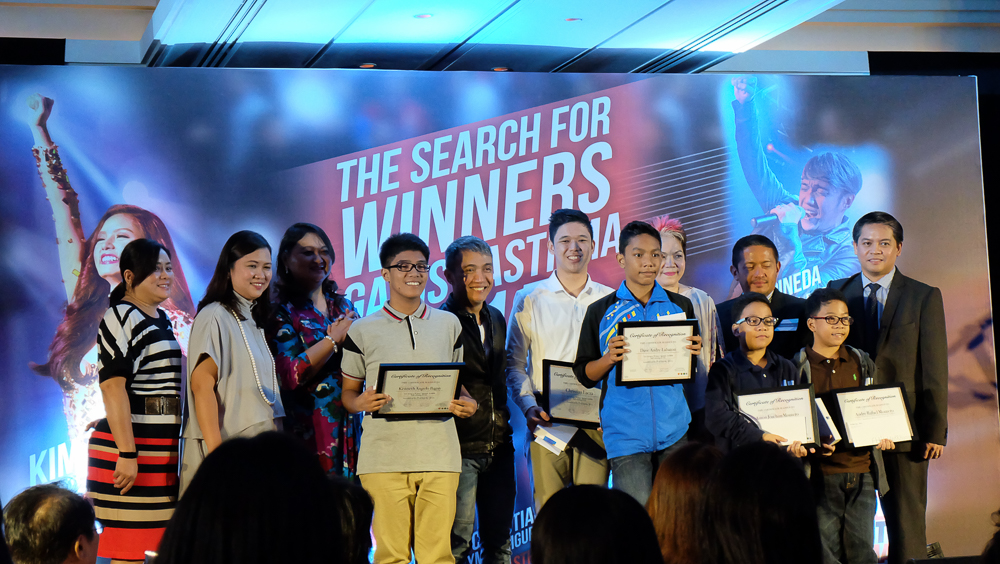 In the youth category of 19 years old and below, Christian Lacza, a student from Navotas City was judged as the grand prize winner. The runner up winners in the youth category are 15-year old student and dancer Christina Chua; taekwondo twins Andre Rafael and Anton Joachim Montero; consistent student scholar Kenneth Angelo Bagay and Dave Andre Labaton who is also a taekwondo medalist. Christian is one of the 2014 Kabayan Ten Outstanding Public School Students, and 2014 Ten Outstanding Youth Leaders of Navotas City. He was also an awardee of the 2010 Gawad Huwarang Kabataan of the Antolin Oreta Sr. Foundation and Gawad Modelong Kabataan: Galing at Dangal ng Malabon of the Arnold Vicencio Foundation. He is also the youngest recipient of the Orator of the Year Award in Navotas National High School.

“When I was young, my asthma attacks were so severe that my mother would have to bring me to the hospital almost weekly. This made me realize that if I cannot excel in physical activities, I have to discover and focus on my other strengths,” says Christian.

“Going to my pediatrician was a constant necessity, and she made sure I get the proper medication and treatment, but more than that she never failed to cheer me up and would always give me words of encouragement whenever I visited her.”

“Instead of letting asthma stop me I stopped asthma from interfering with my life as I pushed myself as a holistic learner– excelling in academics, student leadership and in various competitions.” 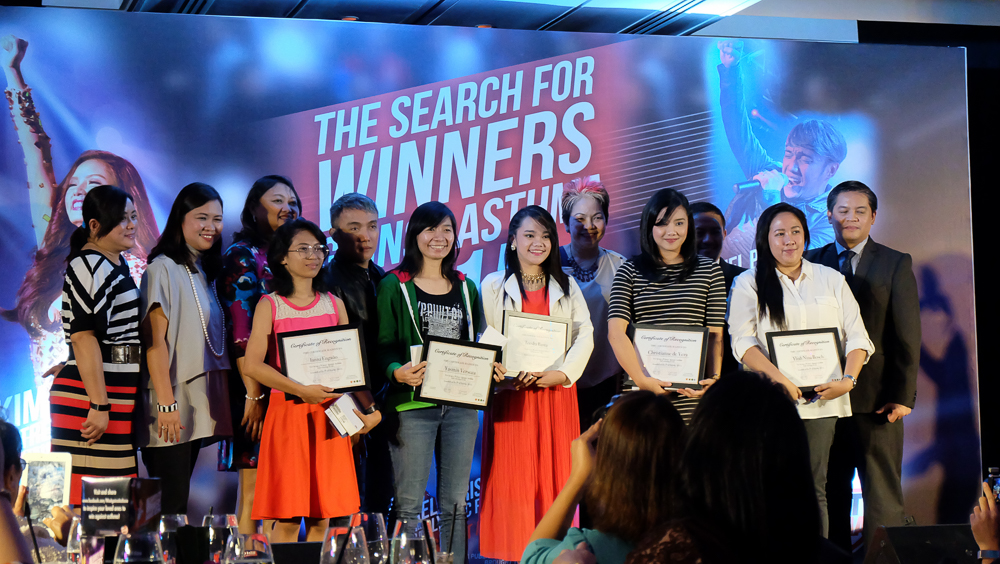 In the adult category, incoming third year medical student Teesha Banta was judged as the winner.  The 23-year old student from St. Luke’s College of Medicine, was a full scholar in her first two years of med school and graduated Cum Laude from University of the Philippines Los Banos with the degree of BS Biology Major in Wildlife Biology. The other winners in the adult category are UP student Ianna Engaño an athlete, musician, artist and social activist; Yasmin Versoza a firefighter and member of the Marikina City Fire Truck crew; Christianne de Vera a triathlete; and Yliah Nina Bosch a registered nurse who is working as an Emergency Nurse Responder at the Ninoy Aquino International Airport. 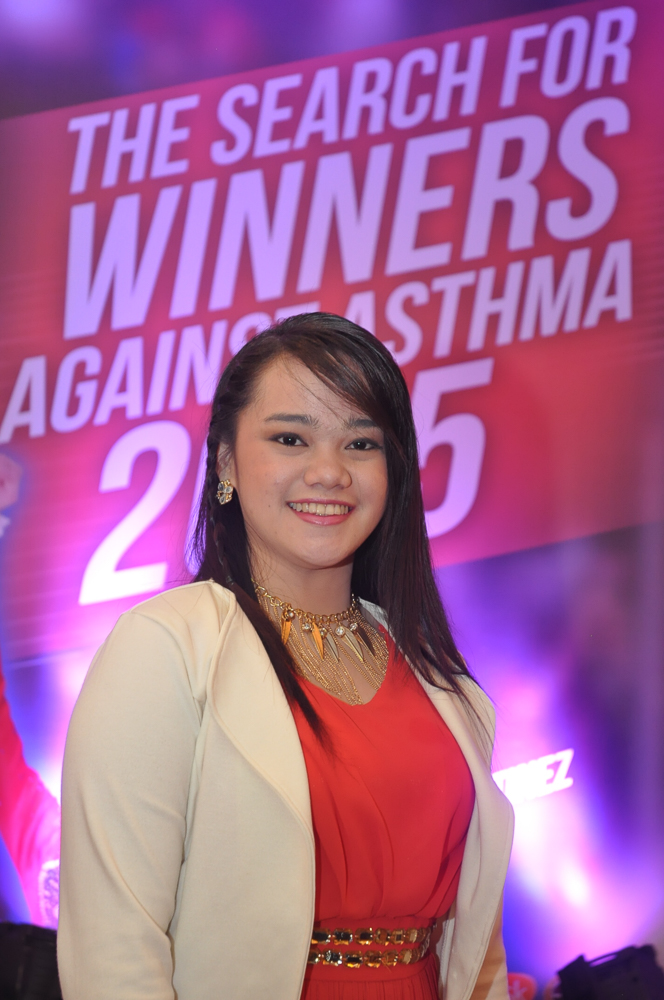 She is a lifetime member in two international honor societies but besides her academic achievements, she is also actively involved in community service. As an active Girl Scout, Teesha received two of the highest awards given by the organization– the Chief Girl Scout Medal and is one the 75 GSP National Young Awardees. She had represented the country in national and international events, specifically as an advocate and a National Peer Educator on Adolescent Female Health.

“Asthma runs in our family but symptoms of severe asthma began when I was in college, which, unfortunately, was also the time when I was so involved in my schoolwork and scouting. My mother, who is a doctor and is also an asthmatic, helped me through most of my journey by taking care of me and reminding me to take my medicines. Actually, because of my asthma, I had to temporarily stop med school because bed rest was advised. But it did not stop me from taking a part-time job as a high school Science teacher. Besides being a doctor, teaching was my second dream job”, Teesha narrates.

“Every time I have my asthma attacks, the only thing on my mind is to get well so I could go back to studying and become a doctor to prove that asthma should not stop you from pursuing your dreams.”

Teesha said she plans to become an OB-GYN or specialize in Pediatric Pulmonology so she could treat asthmatic children.

Her message to other asthmatics? “During our many asthma attacks, we may feel powerless and helpless. We do not have the strength that non-asthmatics have and it may feel like it is the end of our dreams, I had that feeling when I had to temporarily stop med school because of my asthma. Well, these are all lies. Our condition is but another challenge that adds more meaning to each of our achievements, an opportunity to push harder, aim higher, and be better persons and citizens of our country.  Perhaps we were given this condition because we have the ability to turn these “setbacks” into “set-ups” of better things to come. We can defeat asthma and we can conquer our dreams!” I, together with fellow mom and blogger, Kelly Misa.

“A lot of asthma patients have accepted lifestyle restrictions resulting from uncontrolled asthma as the norm, assuming that frequent symptoms, exacerbations and lifestyle limitations are an inevitable consequence of having asthma. With the Search for Winners Against Asthma campaign, we hope to encourage and inspire more young people to live their lives to the fullest and not let asthma prevent them from doing the things they love.”

“Kim, Arnel and Michael are asthmatics who have proven not only to themselves but to the entire world that they can take control of their condition and never let their asthma stop them from following their dreams and achieving success in their very competitive careers,” Dr. Barangan added.