Hello! The long weekend has given me enough time to recharge and relax and just like that it’s already November! One of my favorite months because for one, I’m excited (as always) for Starbucks’ holiday beverages and for this year they’re adding a new drink which has a base of my favorite drink: white chocolate mocha!

Can't wait to try this!

You see, I’ve been using Starbucks’ planner for six years now. I started in 2006 with my very first planner. I have no intention to collect stickers back then but because I find Starbucks’ holiday drinks delicious eventually, I found myself finishing the number of stickers needed even before the start of December.

two of my Starbucks' planners

And because I love the holiday drinks, I always end up having more stickers that’s good enough for another planner thus, the husband gets his own too.

I also like that I get to share my “stickers” even to random strangers, even after I’m done collecting them I still buy the holiday drinks and give the sticker to whoever is lined next to me because I believe that sharing is caring! *winks* 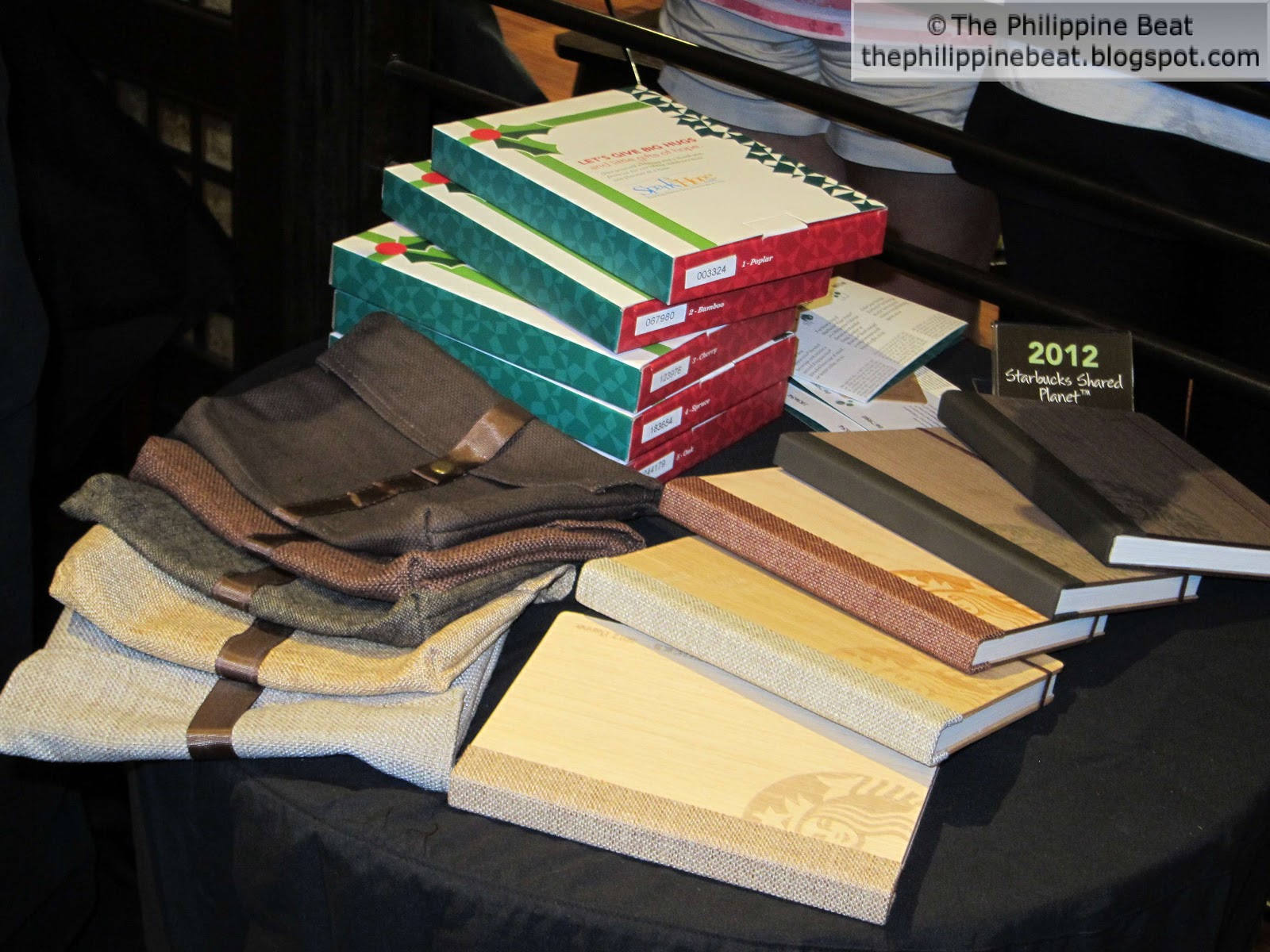 I had a hard time choosing what planner to get each year because each year has at least three variants to choose from so when I learned that for the 2012 planner there are five planner covers, as I early as now I keep on thinking what to get! Each planner also comes with a free reusable pouch with interior pockets for pens and whatever you want to put. Aaaah! I think I might collect the 2012 planner just for the pouch! heehee.

For a more detailed post about the 2012 Starbucks Planner, visit The Philippine Beat’s blog.

Oooh today is the start of Starbucks holiday drinks, so what are you waiting for? Run to a Starbucks near you!

It’s almost the weekend once again and it’s another long weekend for us here in the Philippines. Woooot!

Have a happy Thursday everyone!