Change is the only thing constant in this world.

And unfortunately so is climate change.

I was still in school when I first learned about climate change. How it’s been discussed not only during science period but also even in civic education and sometimes touched upon during english period.

Over the last decade or so, climate change has been a constant topic in schools and in other institutions. In fact people are really aware that it is happening, yet as a whole it’s challenging to put a stop to it because let’s face it, it’s not that easy and there are many factors to consider. I admit I am one of the many who feel like I can’t do anything except reduce, reuse and recycle as much as I can to help save the environment. It wasn’t until I visited the both of Climate Reality Project last month at BGC that I really  learned more about climate change–what causes it and what we can do about it. 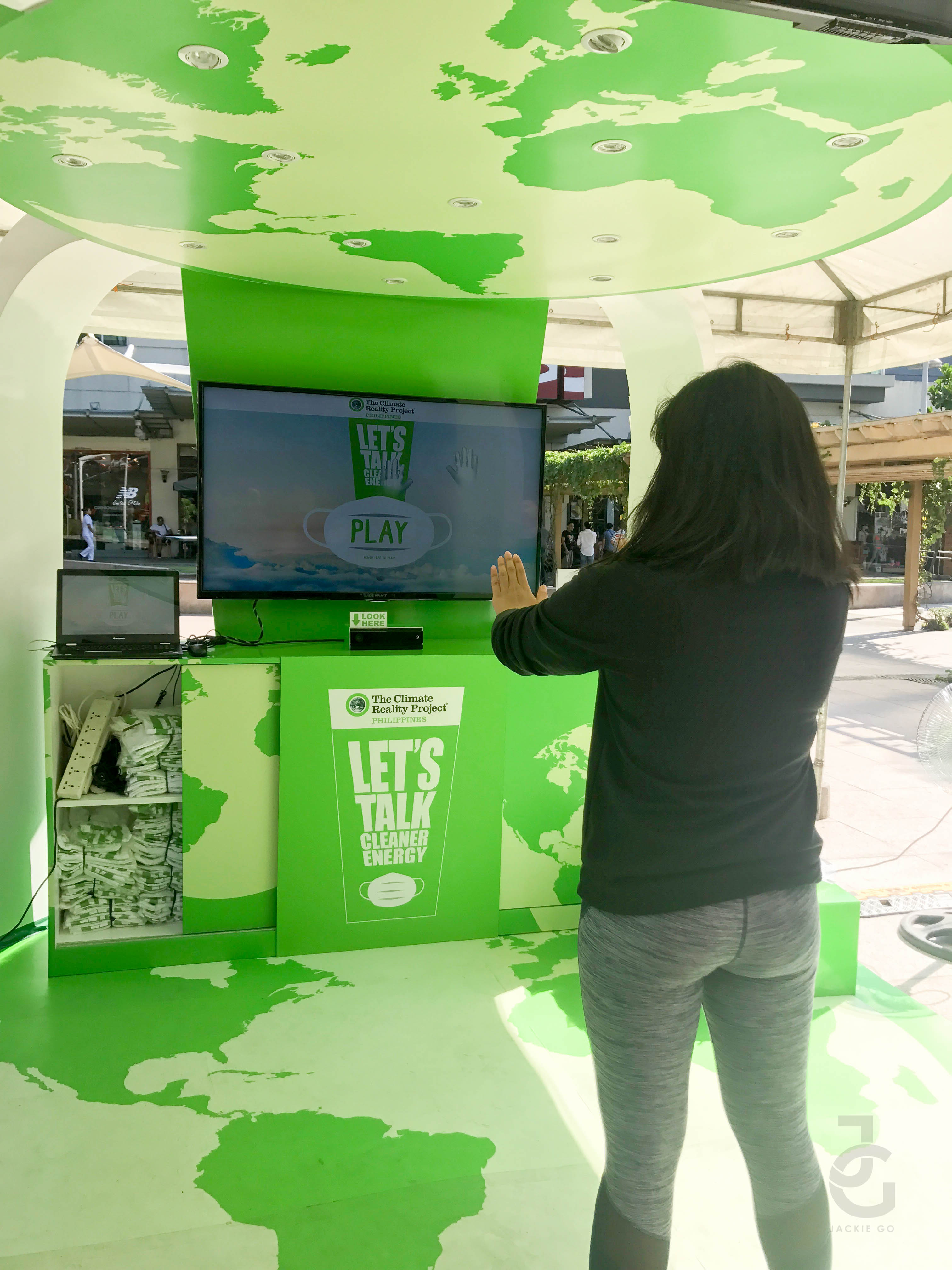 People who showed their support for Climate Reality’s Let’s Talk Cleaner Energy campaign played the interactive game where they virtually cleaned the air. They also had their photos taken at the booth which earned them prizes.

Climate Reality’s mission is to help spread the word about the reality of climate change. How it is slowly happening and what we can do as individuals and as a nation to slow down it’s progress. 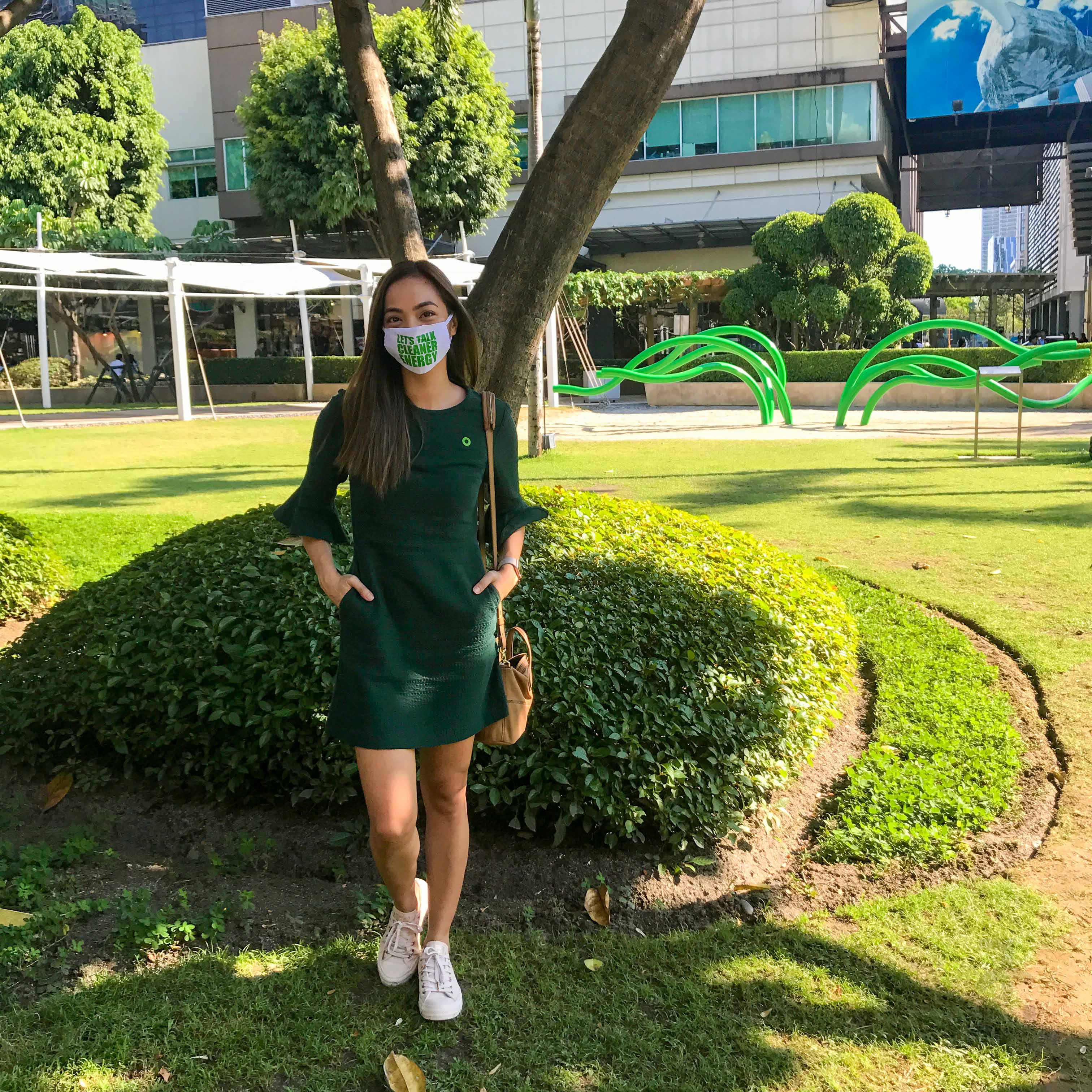 After visiting Climate Reality’s booth that sunny afternoon, I went home that night researching about the topic that is often discussed but usually shrugged off–climate change, it’s causes and effects to us and our families.

WHAT ABOUT CLIMATE CHANGE?

Climate change refers to the rise in average surface temperature on Earth. It’s our use of fossil-fuels that releases carbon dioxide and other greenhouse gases that mainly causes global warming. And when these gases are trapped in the Earth’s atmosphere, it can greatly affect the planet’s ecosystem–rise in sea level (due to melted polar ice caps), severe weather changes that brings about drought or flood to name a few. All these changes affect not only the ecosystem of the Earth but its inhabitants–animals and us humans–as well.

THE THING YOU NEED TO KNOW ABOUT COAL

Did you know that burning of fossil fuels are mainly the cause of climate change and global warming? Did you also know that coal releases the most carbon dioxide out of all the fossil-fuels we use? Yes. Coal-fired power plants are the largest producers of anthropogenic carbon dioxide emissions. It also produces by-products such as methane and a wide range of carcinogenic chemicals and heavy metals.

Coal-fired power plants can bring a lot of trouble to our climate. One station plant can release tons of greenhouse gas that traps heat in our atmosphere. It’s time we change this sweltering reality before it’s too late. #LetsTalkCleanerEnergy

Imagine we inhale that thick layer of smog and we don’t even know it? Yikes. Because coal is seen as one of the cheapest and makes up one-third of the energy used to generate electricity here in the Philippines, coal-fired power plants continue to be the country’s top producer of electricity. Isn’t it ironic that despite the rising population, poor health and lack of resources needed to adapt to the worst effects of climate change, we are still very dependent on coal-fired power plants (which is one of the reasons why climate change is happening in the first place). Huhuhu.

Unfortunately, as much as it provides electricity to our country, it also greatly contributes to our country’s air pollution. Burning coal is a leading cause of smog, acid rain, and toxic air pollution. Air pollutants produced by coal combustion have been linked to serious damage to the human respiratory, cardiovascular and nervous systems. And coal miners are the first in line to be exposed to this. Sure they make a living out of it but their health being on the line is the price they have to pay, long term wise. If you really think about it we are all affected by climate change. No one is exempted from it. Though we are not on the front line, air pollution affects us all. Our children, our families, our friends. Every living creature is affected by it. 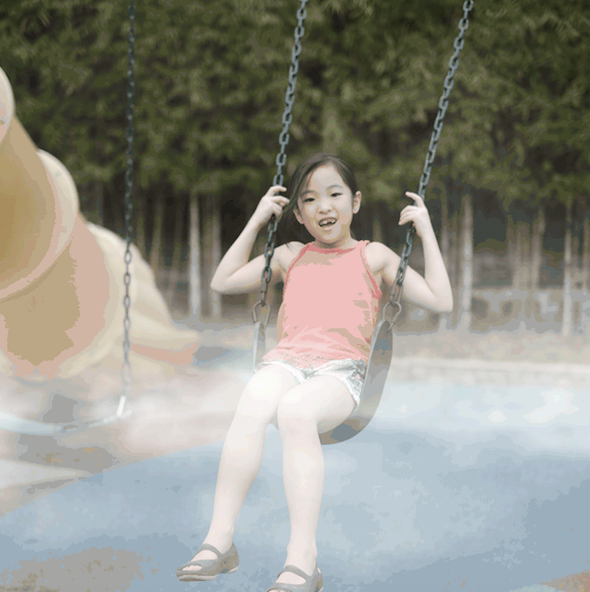 I can’t imagine my kids living in a world filled with worse smog. A world where they’re forced to confide indoors because air pollution has gotten so bad. Can you?

WHAT CAN WE DO ABOUT IT?

We can’t change the damage the use of coal has already done. It’s effect is present and is getting worse quickly 🙁 As individuals we can start by helping spread awareness on this global issue. I’m sure we all know climate change and global warming but only a few have done research to know that this is a serious global issue. Not to alarm you guys but with all the natural calamities and disasters we’ve experienced in the past years, isn’t it time we really do something about it?

We can start by supporting the initiatives made by Climate Reality Project Philippines–to spread awareness, encourage leaders to honor and strengthen their commitment to climate actions and to push for renewable energy.

Around the world, more and more countries are slowly transitioning to using renewable energy since technology has greatly improved and there’s reduction of costs, it has become more doable and sustainable. I hope one day our country can follow suit. In the meantime, I’m just glad to know that the Philippines finally joined the Paris Agreement! Yay! In essence, the Paris Agreement aims to strengthen the global response to the threat of climate change by keeping global temperature rise below a certain degree. With the efforts of those nations who signed the Paris Agreement, there’s a better chance for us to make climate action a reality. 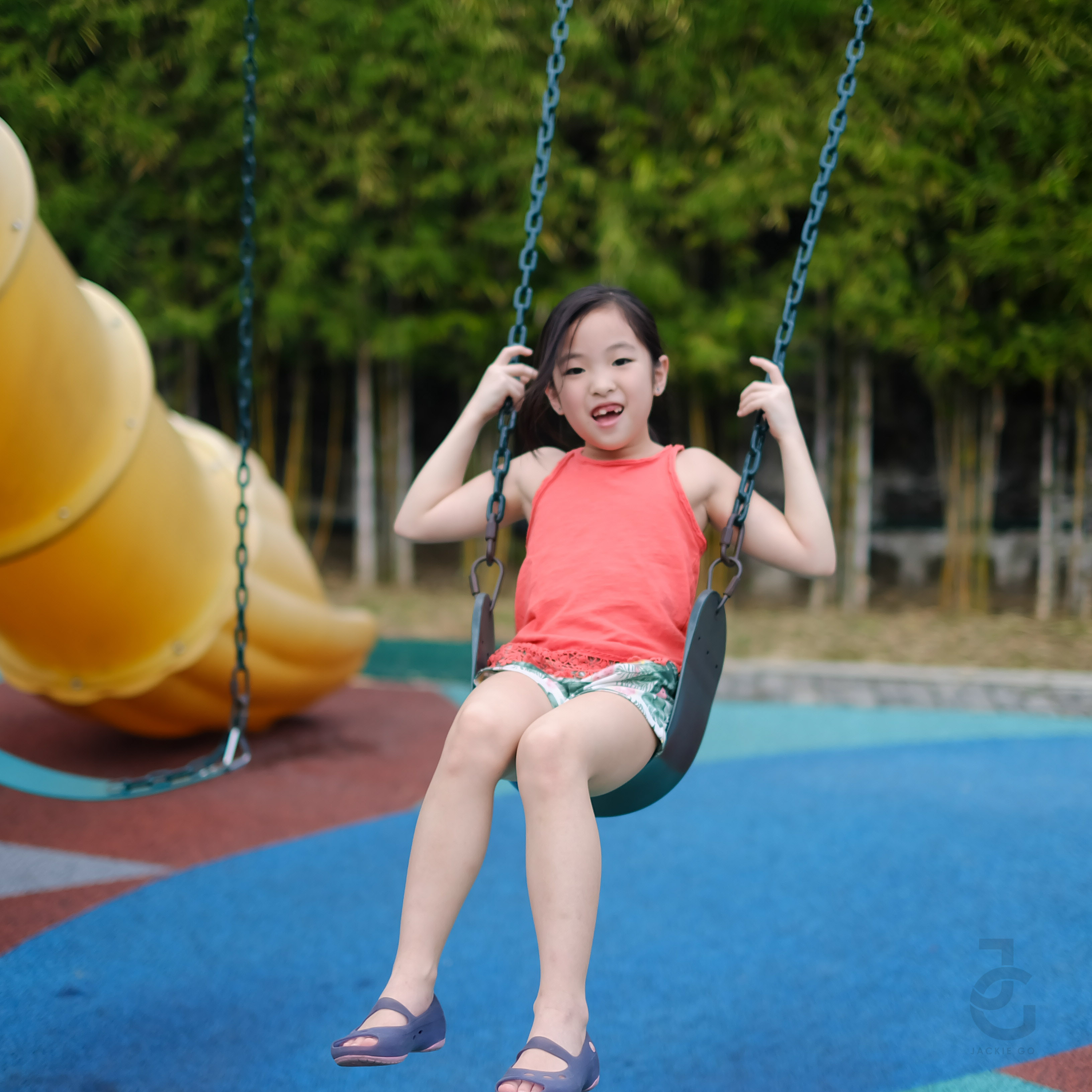 There is after all hope for the future. The future of our children and the generation after them to live in an environment that would nurture their health and overall well-being. I hope and pray, for the future generation’s sake, that we do everything we can in our power to reduce global warming and slow down climate change. 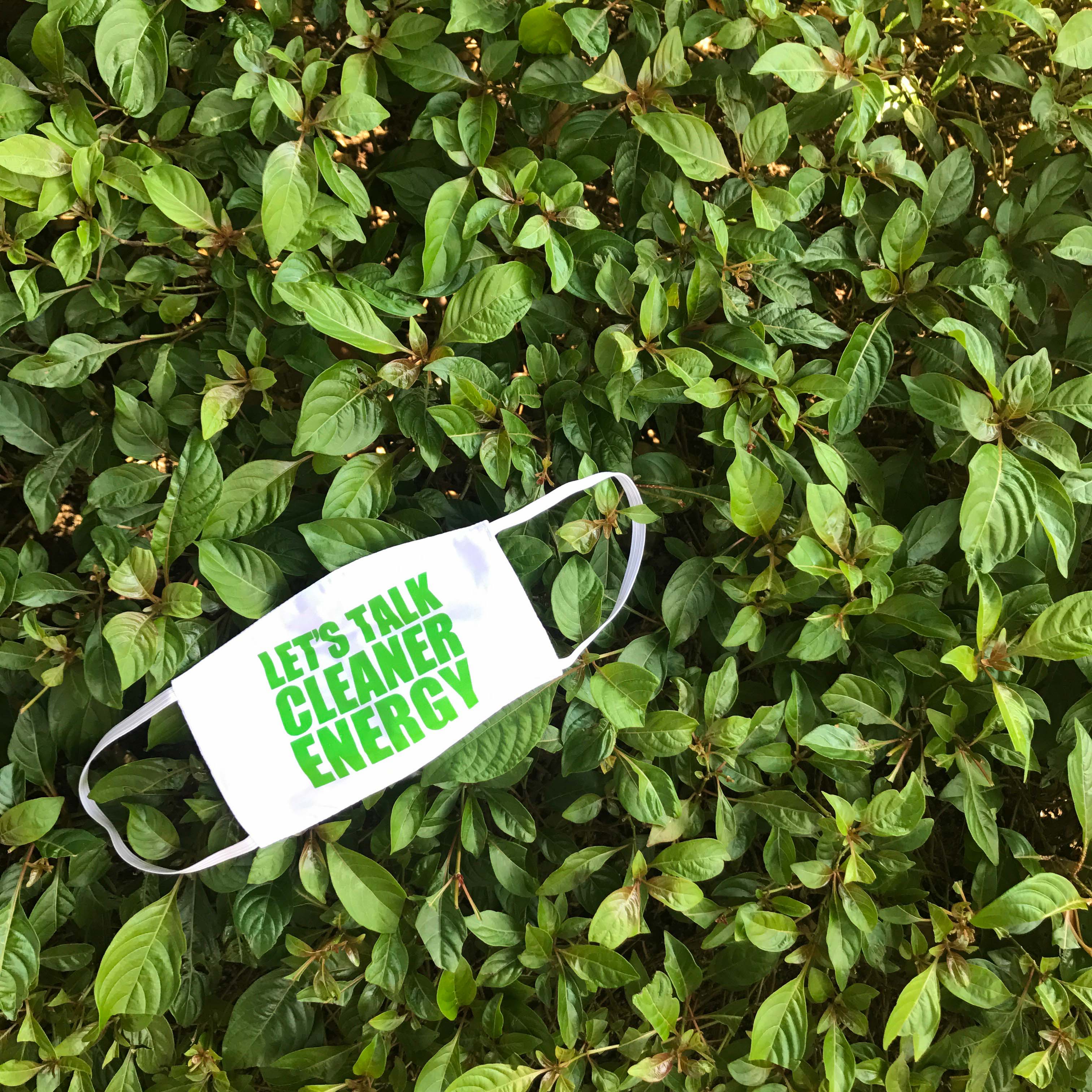 Please support The Climate Reality Project Philippines and #LetsTalkCleanerEnergy, guys. It’s a non-profit organization that aims to bring awareness on the reality of climate change. By saying no to coal we can make a difference in our own little way. Know more about it at www.facebook.com/climaterealityphilippines/

Don’t you think it’s time we focus on our environment and how we can help keep it clean and safe not only for our sake but for the sake of the future generations? 🙂