The famous and iconic American-Halal street food franchise, The Halal Guys finally made its way to the Philippines! 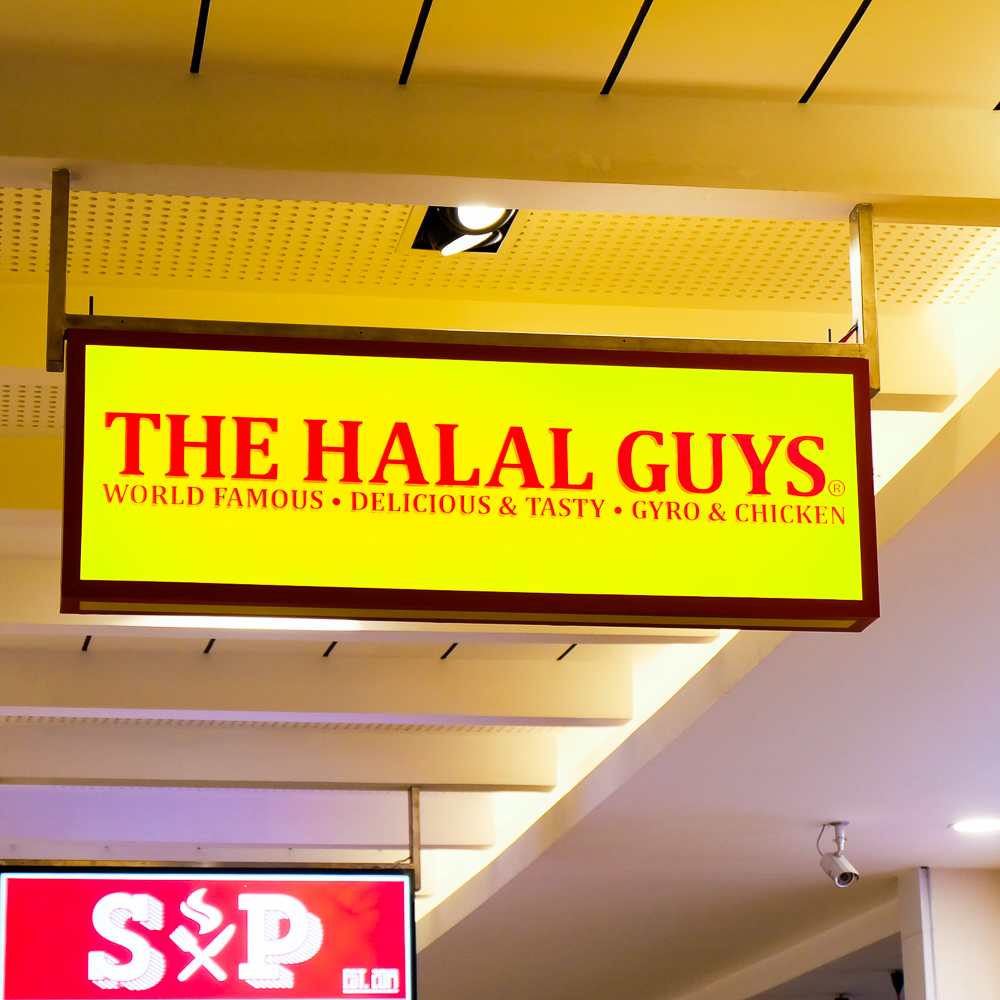 Anyone who has been to the Big Apple would agree that the experience of traveling to New York is never complete without a visit to the world famous food cart. If you ask someone who’s been to New York for tourist tips, that person would most likely mention a visit to The Halal Guys, as it is a MUST.

Now if you’ve never been to New York like me, fret not, for we can experience and end the craving, starting tomorrow! 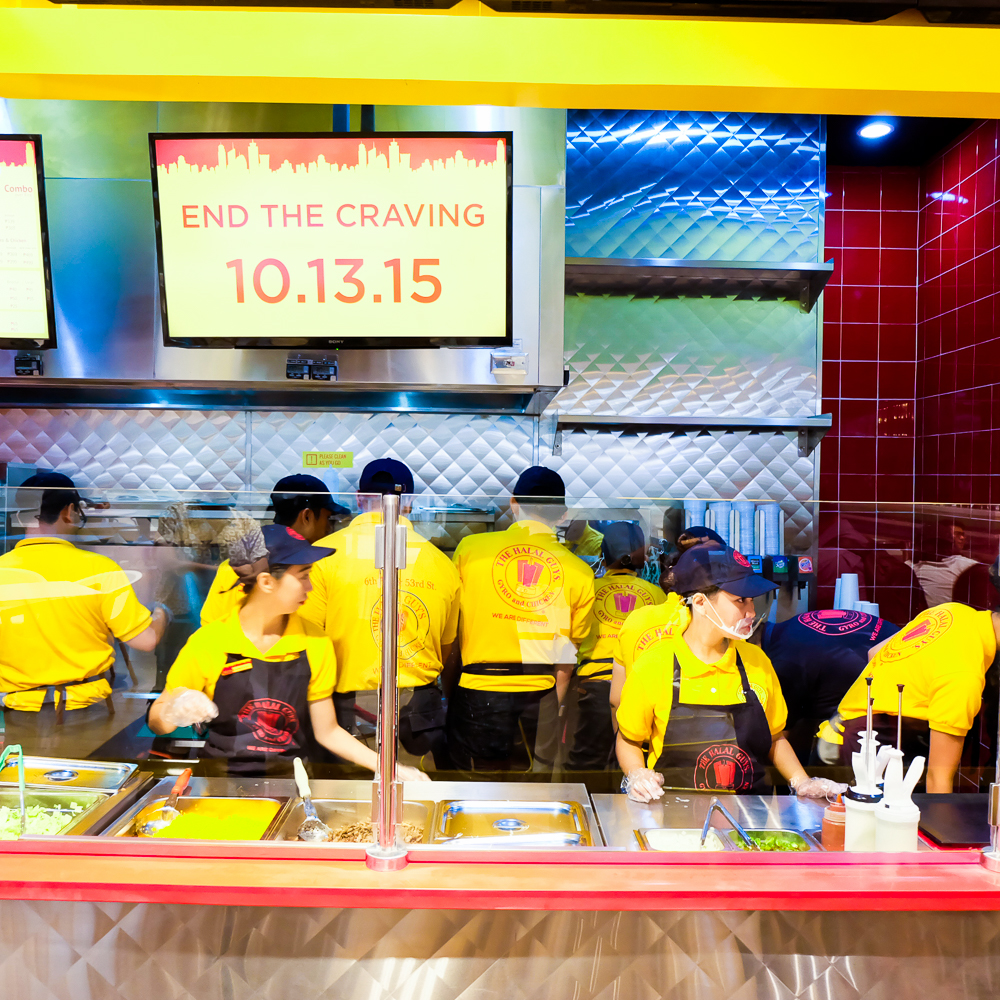 Jaime Daez, the man responsible for bringing in the world-famous food cart is such a huge fan. “The food tastes great and I don’t know of any other restaurant in New York that offers that kind of value for money.” 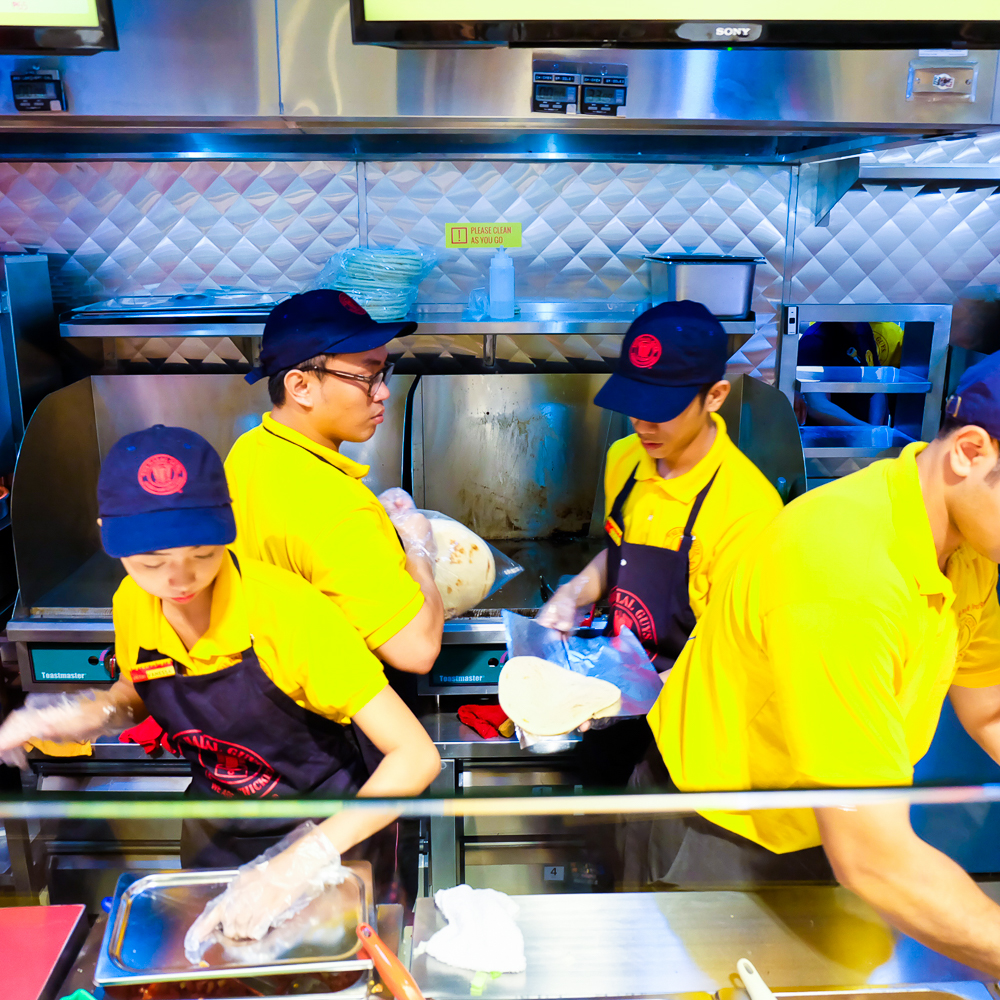 A complete experience of the wildly popular The Halal Guys menu will be offered in Manila. This includes everything from the rice platters to sandwiches; from falafels down to their iconic white and hot sauces. 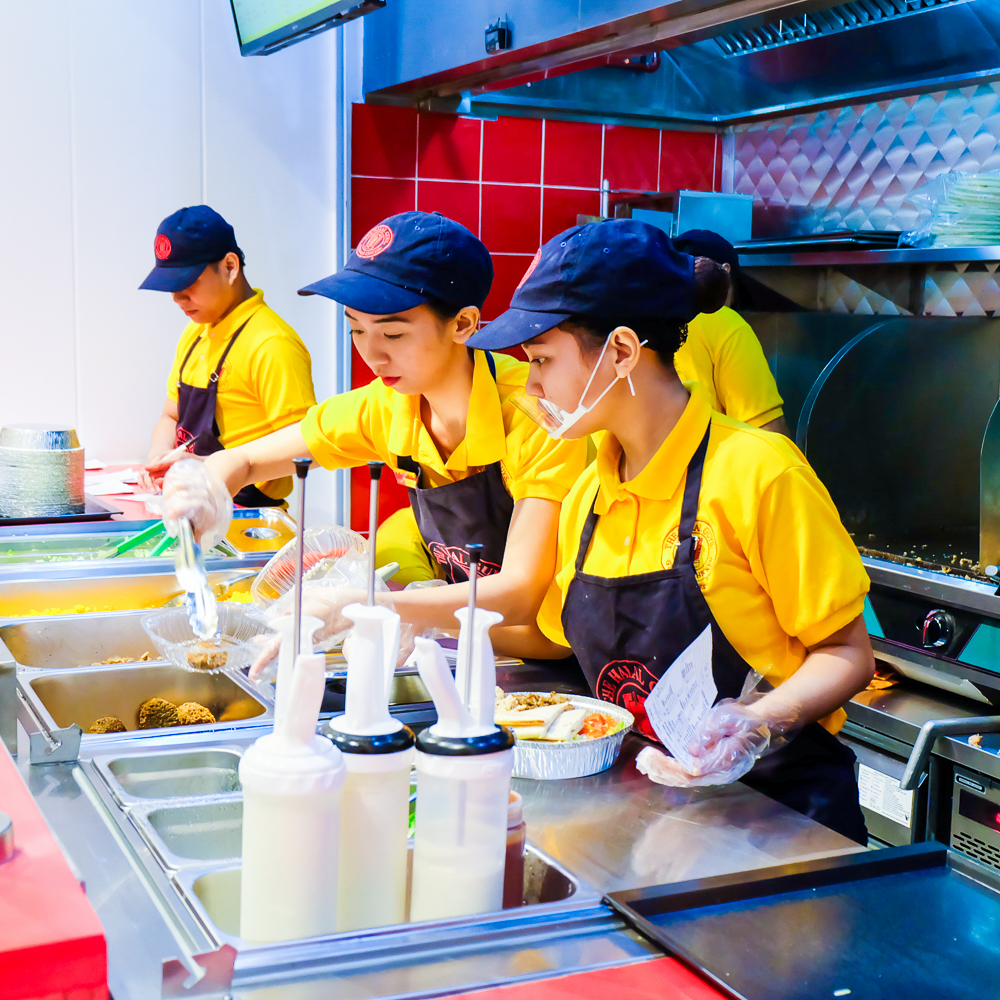 Currently, there are 5 food carts and 2 brick-and-mortar restaurants in New York. With the support of franchising giant, Fransmart, the brand is expanding across the US and around the world. The first stores that opened outside of New York , are Chicago and Costa Mesa, California and have plans underway to open stores in Houston Texas, Philadelphia and Washington DC, among others. As it expands globally, The Halal Guys’ first internationally location is the Philippines. That being said, we are the first to experience The Halal Guys apart from the states of America mentioned. Woot! 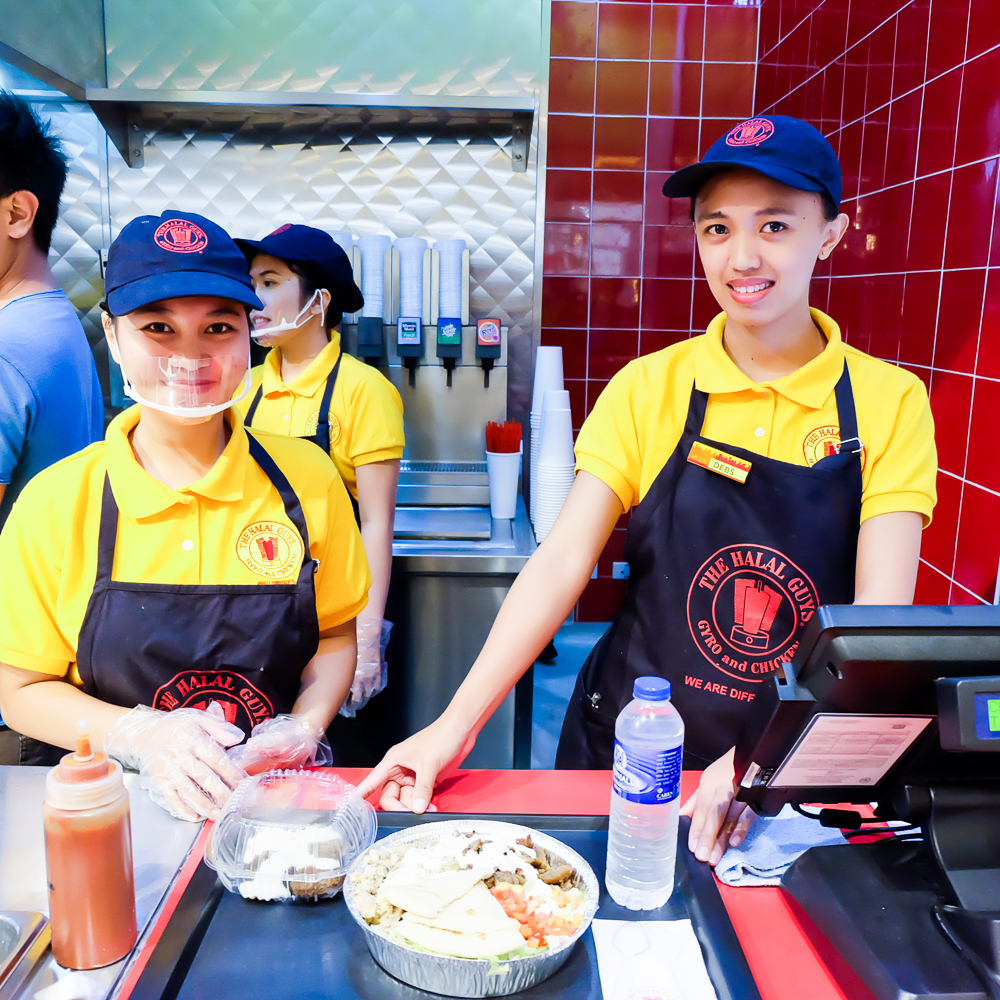 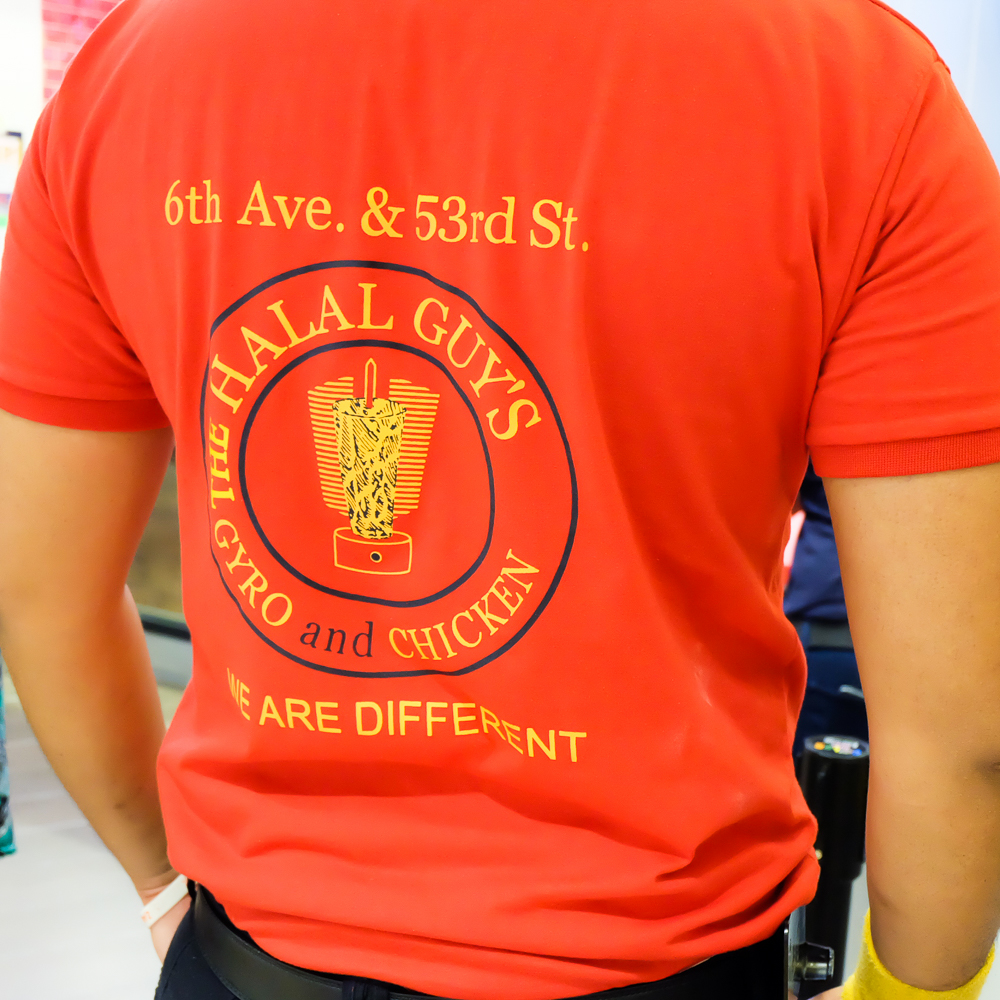 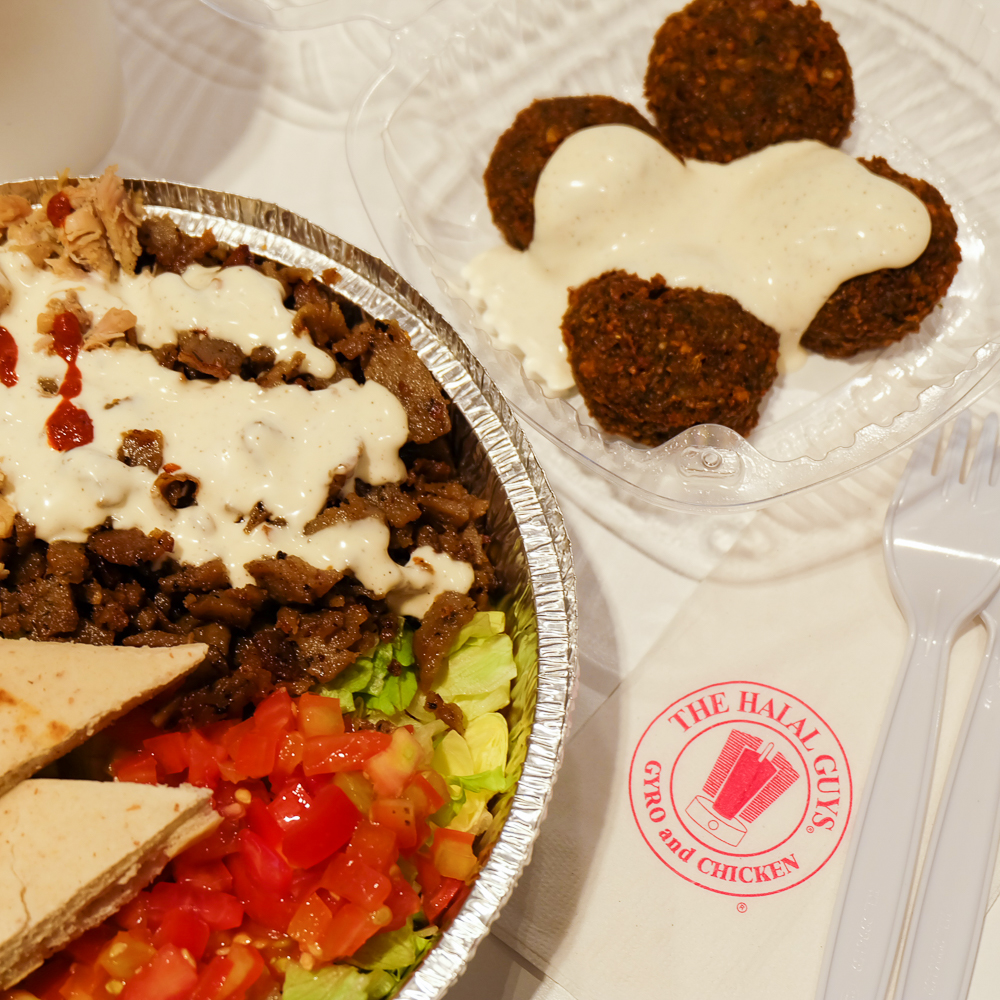 As usual, my very indecisive self proceeded to order the best seller. I got the New York size Gyro & Chicken combination with falafel. All smiles before I devoured my first ever The Halal Guys platter. 😀 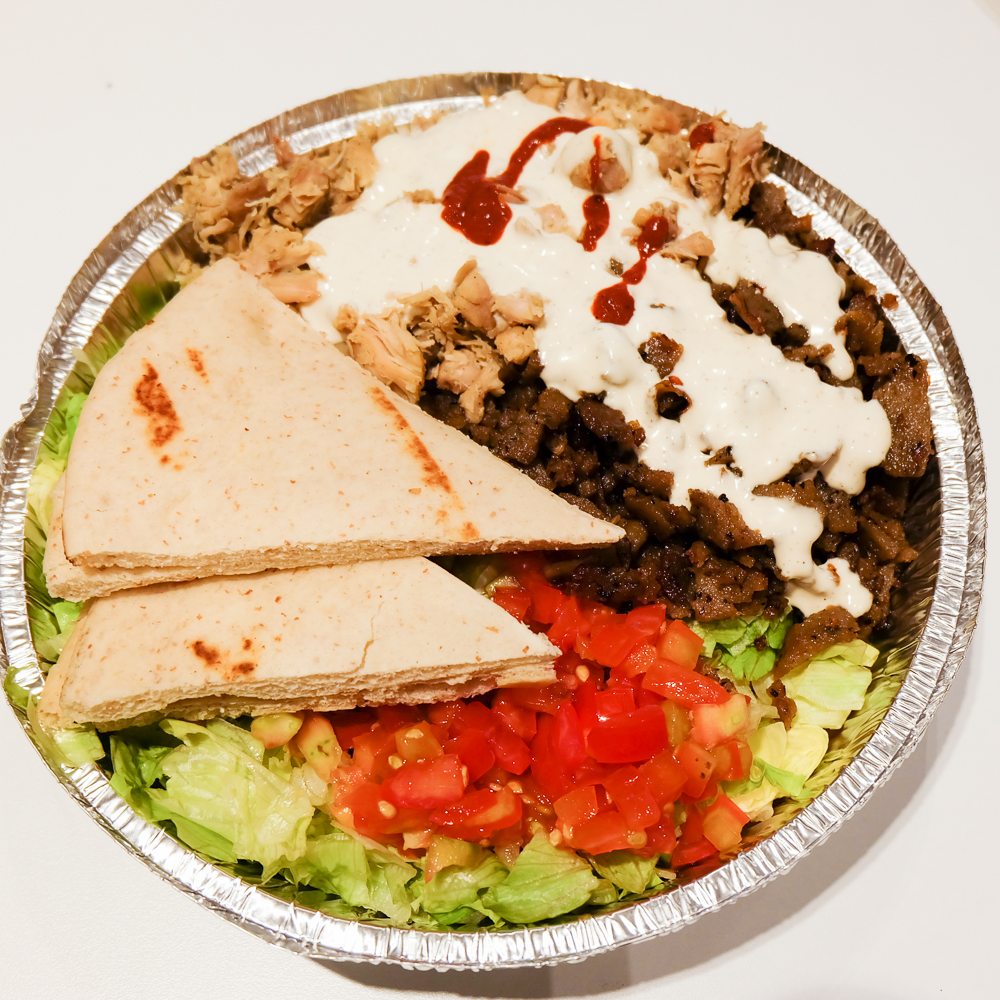 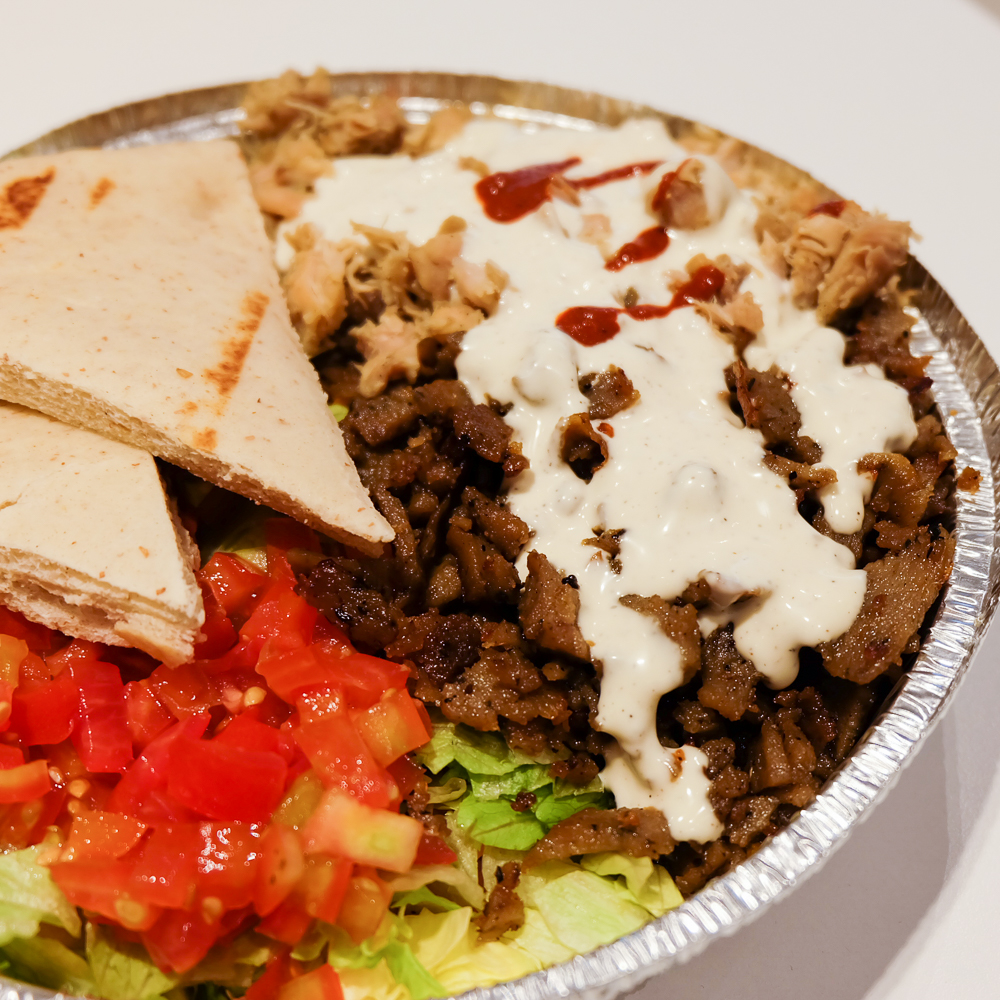 Shredded gyro & chicken, so tender there’s minimal chewing needed. I like that the platter is a complete meal – serving of meat, veggies, and carbs. Of course it wouldn’t be complete without the signature white sauce. And if you’re a fan of spicy food, go for a serving of hot sauce while you’re at it. Yum! 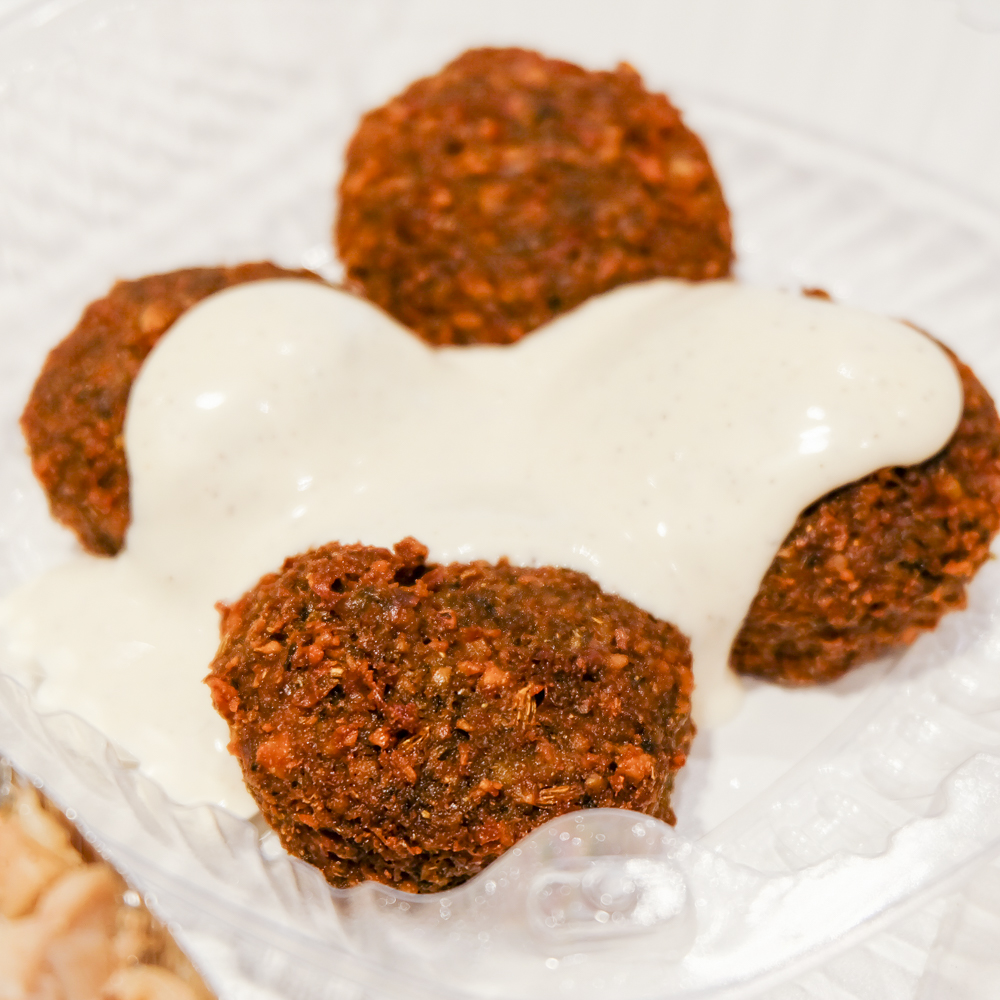 I never thought I’d like chicken peas as much as its in falafel form. Hihihi. Smothered in white sauce, it’s filling enough     on its own. For that extra kick, have a hot sauce. But I must warn you, it is really hot! Sarah Tirona & I. We both had so much fun that we snapped away our silly moments of hot sauce and falafels on our Snapchat. 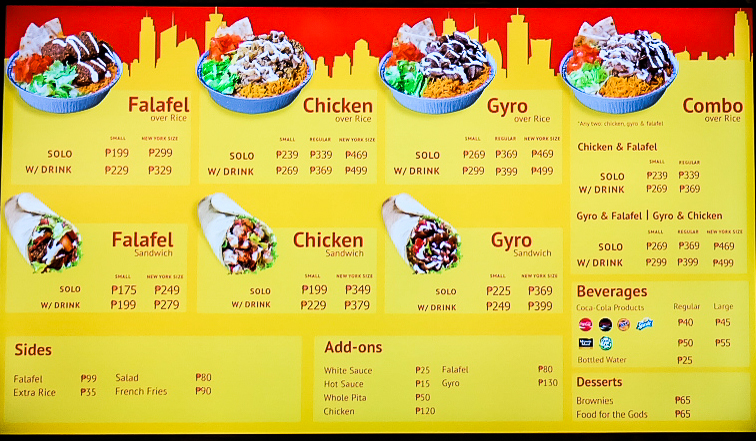 Nothing above P500 on the menu but be prepared to shell out at least P200 per person. 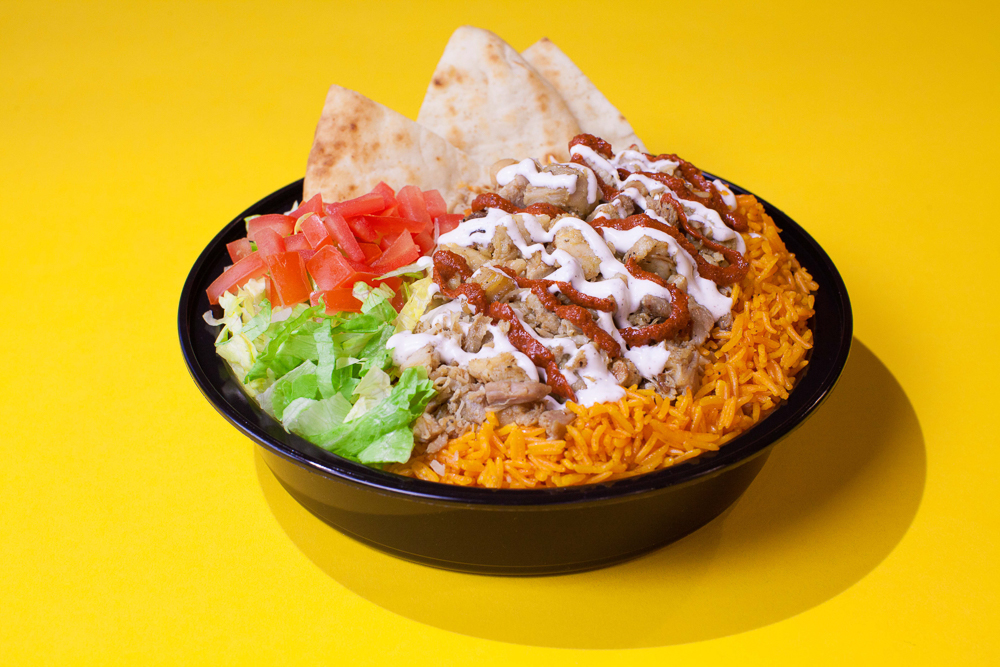 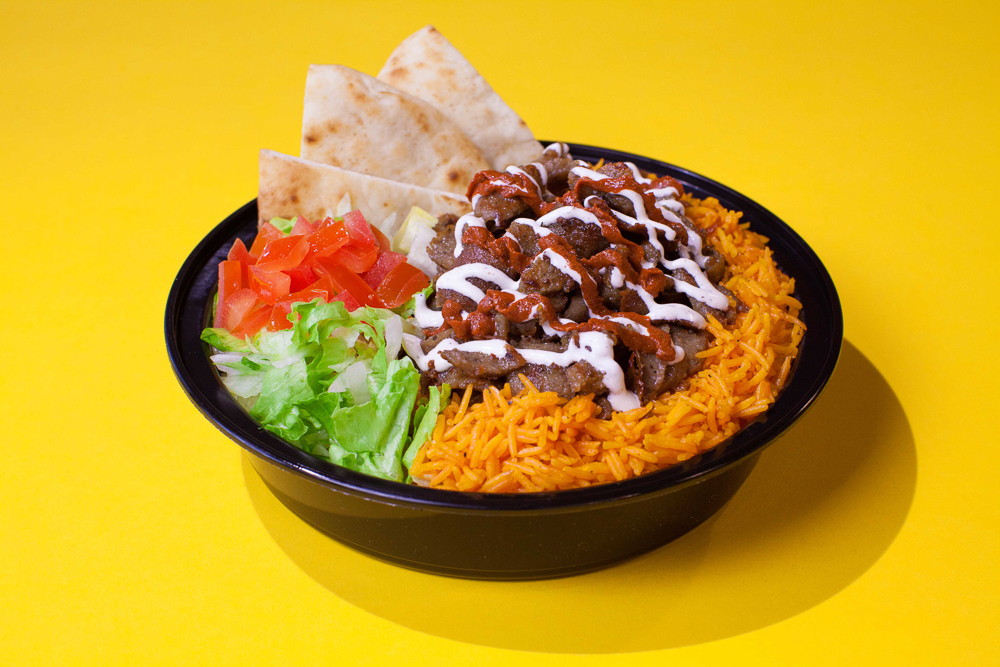 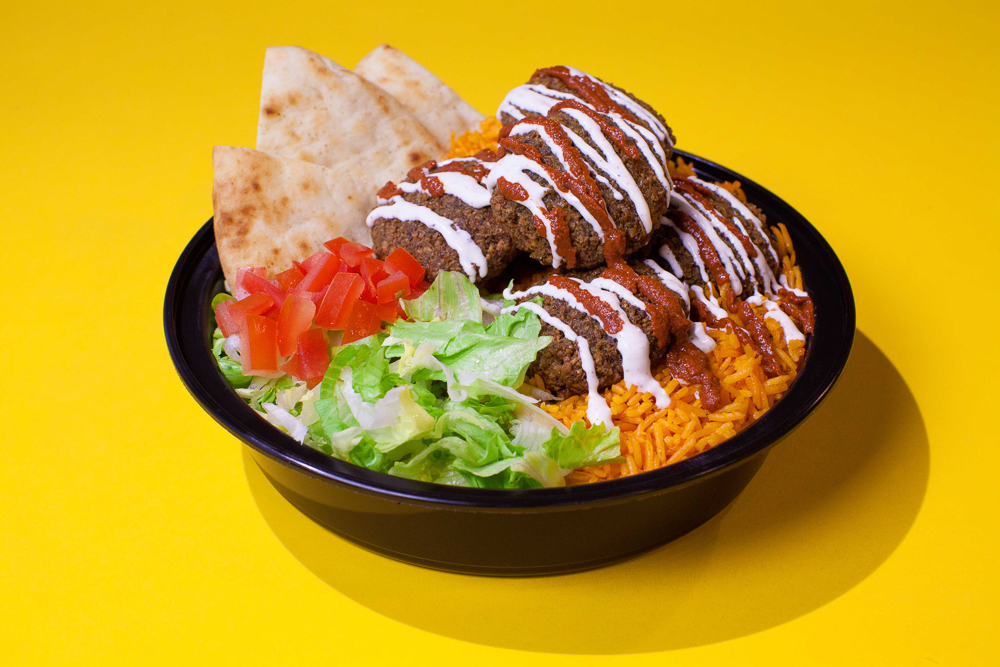 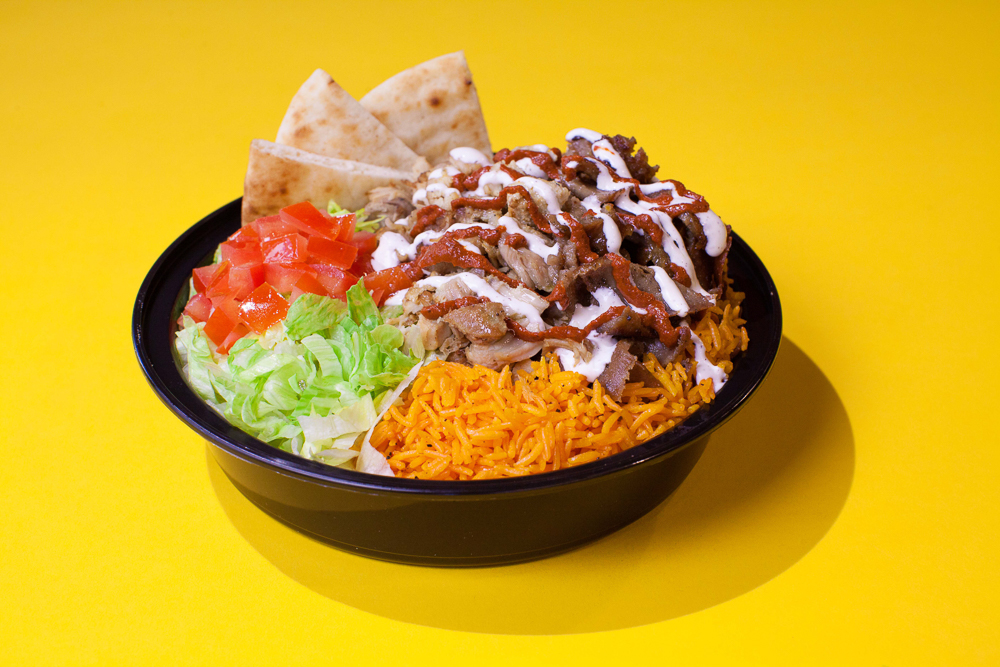 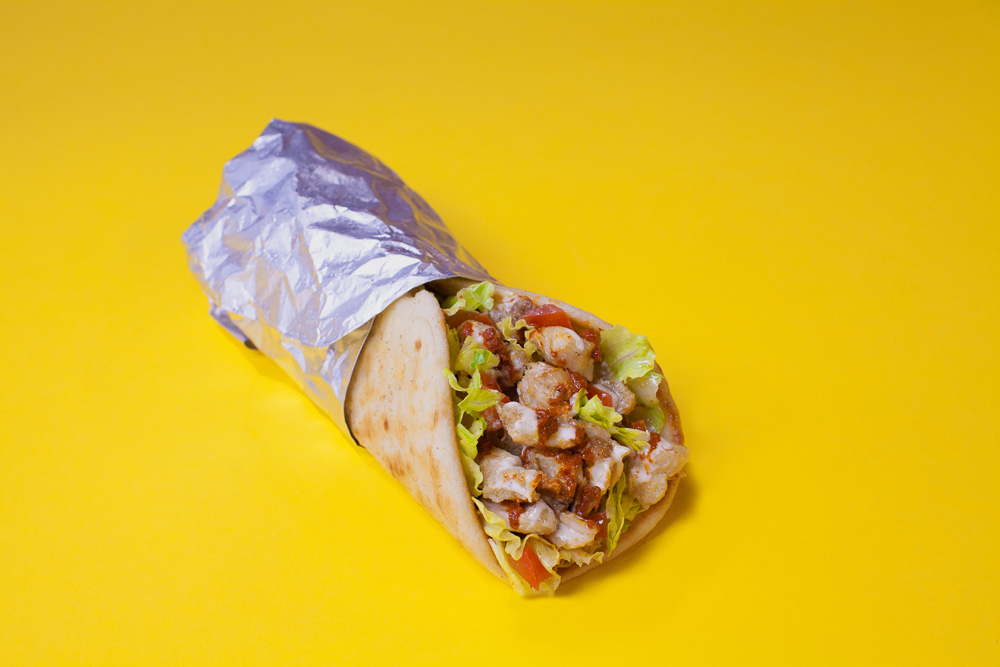 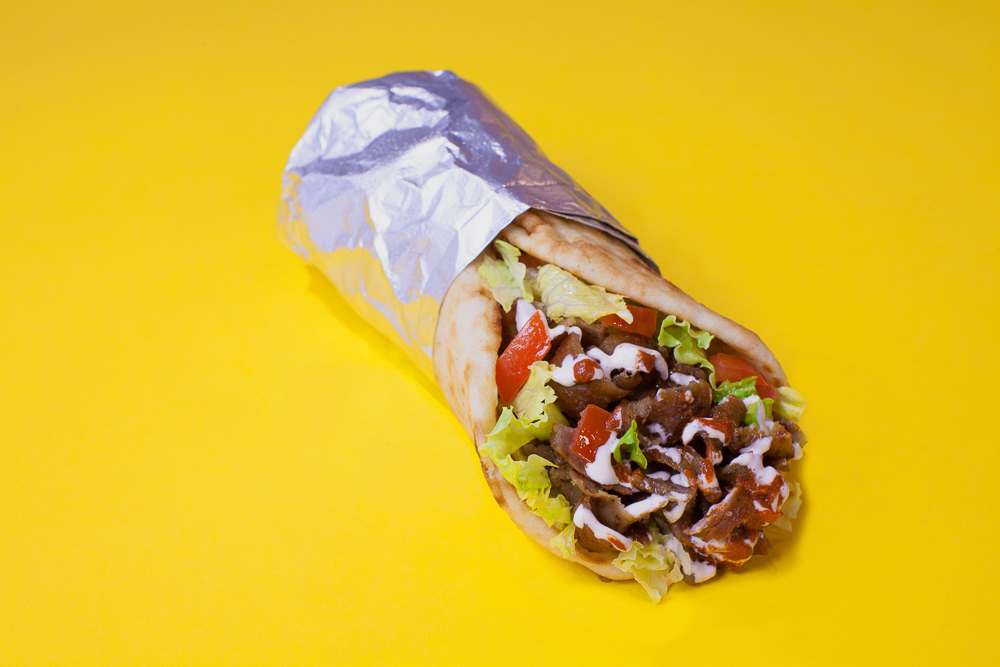 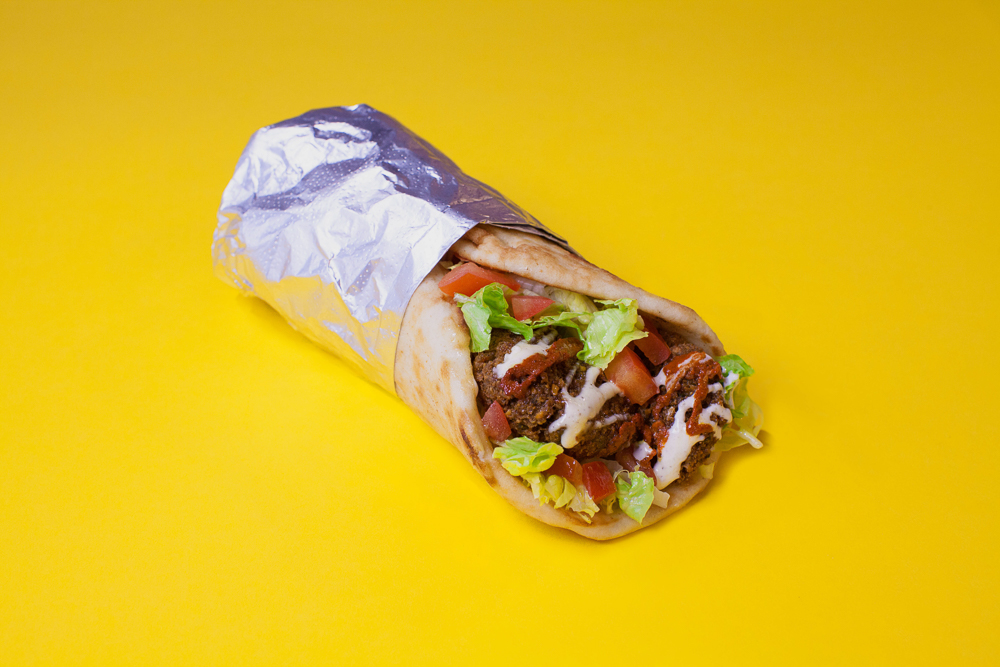 Krissy, Sarah, Ana & I all smiles because we all have happy bellies! Heehee.

Tomorrow is the grand opening of The Halal Guys in Manila, and as a special treat in store for Filipino fans willing to brave the long lines. The Halal Guys will be giving the first 100 customers in line one free New York size chicken and gyro combo platter with a drink, all in the spirit of the famously long lines at the carts in New York City, and all in the hopes of assuring customers, that the wait is truly over.