For my second child’s birthday he only wants two things: 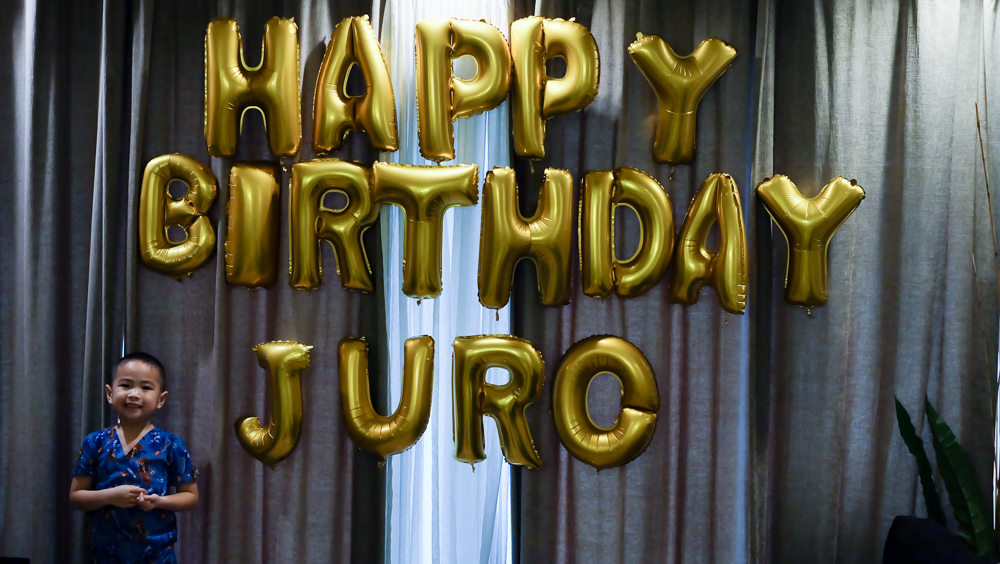 So on his day he woke up extra early to open his presents. 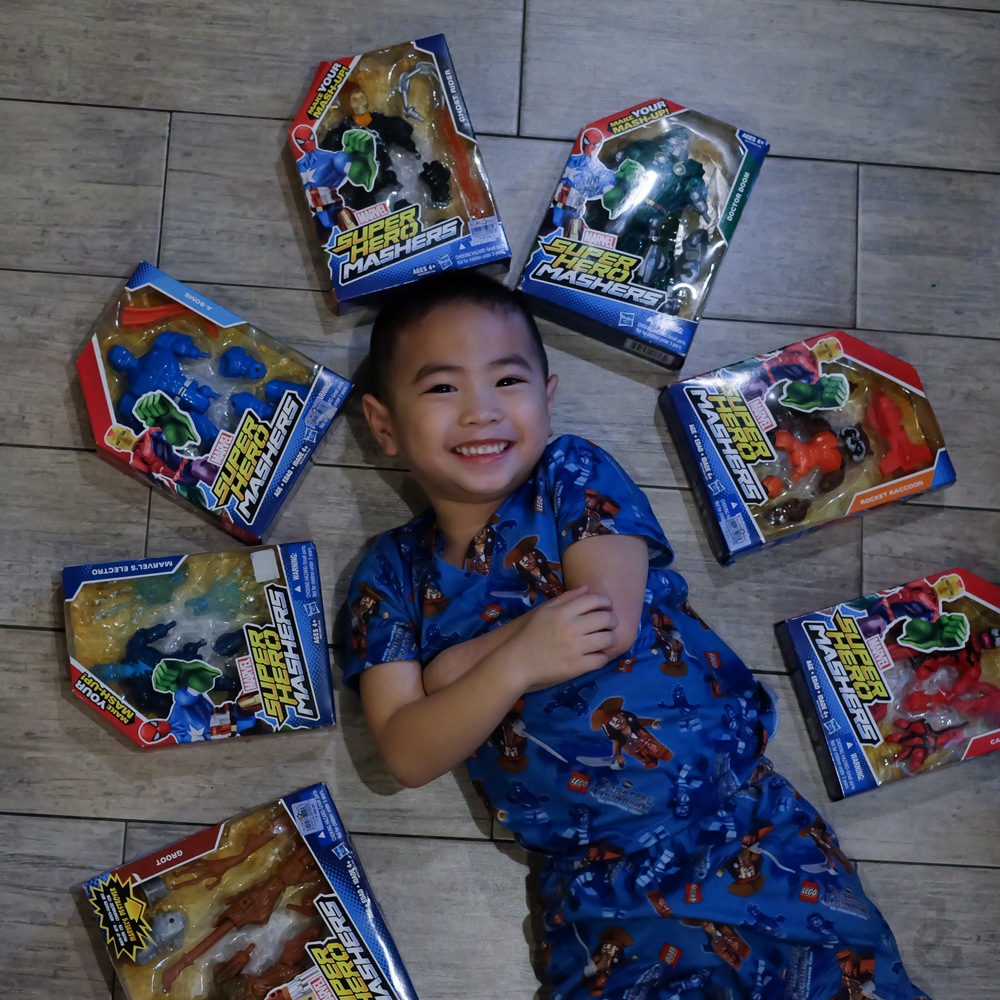 All smiles after opening his birthday gifts. Luckily his dad, Tita & I were able to get the Marvel Mashers he wants. They’re hard to find coz I assume they’ll be phased out soon. Initially, we plan to give him only 4 since he’s celebrating his fourth birthday, but his Tita gave him two more and his dad found another one so he got more than what he’s supposed to get. Birthday wish number one, check!

After he opened his presents and ate his breakfast, we got ready to fulfill his second birthday wish–spend his day at Kidzania. 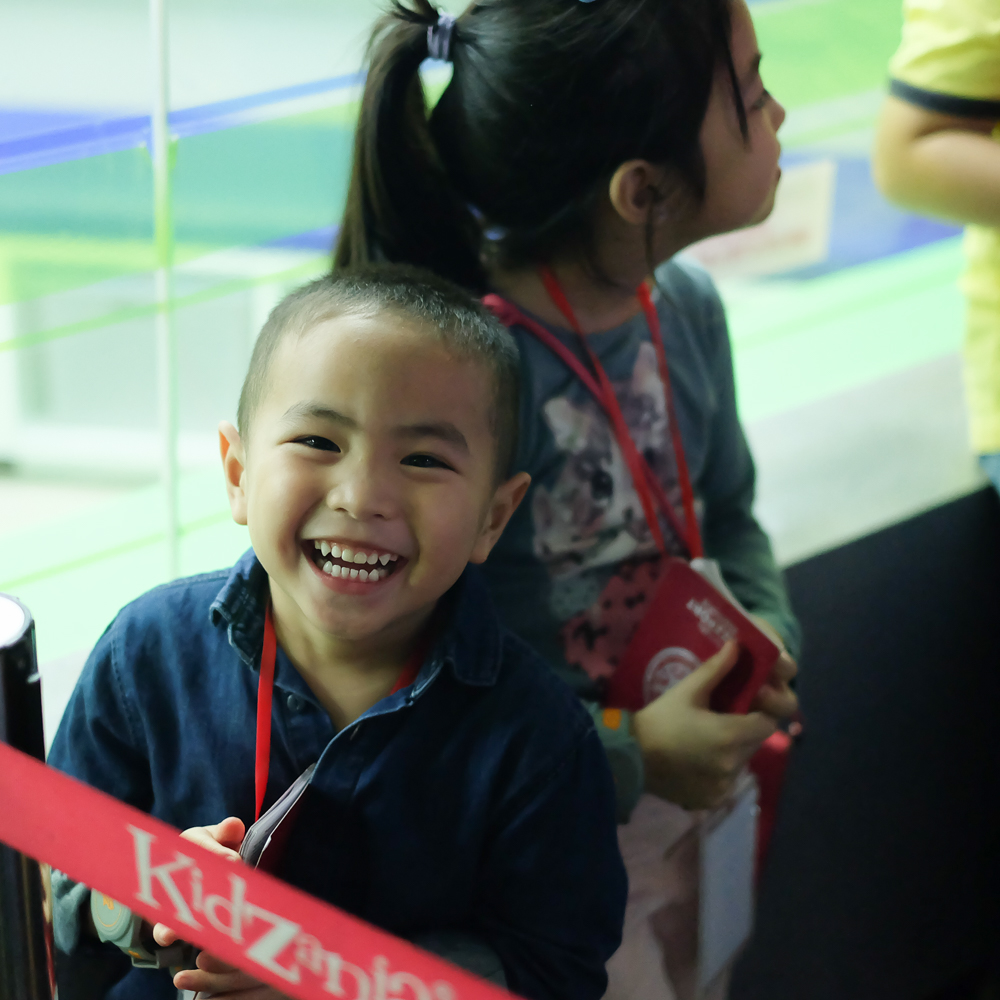 This happy lil’ boy was excited because he can FINALLY participate in the activities for kids 4 years old and above! Last year when he visited Kidzania twice, he was frustrated that he can only play at the toddler area.

Spending the day at Kidzania made me & my kids learn a few things about ourselves and about life in general. 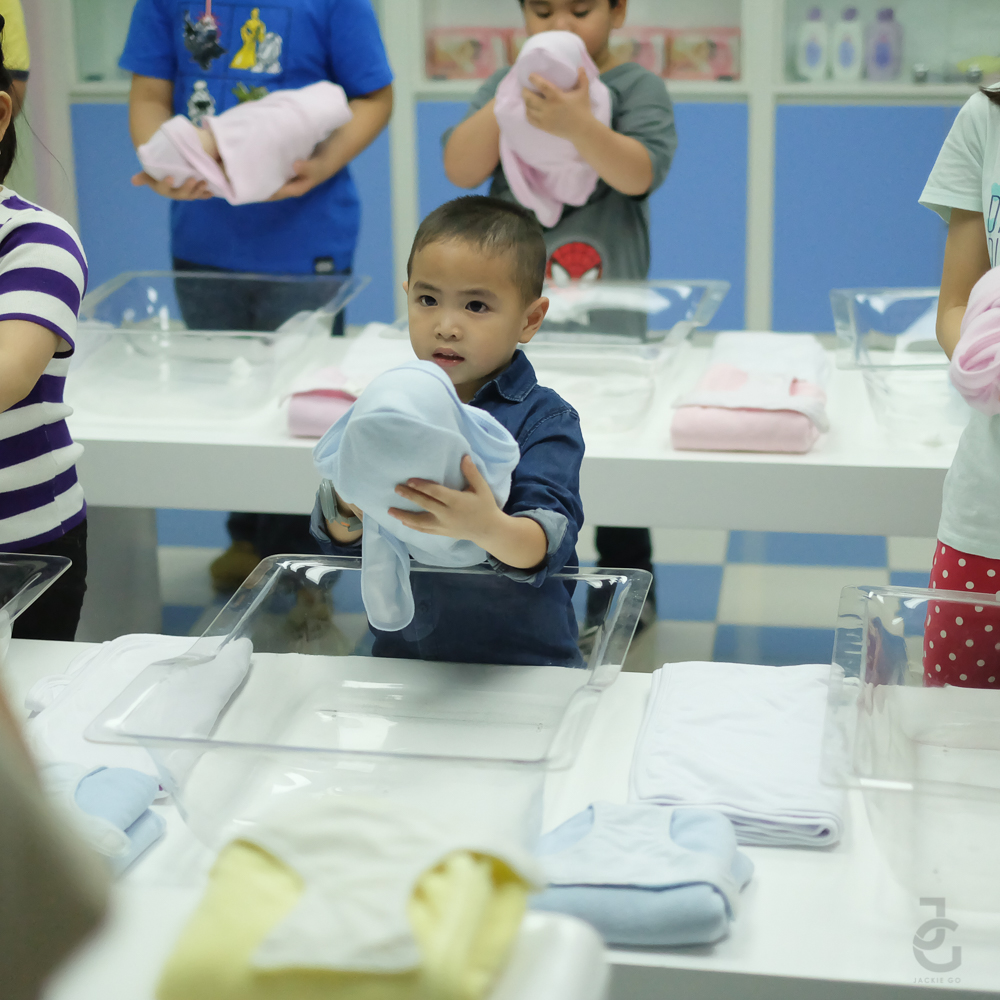 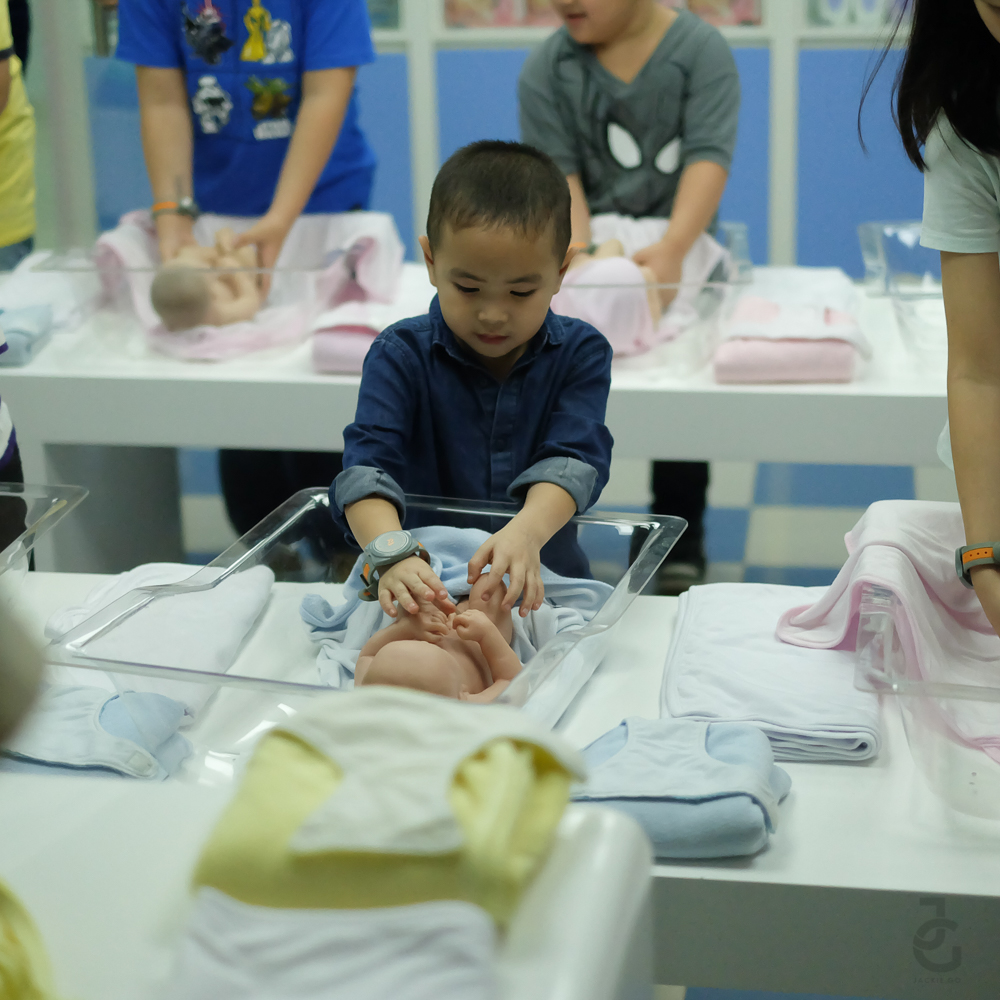 No man is an island and connection is part of human nature. In different stages of your life you’ll cross paths with strangers who will become friends and sometimes family. 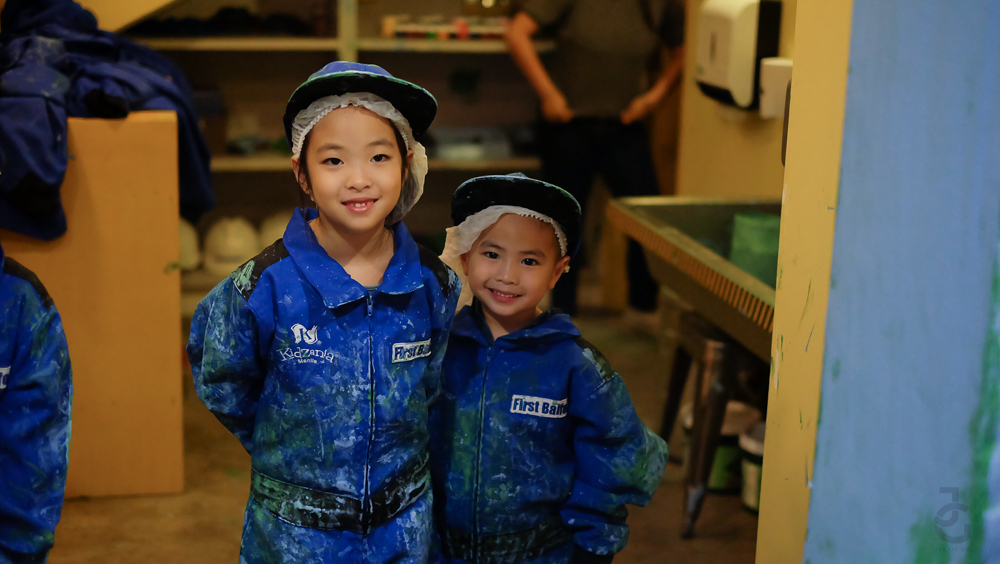 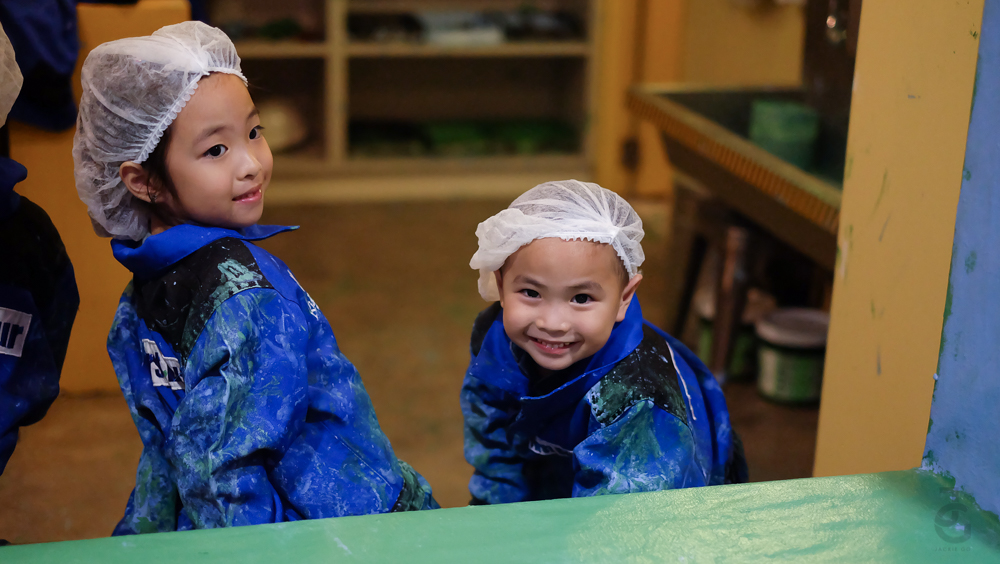 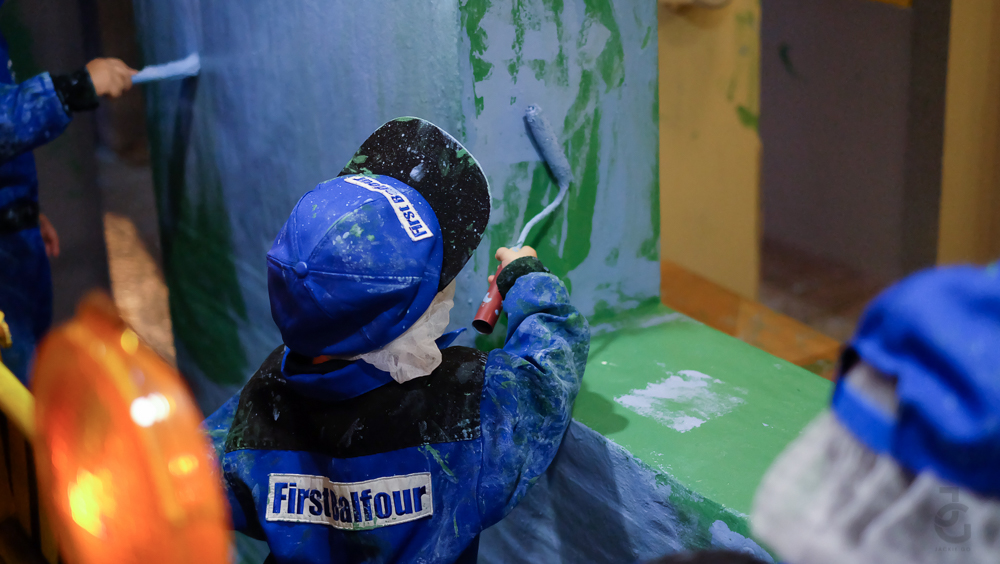 You don’t get something if you don’t work for it–a basic principle in life no? Like you won’t go elsewhere if you keep on staying in the same place. If you put in hard work, you’re sure to reap something from it. Working is part of life but don’t get too caught up with work that you end up miserable and overworked. Sometimes if you’re lucky you end up doing work that’s fun you barely realize you’re working hard. 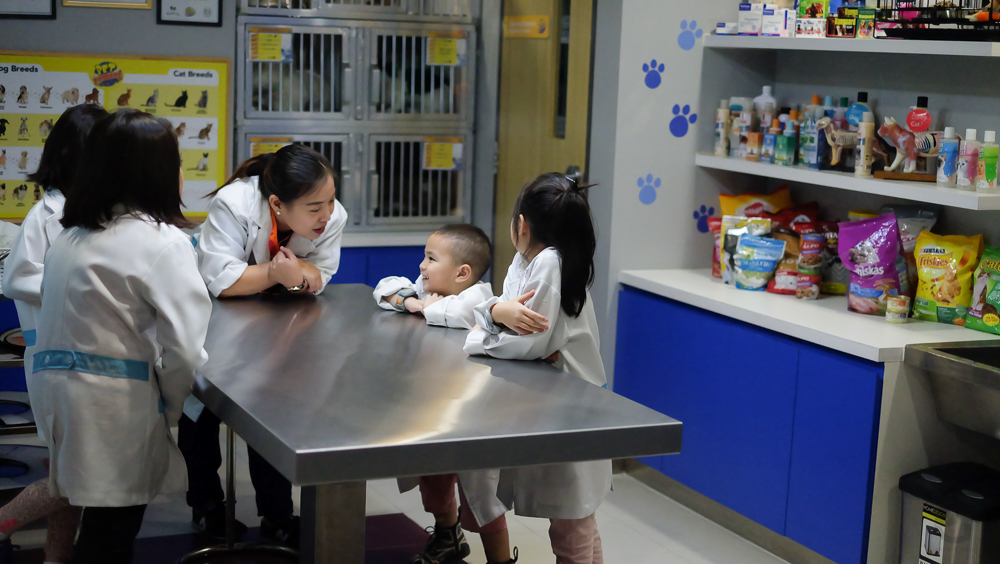 Life is a constant process of learning whether you’re in school at work or even at home. You will eventually excel in a field you love as you finish school yet you will still learn lots of other things. So never say you’re too old or you’re done with learning for there is so much knowledge in the world that a lifetime cannot cover it all. 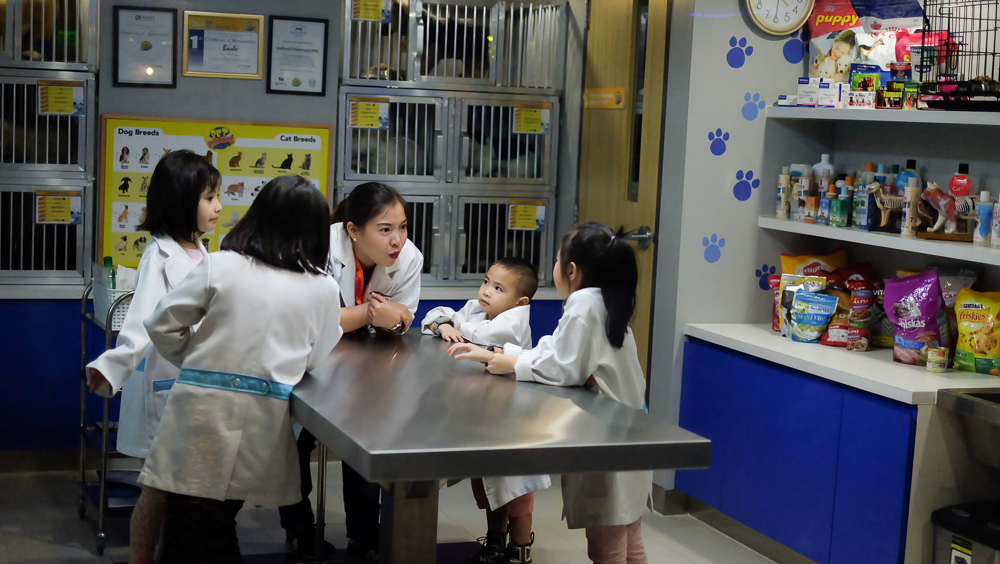 Opportunity doesn’t necessarily present itself to you right away.

Sometimes you have to be in the right place at the right time for it to show up. Other times you have to go looking for it. There are so many activities that my kids want to try at Kidzania. As we were passing by the Veterinary Clinic on our way to another establishment, my kids saw an opportunity to try it because there’s no queue. They never thought being a doctor to animals would be so much fun. Talk about perfect timing. 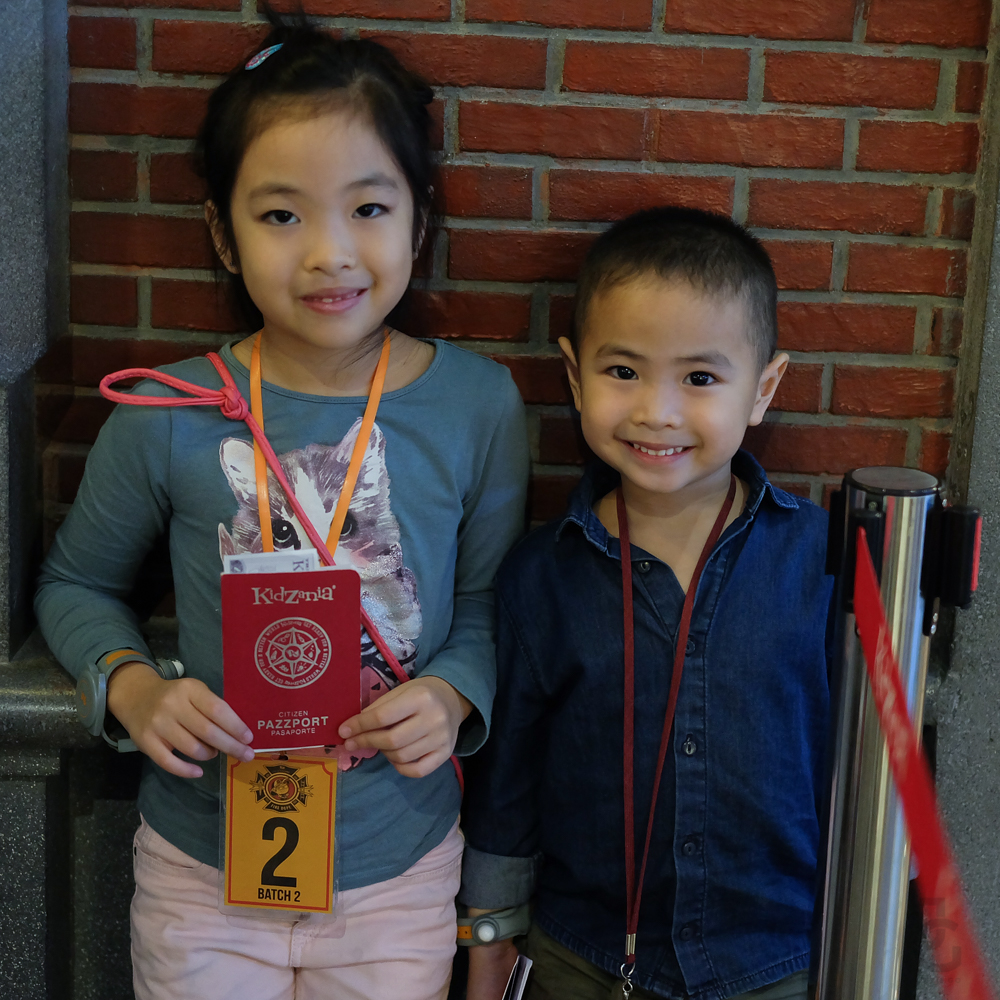 Patience is a virtue.

This is probably the first thing you’ll realize when you go to Kidzania. Lining up for activities per establishment takes up half the time you’re there. It’s unfortunate that the generation now tends to be impatient–blaming the fast-paced, technology-induced world we live in for this. Heehee. Thankfully, patience is something kids can learn at Kidzania. My lil’ Mr. JG’s ultimate goal is to be a fire fighter & to ride the fire truck and put out fire. And so he waited and waited.

Patience is as essential as hard work. When you’ve done everything in your power to forge your way to success or to achieve something that you really want, sometimes all you have to do is wait for it to happen or wait for the results to unfold. 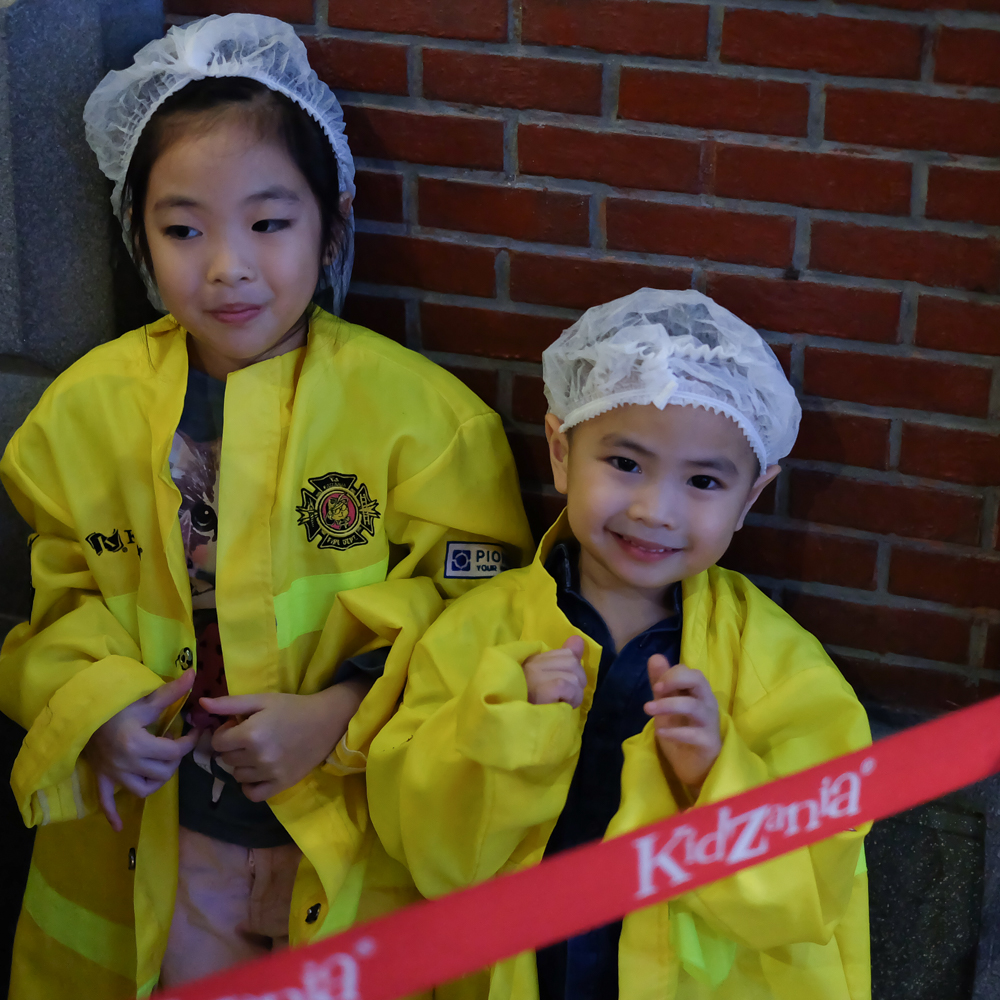 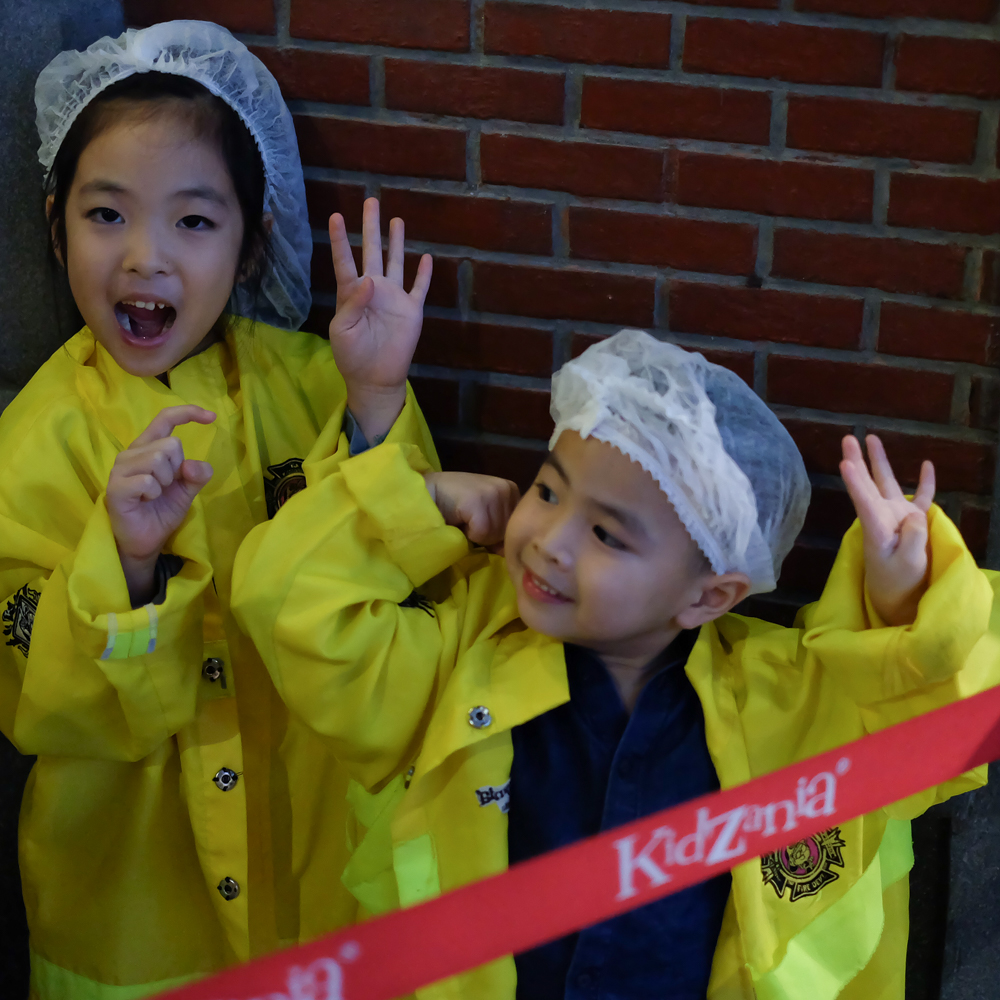 Despite the almost one-hour waiting, my impatient son managed to patiently stay in line and wait for his turn to train as a fire fighter.

Most of the time you need someone to get you through all the waiting. So surround yourself with people that makes all the boring parts of life more bearable. 🙂 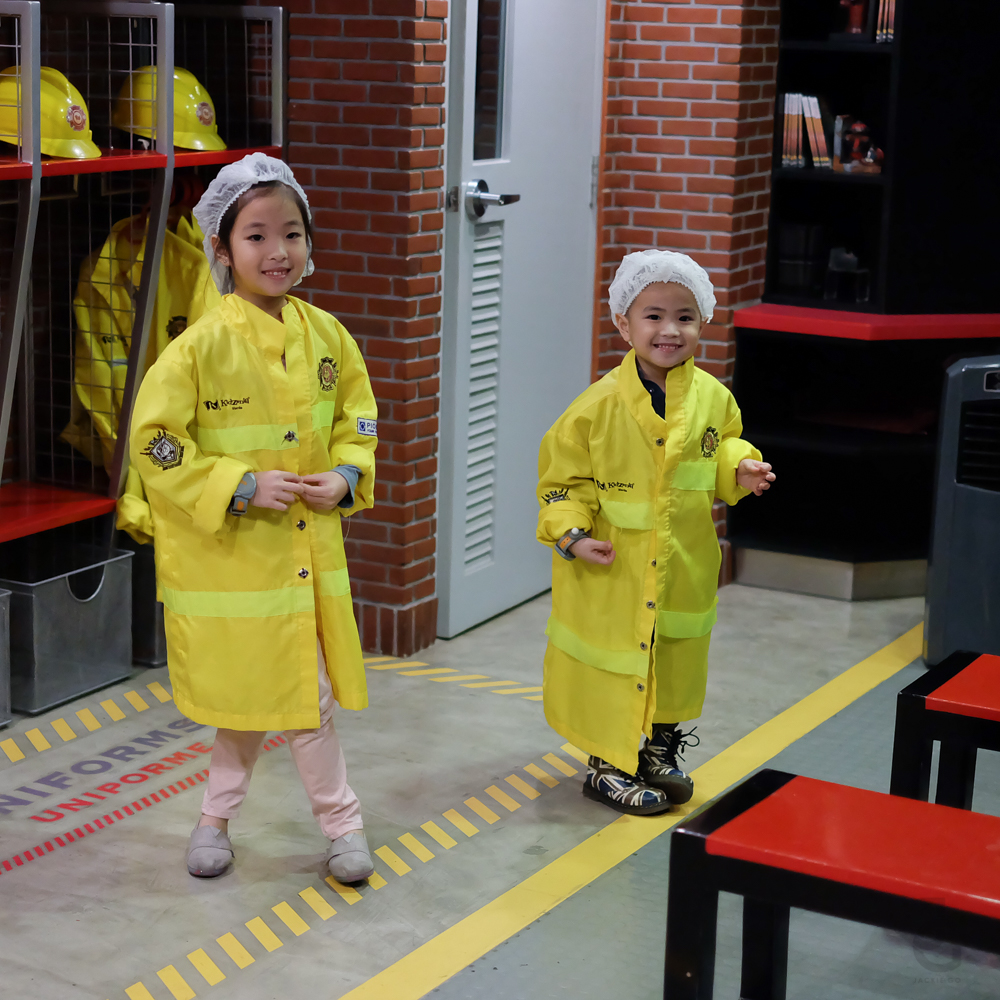 Aaaand he’s in! There’s really no stopping this boy from getting what he wants. At an early age, I already know he’s the type who will persist no matter how challenging it is, as long as he’s determined to get it. Look at that smile–totally saying ‘worth the wait’. I just wish his go-getter attitude is put to good use when he grows up. 🙂 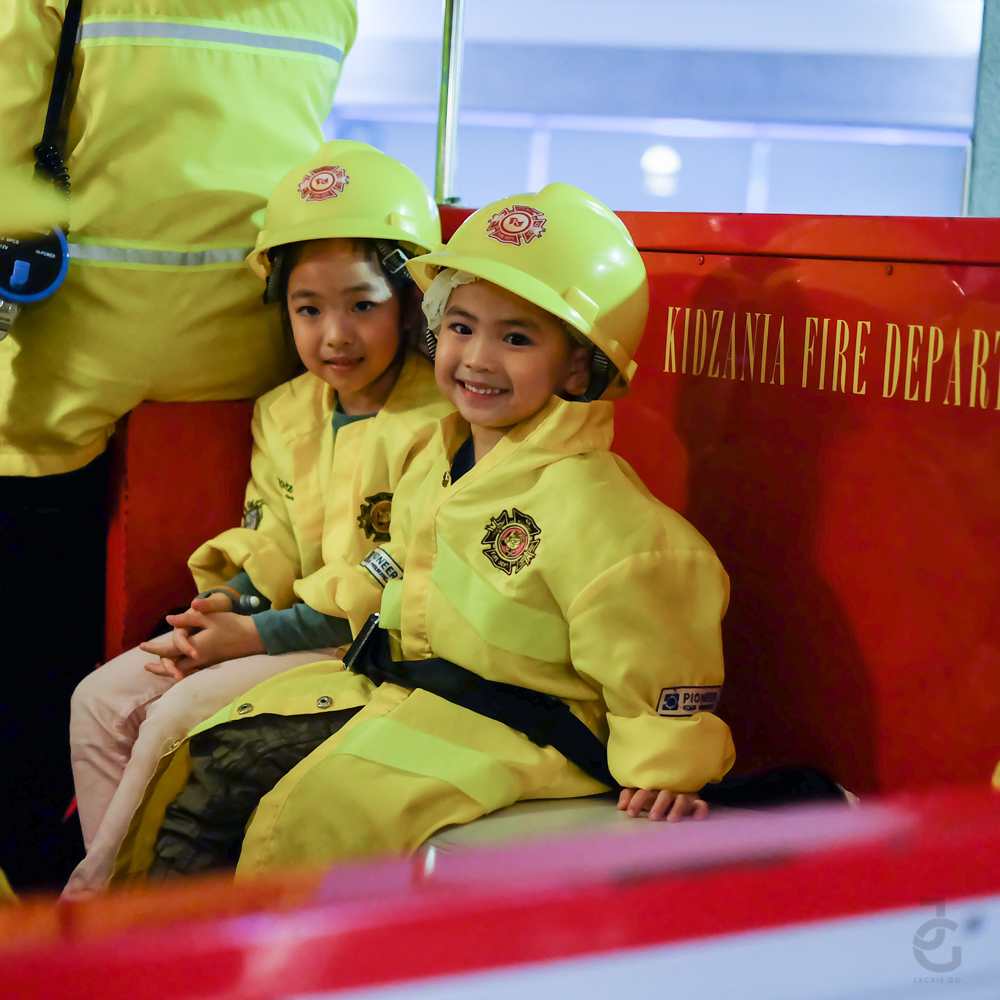 He’s the happiest boy on his birthday.

It’s in moments like this when you realize spending time with the people you love and seeing them happy is all you need to live purposefully and beautifully. Because why do we live really? Sometimes I get so caught up with my daily schedule which basically revolves around my kids that I forget this is my reason for living. 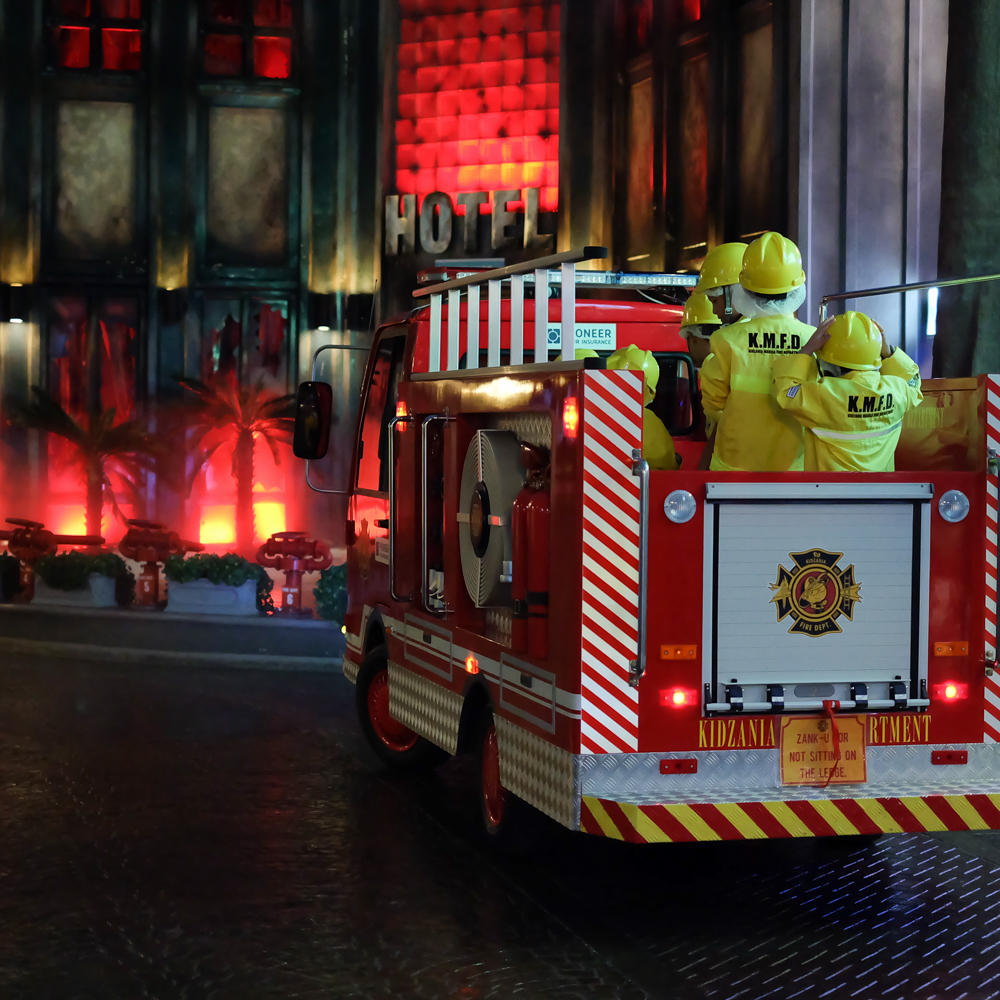 Happiness is doing something that you really love.

I had to explain to Juro the concept of earning and paying for the activities they do at Kidzania. I told him there will be times when he has to pay and there would be times when he gets paid. I showed him the activities that get him paid and those that he needs to pay for. Of course as mom, I encourage my kids to work to get what they want but Juro prioritized the activities that he wants regardless if he gets paid or he pays. When I asked him why, he just simply said ‘because I like and it makes me happy’. That moment, I am reminded by my son that being happy while doing what you love is a good way to spend your days. 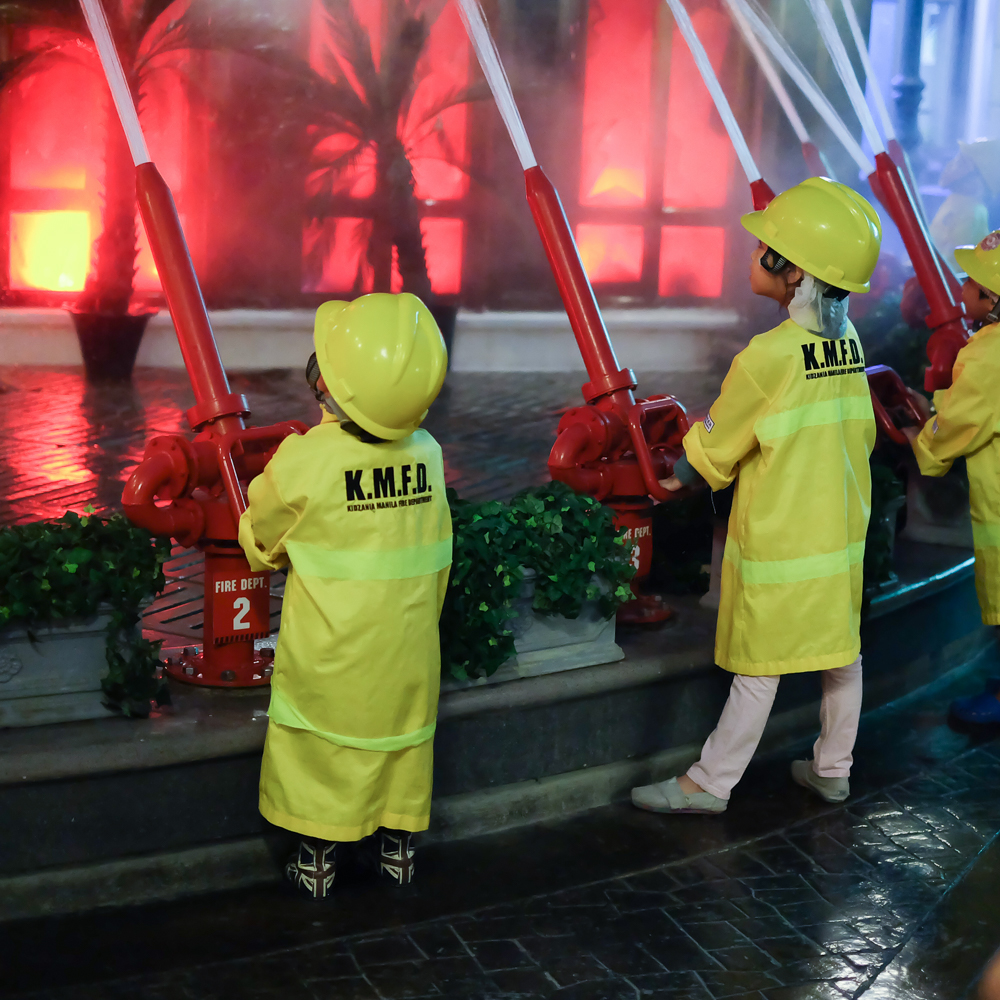 Try and try until you succeed.

There were a few times that he had a hard time putting out the ‘fire’. He was getting impatient because he couldn’t hold the hose high enough. Eventually when he got the hang of it, he was smiling from ear to ear while proudly saying ‘I did it, mom!’ 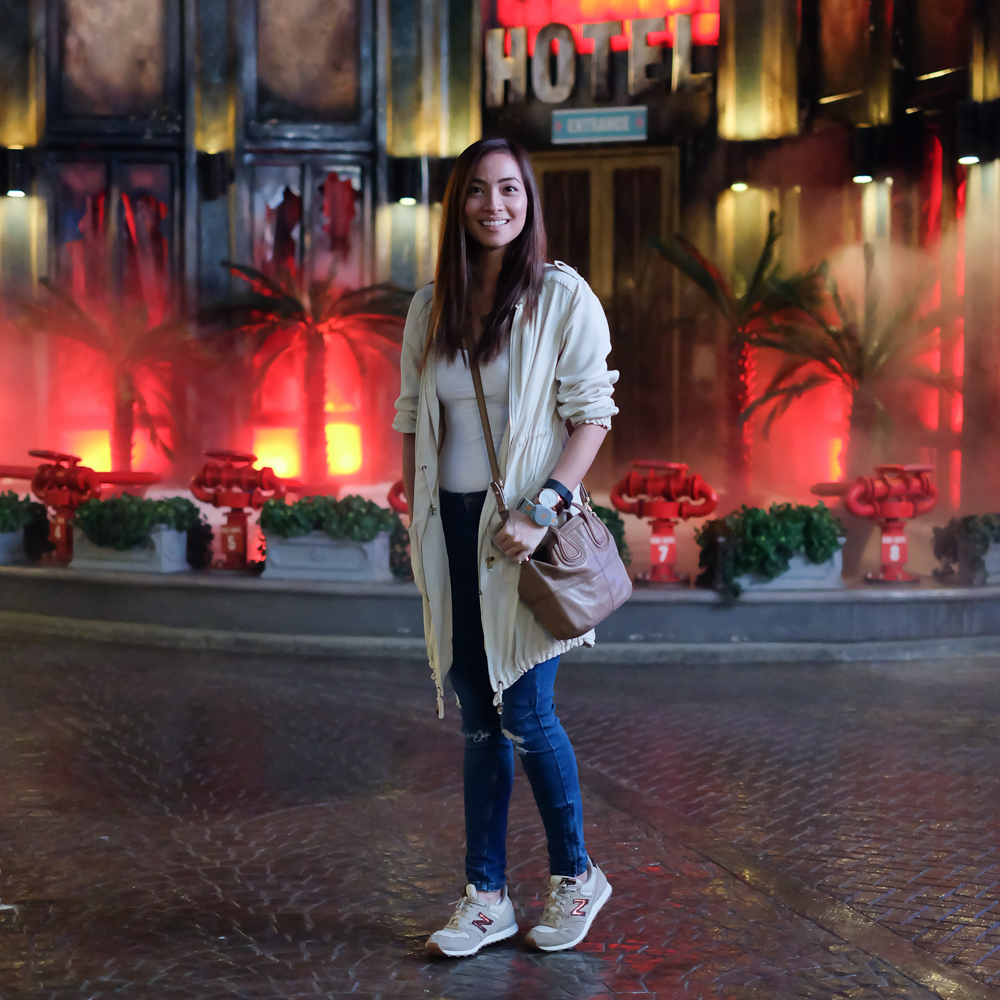 Shempre while we were waiting for my fire fighter, I asked my Instagram husband to take my #OOTD behind the burning hotel. LOL.

Sometimes, the best kind of parenting is letting our kids do their thing.

As parents it’s innate for us to love our kids. We love them so much that more often than not–consciously or unconsciously–we tend to hover around them . It’s no secret that we only want what’s best for them but sometimes, staying on the sidelines is the best thing we can do for our kids.

Giving them room to grow and the freedom to choose what they want–to support them with their decisions –can hone your child’s character and confidence. So as much as I can, I try to practice letting go and watching on the side lines. No matter what they do, even if they make mistakes my love and support for them will never cease nor change.

Grabe never thought waiting and wandering around Kidzania for a day while watching my kids play would make me come up with these musings! 😀