Did you know that after the Cold War, the first formal communication between the United States and China was the exchange of table tennis players? This was their first act of diplomacy. It was their first attempt to thaw the ice, and the inspiration behind the theme and name of techpreneur turned restaurateur Charles Paw of his new restaurant, Ping Pong Diplomacy. 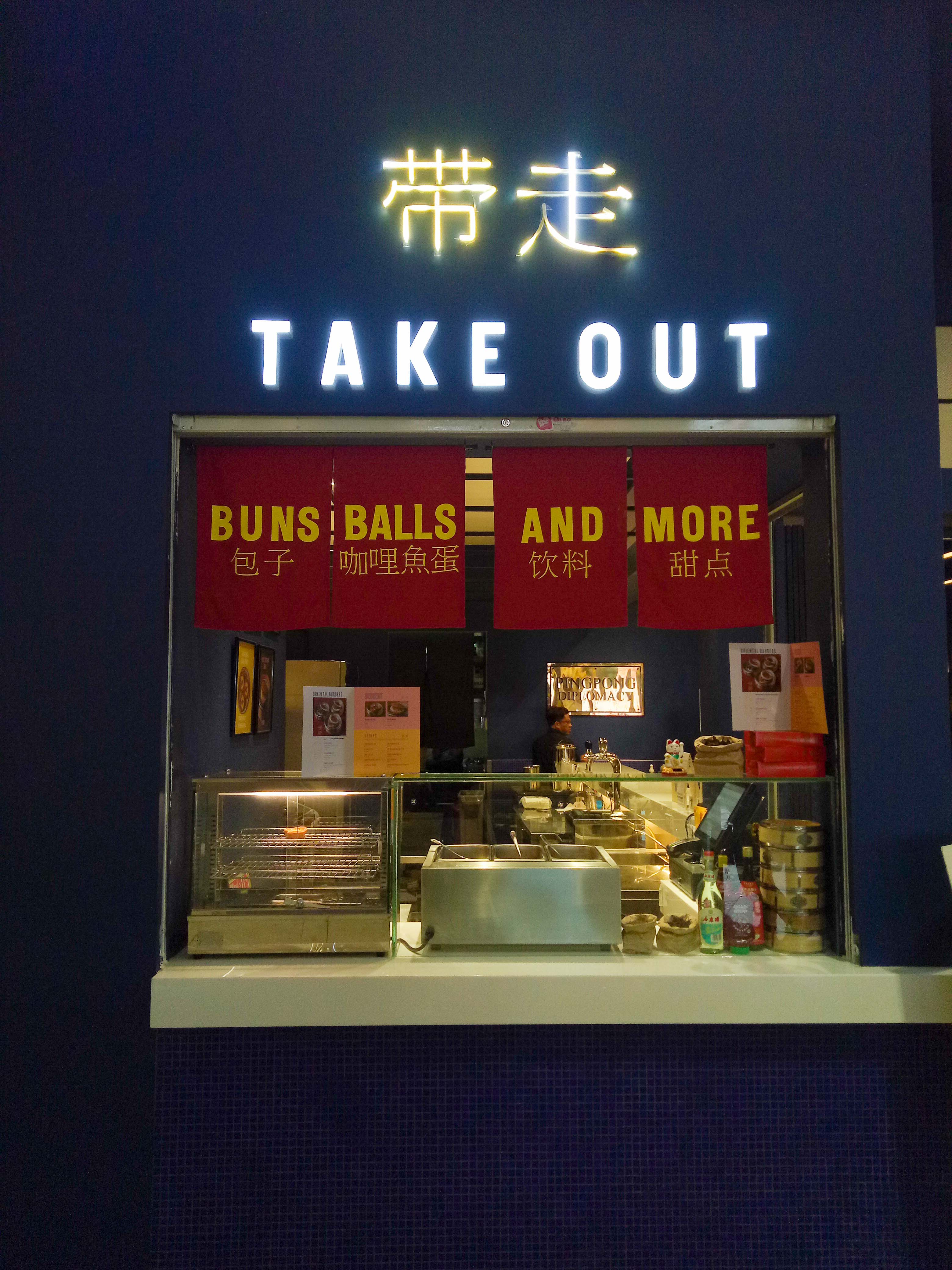 Finally had the chance to dine at Ping Pong Diplomacy one Fridate night. 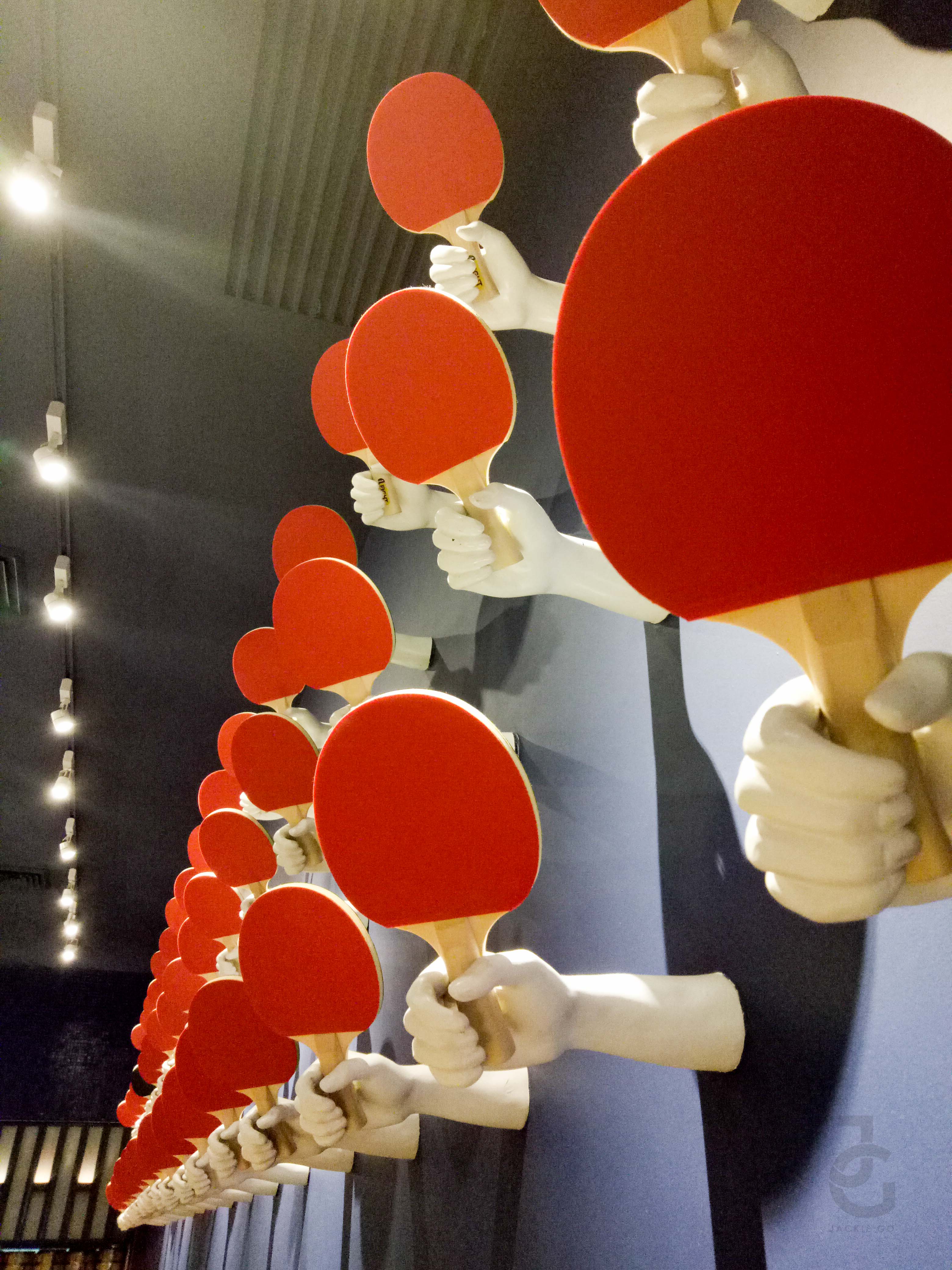 The restaurant’s interiors are reminiscent of Chinatown in the decade of bellbottoms and disco, and one can expect to enjoy music from the likes of the Beegees, Gloria Gaynor, and Queen as they enjoy their meals. Even the servers sport retro graphic tees with the names of the streets found in the different Chinatowns in the US printed across the front. 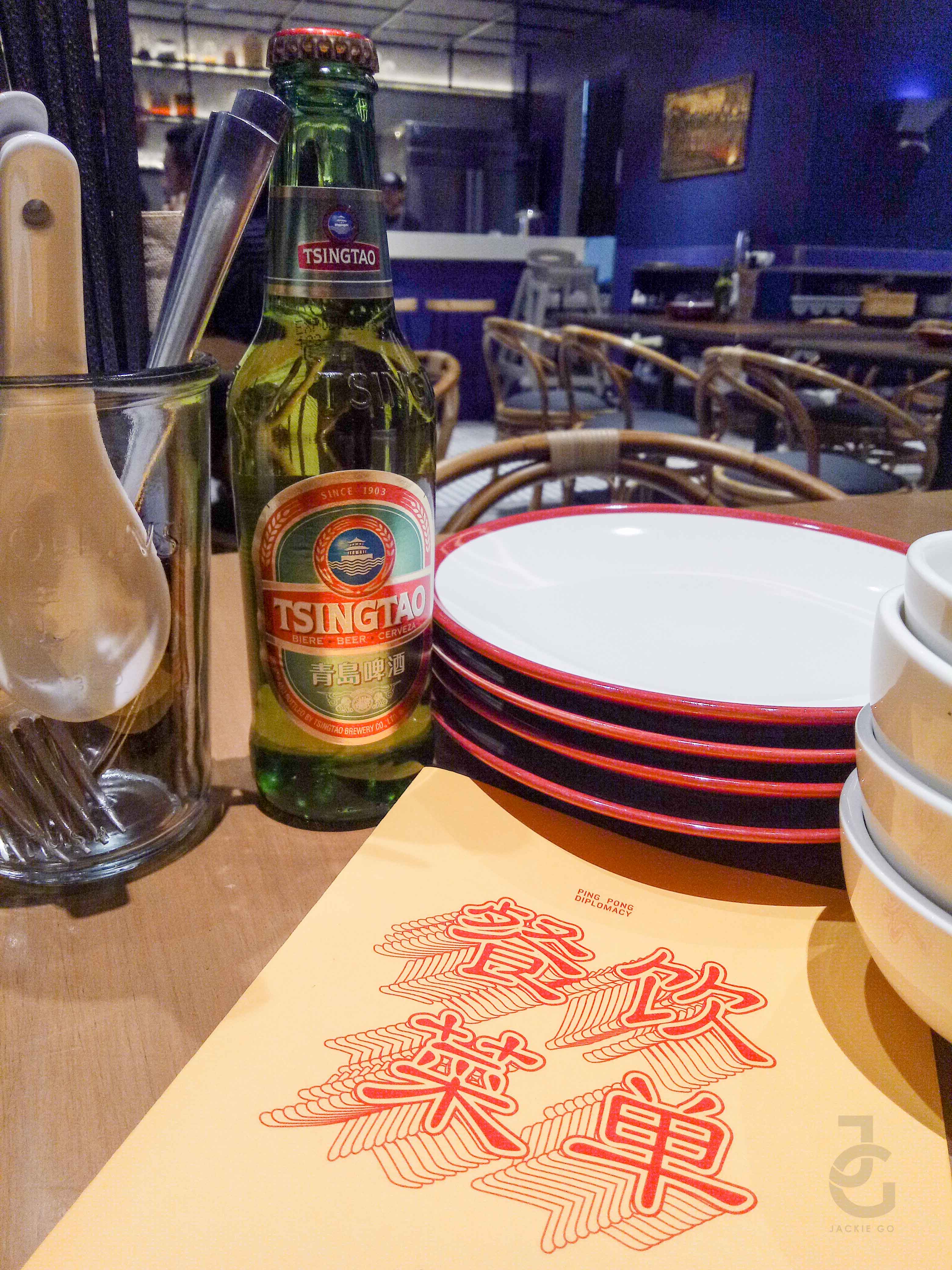 But all of these elements simply set the stage, because the spotlight stays on the menu. Chef Noel was trained in Paris and the South of France, and may be best known for his work at French Japanese fusion restaurant, Le Petit Souffle. Trusted by Charles Paw to produce no less than creativity and innovation in the kitchen, he was paired with another kitchen maverick, seasoned Chef Him Uy de Baron, who is most famous for changing the ramen game back in 2013. The two have put their heads together to redefine Chinese and American cuisines, and marry the two in ways that have never been done before. “‘No cookbooks!’ we were told,” shares Chef Noel. “Charles wanted this restaurant to be a literal melting pot of cultures, culinary training, and whatever ideas of Chinese and American cuisine we had.” 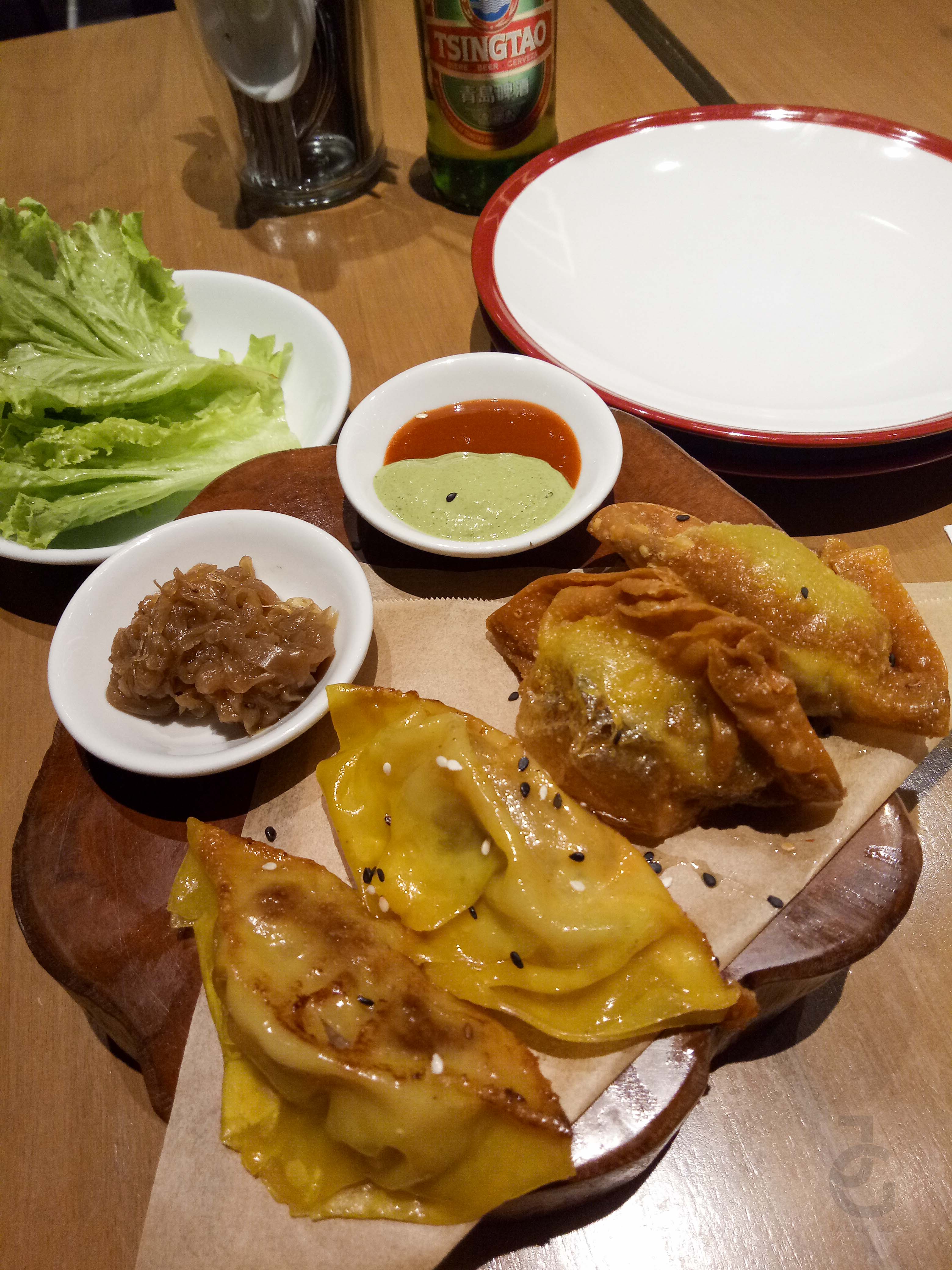 I love burgers so much and I were to choose a dumpling, it would have to be wonton. So the fusion of these two things I like is something I look forward to during our meal. I prefer the fried wonton over the steamed just because I like the crunch. 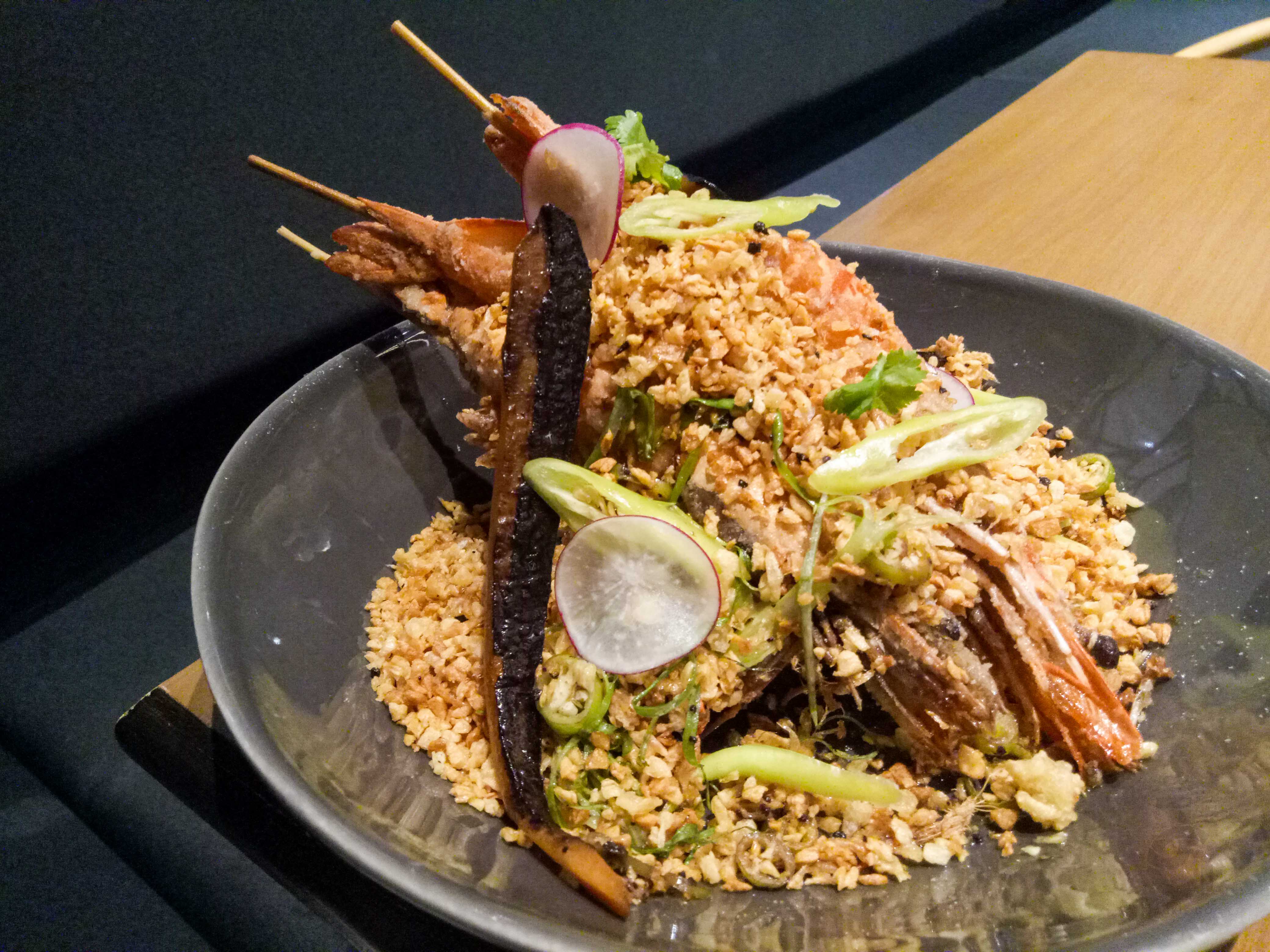 I’m all for a good beef dish and the Caveman did not disappoint. Tender beef ribs with a bit of a crunch. Drizzle it with Zhenjang Vinaigrette and you’ve got that Asian flavor going on.

I’m all for prawns but unfortunately this dish was nothing out of the ordinary. Would’ve been nice if the crispy garlic has  bit of cereals to it so it gives a salty, sweet flavor. Or maybe I’m just craving for cereal prawns right now? Hahaha. Nonetheless we finished the entire dish. It’s surprisingly a different kind of noodle dish that has the right amount of flavor. Some Asian noodles kasi tend to be too salty or too savoury. 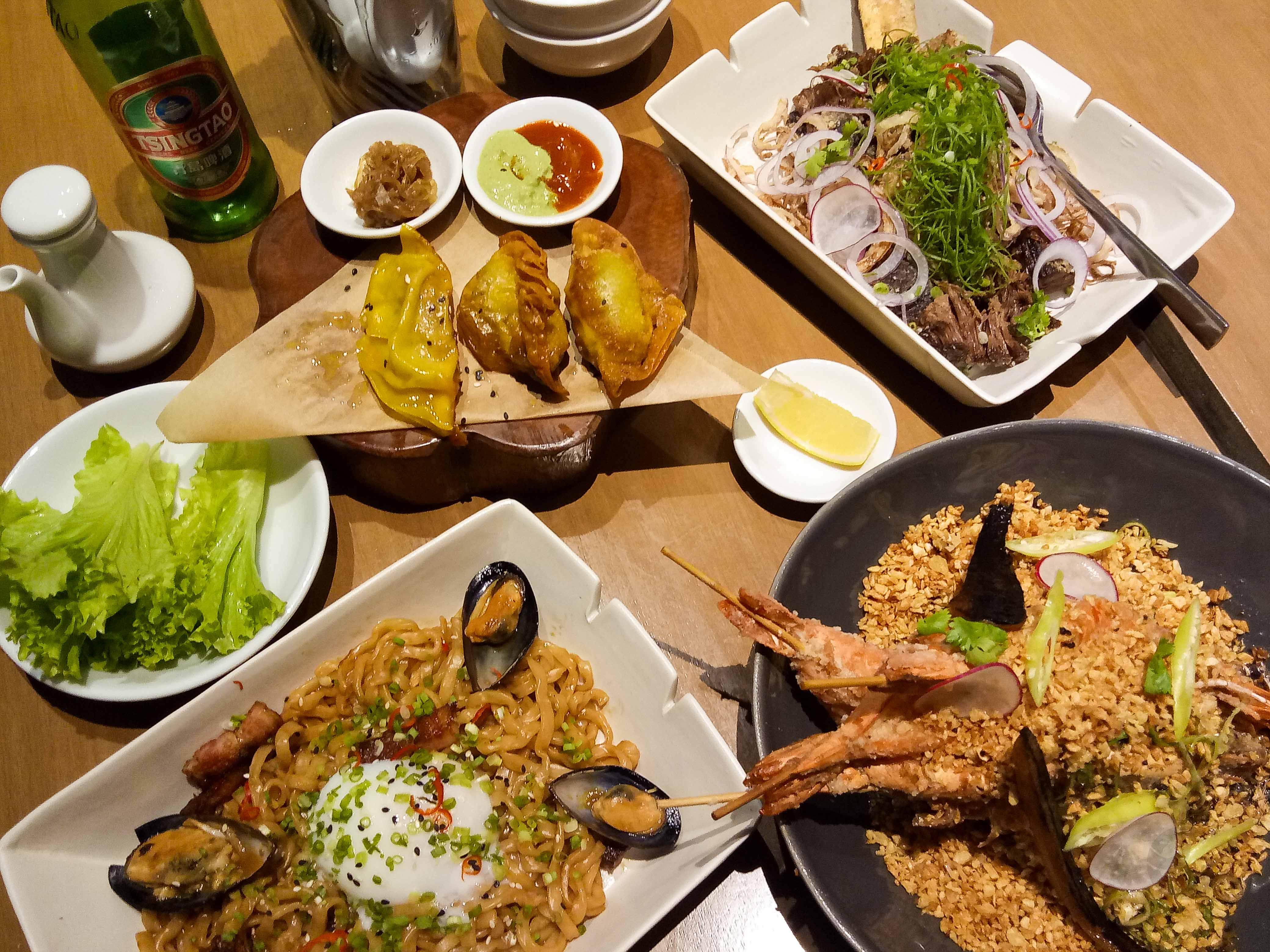 Really wanted to try a dessert but we were already super full so we just had to skip it. It’s probably a good excuse to go back, right? 🙂 Post busog lusog self-we time! All smiles because we enjoyed dinner & my date being a fan of Chinese food particularly liked the Surf & Turf.

Love how the photos also turned out well. I used OPPO F3 phone and look how it has that bit of bokeh effect. Also love how decent our selfie turned out to be–you can read about my quick feature on OPPO F3 selfie camera HERE.