London. One of the cities that’s on my bucket list. It’s filled with history, tradition and at the same time the center of modernity.

The London landscapes welcomes modern progression without giving up the majesty of its most historic structures Old and new coexist in an organic and beautiful ensemble.  It is one of the most cosmopolitan cities in the world, London is called ‘home’ by individuals from all over the world who are attracted to its infinite possibilities. On London streets you’ll discover inspiration in the unlikeliest of places. An old market stall, a classic watch with a simple engraving; the detail, the craft that made for a lasting impression. Some things are timeless but become reinvented for a new generation that brings a new way of thinking. Two worlds collide to create a new expression of the many faces of London, the new, the old, the cool, the bold. Find your own expression. Wear London your way. 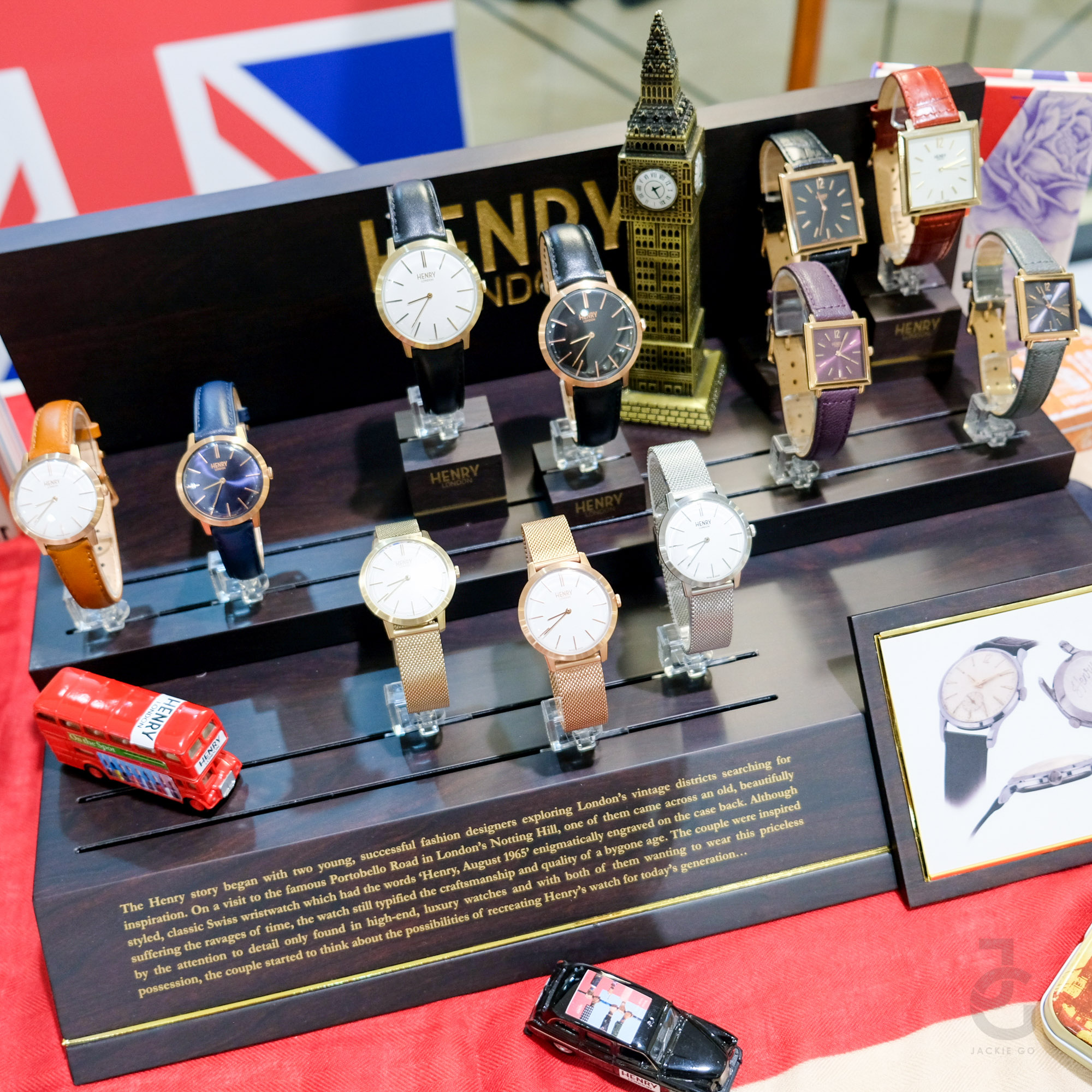 Would you believe if I tell you that Henry London was just launched back in October 2015? Yep Just two year old in the timepiece industry yet they’re currently in over 60 markets around the world. Amazing! Paul Harry has been at Peers Hardy, the UK’s leading independent watch distributor, for over 10 years. He has worked in the watch industry for over 25 years. He also introduced watch brands such as Daniel Wellington, Ice Watch and CLUSE to the UK. 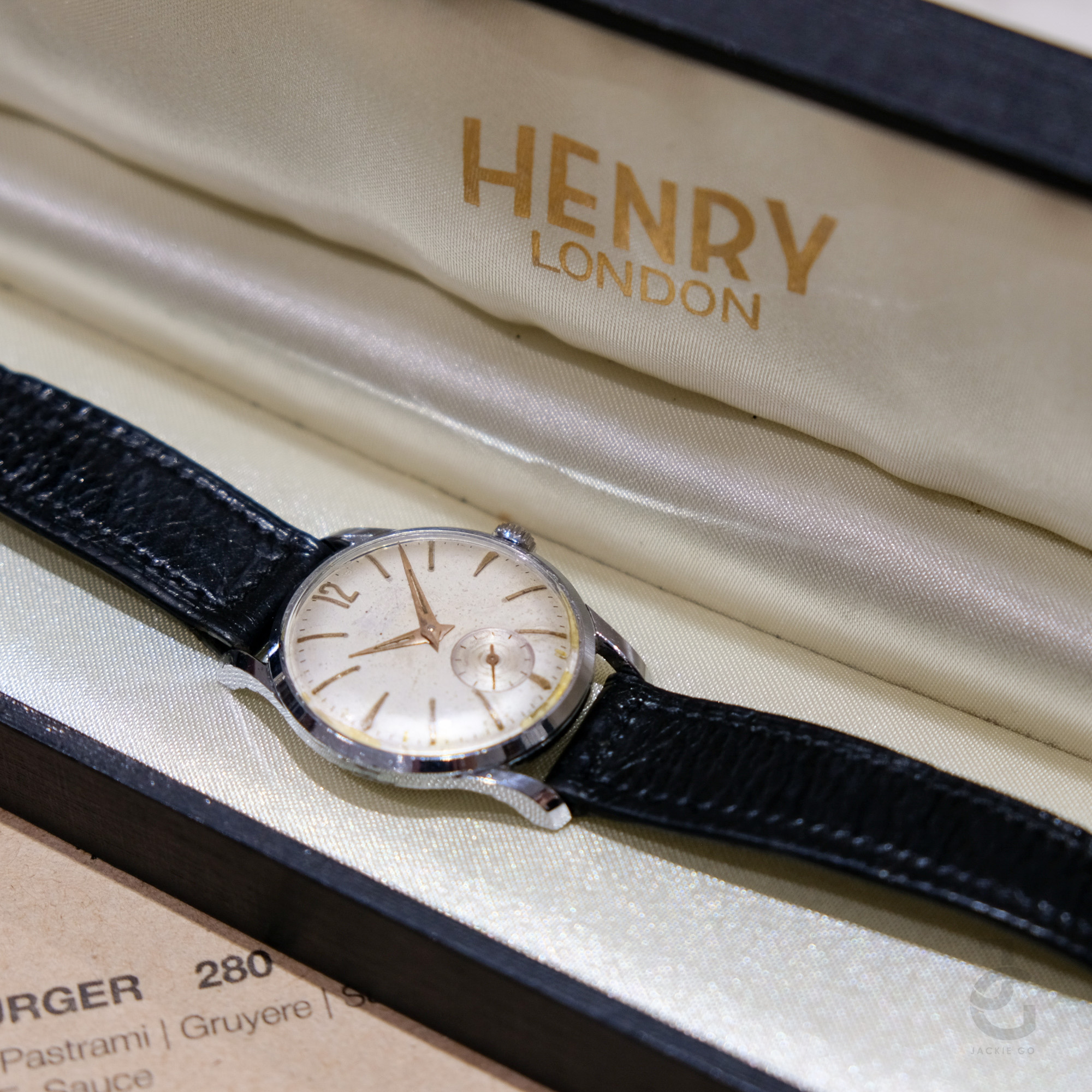 The piece that somewhat started Henry London. A vintage watch given to Henry that inspired the brand to create traditional yet reinvented pieces that one can pass from generation to generation. 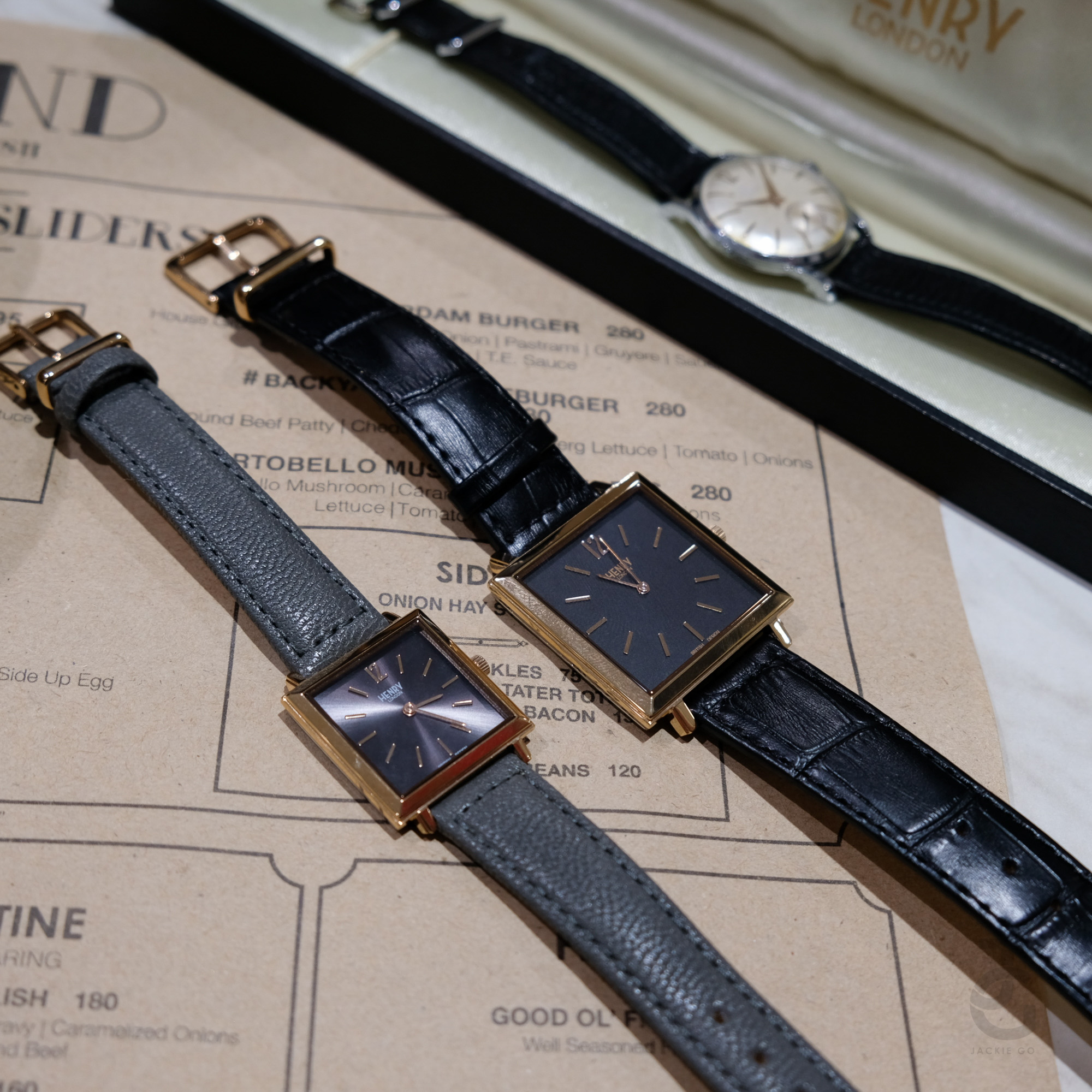 More and more are seeing the watch as a fashion jewelry where elegance and style are two important elements and Paul says, Henry London watches offers that in their watches. 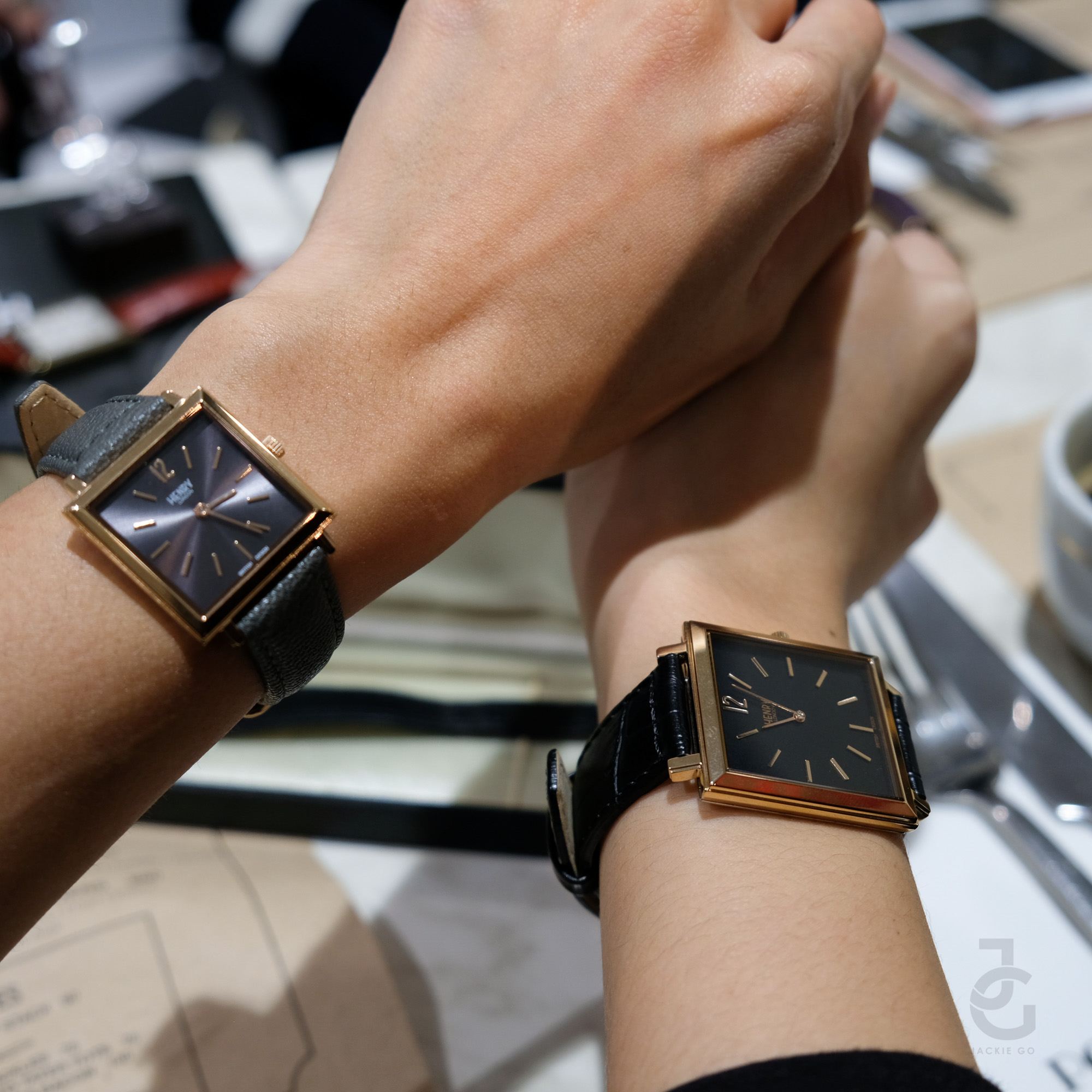 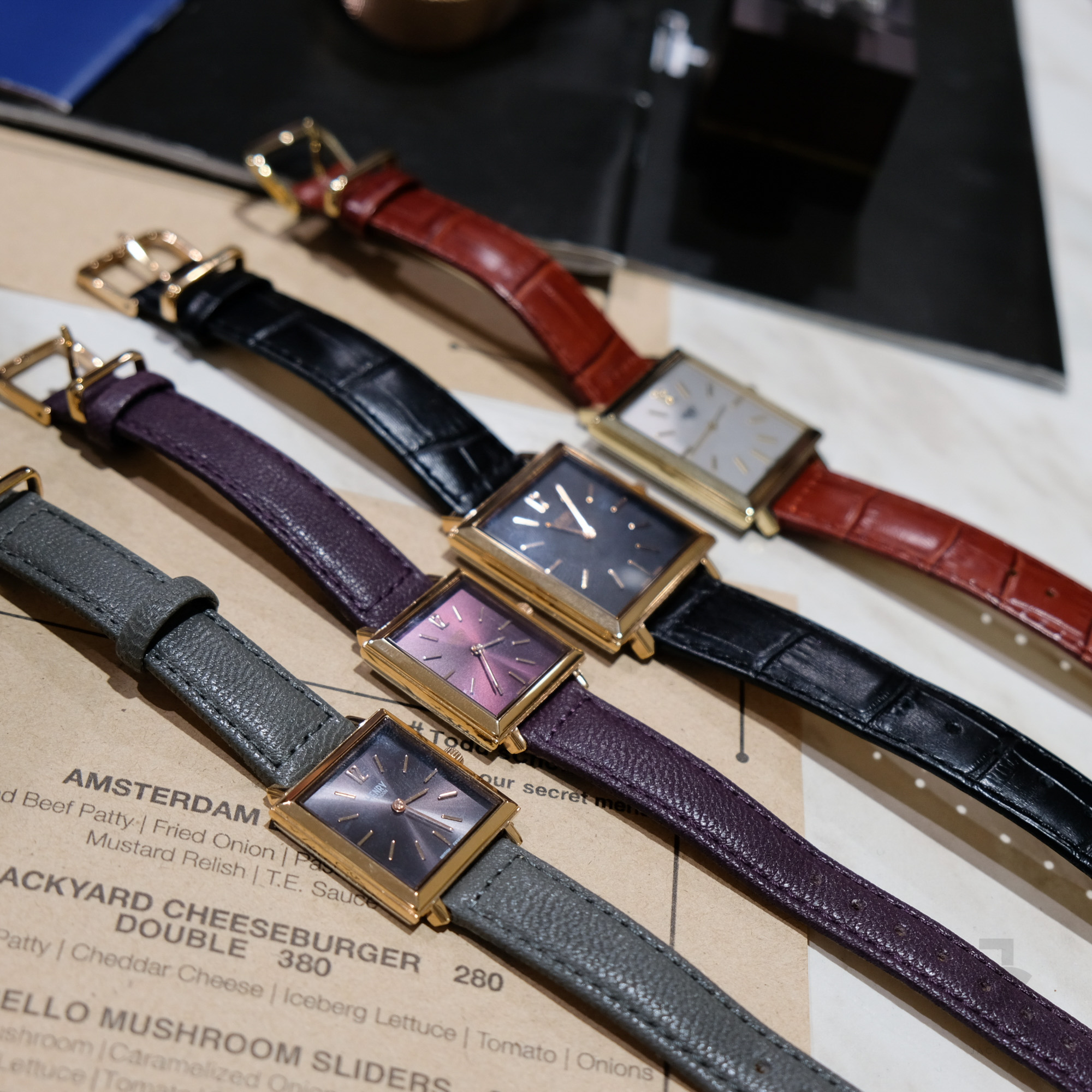 These Henry Londo watches retail for Php 6,500 per piece.

Square face watches give off that vintage vibe I remember my mom’s piece which she was very fond of wearing back in the 80s. Reminds me of regal style icons back in the day where simple & classic pieces are as elegant as they can be. 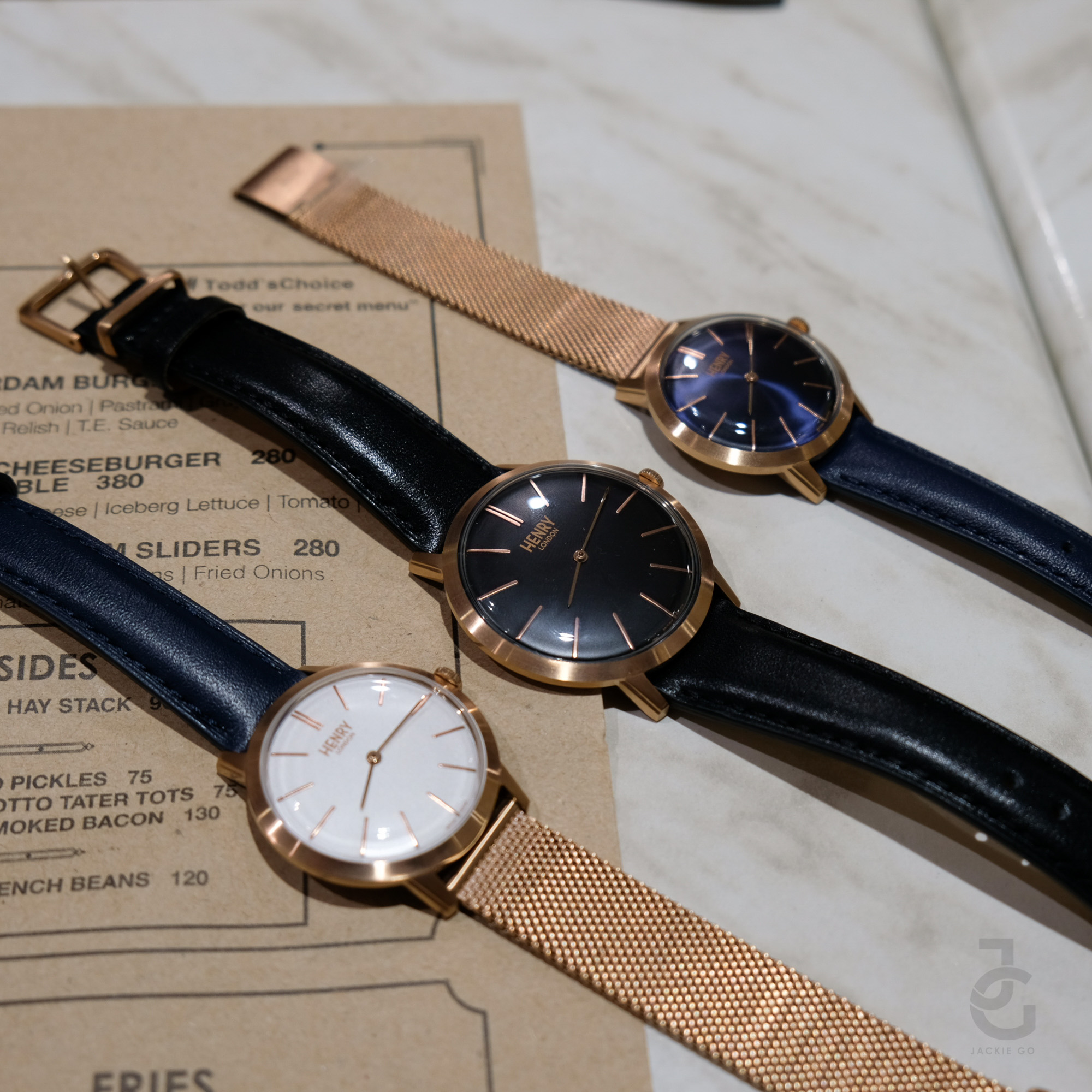 Core product of Henry London is Heritage Signature and was followed by a limited Moon Phase collection in 2016 and three new collections: Heritage Square, Iconic and Heritage Automatic, launching autumn 2017. Love how it’s easy to interchange straps with it’s pop and lock feature. Something about big face watches that interests me. I just love how it looks on me. 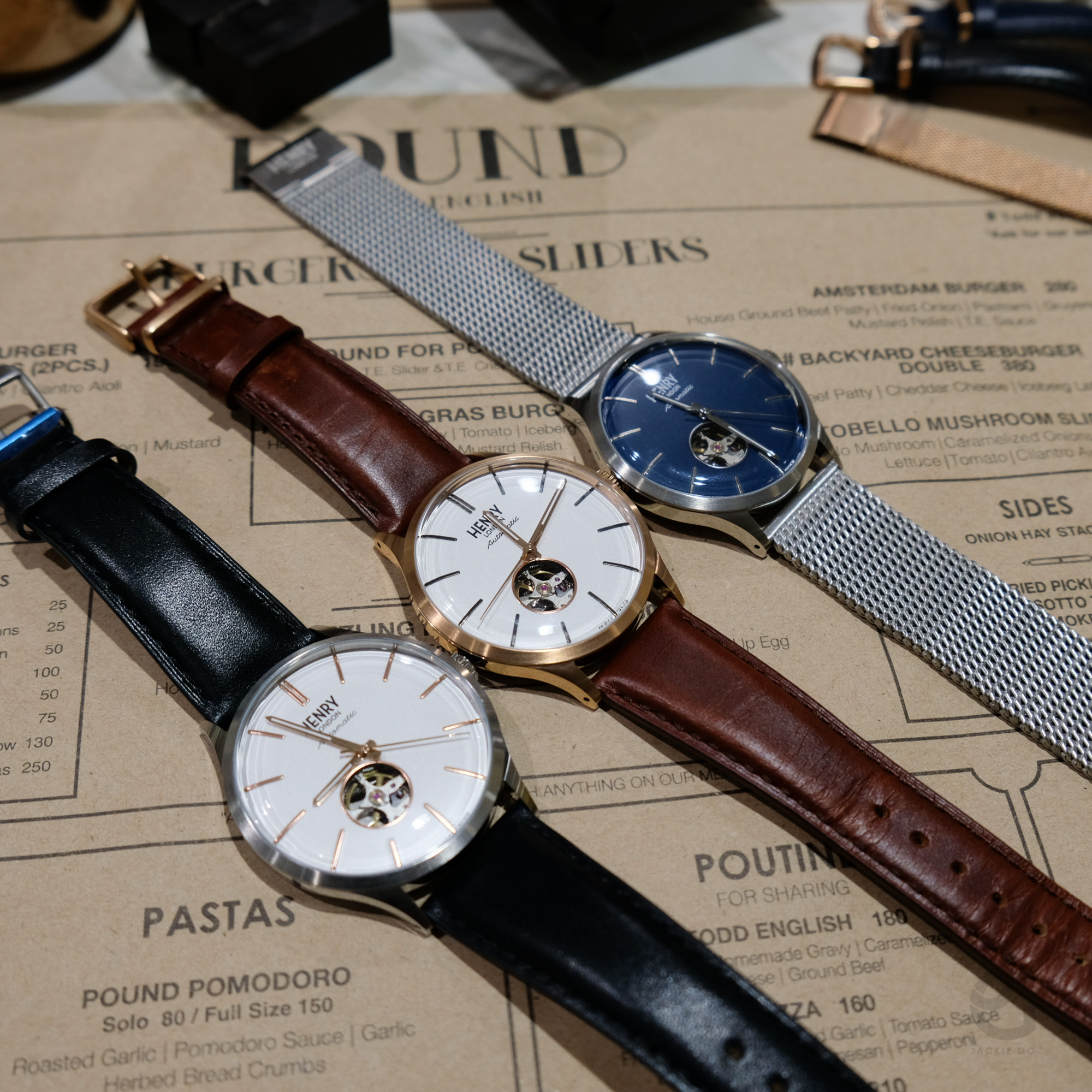 The new Henry London automatic collections brings that sophistication of an elegant design watch with an automatic movement and  highlighted with a little peek into the heart of an automatic watch. These style, more commonly done with very high end watch brands is but a common look for the new Henry London automatics. This is complimented with a calf skin leather bracelet to give it that classic and sophisticated look. Certainly the kind of watch every gentlemen should have. 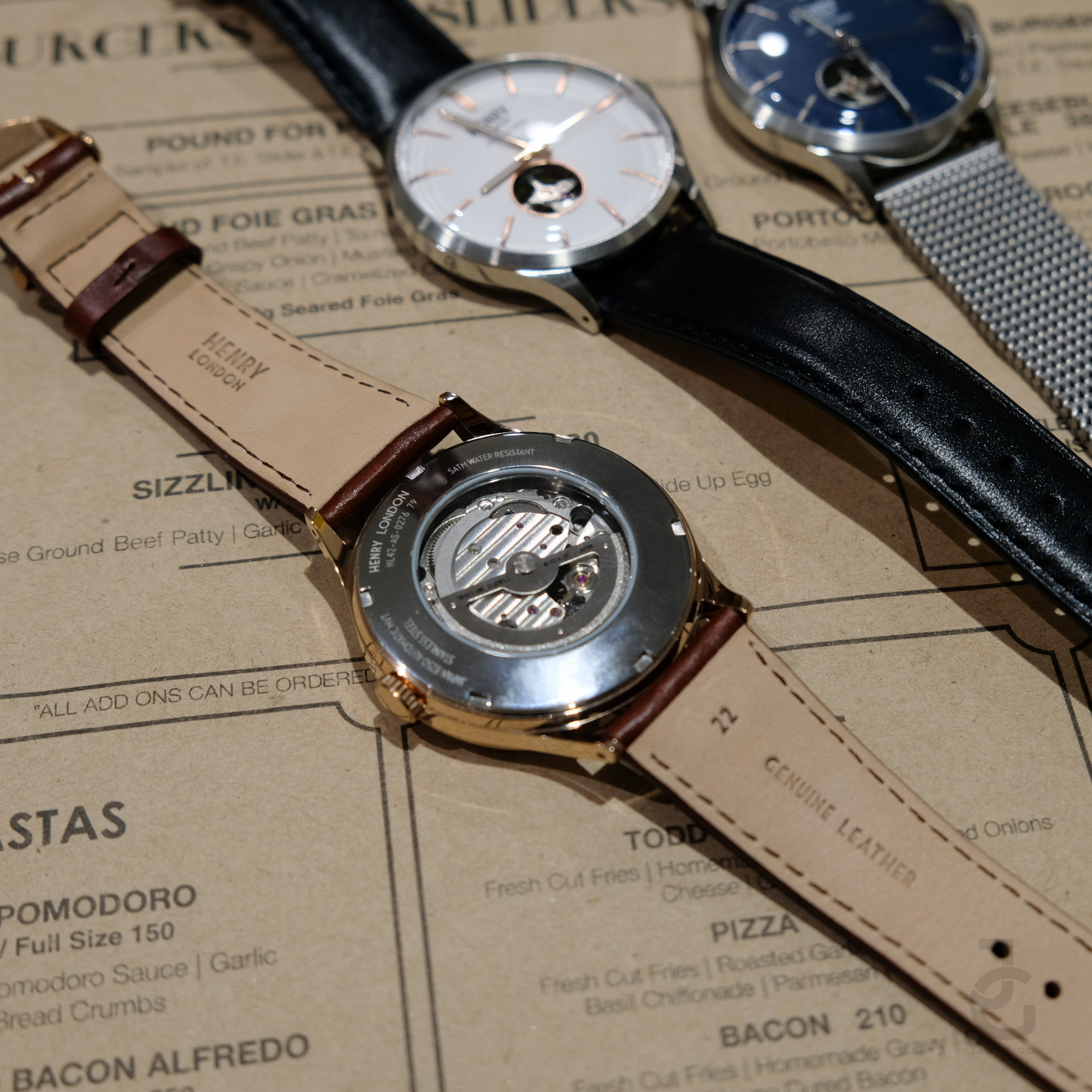 Transparent back casing lets you see its automatic movement. It’s a great starter watch especially for those who are on a budget. Thinking of gifting Mr. JG one so I can perhaps borrow and wear it as well? 🙂 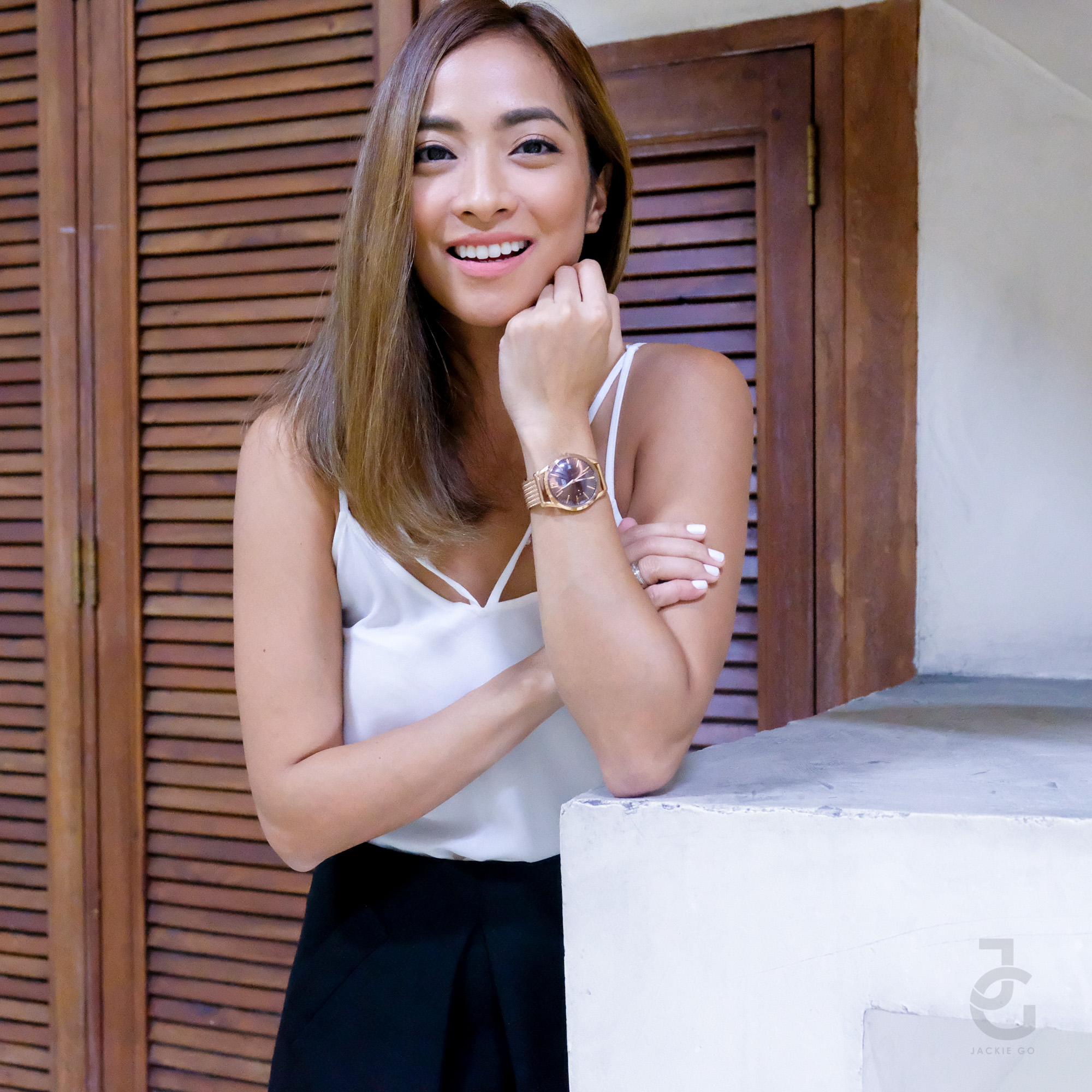 Another unique feature of Henry London watches is the ability to personalize certain models with an engraved message or initials which makes the watch more special and memorable. A great gifting idea  for special occasions such as birthdays, anniversaries, graduations, fathers and mothers day, Christmas and Valentines day. This will make the Henry London watch last thru generations. 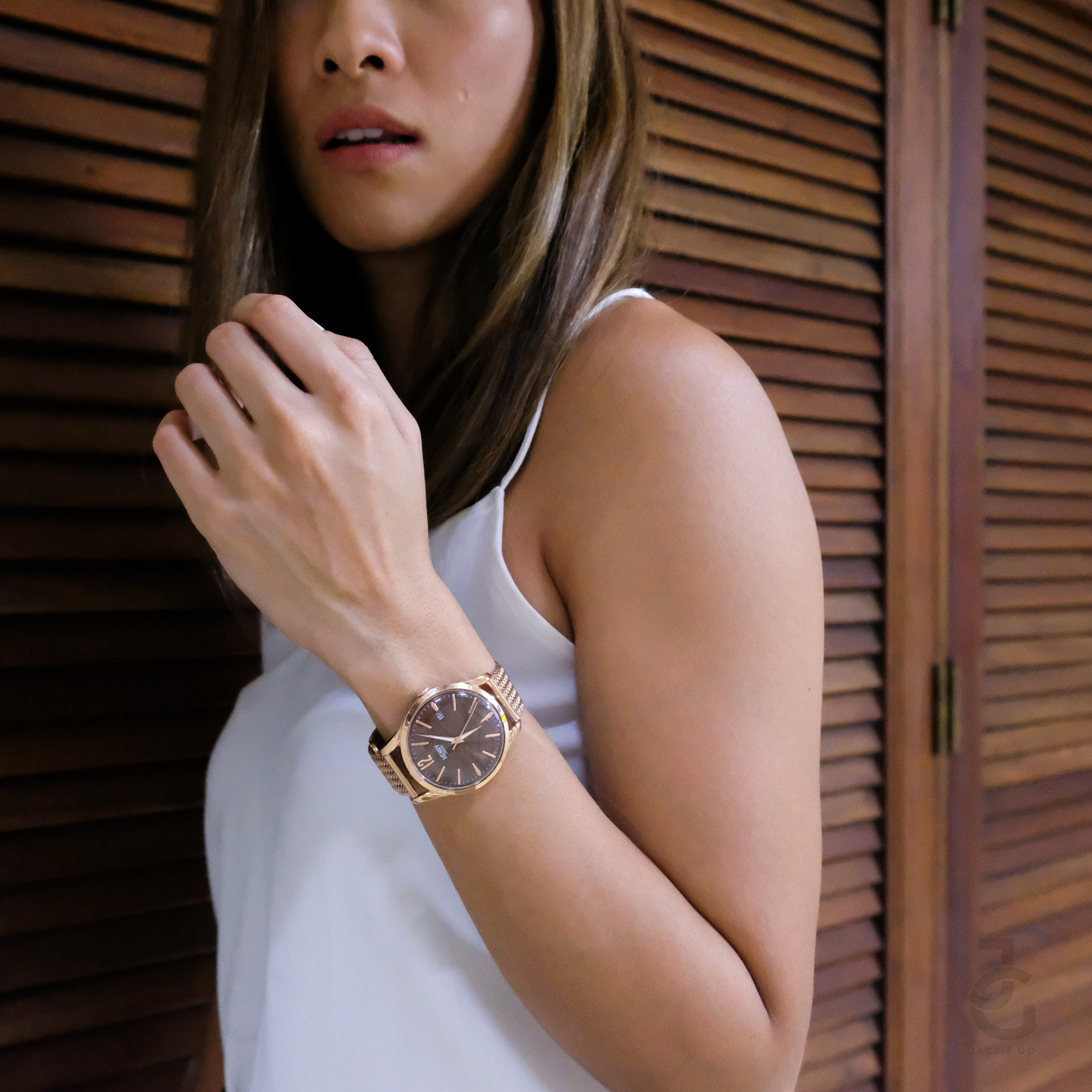 I actually had my very own Henry London watch engraved with my name at the back. For when I plan to pass it on to my daughter Gabbie, there’s something to remember me by. 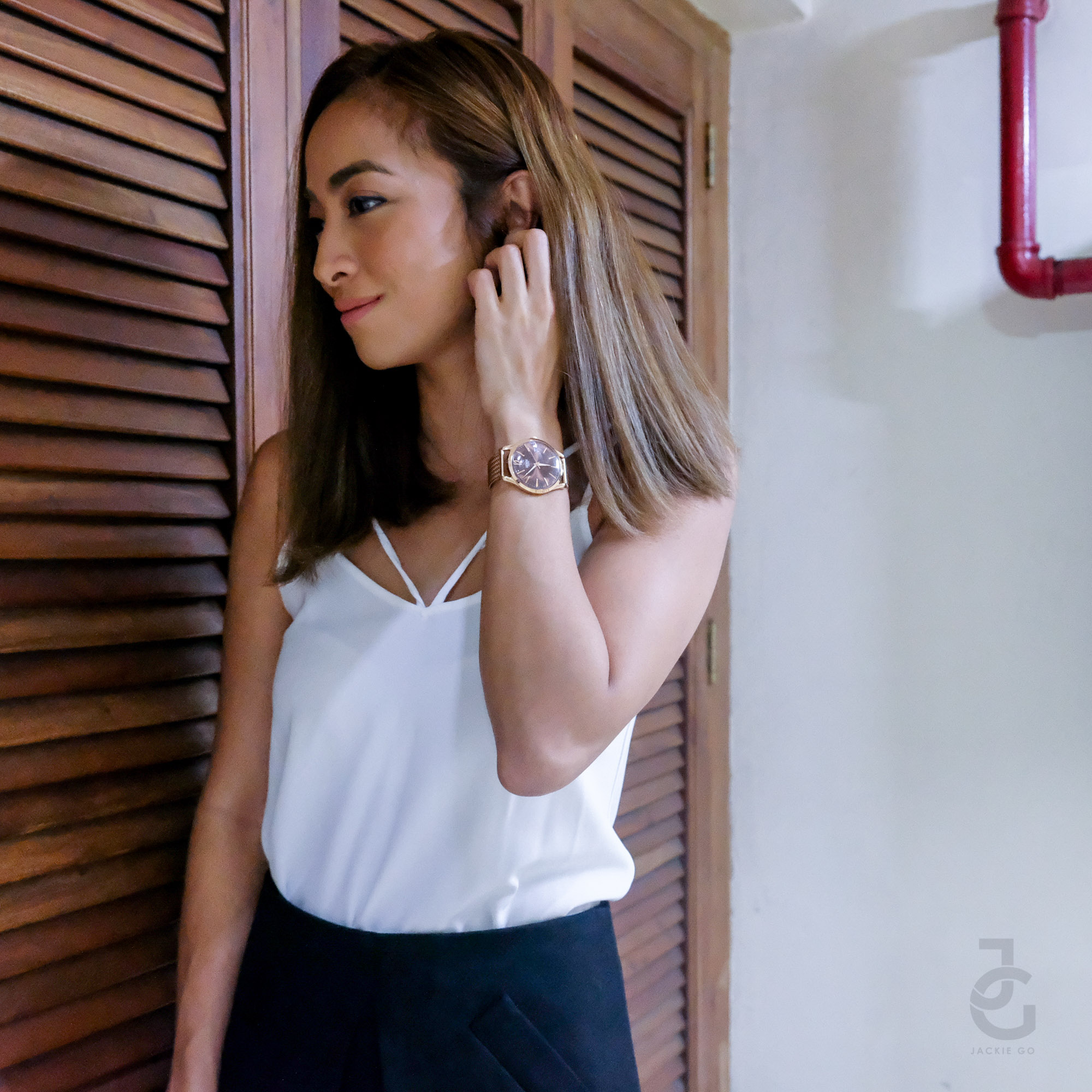 Love how the rose gold Henry London watch compliments my black and white outfit. It’s such a lovely conversation piece that won’t break the bank.