I can’t believe another week went by. It felt like I just wrote a recap yesterday and now I’m writing again today! 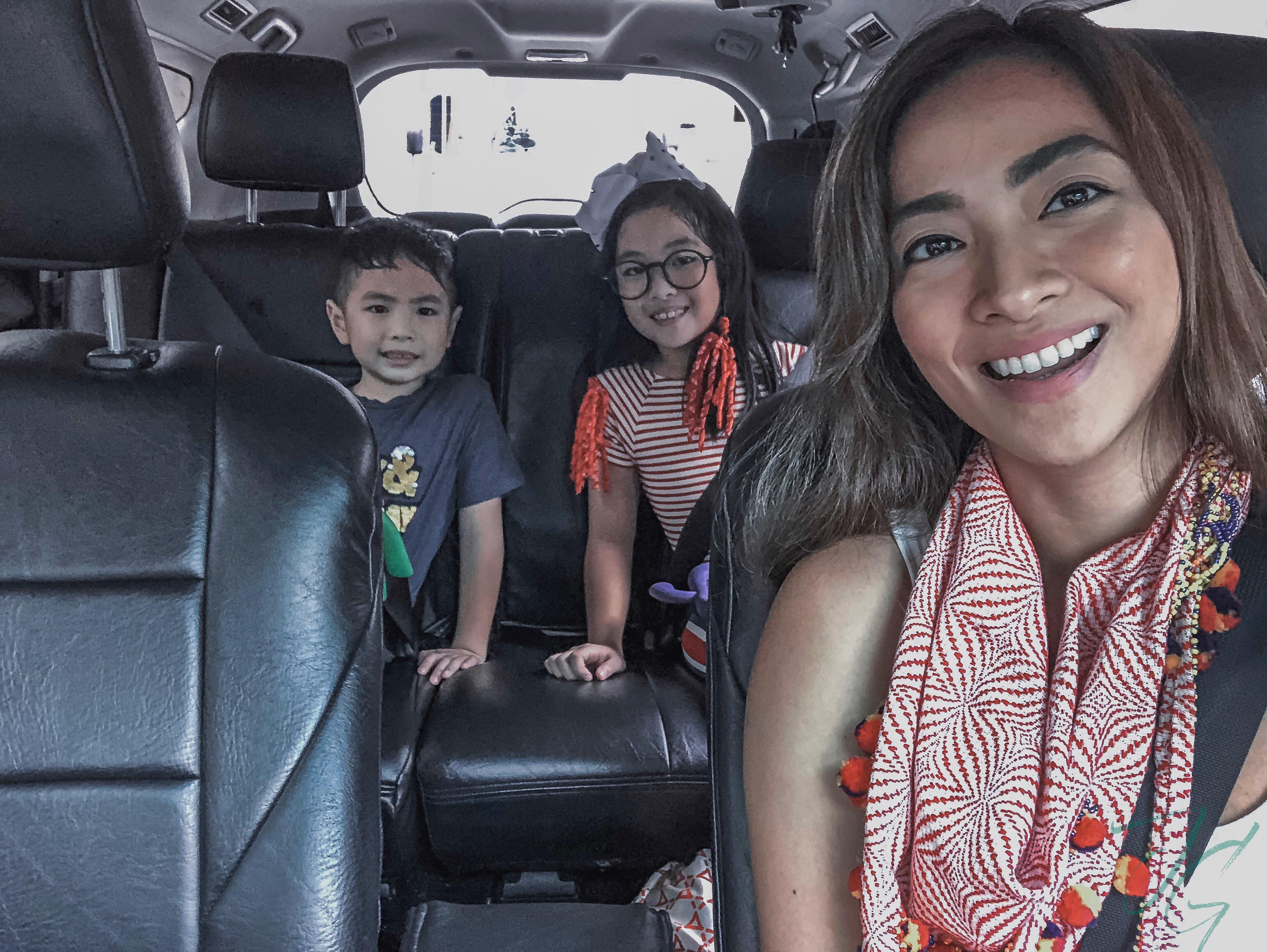 I spent Saturday with my kids as I brought them to one of my favorite cities, BGC. 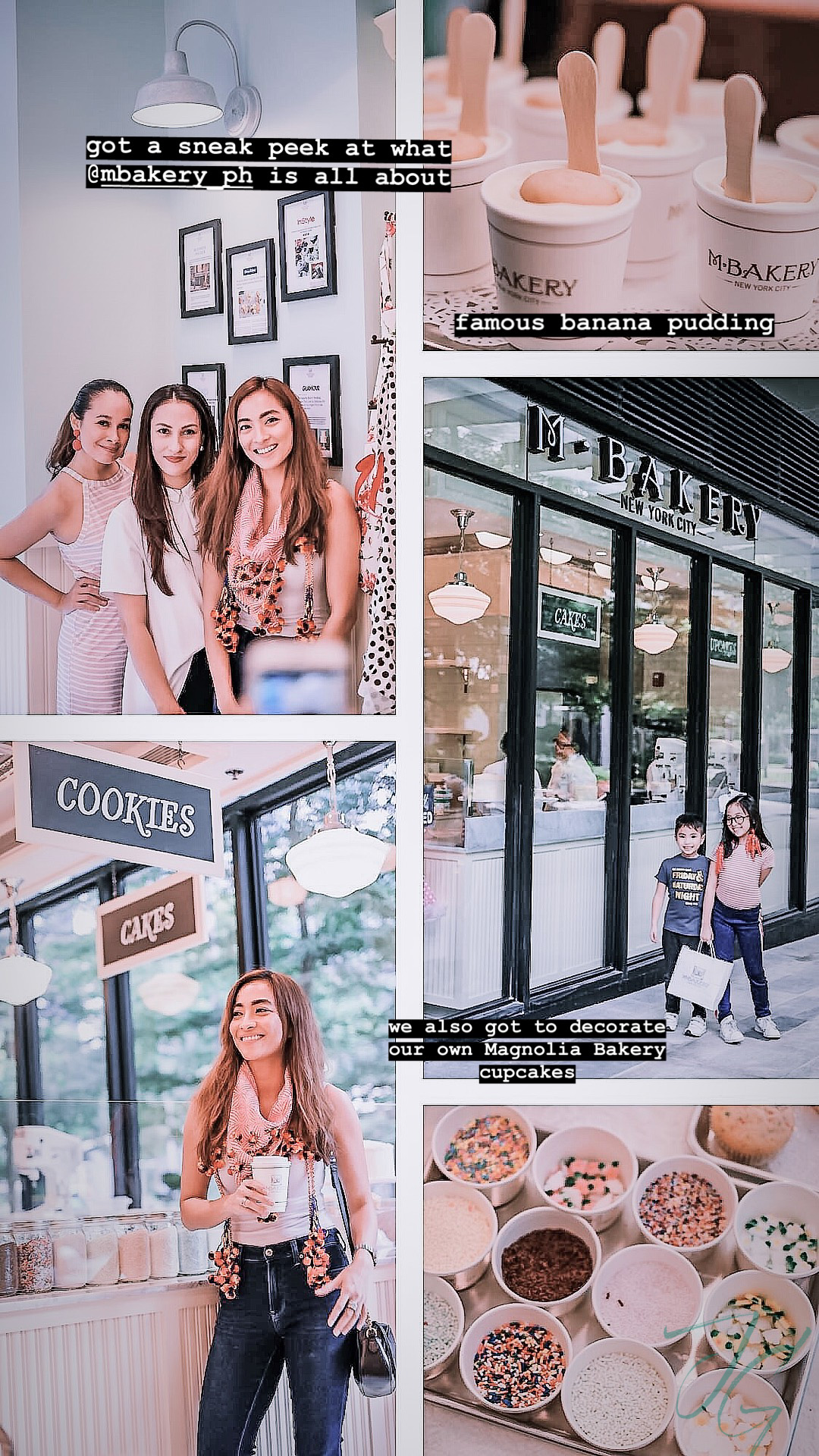 We were invited by Magnolia Bakery NYC to get a sneak peek of their first ever bakery here in Manila. Not only do we get a whiff of their freshly baked treats, we also got to decorate our own cupcakes and eat them too! 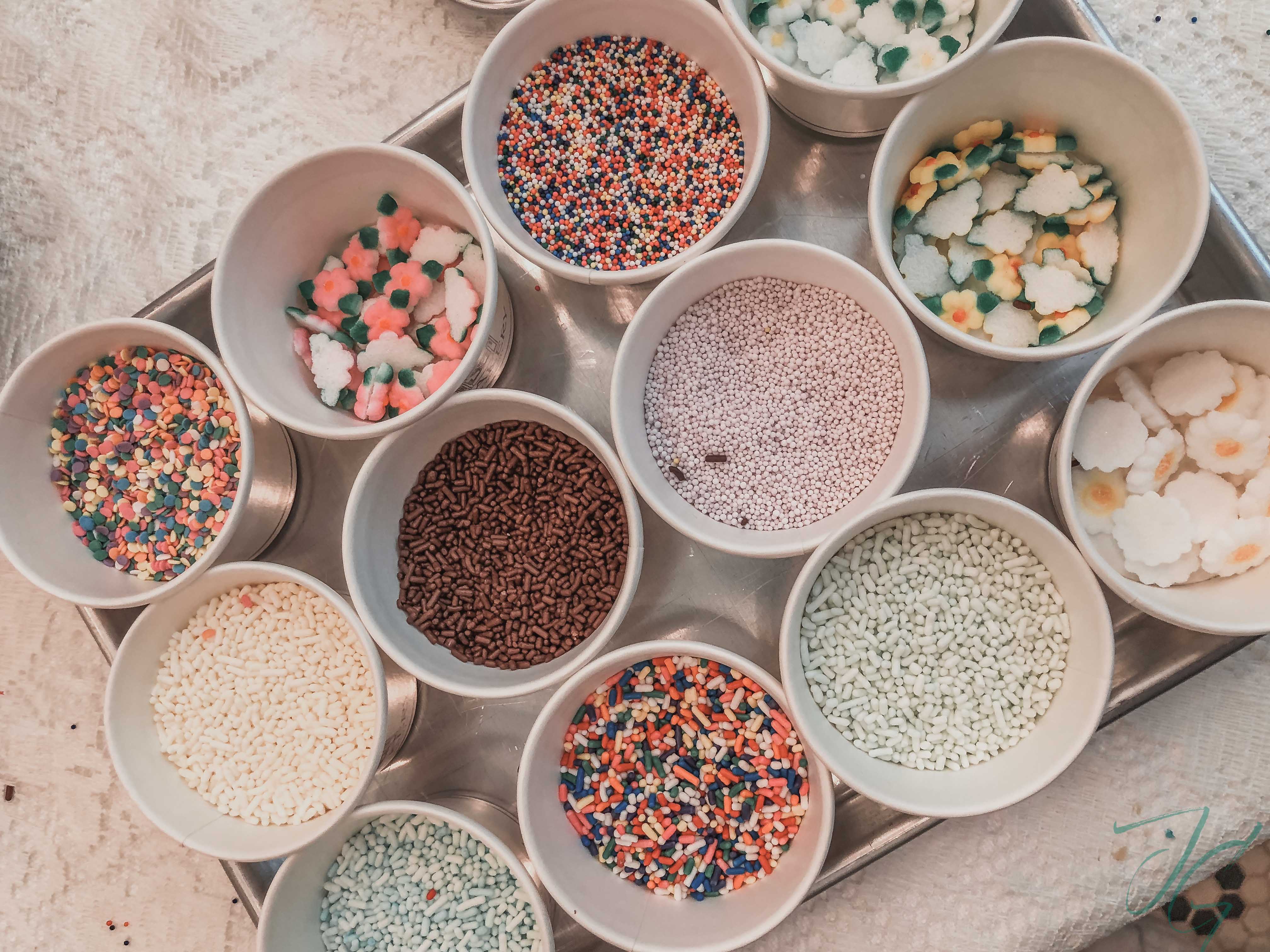 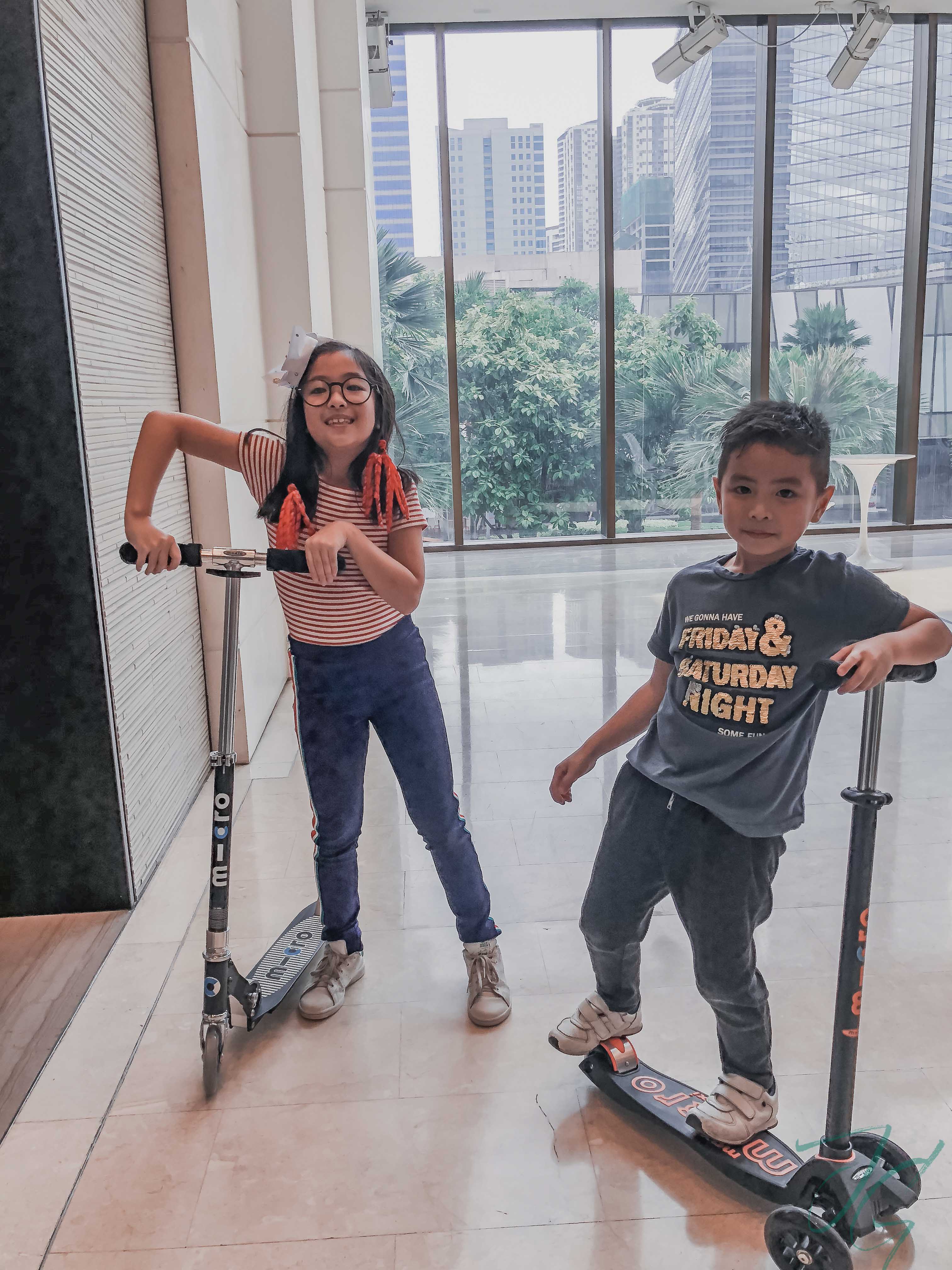 After the fun time we had at Magnolia Bakery, we were supposed to head to Powerplant Mall to catch a movie or play at Powerstation to kill time because we were supposed to pick up Jago at the airport who was out on a business trip since Thursday. But because of the chaos at NAIA Terminal 1 due to a Boeing plane veering off the runway, he had to rebook his flight later that night. And since these two cuties have been bugging me for a scooter upgrade, we decided to check out Hamley’s at Central Square. Ever since they saw the scooters there they’ve been wanting to own one. Annnnd (andaming and hahaha) because Juro’s birthday is coming up & Gabbie didn’t ask for any birthday gift for her birthday last February (well she did want to go to the beach & that’s what we did) I decided to get them their scooters.

Action shots and my realization about outdoor time & motherhood on another post! even though I’m intolerant to soy, I couldn’t resist and got taho

On Sunday as usual we went to hear mass in the morning. Our parish celebrated the Feast of Mary The Queen and every year its parishioners are treated with a feast of local snacks and food. Call it a Sunday Fiesta that consists of taho, dirty ice cream, turon, kakanin, pansit  and so much more! 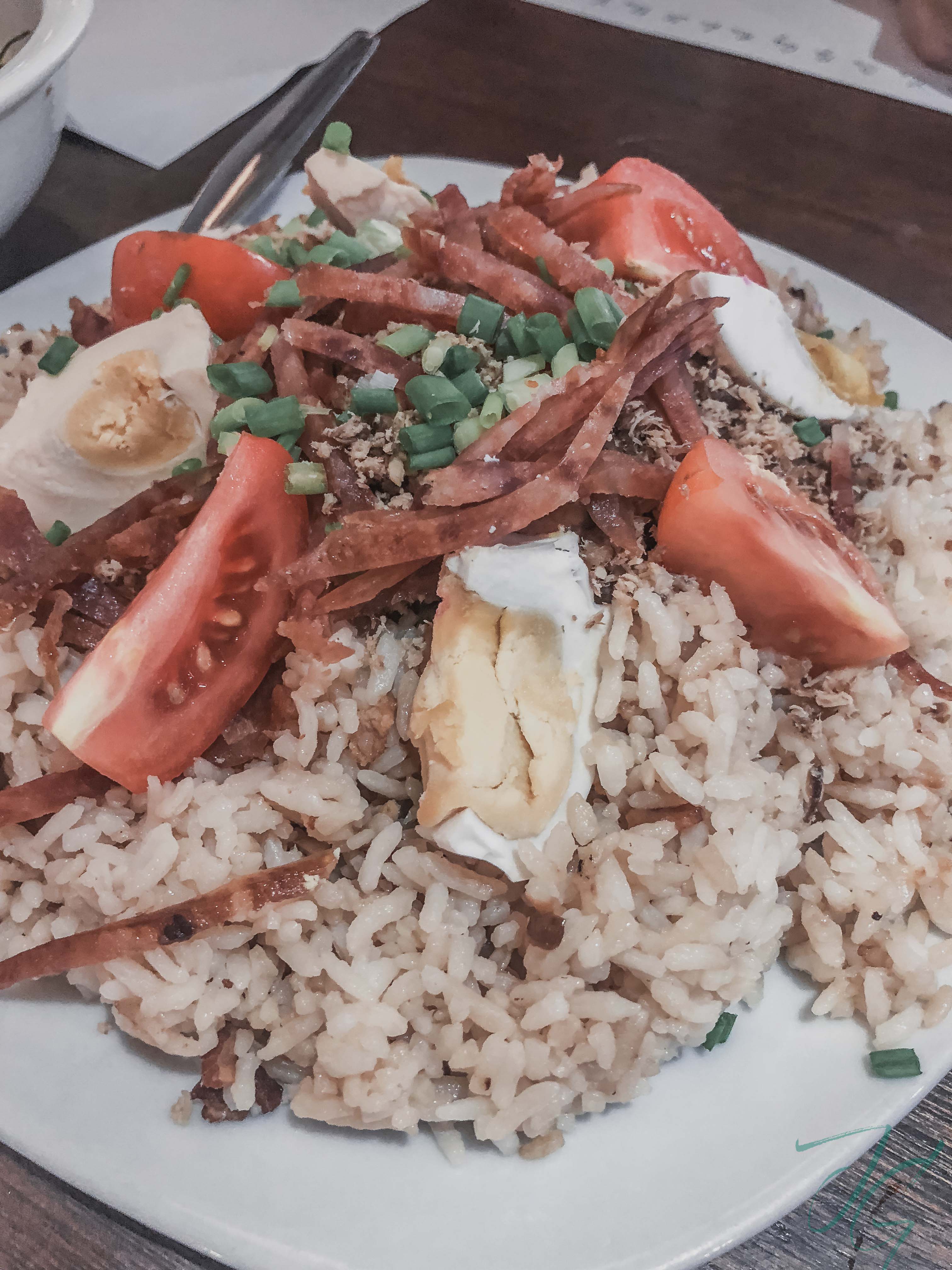 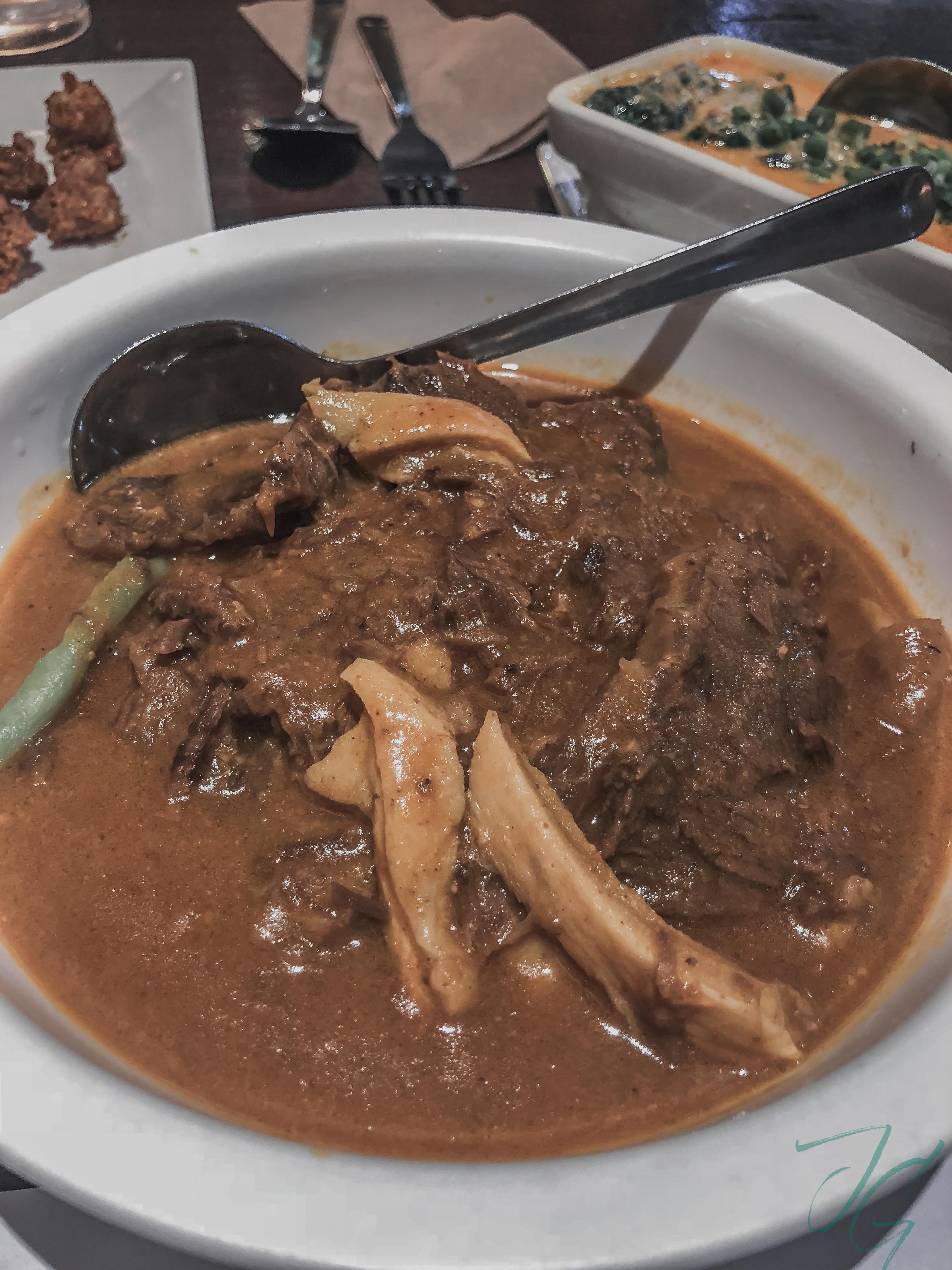 Jago was craving for Pinoy food (after all that Thai food he had) so we had fiesta rice and Kare-Kare for lunch. We also had a few other veggie dishes that unfortunately I wasn’t able to take a photo of because we inhaled it quickly. Hahaha. #medyoherbivorepalaako 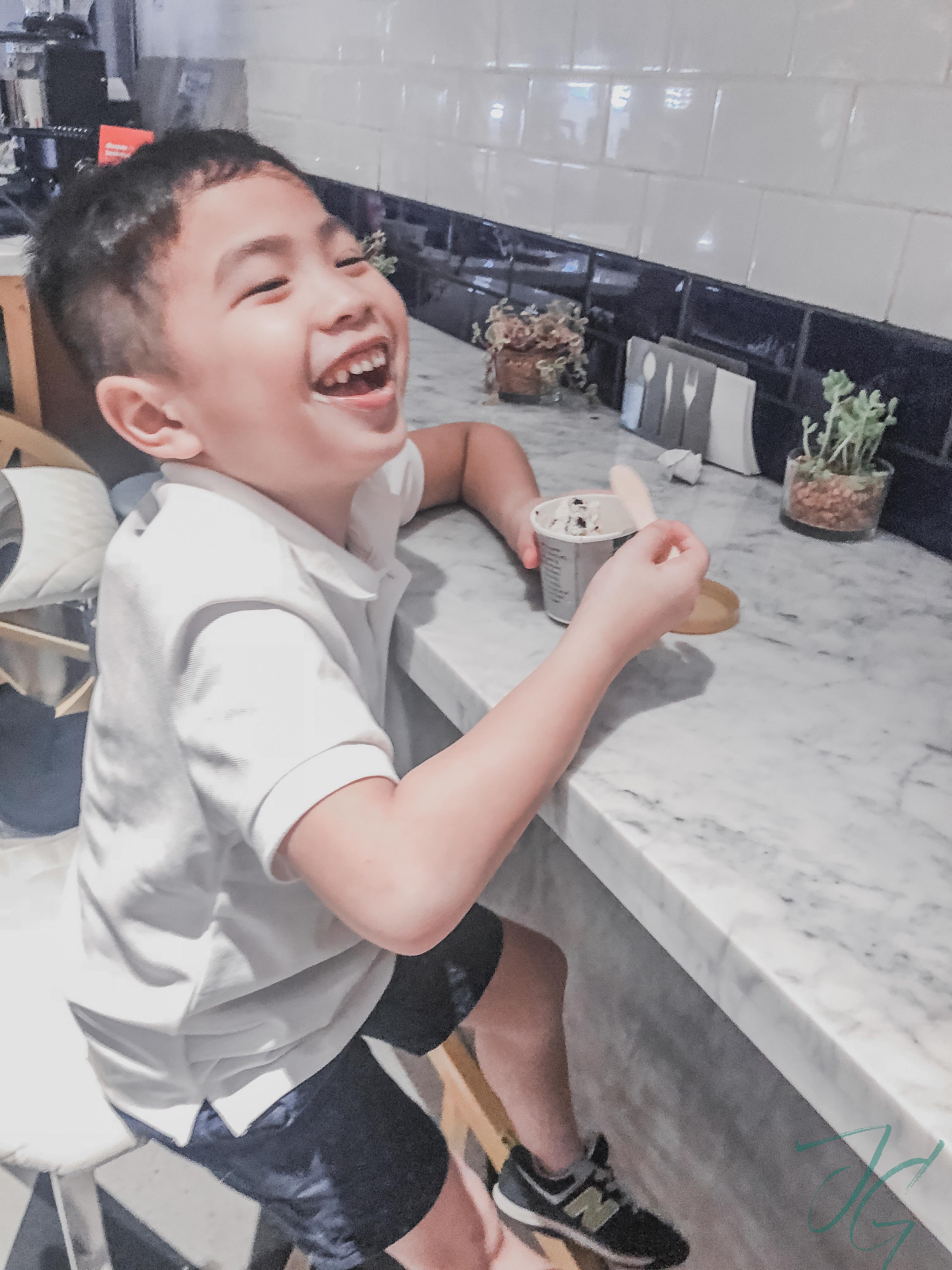 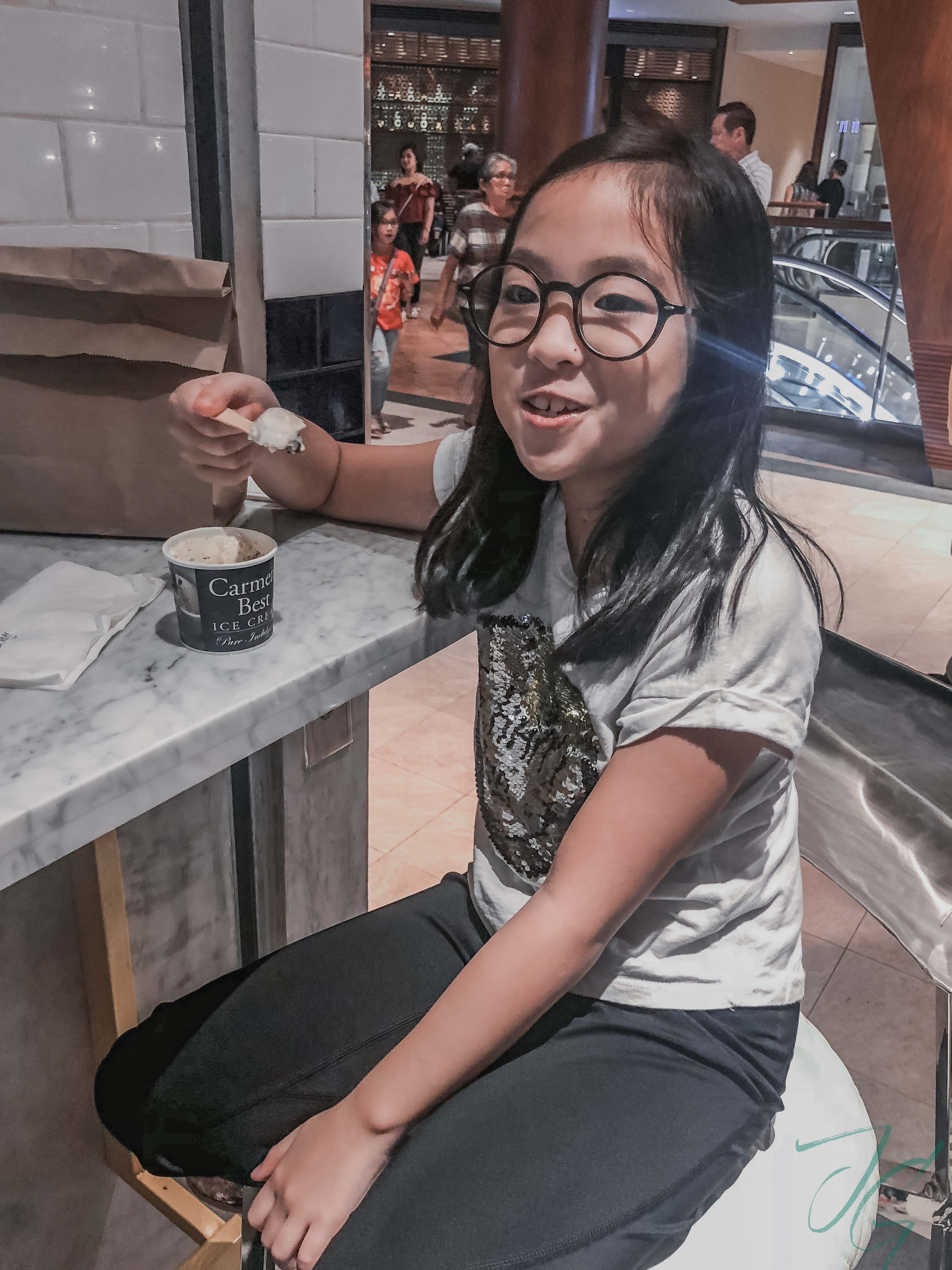 And to welcome their dad back, they had one of their favorite ice creams, Carmen’s Best. 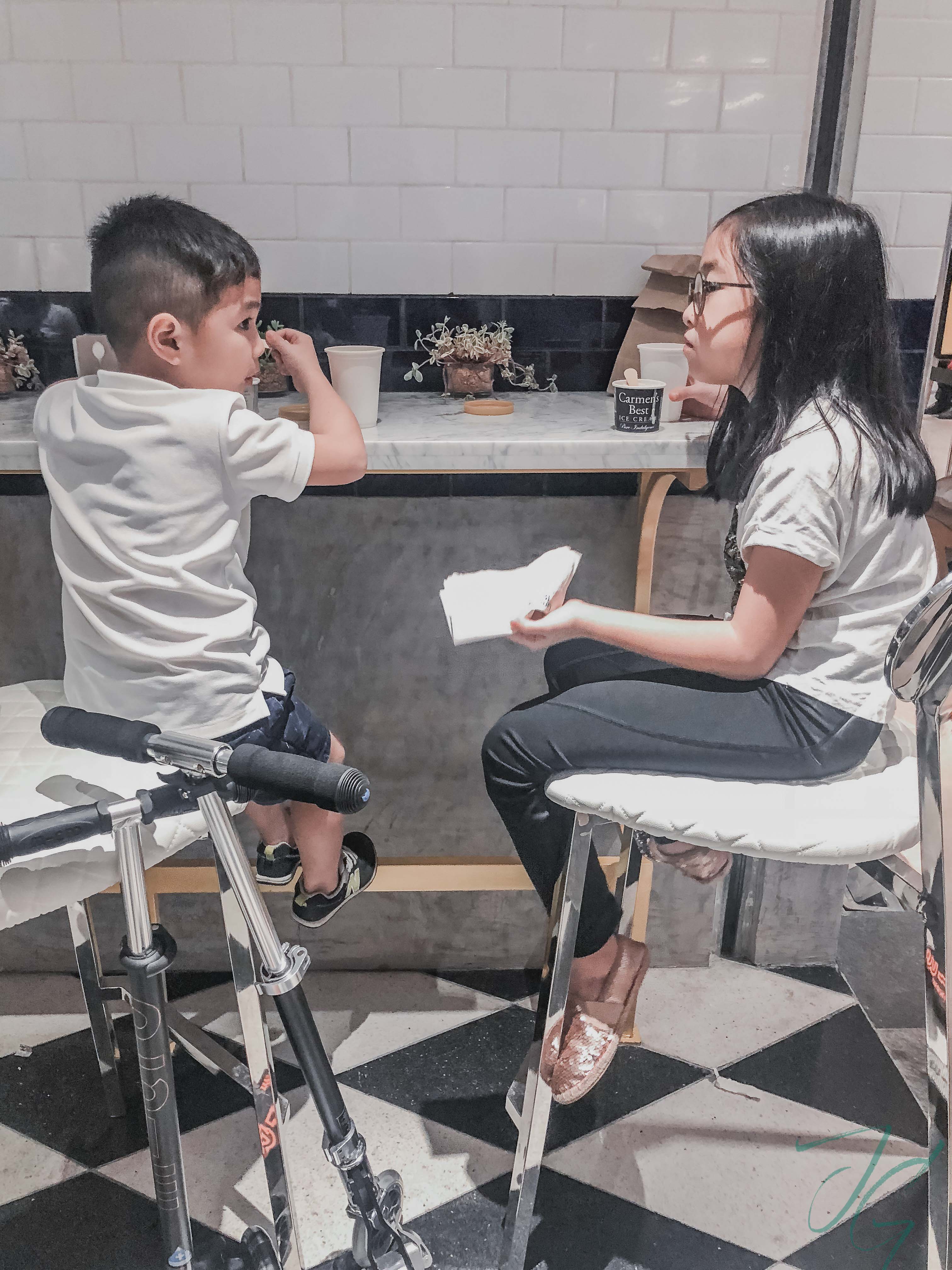 They recently opened their first ever store at Powerplant Mall (one of our favorite malls) and these two enjoyed their very own serving of Cookies & Cream. 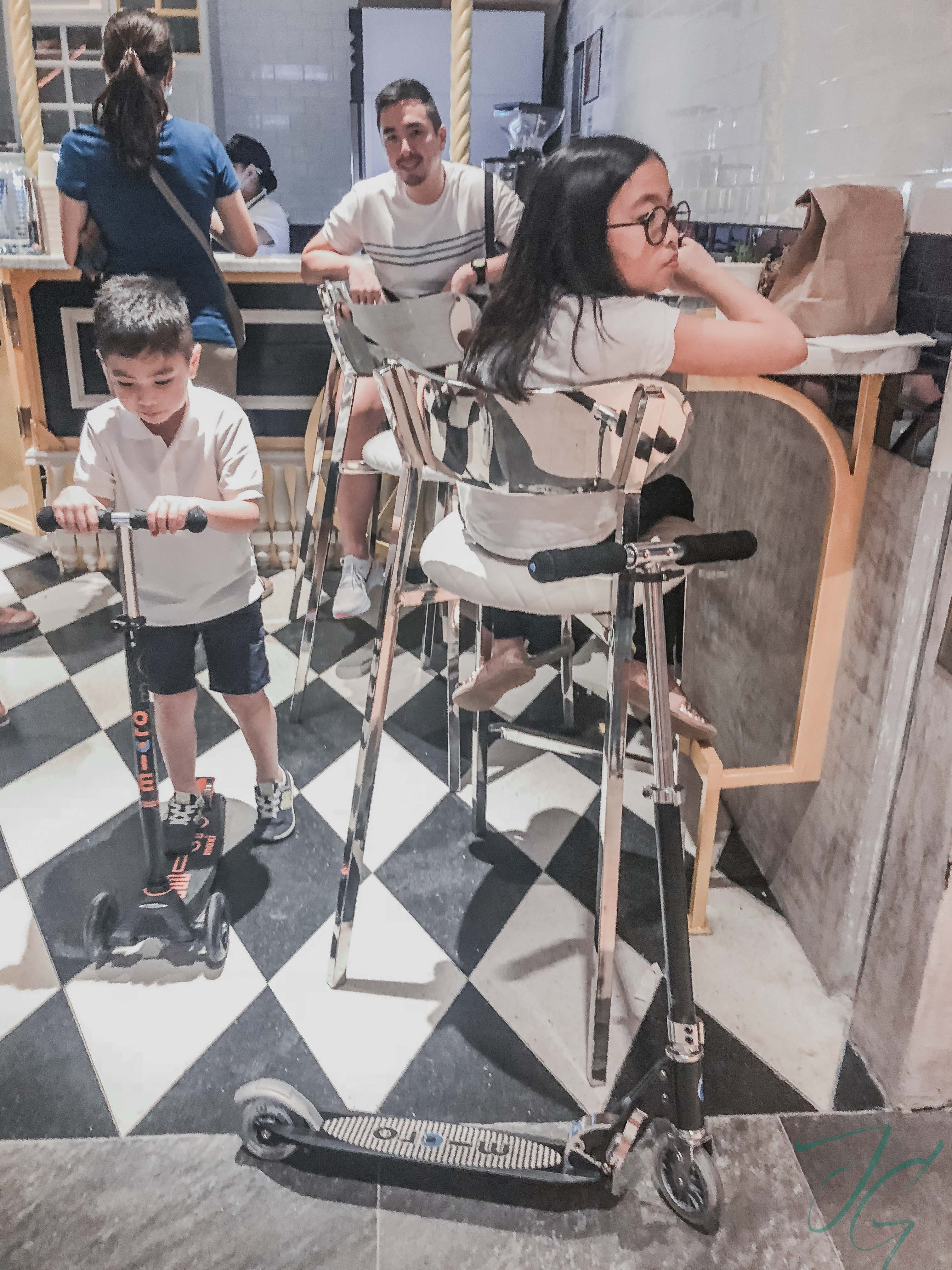 We were planning to catch Christopher Robin or The Little Mermaid but these weren’t showing na. The kids also wanted to ride their scooter so we brought them back to their Ahma’s (grandmother) while Jago & I watched Mission: Impossible – Fallout. I knooooow it’s been weeks since its release but buti na lang we were able to catch it pa. Can I just say Iba talaga is Tom Cruise! He’s still got it. And I want my very own Benji & Luther in my life!!! Also, I want Vanessa Kirby’s arms & back! She just looked so good as The White Widow! Her lean & muscular body was far from the soft feminine physique she has on The Crown and her long blonde bob works well on her too. Peg sa pagiging bad ass!

After the movie we had dinner with our extended family and went back home because Juro had to study for school the next day. I did my usual Sunday night routine: catch up with my favourite series while I iron the kids’ uniform & some of Jago’s clothes.

That’s pretty much how our weekend was. Grateful for spending it with family over food & fun activities.

Kinda ready to face this week! How was your weekend? ☺️