You know you’re turning into a foodie when you get giddy upon finding out that food stores that were once only thousands of miles away from your country is finally opening a store in your home shore. Thus, I conclude that I’m turning foodie-nese (okay, I made up that term but aminin, medyo catchy). I was pretty thrilled to know that my neighbourhood shopping centre has added a new concept store, making Greenhills’ roster of restaurant enough reason to visit. 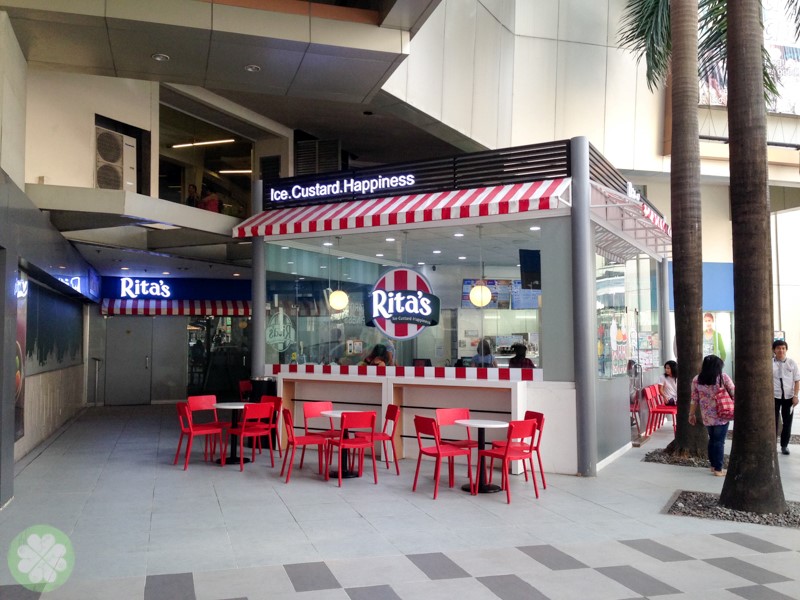 Rita’s Italian Ice is the largest Italian Ice concept in the world and has 600 stores in the USA. Italian ice is more commonly known as water ice. Kinda like the common summer treat here in Manila- ice pops! Flavored ice that can help you cool down on a hot summer day. 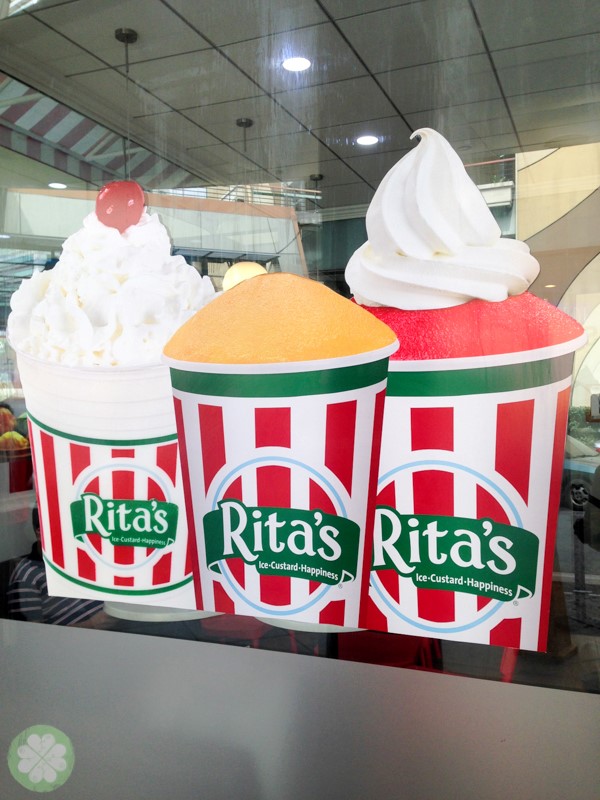 Rita’s story began in the sweltering hot summer of 1984. It was then that Bob Tumolo, a former Philadelphia firefighter, started selling Italian Ice (also referred to as water ice) from a small porch window in Bensalem, Pennsylvania. With the modest goal of earning a little extra income, he named the business after his wife. You guessed it! Her name is Rita.

Bob and his mother, Elizabeth, set to work on their special formulation of Italian Ice, which they made fresh each day. They quickly perfected the flavors and consistency of the frozen treat, adding chunks of fresh fruit to the recipes—and ensuring freshness by discarding whatever they hadn’t sold after 36 hours.

Rita’s Italian Ice was a flavor sensation with Philadelphians, who are arguably the most devoted and discriminating consumers of water ice in the United States. By 1987, Bob and his brother, John, had opened three more Rita’s locations in the Philadelphia area to meet increasing demand. Soon, customers started approaching Bob, wanting a taste of Rita’s success. In 1989, Bob started franchising the business and by 1996, Rita’s had grown to more than 100 outlets in nine states.

Today, Rita’s Italian Ice continues to grow, expand, and spread happiness everywhere it goes. Still made fresh every day with real fruit. Still refreshing. Still fun. Still delicious. Just like it was in the early days when Bob Tumolo and his mother opened the very first Rita’s in Philadelphia. 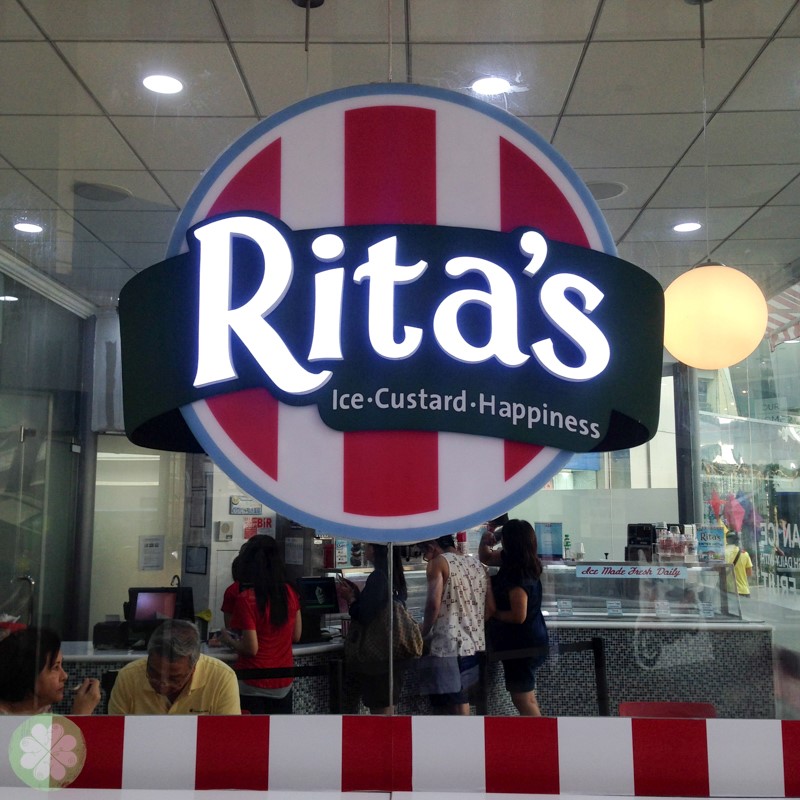 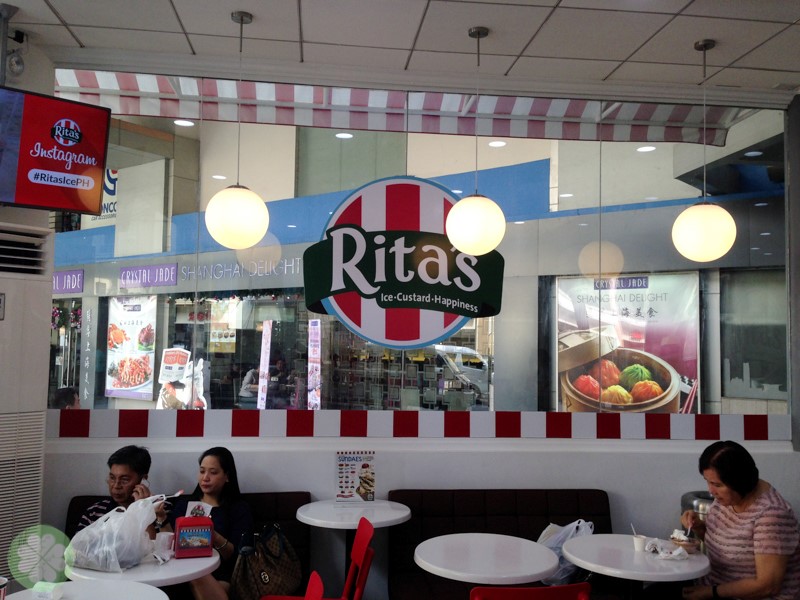 There are seven options to choose from. From the simple Italian Ice to layered Blendini. Blend it in a Blendini or layer it in a Gelati. 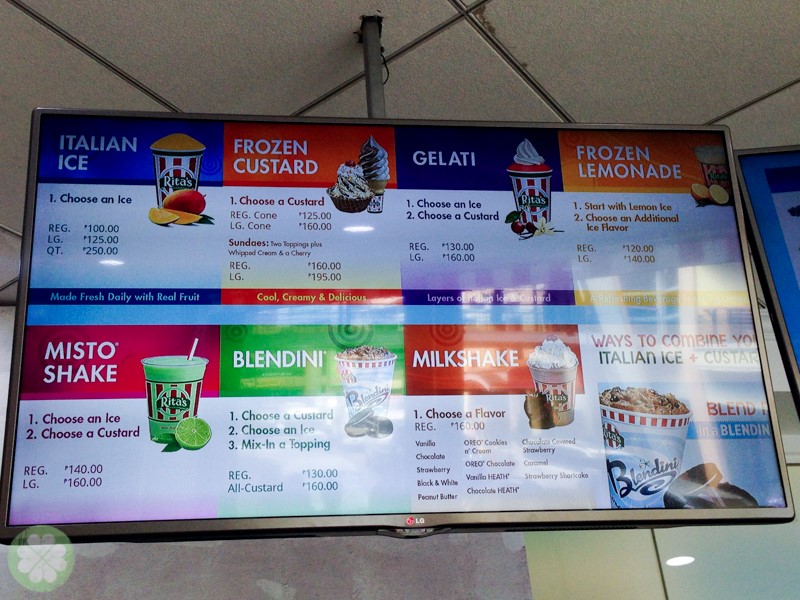 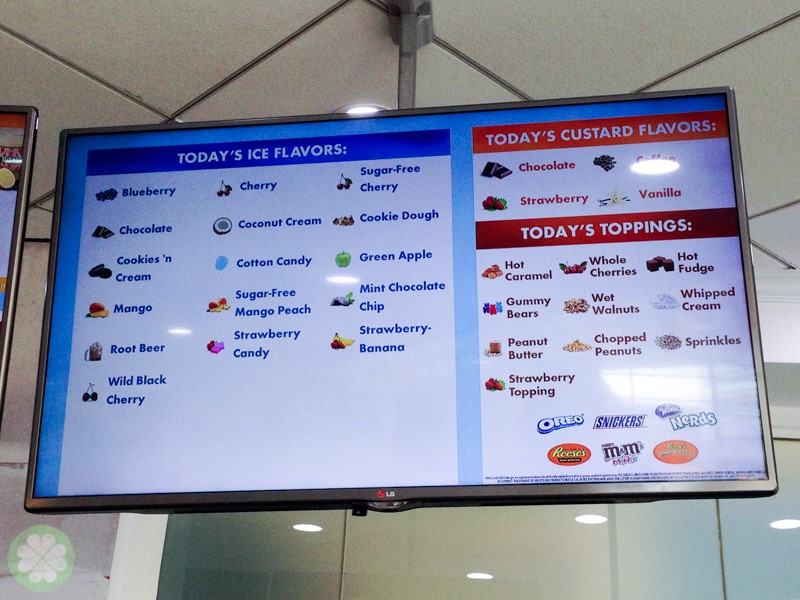 They offer different Italian ice flavors depending on what they make for the day as their ice is made fresh daily. Best to consult the menu for options. You can also do a taste test of your chosen flavored ice. 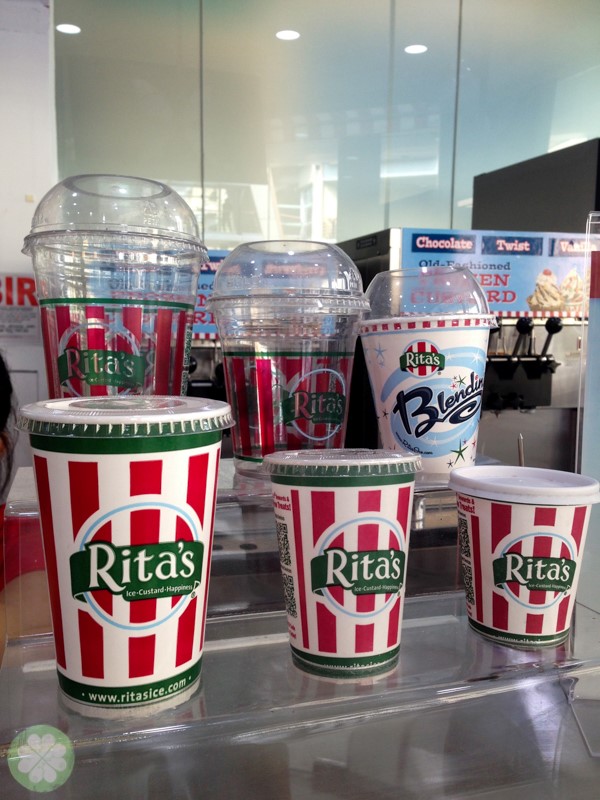 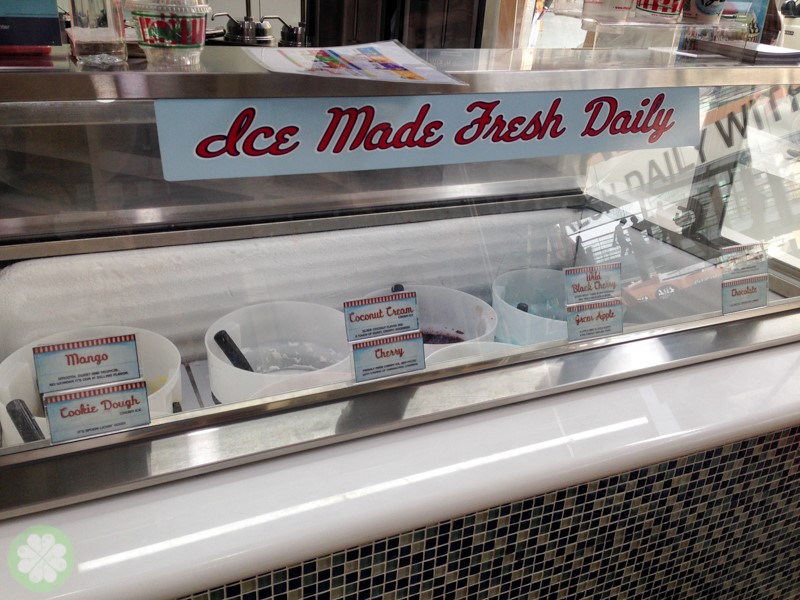 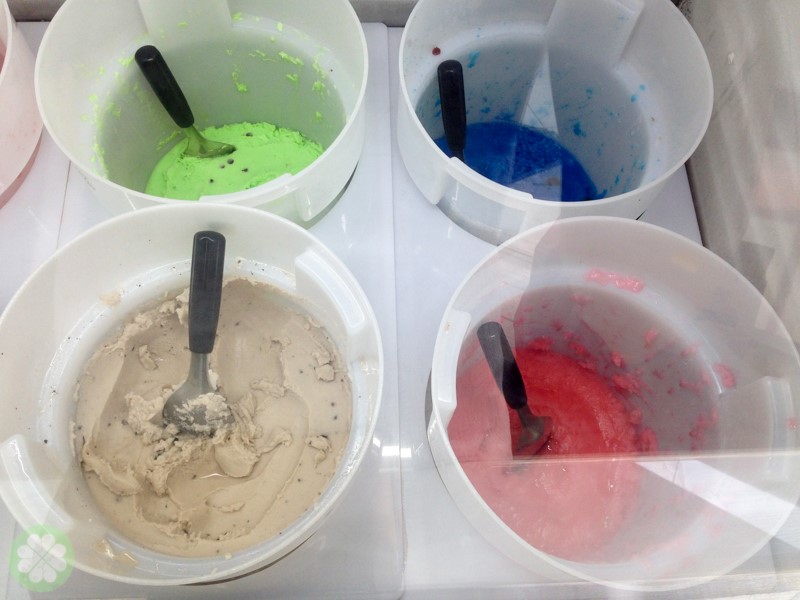 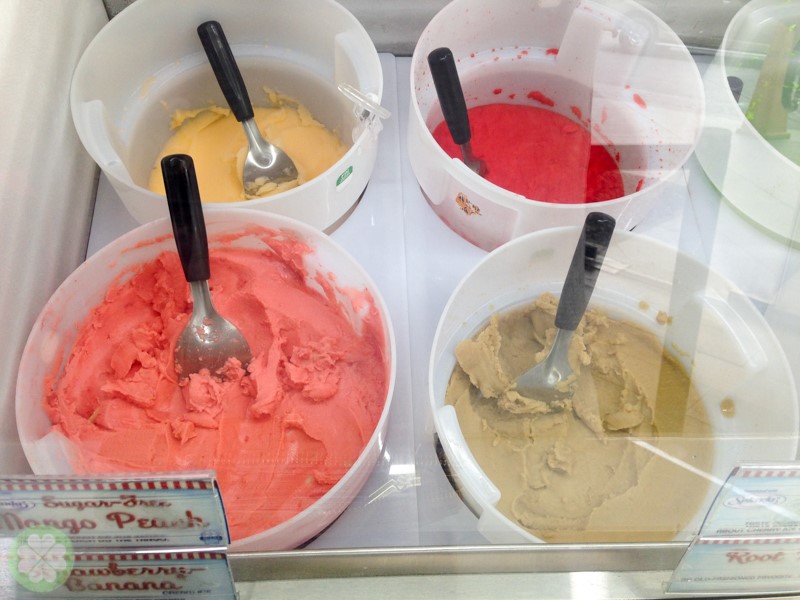 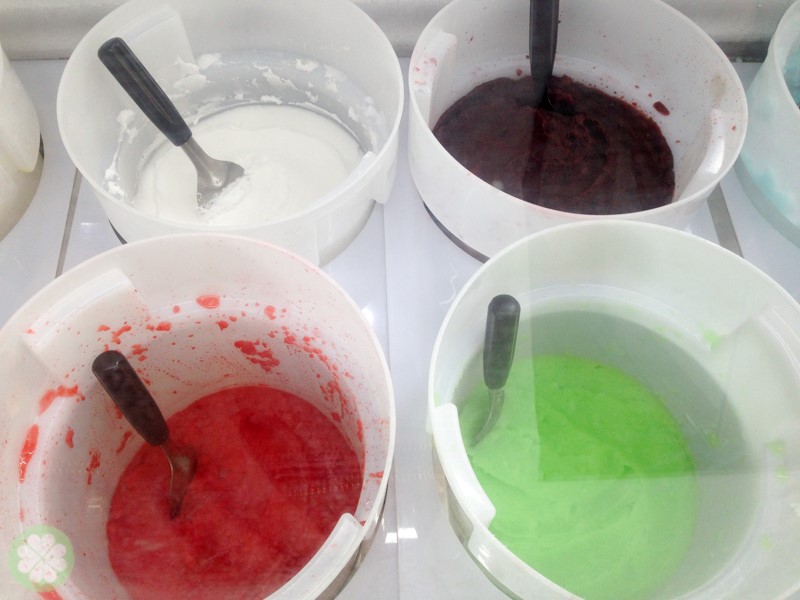 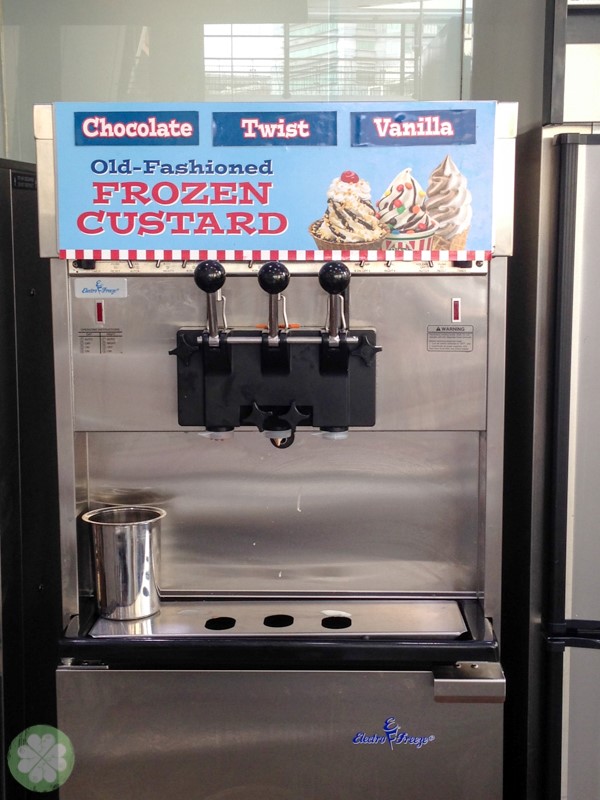 Old fashion custard in classic chocolate and vanilla but they also have coffee which I’ll definitely try next time. Rita’s Italian Ice also has a custard cookie sandwich made with giant Oreo! I’ll let lil’ Ms. GJG try this next time. I got super overwhelmed as the indecisive me couldn’t handle too much options. So I did the next best thing, ask the server for some recommendation.

So I got the Strawberry Banana with Vanilla custard Gelati combo, regular size at P130. 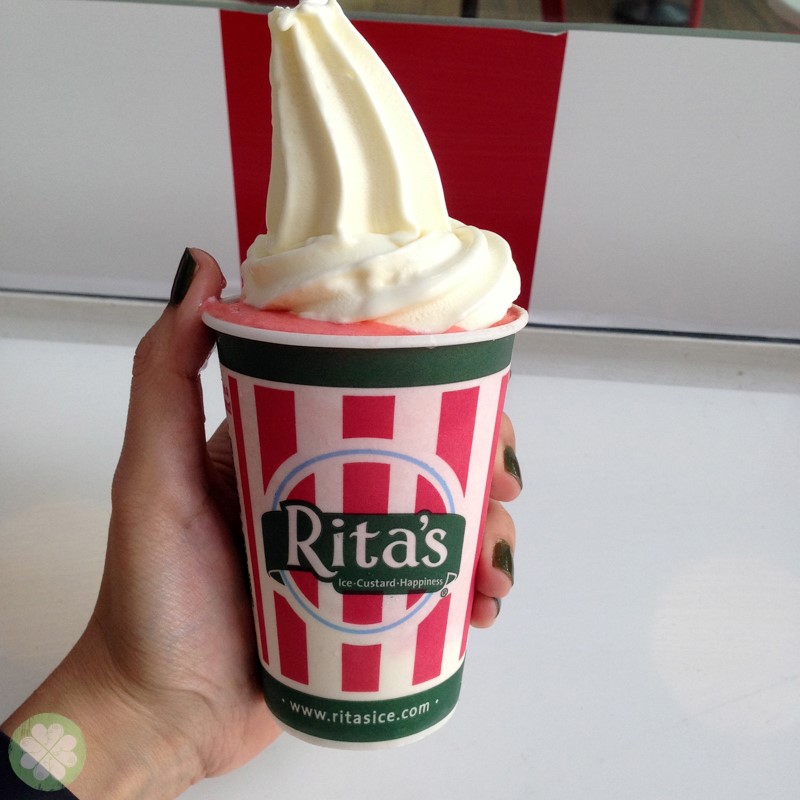 I gotta say, it was a good choice. The fusion of the Italian ice with the creamy custard was something that surprised me, given I’m not really a fan of flavoured ice. It’s a treat that i would give myself and my kids once in a while, maybe more especially come summer time! 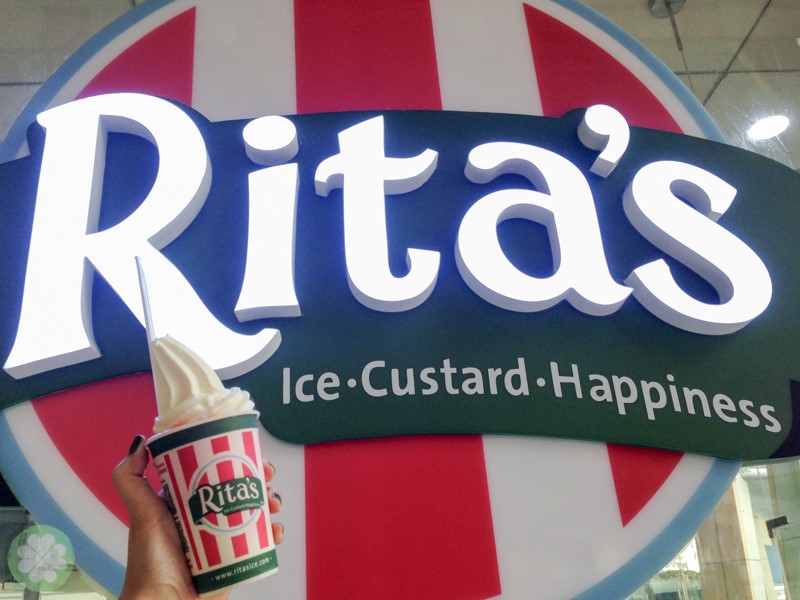 Rita’s Ice.Custard. Happiness. Another go-to dessert store seeks to bring happiness in every cup. I’m definitely coming back to try their other variants and I’m bringing the kids with me.