As a mother, I would do anything for my kids. Aside from providing them what they need, I try my very best to give them opportunities to learn. For I believe that their capability to be the best that they can be starts early on. For me, nurturing the ability of my children to be brain smart, people smart and body smart is part of my calling as their primary caretaker and this I take seriously.

Multiple intelligence is one of the things I’ve researched even before I was pregnant with lil’ Ms. GJG. For me, in this day and age where almost everything is instant and technology based, we shouldn’t be basing academics alone as a standard of intelligence. If there’s one thing I can advise parents, it would be that they go for multiple intelligence like I do.

Linguistic (words), logical (numeral), spatial (pictures), musical, bodily-kinesthenics (physical), interpersonal (social), and interpersonal (self), and naturalist (nature) are the 8 intelligences that are also known as multiple intelligence. These are also the different aspects in which a child can learn. By being keen on observing your child’s interest, you’ll be able to determine which learning process works well for him/ her.

At an early age, both my children presented interest in different intelligence modalities. Although they have opposite personalities, both showed early signs of enthusiasm when it comes to learning. 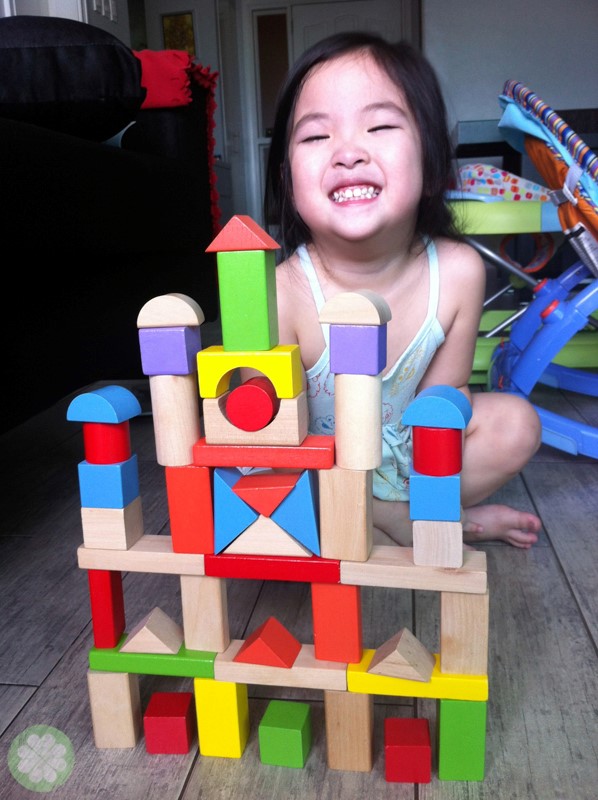 Lil’ Ms. GJG here was 2 years old when she discovered she can create anything with her set of wooden blocks. I love that she gets surprised with her ability to make things with the help of her imagination. 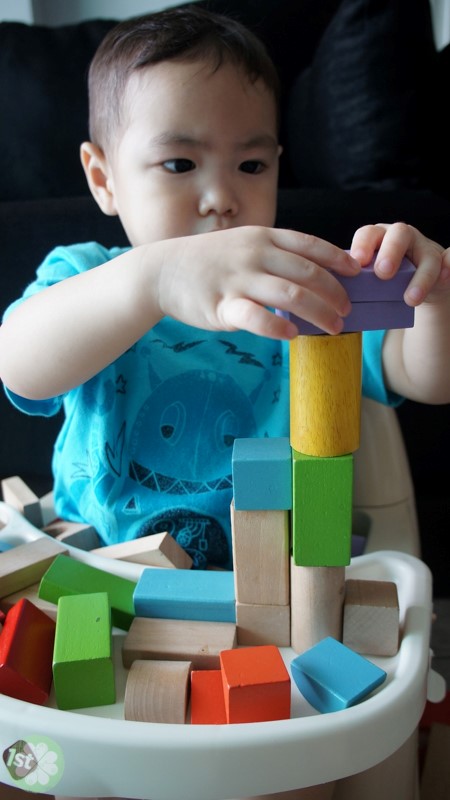 Lil’ Mr. GJG on the other hand, uses the set of wooden blocks to count by stacking and building them up. He sometimes gets frustrated whenever his “building” collapses as he would start over again yet he’s determined and persistent. 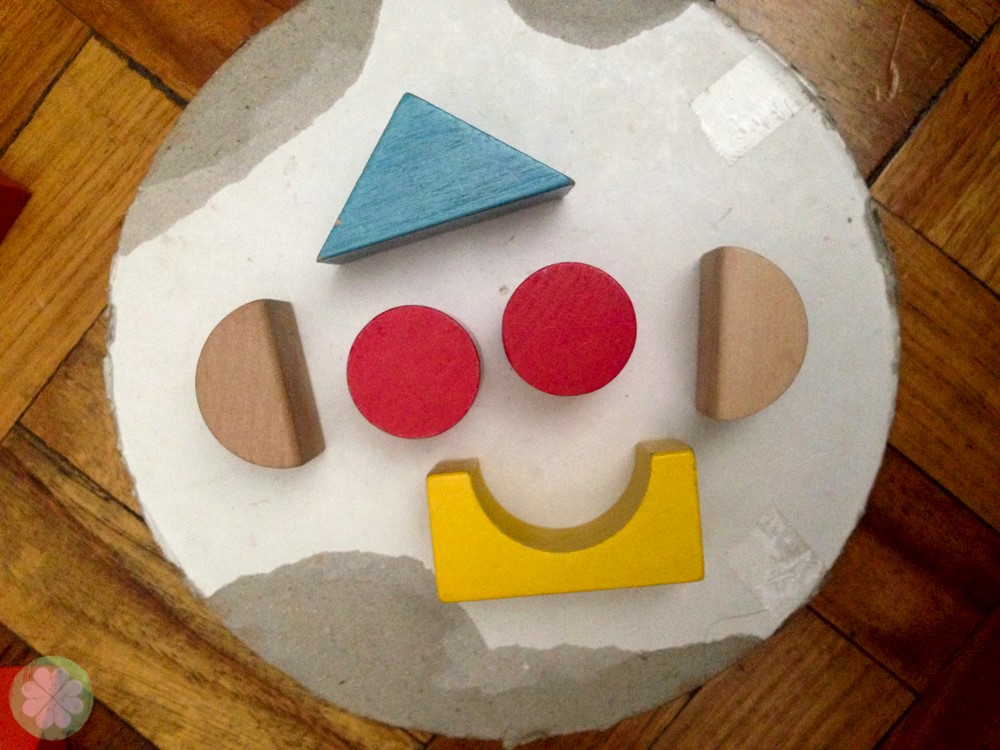 An accidental creation of my children while they’re packing their blocks away. 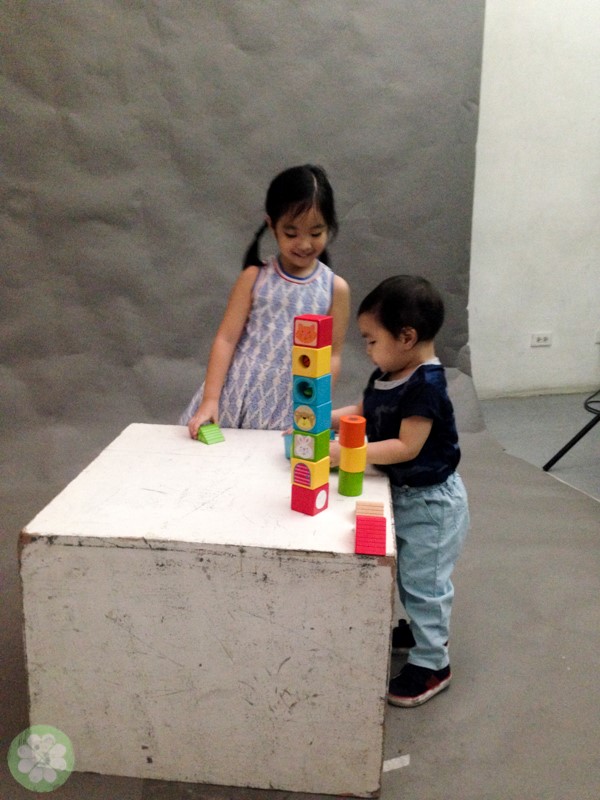 Lil’ Ms. GJG is a very timid little lady. She doesn’t mind tinkering with different things on her own as she gets excited creating something out of nothing. But doing it with other people is a a bit of a challenge as it makes her uneasy and uncomfortable. That’s why we enrolled her in school at the age two because we think it would greatly help hone her social skills once she interacts with kids her age.

Aside from developing my children’s interests, I make it a point to pay attention to what they’re not interested in. We often times neglect this aspect of raising our children. But sometimes, it’s important to also focus on what’s lacking to further understand the reason why. It wasn’t until after I’ve given birth to lil’ Mr. GJG that I’ve noticed how different my kids are and how painfully shy lil’ Ms. GJG is. 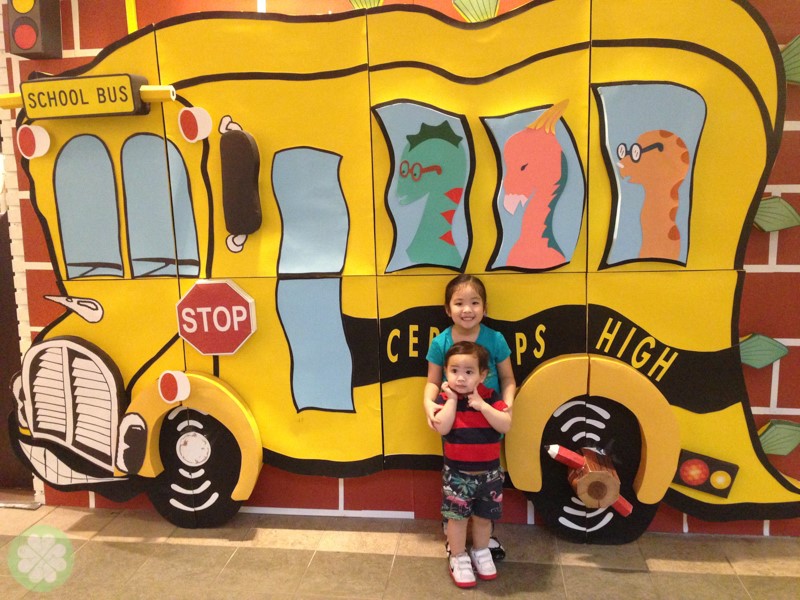 When she became a big sister to lil’ Mr. GJG, her interpersonal skill was challenged even more. Slowly, she learned to interact and immediately took the role of being an Achi to her baby brother instinctively. She’s grown up to be a protective and loving sister to her brother. The once apprehensive lil’ girl is now more confident to take on bigger responsibilities. 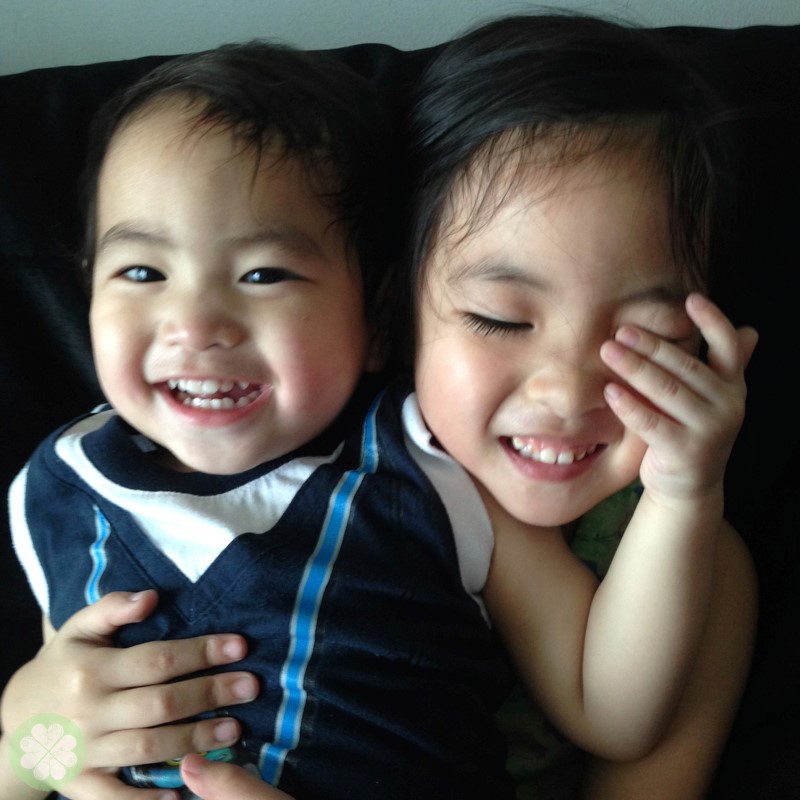 She’s also been more in tune with expressing herself and how she feels. Being in tune with one’s feelings and how one expresses it are not always openly discussed by parents and their children. This is one aspect in my children’s personality that I really want for them to develop. Because feelings can greatly affect one’s decisions and I want them to make better decisions and choices in their lives. 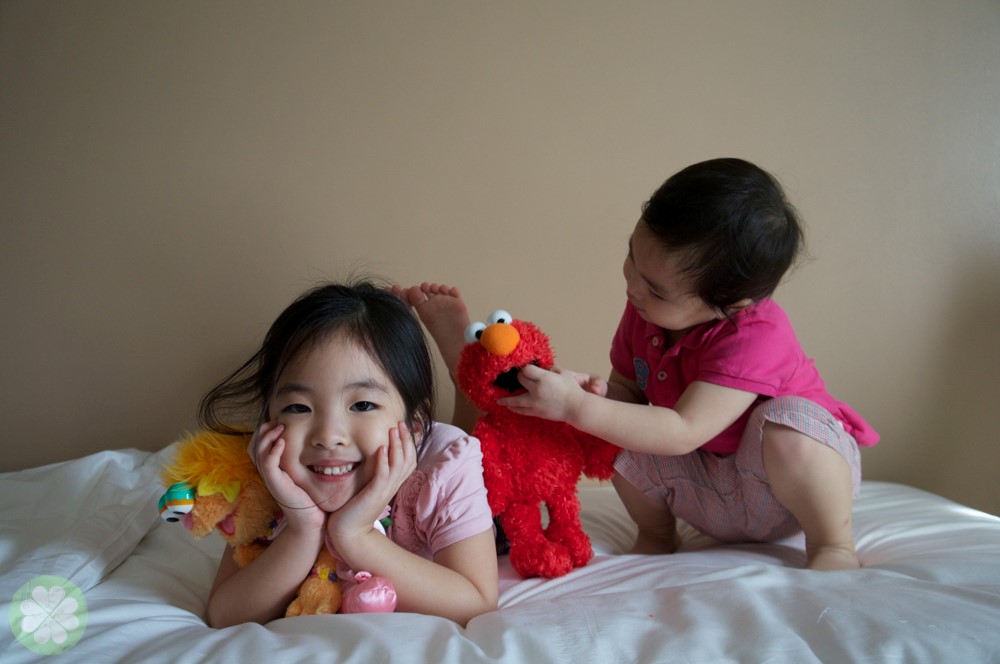 By encouraging lil’ Ms. GJG to say what she feels rather than act out how she feels, she gets the idea that she is free to tell us, her parents anything. Seeing this, lil’ Mr. GJG follows her big sister in expressing how he feels with less drama & commotion. 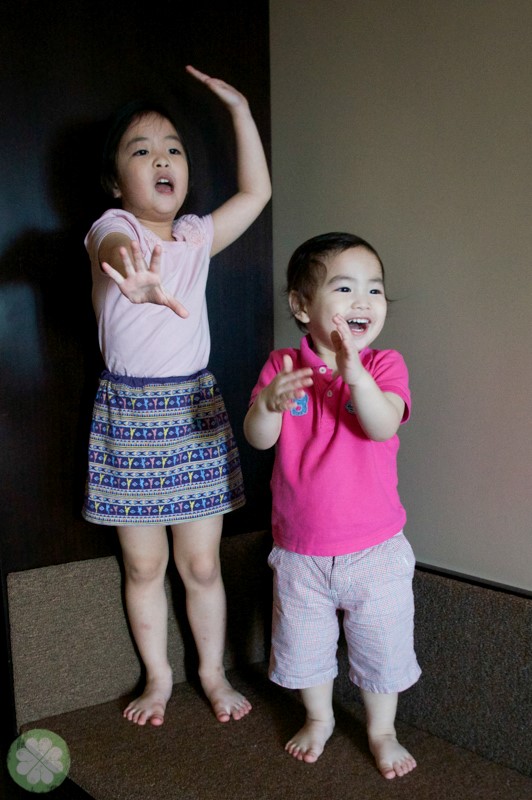 Lil’ Ms. GJG, who once did not show much interest to physical play, now enjoys spending time with her brother as well as with her friends, running around, being silly and just enjoying the freedom to do different movements and discovering her body’s capabilities. Currently, she’s enrolled in ballet and is loving every bit of it. She gets to learn a new skill & be with her friends all while having fun.

There are countless ways that we can support our children and one is by letting them experience learning firsthand and immersing them to different activities. Aside from giving our children opportunities to learn, proper nutrition is also a crucial factor in giving our children the edge with Multiple Intelligence. 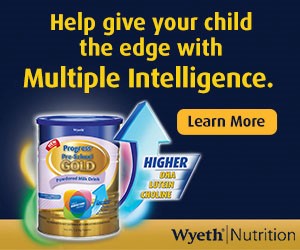 To further support the parents who encourage their children to be brain smart, body smart and people smart, Progress Preschool Gold is sponsoring a giveaway here on the blog. We’d like to know how you further promote and practice Multiple Intelligence towards your child.

Please take note that this giveaway is open to anyone who resides in the Philippines and has a child/children aged 4-7 years old.

Tell us how you encourage Multiple Intelligence on your child. You can focus on one of these aspects: brain smart, body smart or people smart. Post a photo of your child (with or without you) on your social media sites (Facebook, Twitter or Instagram) and add a caption of how you encourage your child’s multiple intelligence. Make sure you set your social media post to public so we can view your entry. You can send as many entries as you want. 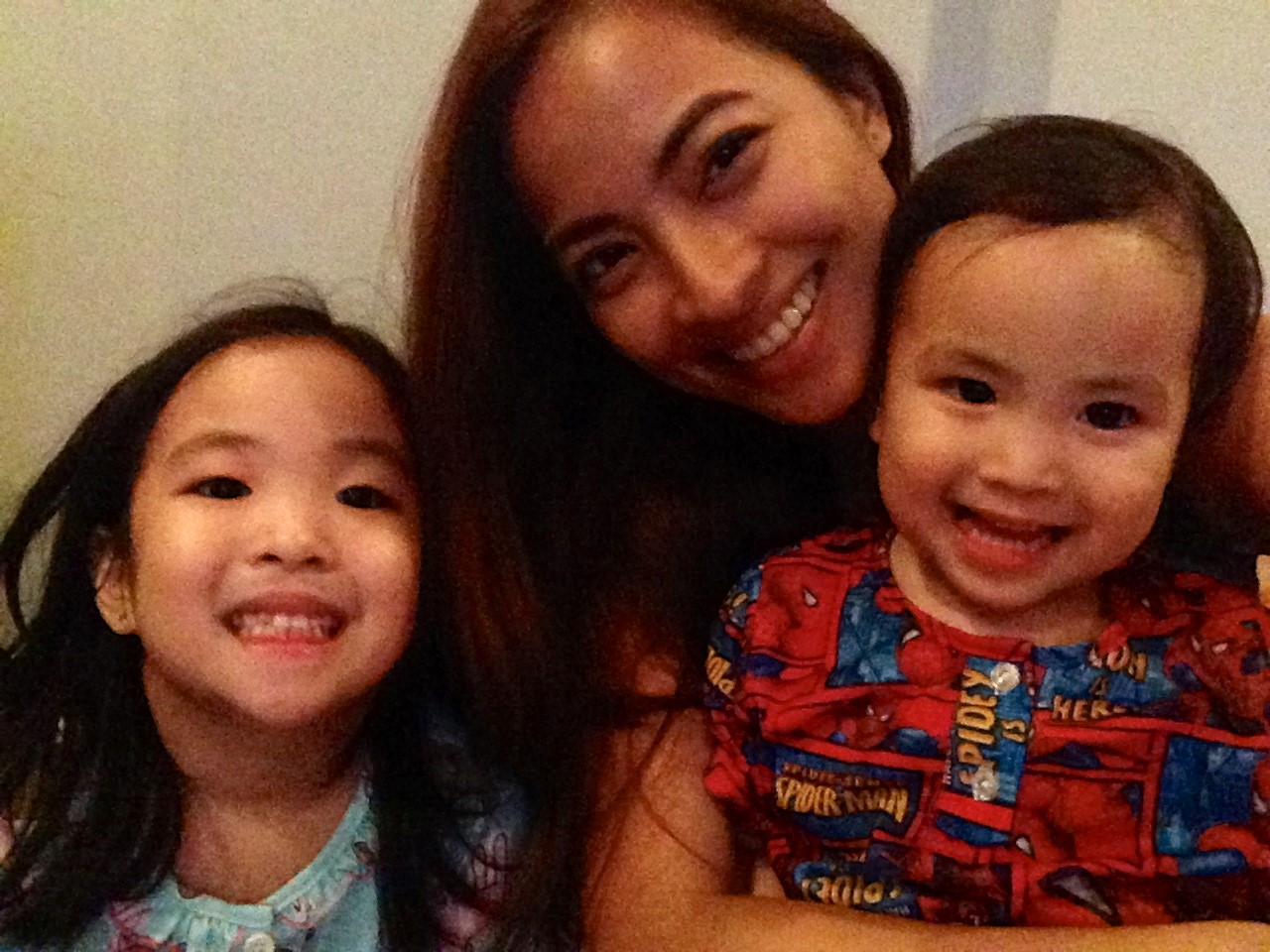 I encourage my children to be people smart by teaching her right manners and proper etiquette. By use of simple words like “please” and “thank you”. Jackie Go. [email protected] 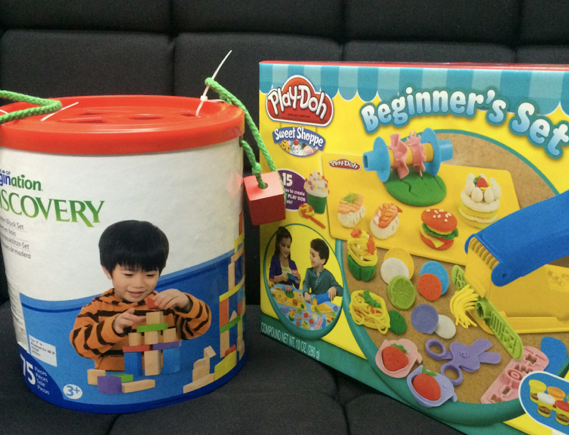 OMG panalo! This is the wooden block and Play Doh set my kids love playing.

One winner will get a special gift pack from Progress Pre-School Gold along with special toys (as seen in the photo above) for their child that can help hone his/her Multiple Intelligence. Giveaway will run from today until January 11, 2015.

Remember that each child is unique and providing them windows of opportunities to realize their potential is a great way of helping them be the best that they can be. Give your child the edge today and go for Multiple Intelligence.

Go join ha? I’m looking forward to reading your tips on how you encourage your child’s multiple intelligence. 🙂