Ever heard of a kid say he wants to be a rock star when he grows up? Well, he doesn’t need to grow up to become one as School of Rock can make this dream happen. 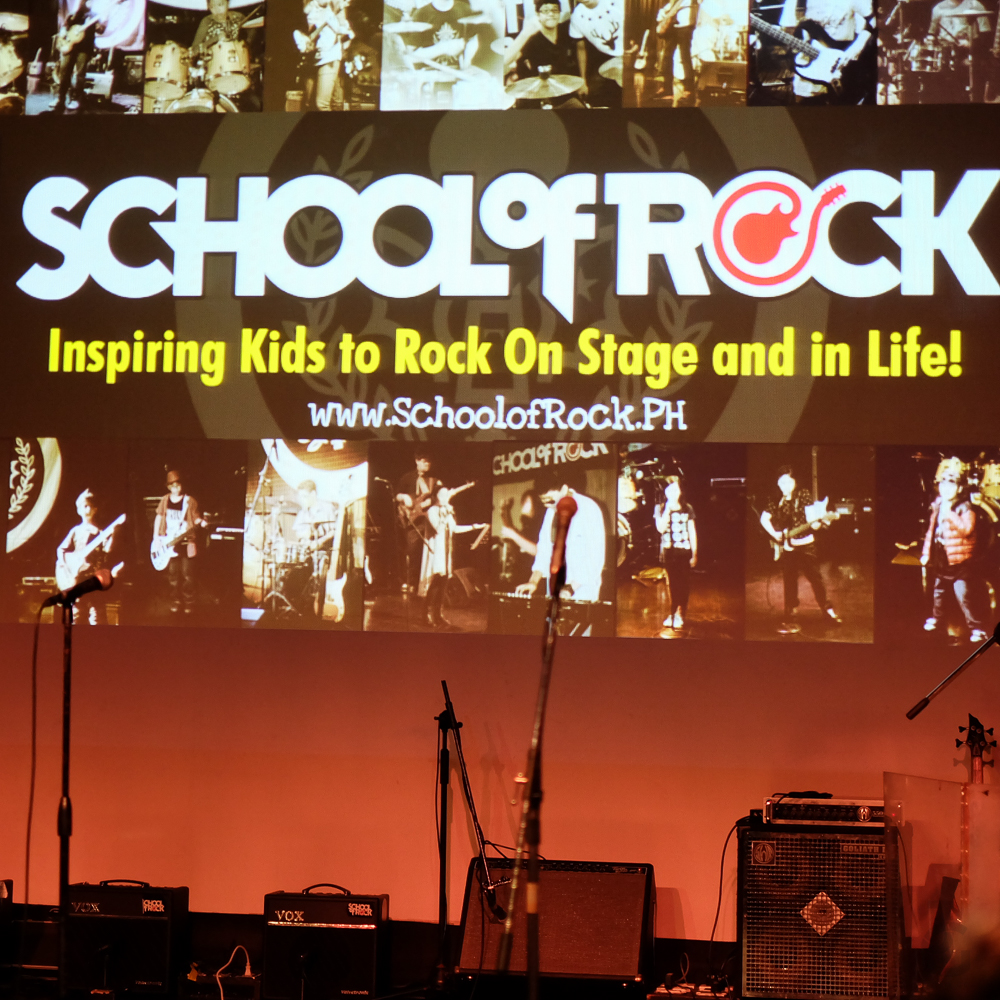 School of Rock is the first of its kind in Asia. It’s America’s leading music school for the youth with over 150 branches in the Unites States. The movie School of Rock is based on the school with Jack Black’s character a loose tribute to its founder, Paul Green.

School of Rock is a non-traditional music school that firmly believes in the concept of learning by doing. There are no lengthy lectures here on musical theory. Instead, students are given a feel of the instruments right away, giving them the confidence to play them. In the process, students not only learn to rock out, they also have tons of fun. 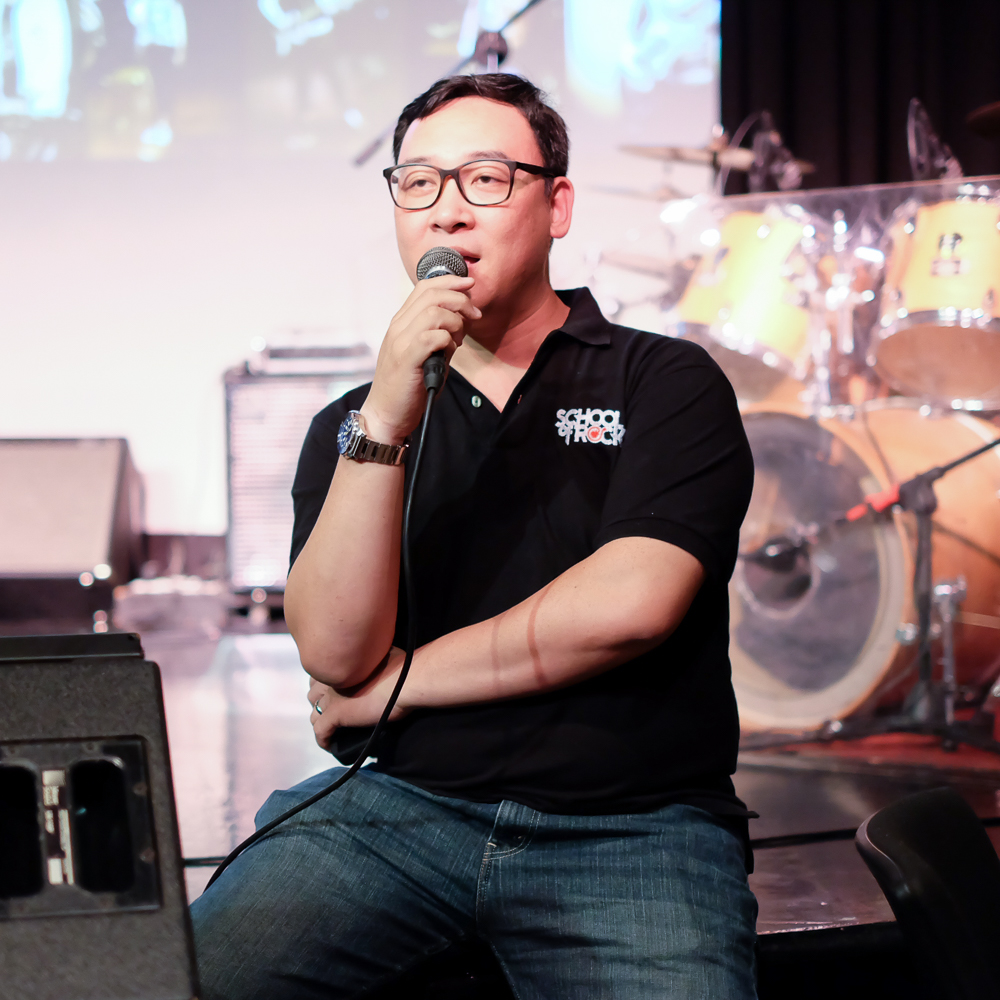 Nino Caruncho, general manager of School of Rock explains, “When kids enroll in School of Rock, they are not immediately taught music theory. They are not taught the do, re, mis nor music scales, etc. They are asked what music they listen to, what their favorite song is, or which song they would like to learn how to play. We try to teach them these songs to make them interested in learning.” 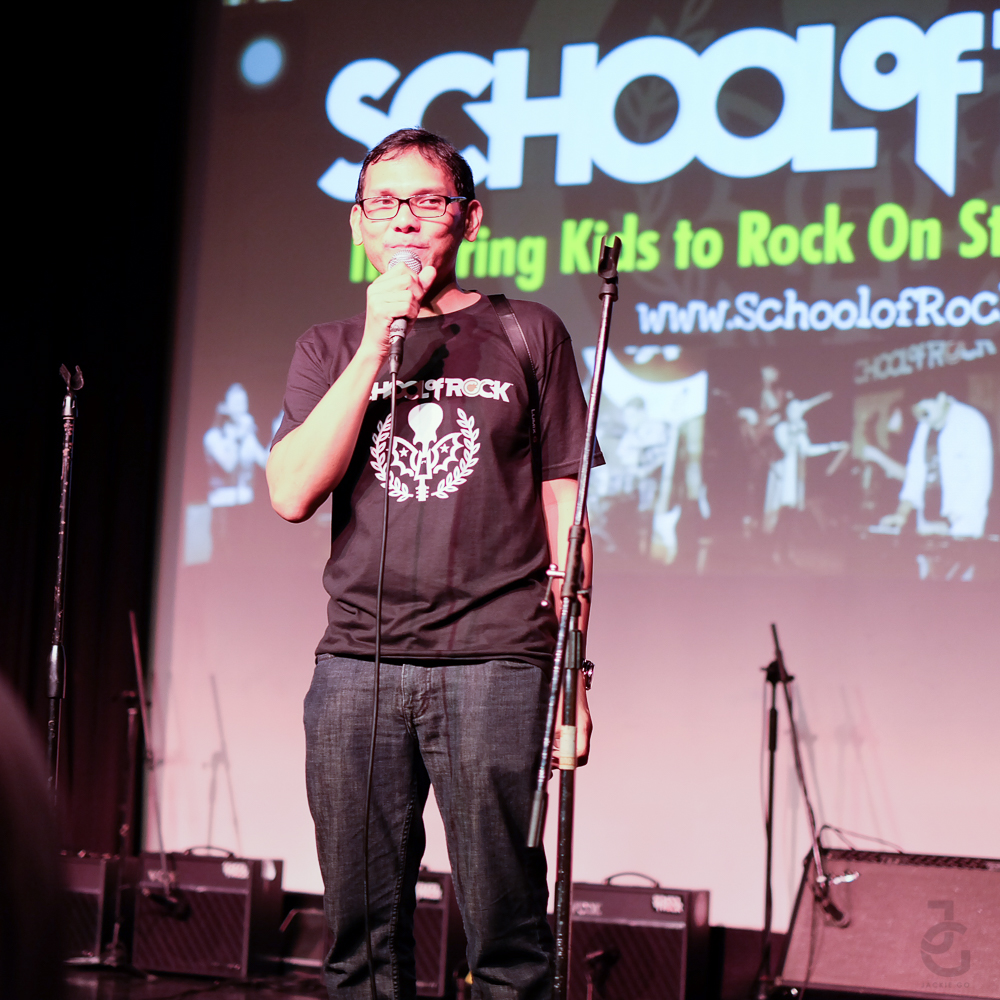 At School of Rock, the focus is on performance-based music. Kids don’t just learn about music, they actually learn how to perform it. This makes all the difference in the world. A lot of kids want to learn how to play music, but most of them lose interest when they find themselves faced with notes and scales. It’s a strange language that takes them quite some time to grasp and understand. Eventually, they just skip music lessons altogether with only the most ardent sticking it out. 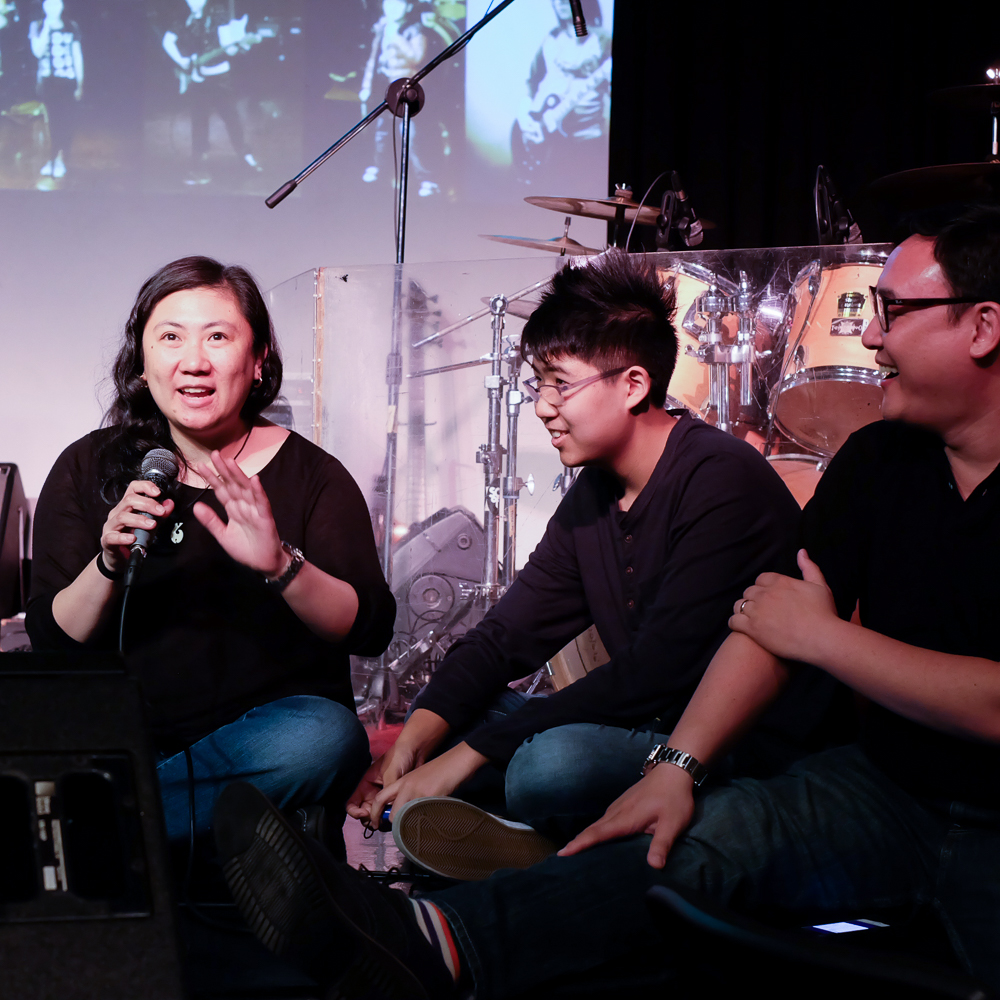 One of the parents who has been with School of Rock gladly shared how she saw the progress with her children who have been enrolled for more than a year now. Her kids are definitely less shy, have gotten to know themselves and capabilities more and have met a handful of new friends. The causal yet conducive environment is something that sets School of Rock apart from other music schools and according to her kids, it’s so much fun learning music here. 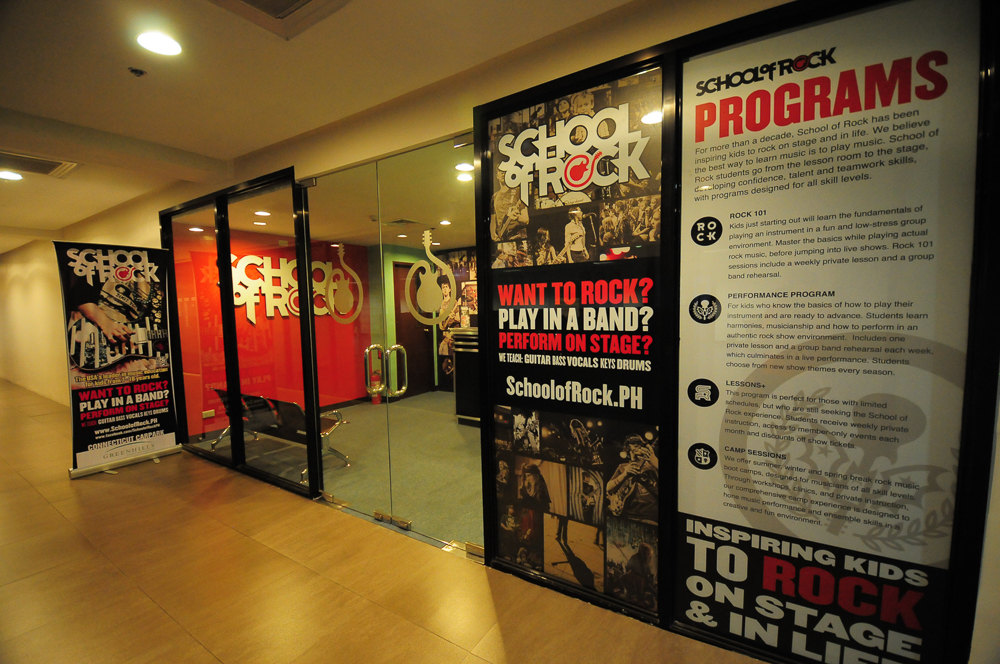 Music theory is injected along the way at the appropriate time. Teaching them music theory at the start intimidates the kids that they do not want to go back for lessons anymore. 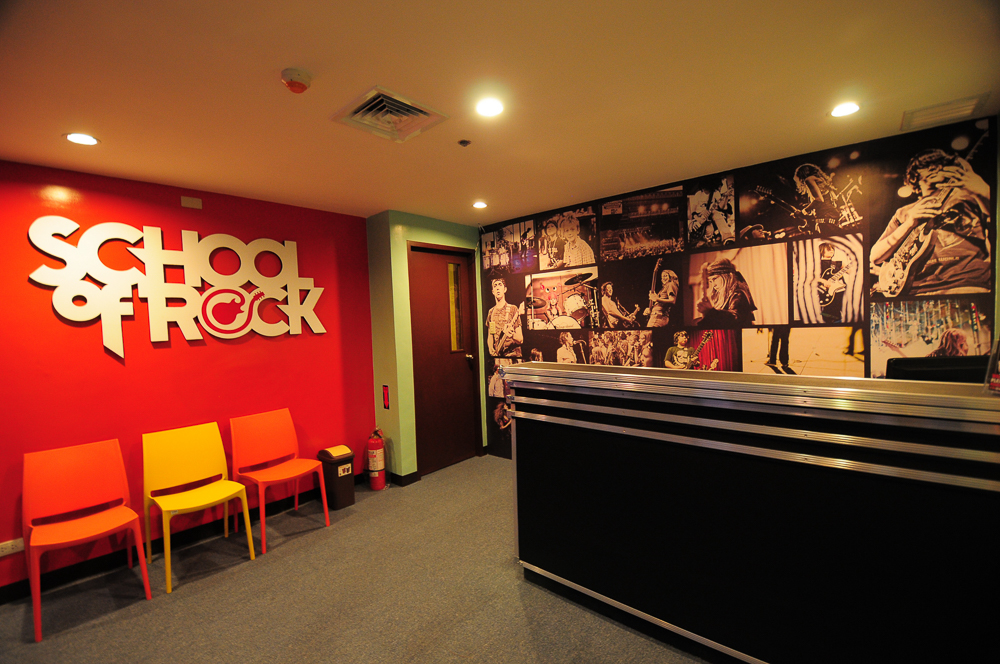 Music lessons at School of Rock are not only engaging, but downright exciting. There is, first off, the one-on-one lessons with professional musicians who have been in the music industry for years. Caruncho says, “All of them have gigging and onstage experience that they can pass on to the kids. In fact, several of our instructors are members of a few famous local bands. We would like to think that to teach rock music and perform it on stage you will need instructors who have experienced it. 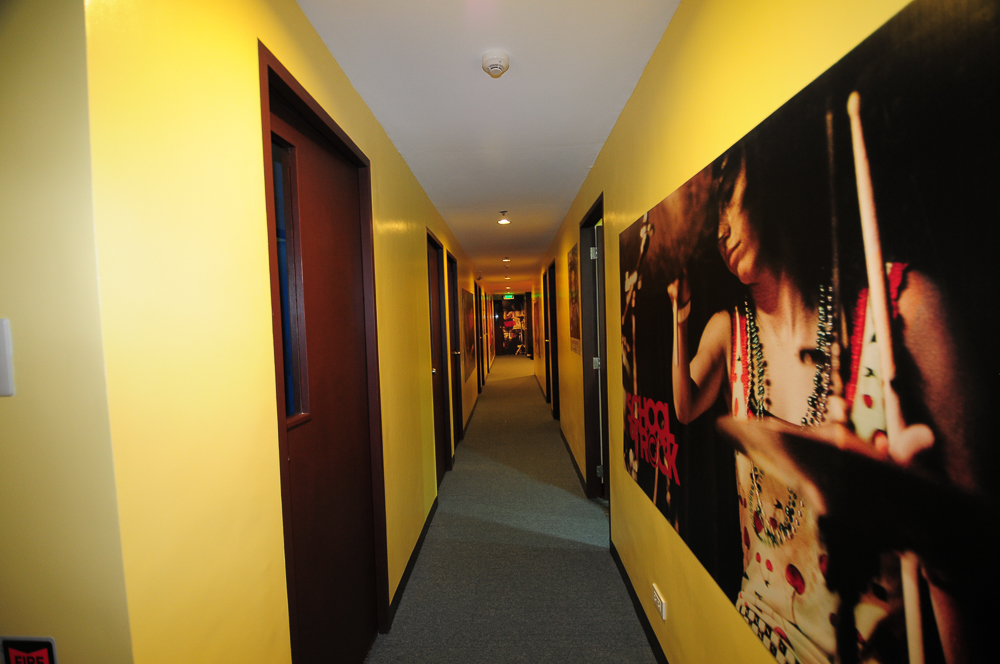 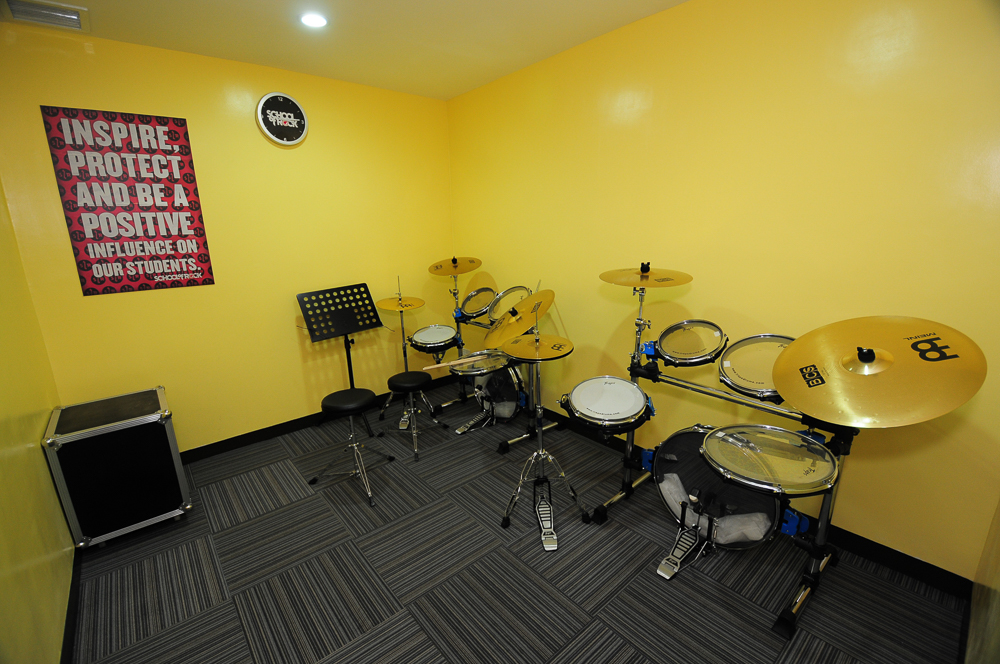 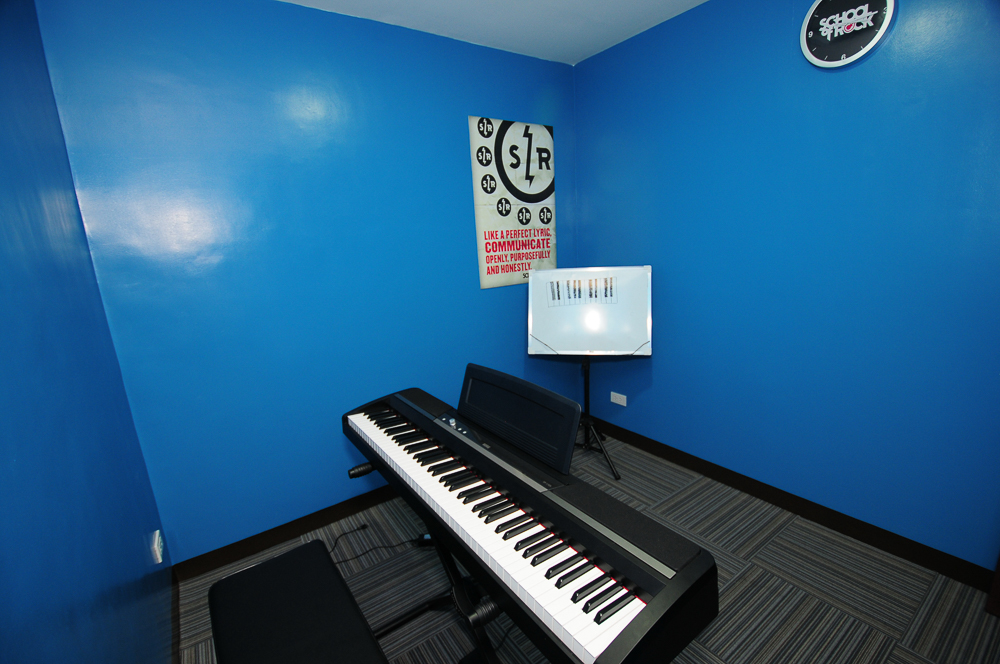 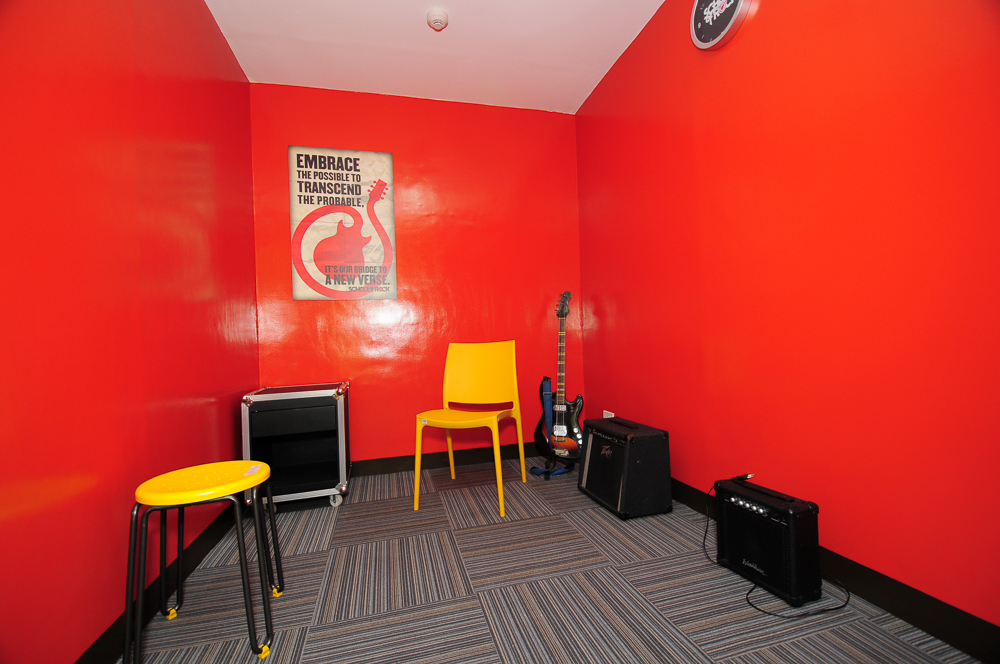 Kids get to jam too! Every week, students get to meet up in an awesome jamming session where they are given the opportunity to experiment with their music, challenging and complementing one another. It’s an inspiring session where kids gain precious insights in teamwork and cooperation. Caruncho says, “This is very important as they learn how their instrument contributes to how a song is performed. They jam with other students to complete and play a song. This method helps them learn and develop teamwork, hard work, persistence, discipline, focus, responsibility, listening skills, and advance their social skills. Being in School of Rock is more than just learning music.” 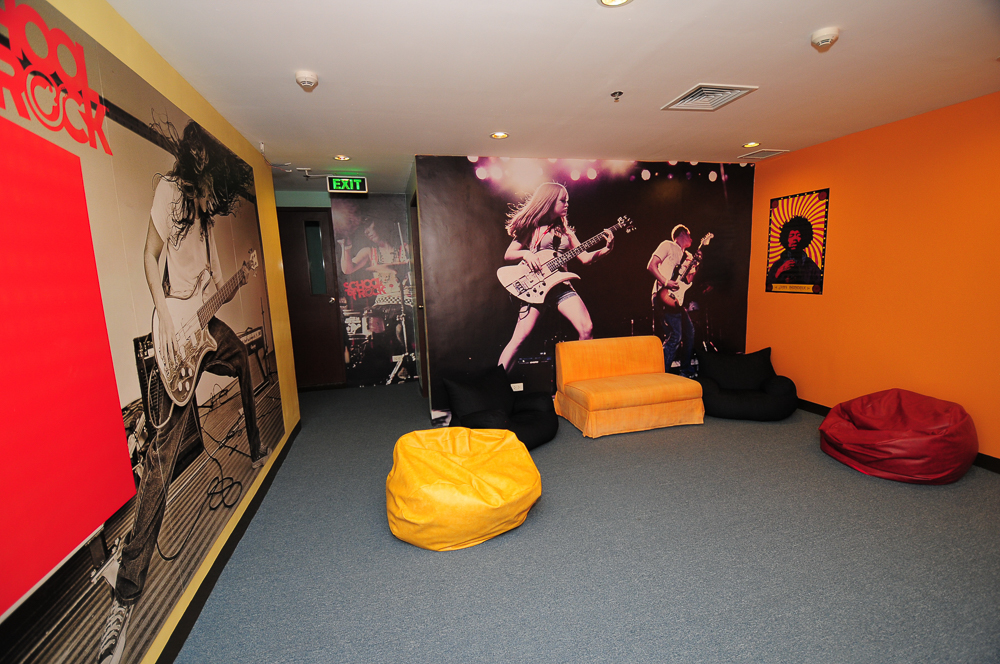 School of Rocks offers two courses for children, Rock 101 and Performance Program. Rock 101 is the student’s gateway to School of Rock. He gets to learn the basics including technique, music theory, and the dynamics of playing in a group through a combination of lessons and rehearsal room learning. The student chooses particular songs to help him develop basic skills before he joins live shows. 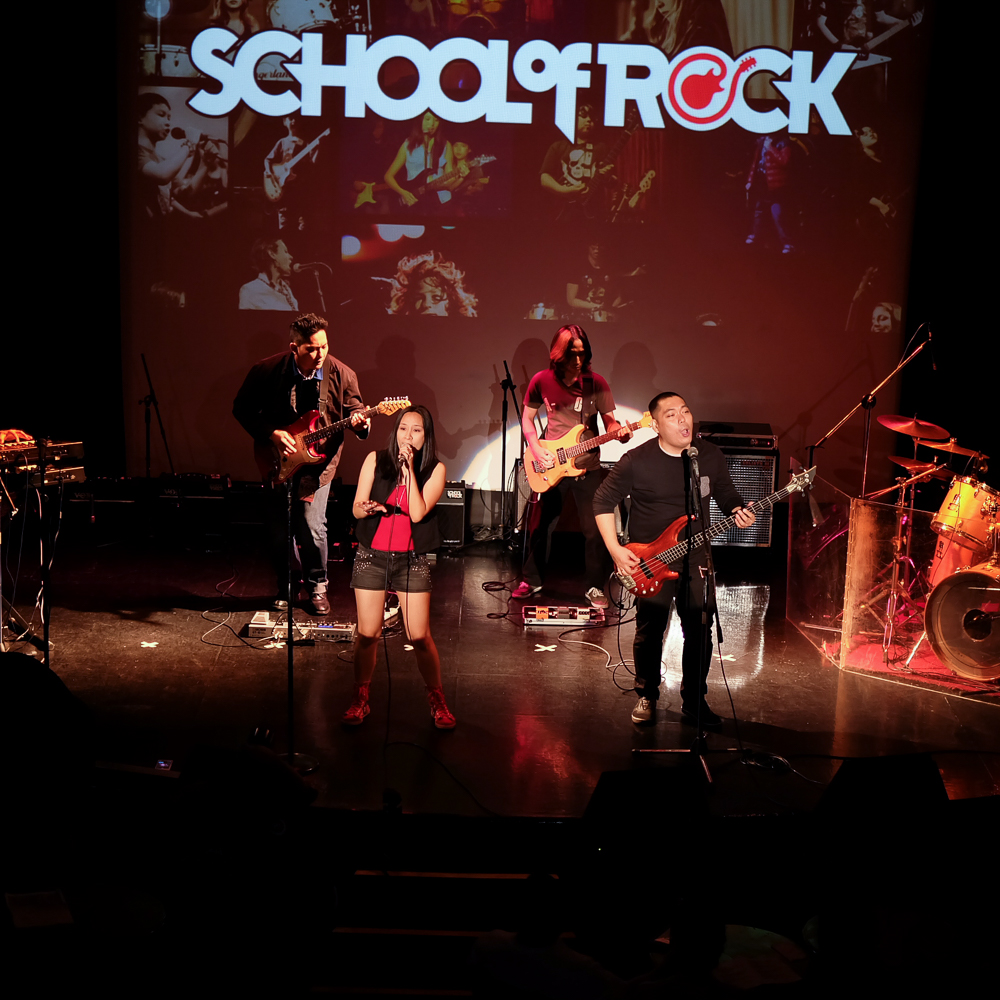 The Performance Program is the core of School of Rock. Here is where the kids get to show off everything they’ve worked for on stage. Students not only learn about performance and harmonies, they also get to know what musicianship is all about. School of Rock also offers an Adult Performance Program for adults 18 years old and above who still want to rock. One is never too old to learn something new, and School of Rock will get the young at heart strumming his guitar in no time in a highly supportive environment. I got to watch the Performance Program of School of Rock and I was really impressed on how well the kids were. I was particularly eyeing on the female drummer because she was beyond amazing! You can say I am a frustrated drummer. 😉 Now I wanna learn how to play the drums! 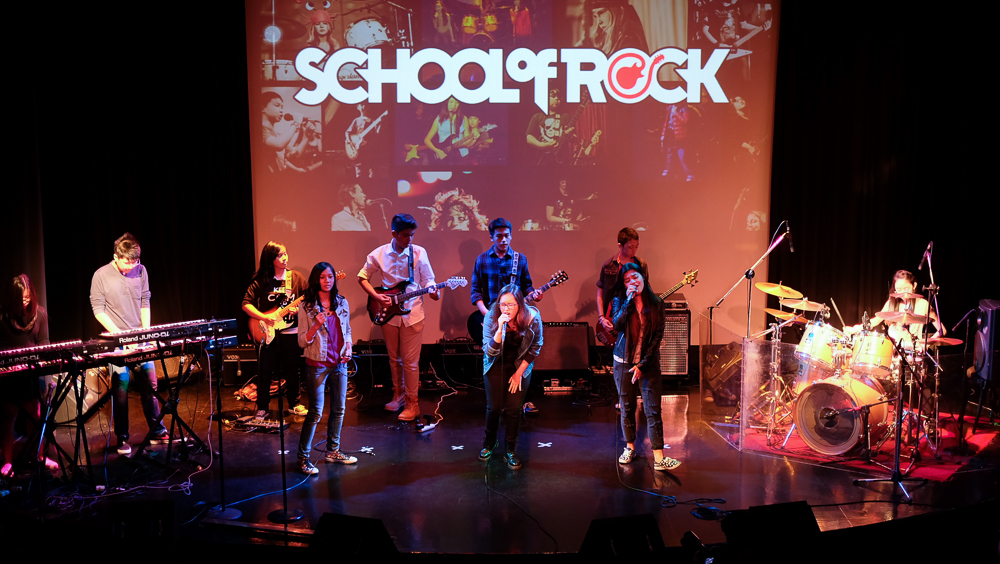 But School of Rock is not just about rocking and playing, it’s about building a community too! Caruncho explains, “We are probably the only music school in the Philippines that has a lounge. This is where the kids can hang out, talk about music, compare notes, and just be friends. We feel this camaraderie, friendship, and teamwork is important as it translates not just to performing in a band but also in real life.” But of course, the piece de resistance is the rock concert! Three times a year, the fledgling musicians get to perform in front of a live audience. They riff. They rap. They do headbangs and bend their strings. They get to express their innermost thoughts and craziest feelings in the loudest possible way. In short, they get to be rock stars!” 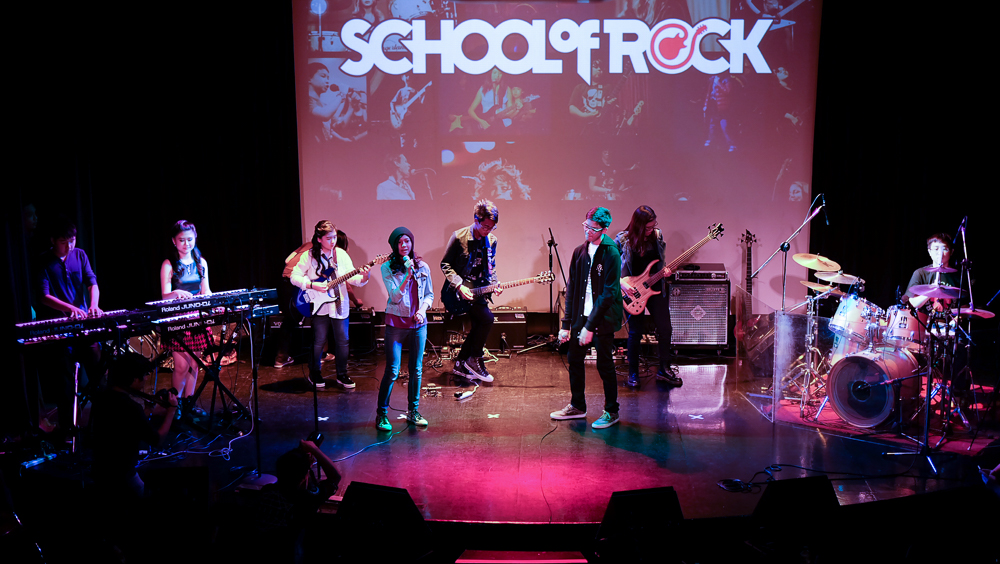 Congratulations School of Rock kids for your awesome rock concert! You guys rock! 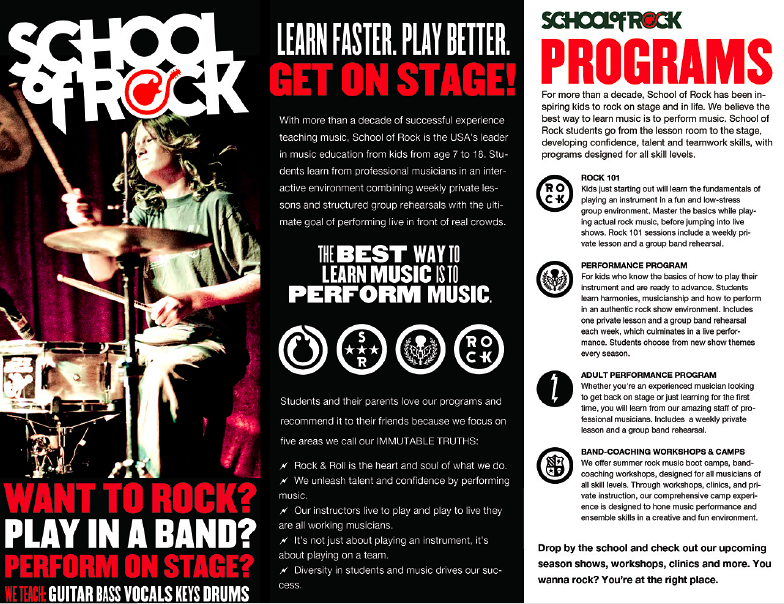