A few days ago, Tin Dychiao invited me for breakfast along with a few fellow mommas to introduce a new toy to us.

While I am not really in the market for a new one – I blame our condominium space – I was curious because according to Tin, it’s not an ordinary toy that kids will eventually outgrow. But before I introduce to you what it is, allow me to gush over breakfast.

Nothing like good breakfast to make my day more brighter. 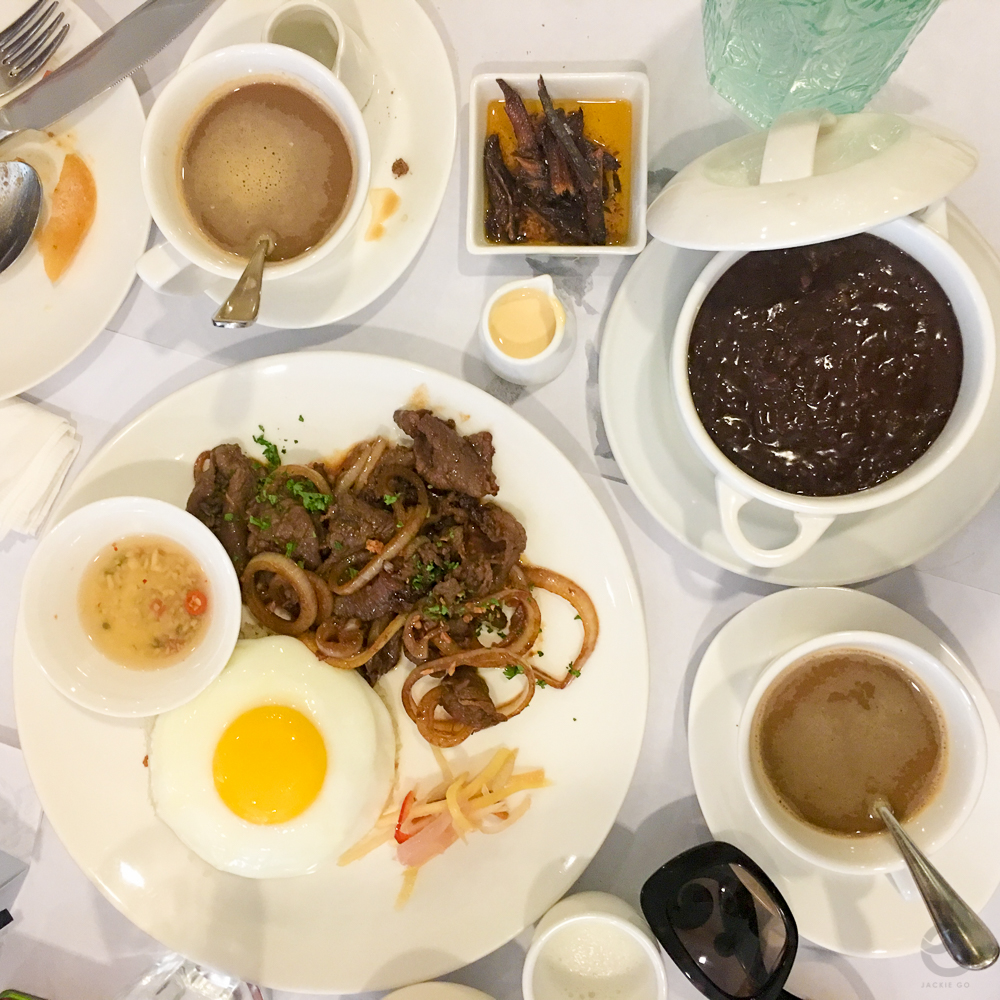 Angels Kitchen’s Beef Tapa & Champorado are the bomb! Inhaled these shortly after they were served. Heehee. 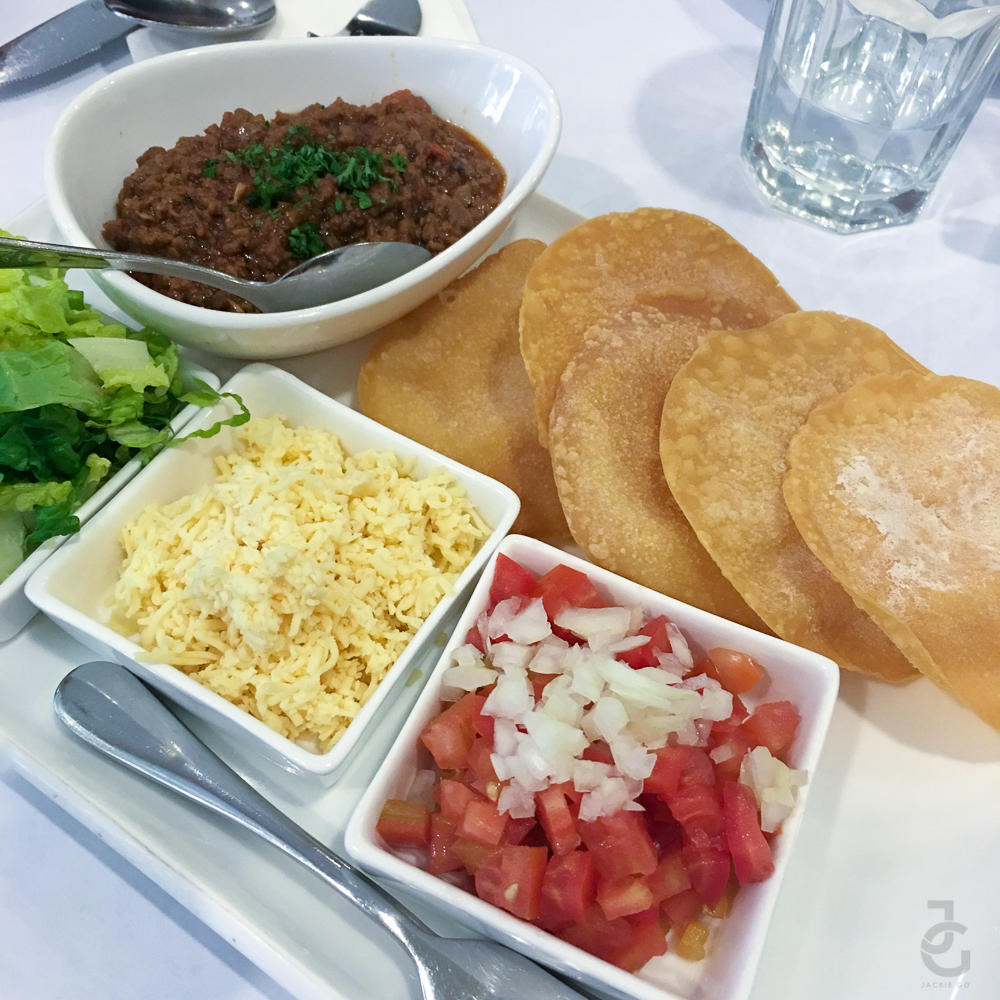 Going back to the reason why we had breakfast at Angel’s Kitchen– Magformers. Tin introduced me to Jaimee, the woman responsible for bringing in Magformers from Korea to Manila.

Magformers is an intelligent magnetic construction set for developing creativity. You can say it’s an educational toy but because it’s too awesome, kids don’t know they learn while they play.

You mean these stacks of little colourful thingies with magnets are toys?! 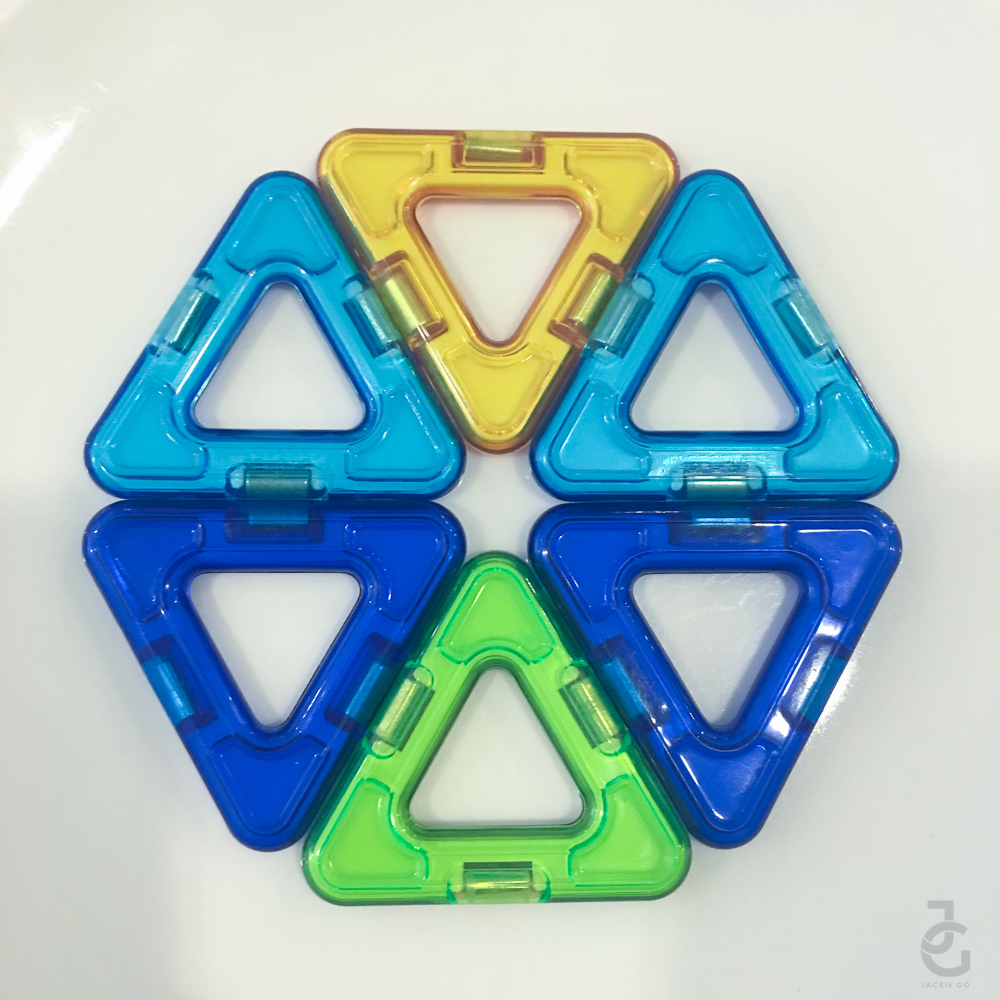 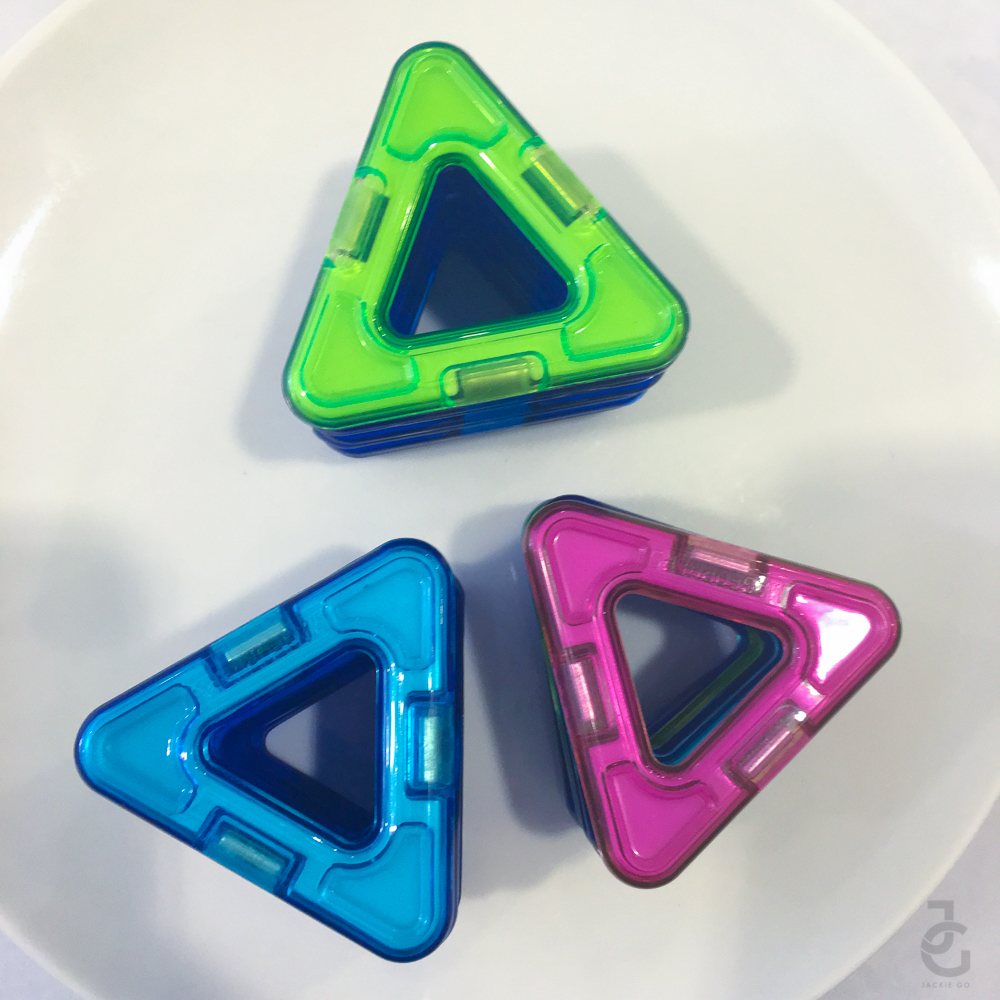 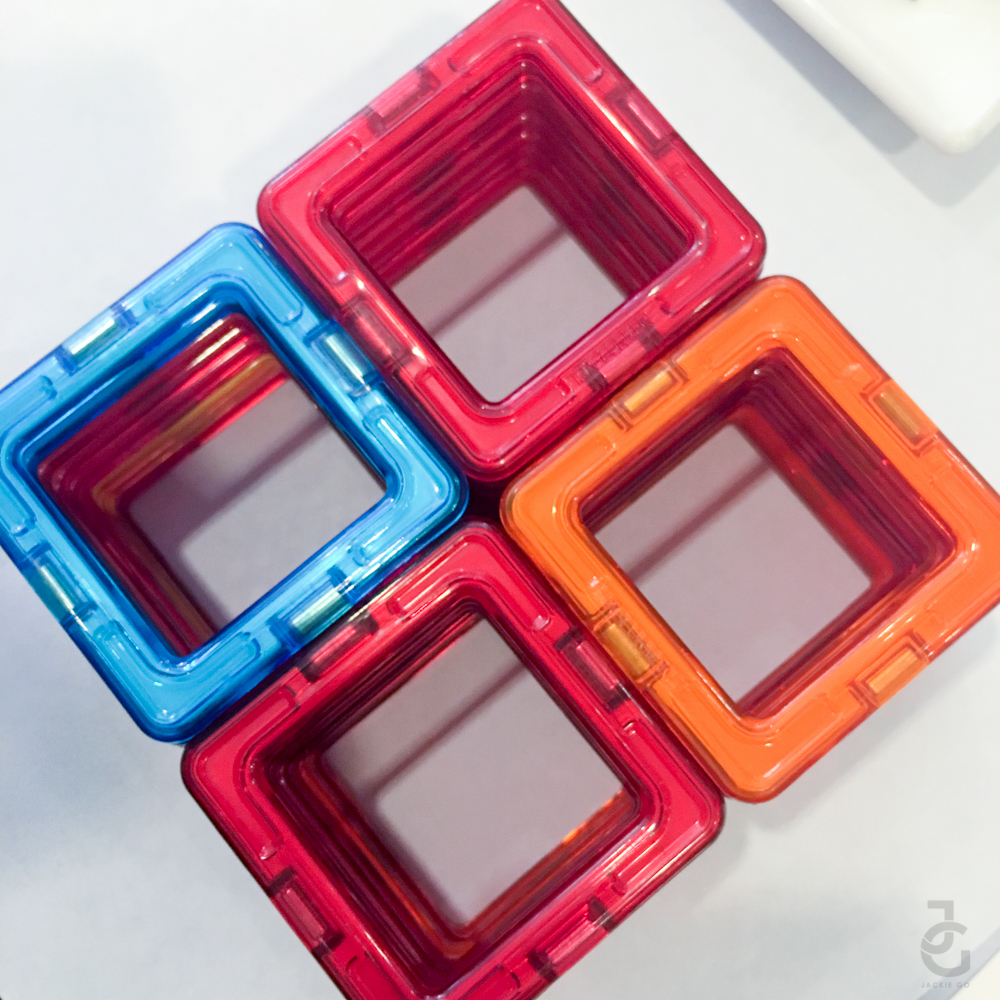 Yep! These basically transforms to anything you build. They become these… 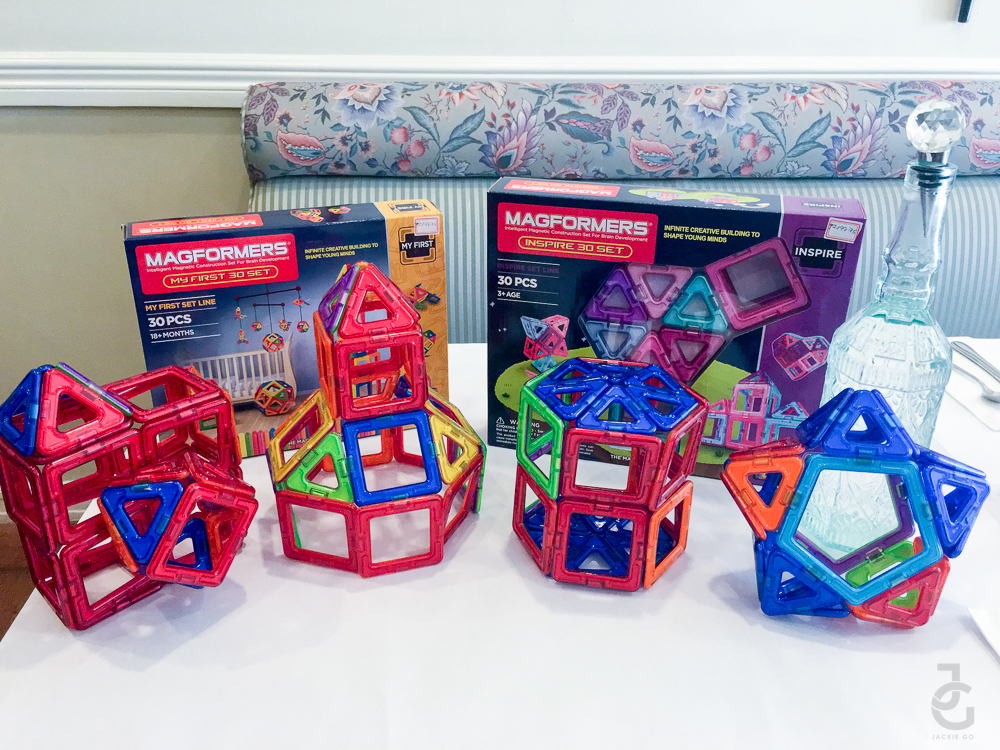 …A camera, a building, a hexagon cylinder and a star or as what Tin called “parol” (Christmas lantern). Ang galing lang di ba?! These are just some examples on what you can do with a set of Magformers. 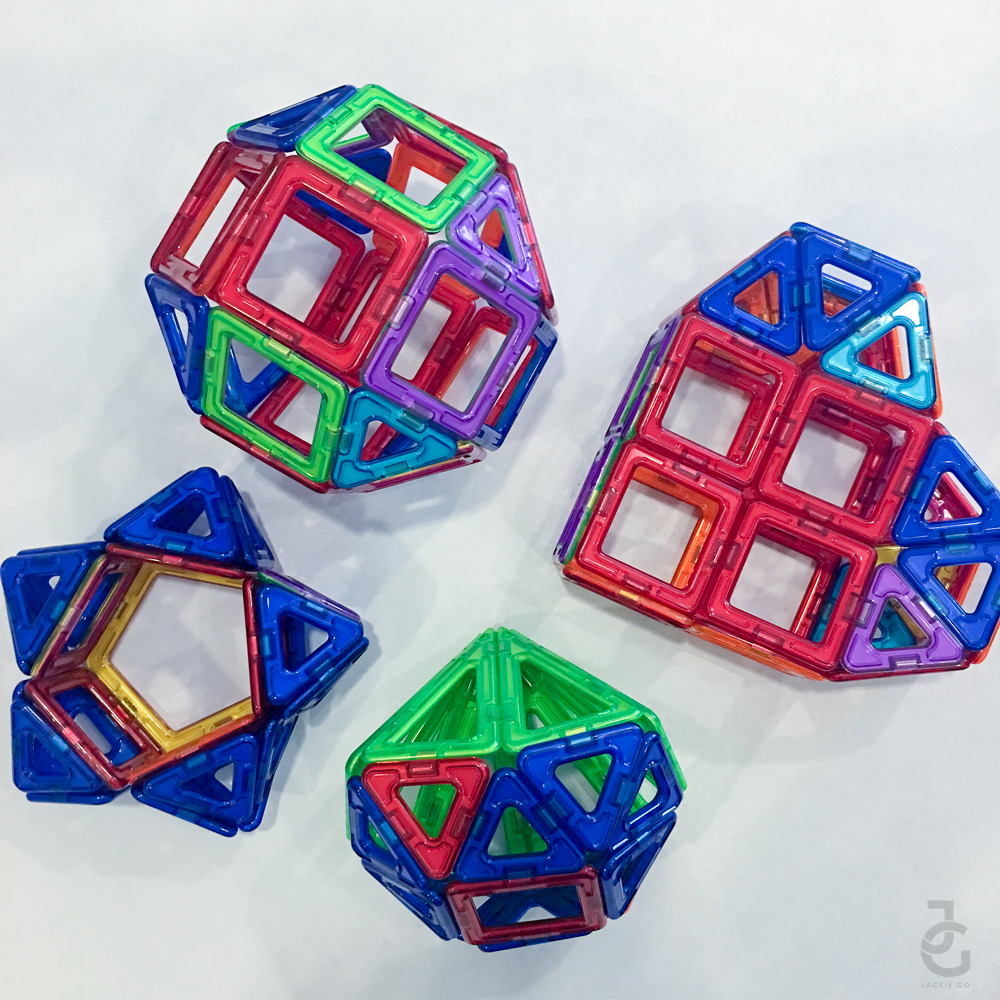 Magformers is developed in 2005 as a 3 dimensional magnetic educational toy which enhances childrens’ creativity and brain development. Magformers is the world largest magnetic construction toy which is being distributed in 37 countries worldwide, including United States, Japan, United Kingdom, France and Germany. Now it’s finally here in the Philippines. Yay! 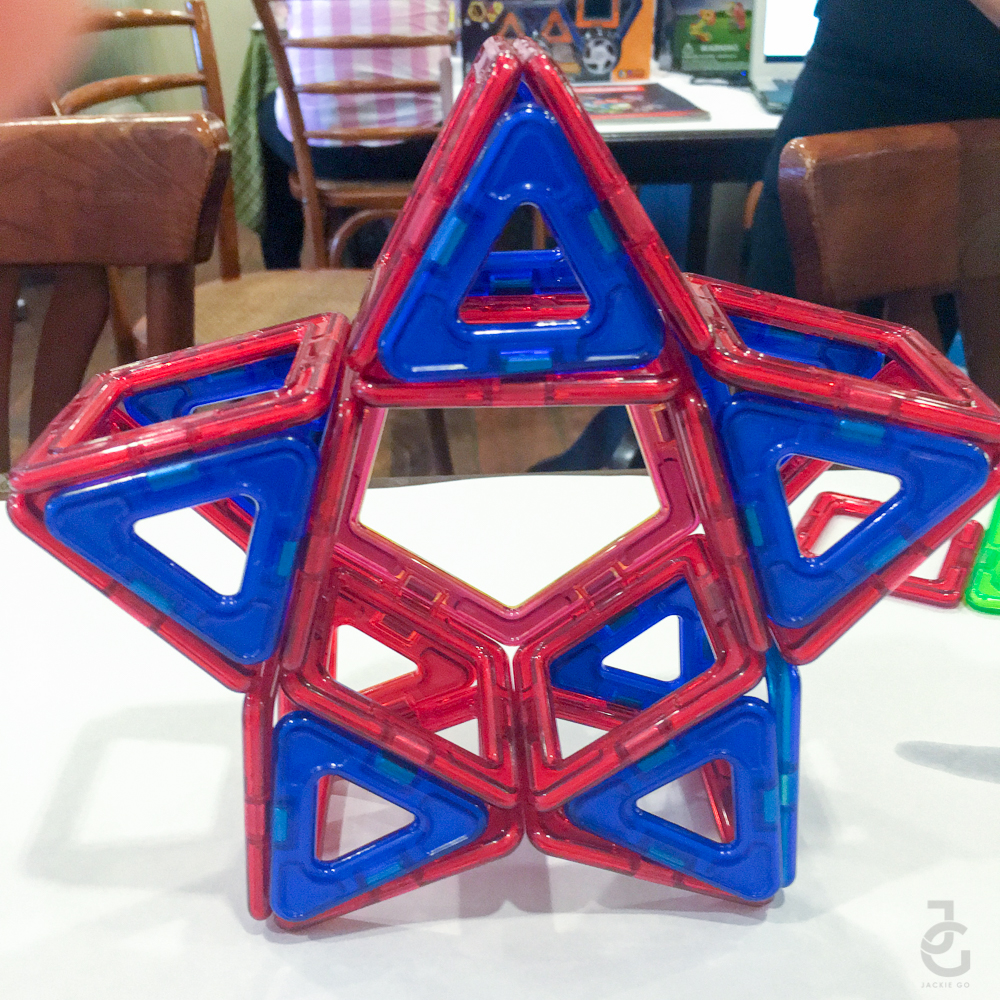 Magformers is a 3D toy that develops children’s creativity and imagination. Children can turn 2D shapes into 3D geometric structures, and can naturally recognize mathematical principles and develop creativity while they are playing. 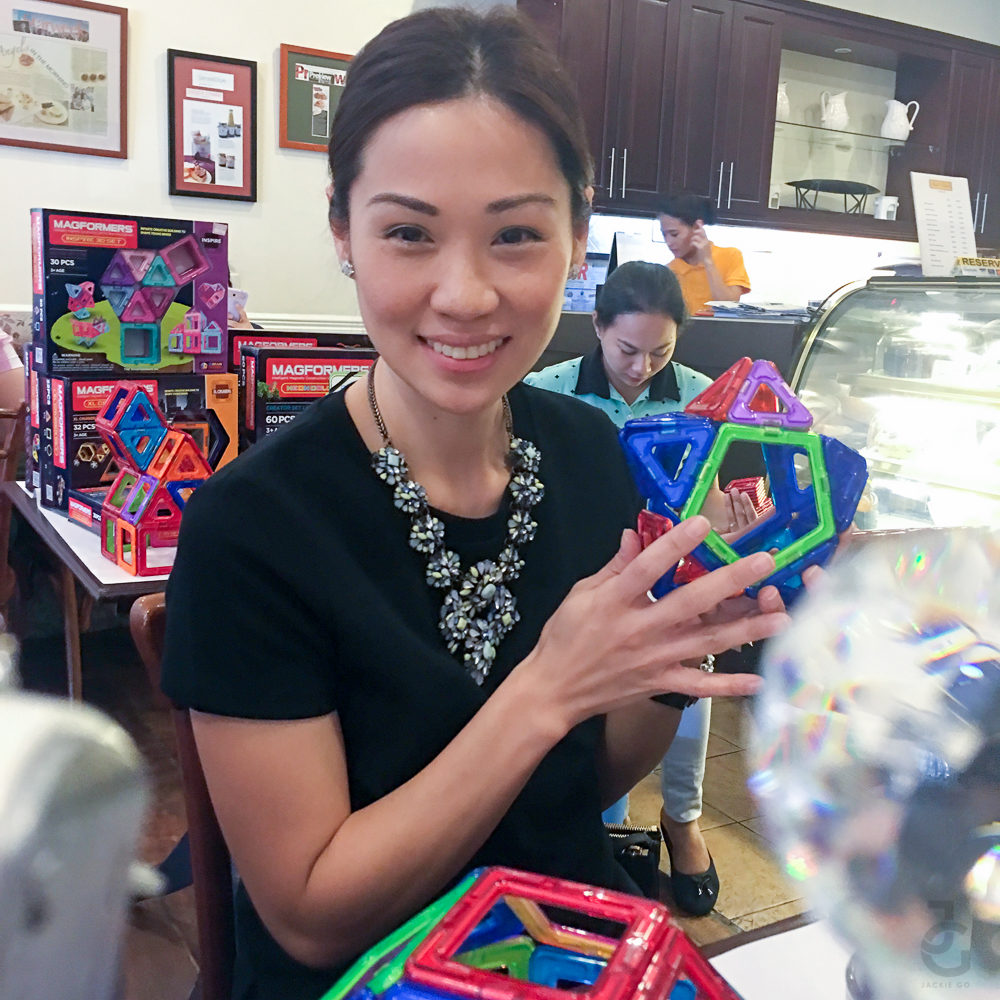 Jaimee Frondoso, the official distributor of Magformers here in the Philippines. Upon introduction, I immediately thought she’s a familiar face. Then she told me we’ve attended a few classes of Pilates together. How small is our world, no? 🙂 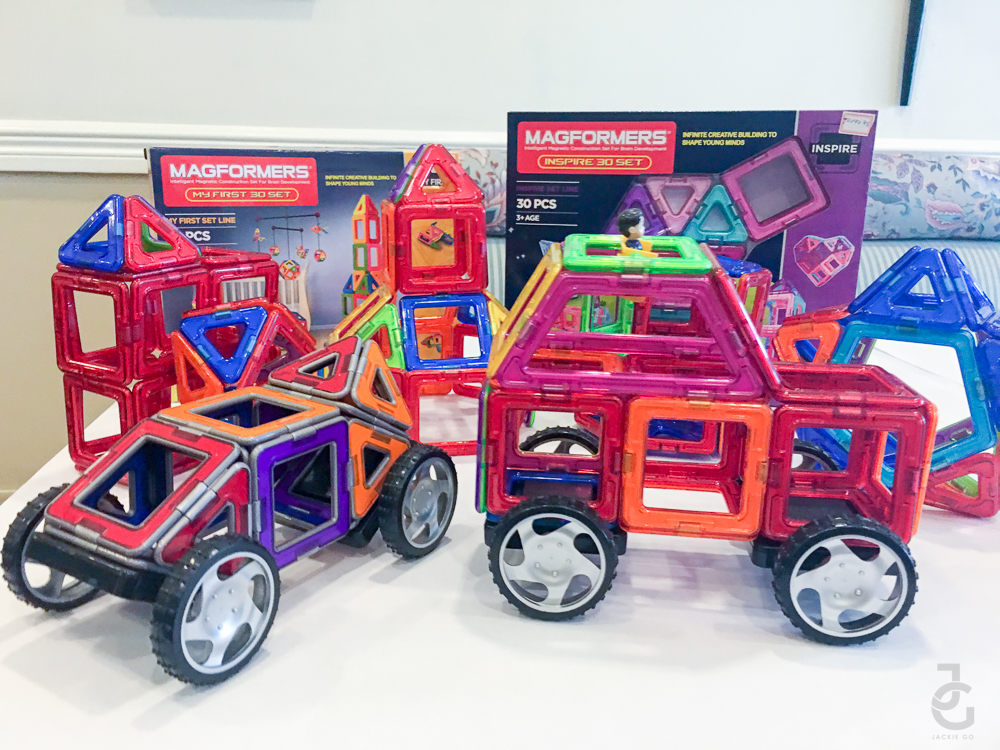 Magformers includes pieces with rotating magnets inside, so they always rotate to their attraction position ensuring the perfect connection and fit every time. Rather than just stacking with regular blocks, they can be connected in any direction in 3D.

In addition to the basic geometric shapes, Magformers has a variety of accessories including wheels, Power Generator, Engine Block, R/C, LED and gears for more fun.

They have a My First Set if you want to gift your newborn niece or nephew as a head start – moms and dads can build and connect them to a crib mobile first. There’s also an Inspire Set in lovey pastel colors. I spotted they also have a Princess Set where your lil’ princess can build a scepter, castle or tiara, with a Magformer gem to boot! 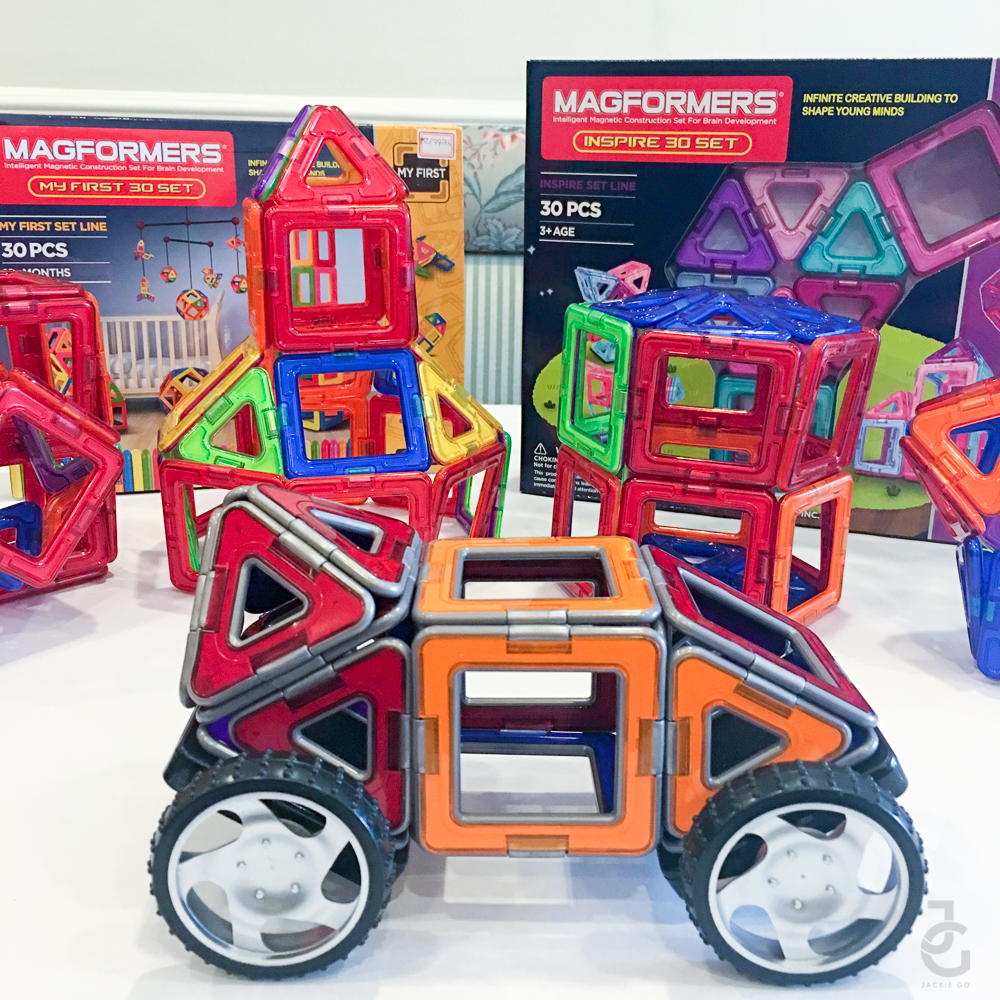 This Magformers Vehicle Set is perfect for boys who like cars, trucks and practically anything with wheels. 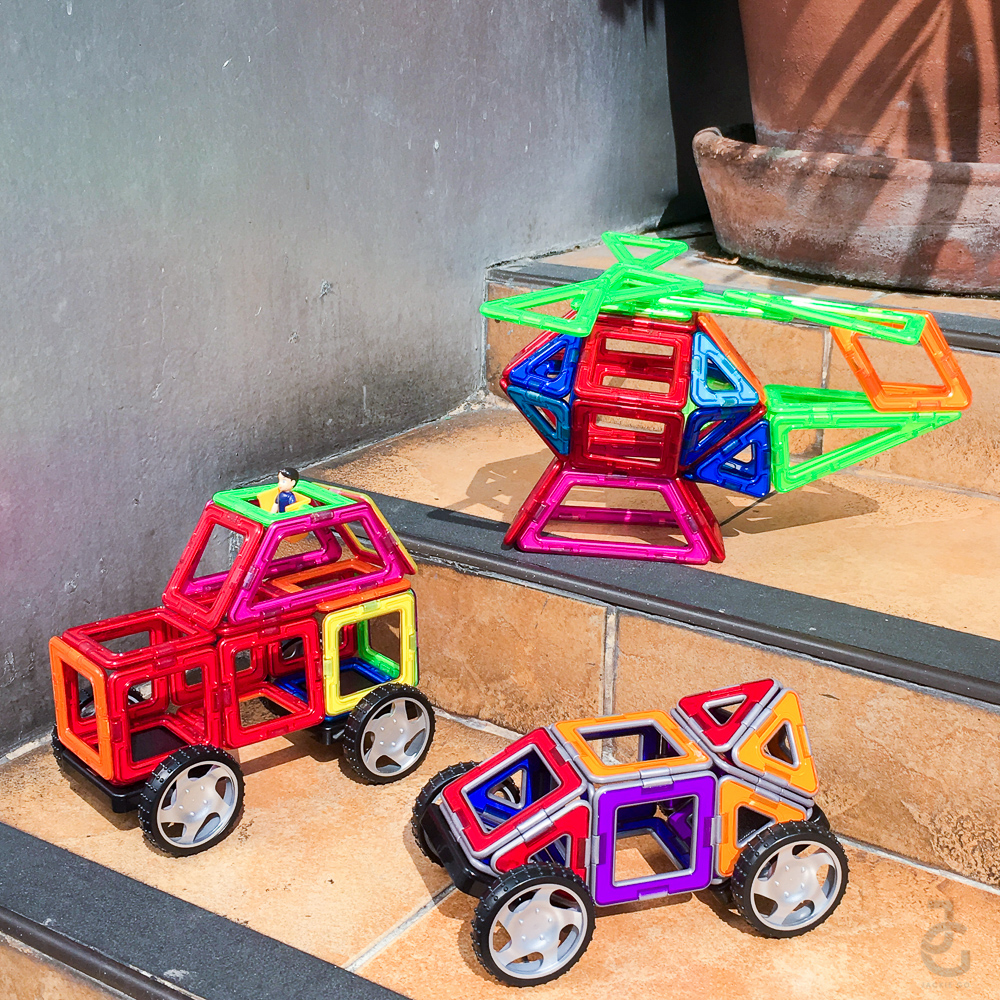 Magformers all set and ready to roll! Hihi. 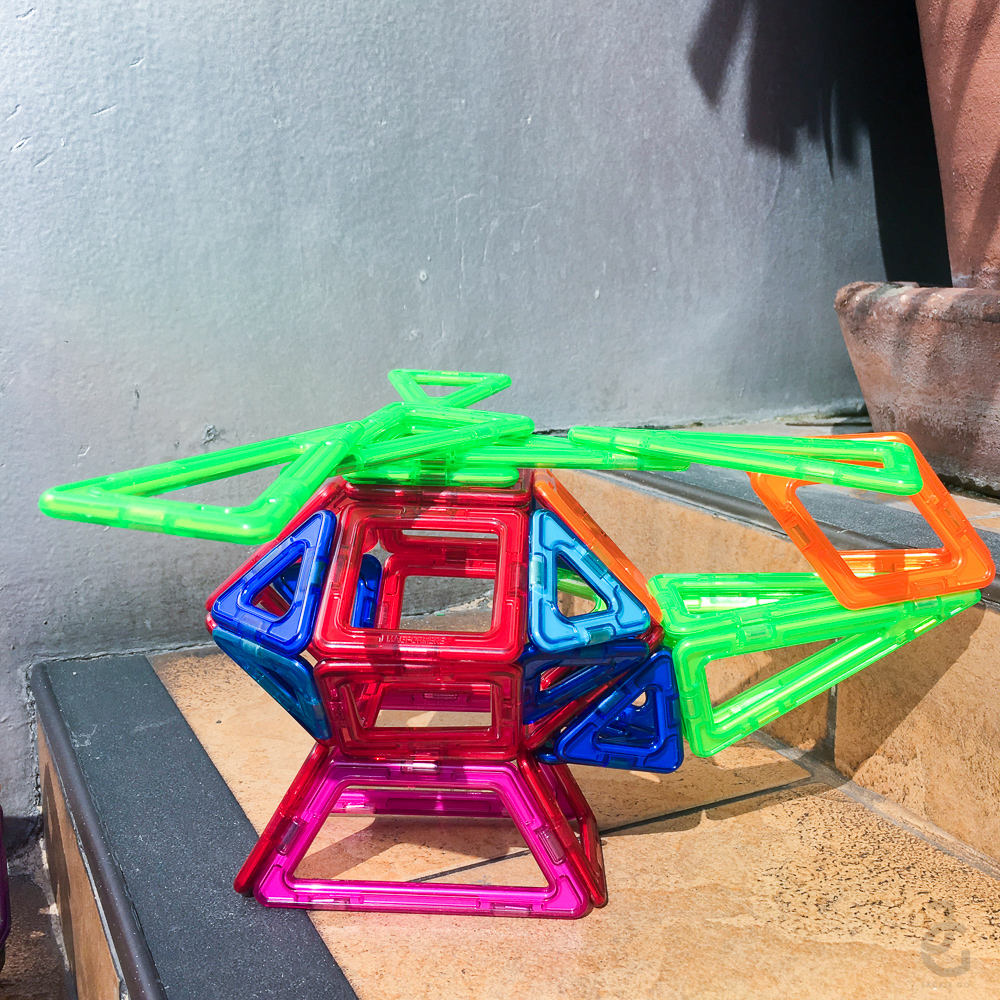 I think I’ve found a new toy that my kids & I can play. I don’t mind having a set or two of Magformers since it’s something that they can grow it. Whether they use it for play or school work (math in particular), Magformers is easy to assemble and you can practically build anything with it.

So grandparents, parents and godparents, gift the kids in your life a set (or two) of Magformers! It’ll keep their hands and minds busy, reducing the use of iPad and other gadgets!

Follow me on Snapchat (gojackiego) to see how much fun we’re having with our Magformers set. 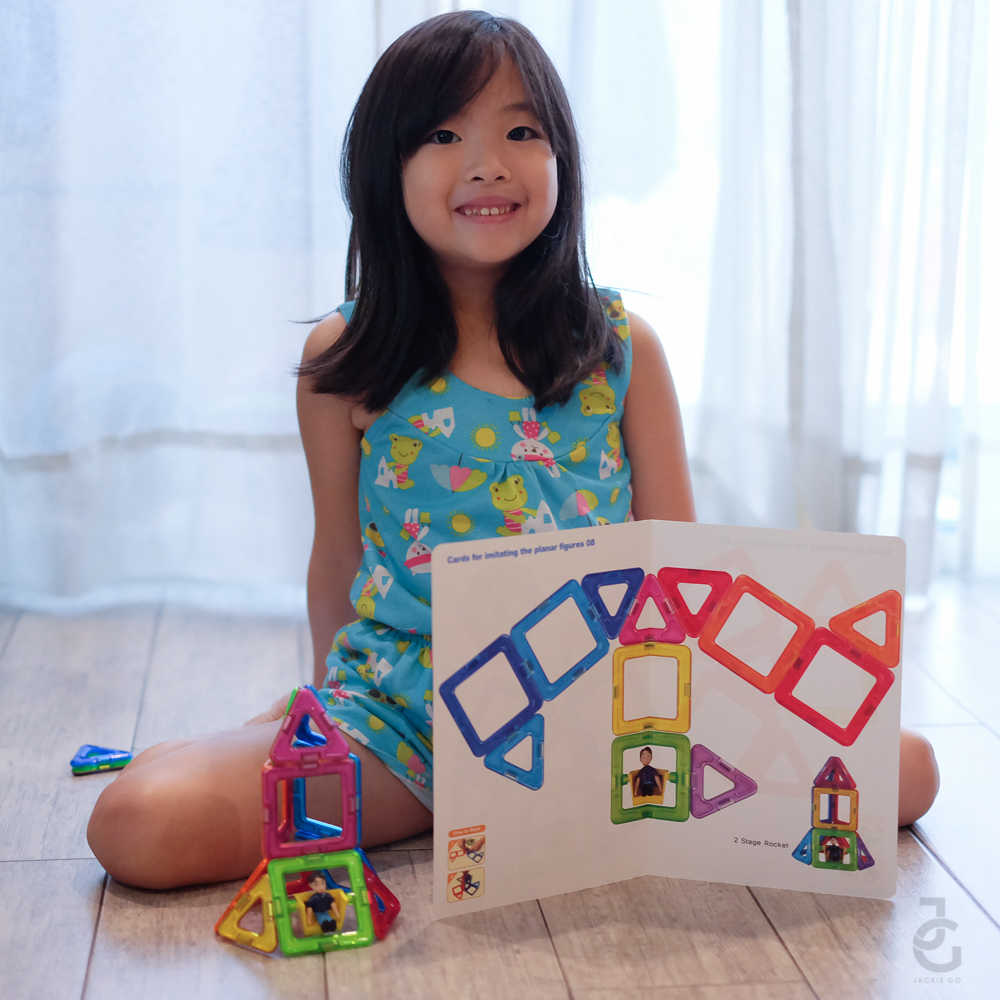 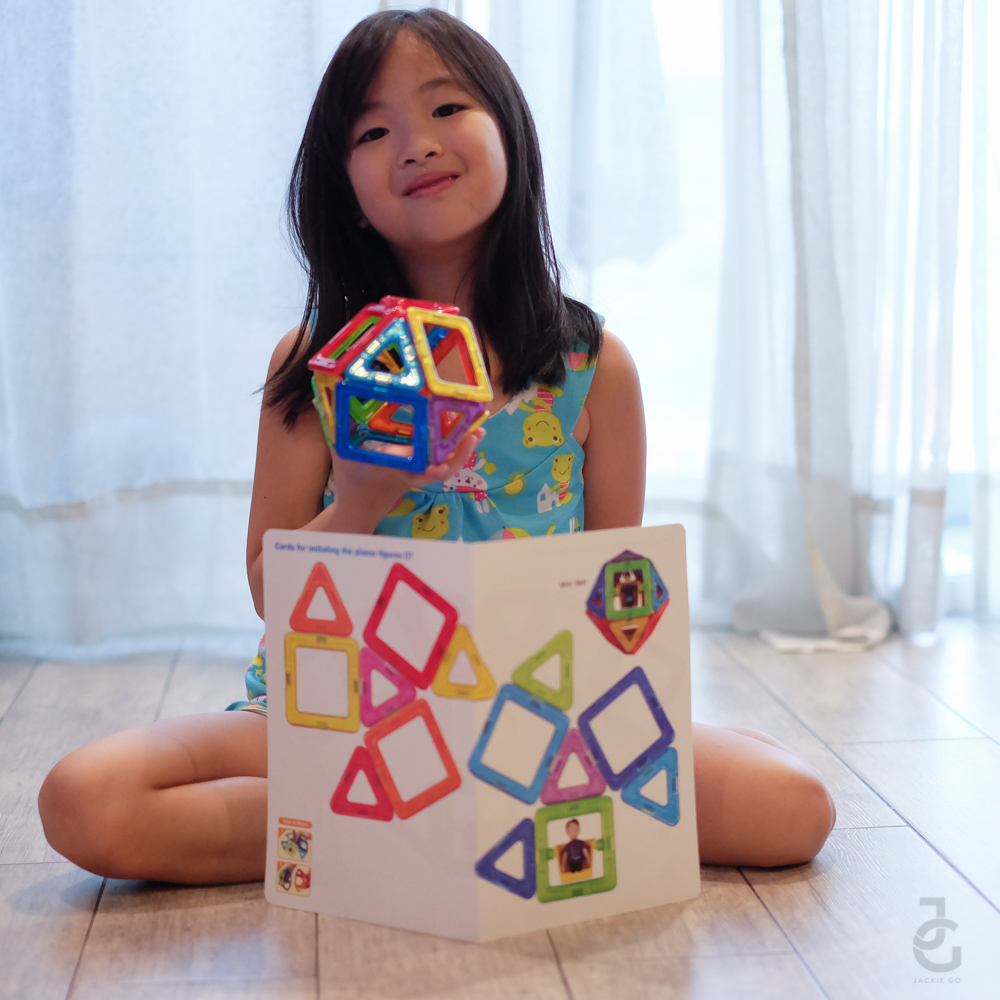 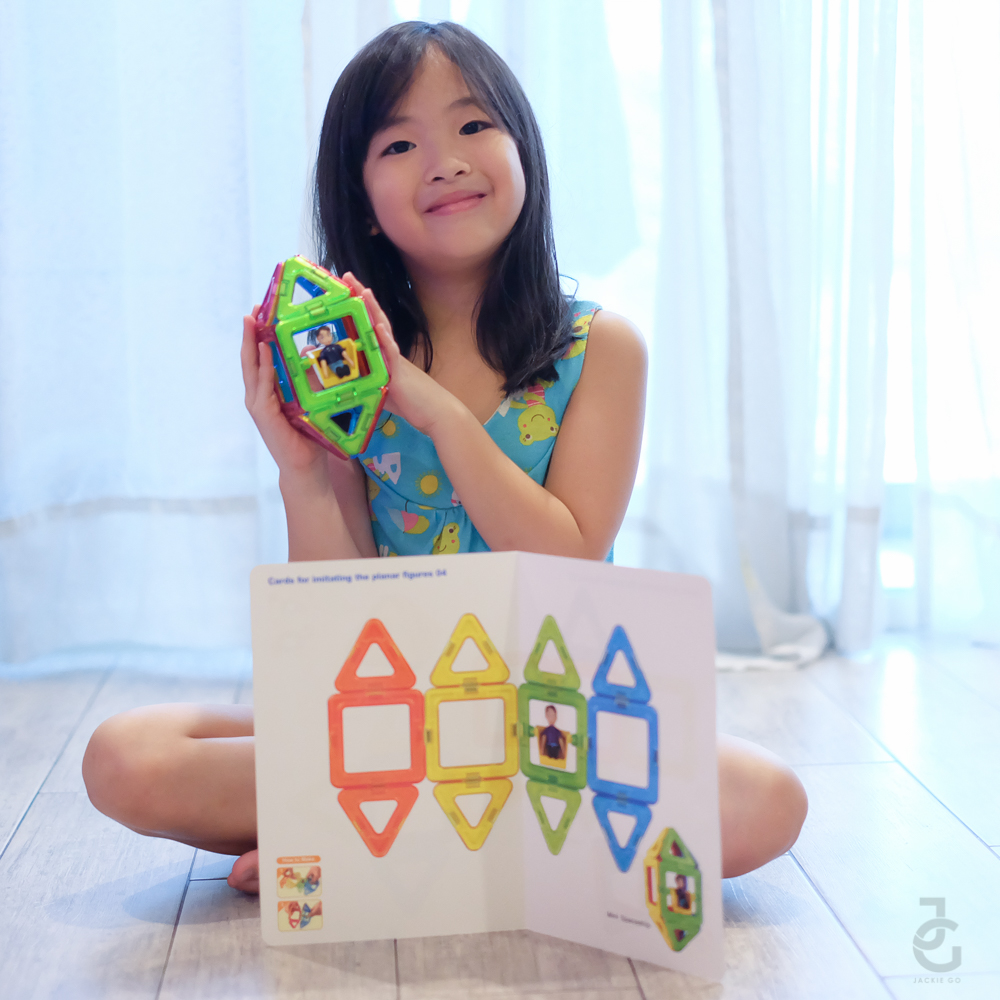 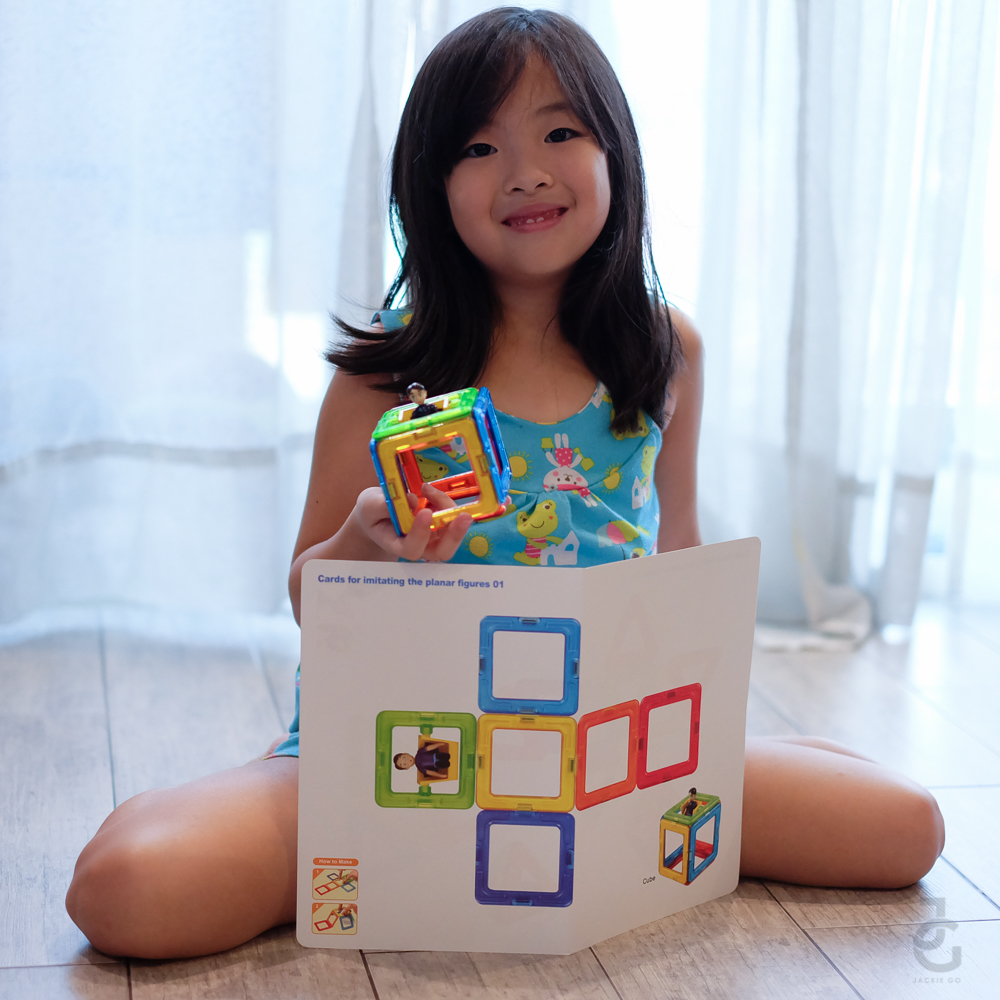 Magformers is available at Rustan’s Makati, Rustan’s Shangri-La and Toys R Us Trinoma.