My kids love borrowing our things just because they’re “adult stuff” and they feel all grown up wearing or using them. One of the many things they always like to borrow is our earphones/headphones. The lil’ GJGs love using our earphones whenever they watch their favorite YouTube videos on their iPad. The thing is, it never works for them as they’re too big. It tends to  fall off which eventually makes them irritated. So for the longest time, lil’ Ms. GJG would always ask that we get her her own, you know, the same one like ours but sized to fit her. We never attempted to buy them their “kiddie” earphones as my kids don’t like the idea of having “toy” things replace the “adult stuff” they love using. Then we discovered Kidz Gear Headphones and this idea of theirs soon changed. 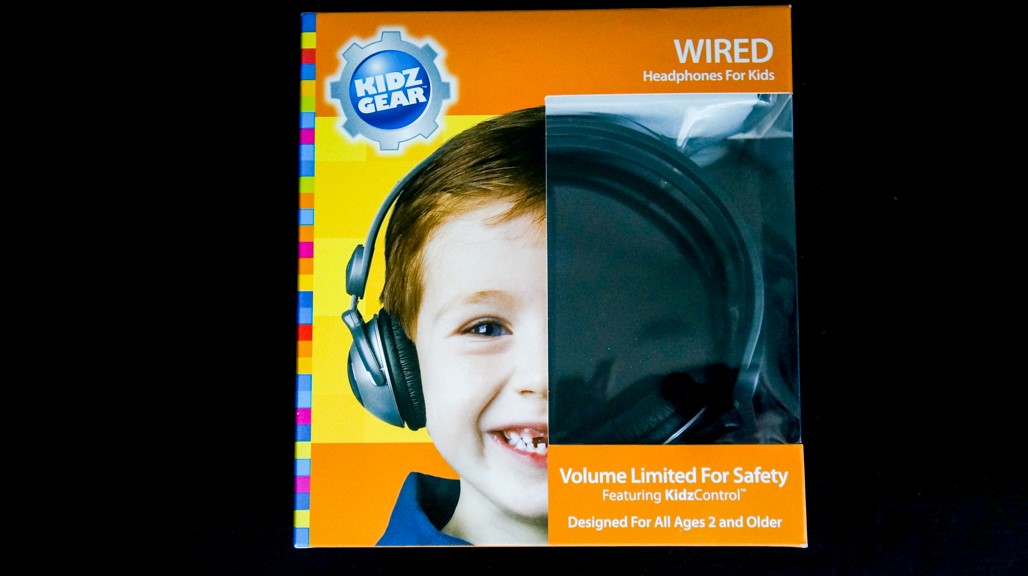 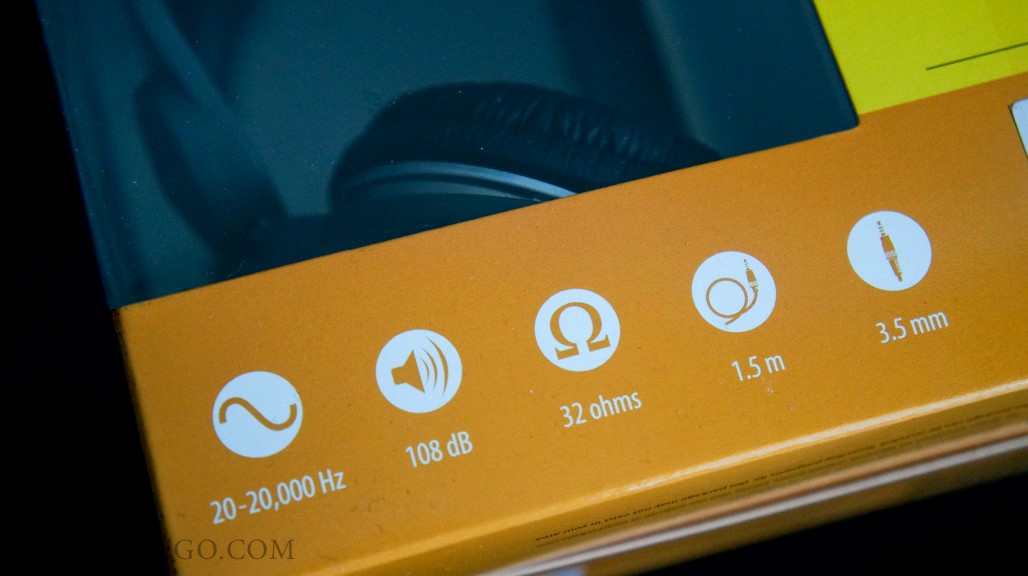 It has a frequency range of 20- 20K Hz, a sensitivity of 108dB without KidzControl Volume Limiting and 1.5 meter cord length.

It doesn’t look like a kiddie headphone no? It’s exactly like the adult headphone we have, only it’s kid-friendly. It is manufactured with the same high quality components as those used in standard adult headphones. 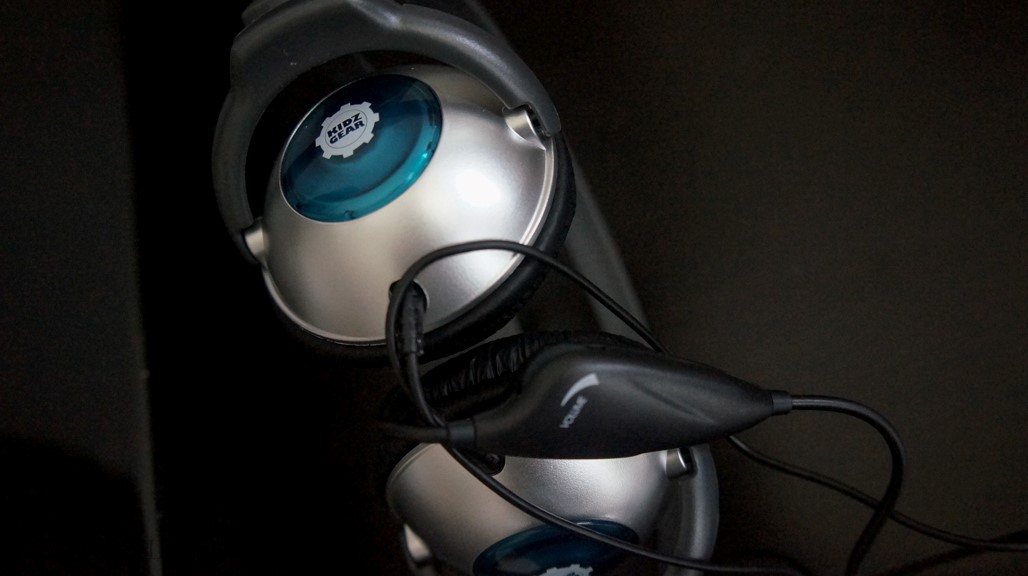 One of the key features of Kidz Gear Headphone is the propriety KidzControl Volume Limit Technology and built-in volume control knob. It can adjust volume range (within limit) and  can be limited to approximately 80% (~20dB lower). 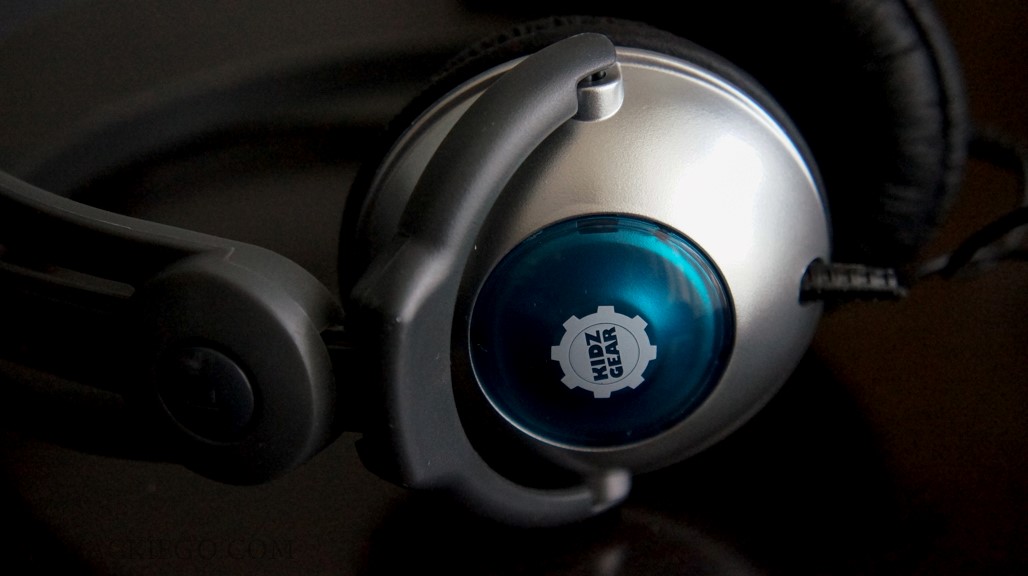 It is ergonomically designed for children 2 years old an above. It has an adjustable head piece and padded speakers.

Here’s lil’ Ms. GJG testing Kidz Gear. According to her, it fits perfectly and is made for her daw. Ahihihihi.

The 30mm speakers cup her ears well. It’s even comfortable to use even when she’s lying on her side, all thanks to its inner padding. 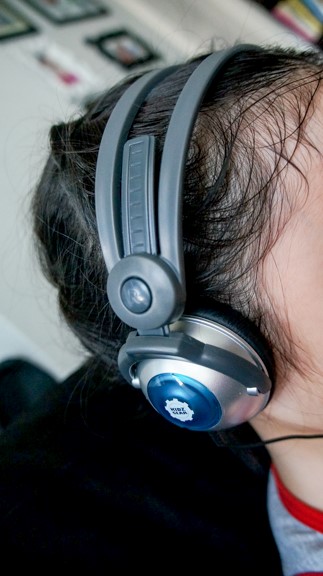 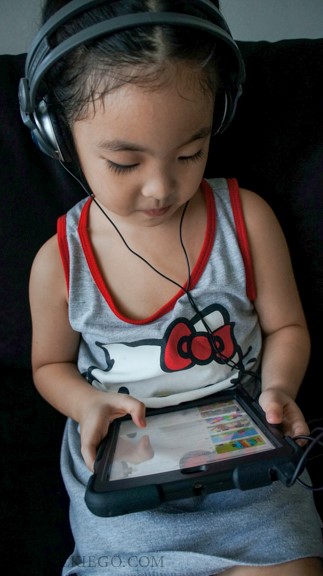 She says she can hear the video’s music and voice clearly as oppose to when she’s watching without it.

In her own words “It’s much, much, much better watching YouTube videos when I’m wearing my headphones.” 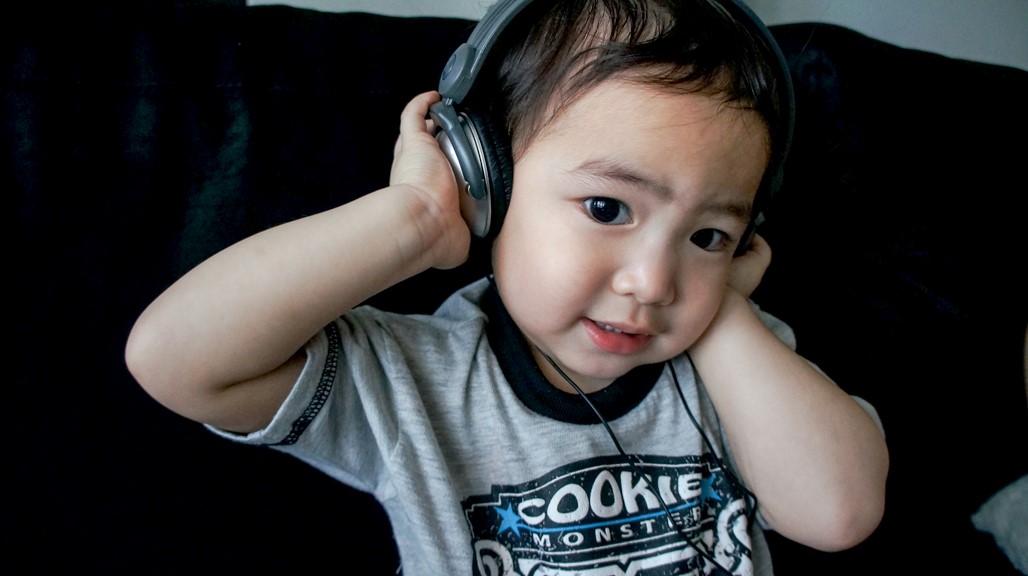 I also had it tried by lil’ Mr. GJG, who, like her sister, loves watching Hi-5 on YouTube. He was amazed at the surround sound effect that he was so focused on watching, not even wanting to have his photo taken.

Kidz Gear Headphone gives an extremely rich sound quality for a variety of audio content- DVDs, MP3s, game players, radio and more. I too, was impressed on it’s ability to output quality sounds as I tried it on my iPhone as I was streaming music via Spotify. 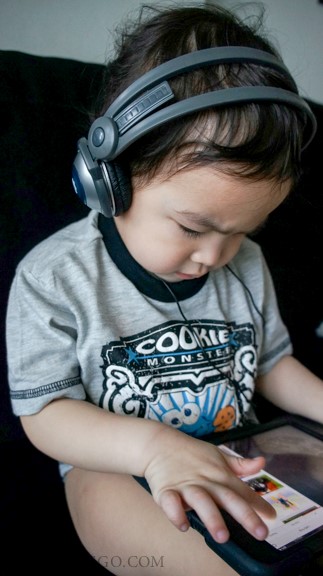 A few minutes after watching a Hi-5 episode using Kidz Gear and here’s how lil’ Mr. GJG reacted. Too amused and amazed of the clear quality sound e lil’ man? 🙂

Kidz Gear Headphone is by far the best headphone I’d recommend for your little ones who love watching videos or listening to their favorite tunes. It fits perfectly for kids aged 2 and above, feels and looks like an adult headphone only better with an added feature- volume control knob. It’s a good investment and retails for P1,190. It makes for a great Christmas gift too. Must. Get. Another. One.

It comes in different colors so you better ask your niece or nephew what color she/he wants!