It’s the week of Father’s Day and for those who are still wondering what to gift the dad in your life, why not treat him like a King with a pampering session at Fifth Season Spa? 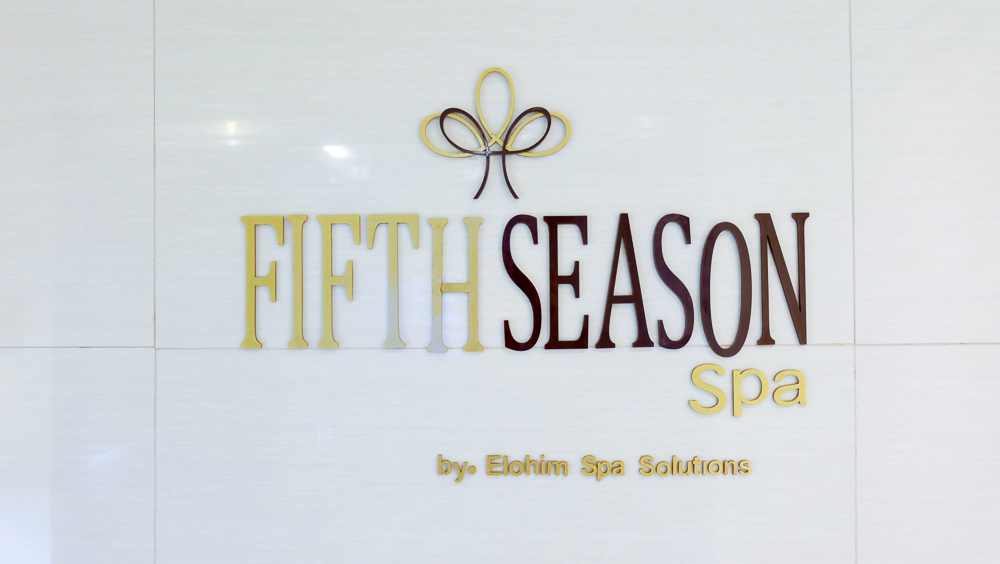 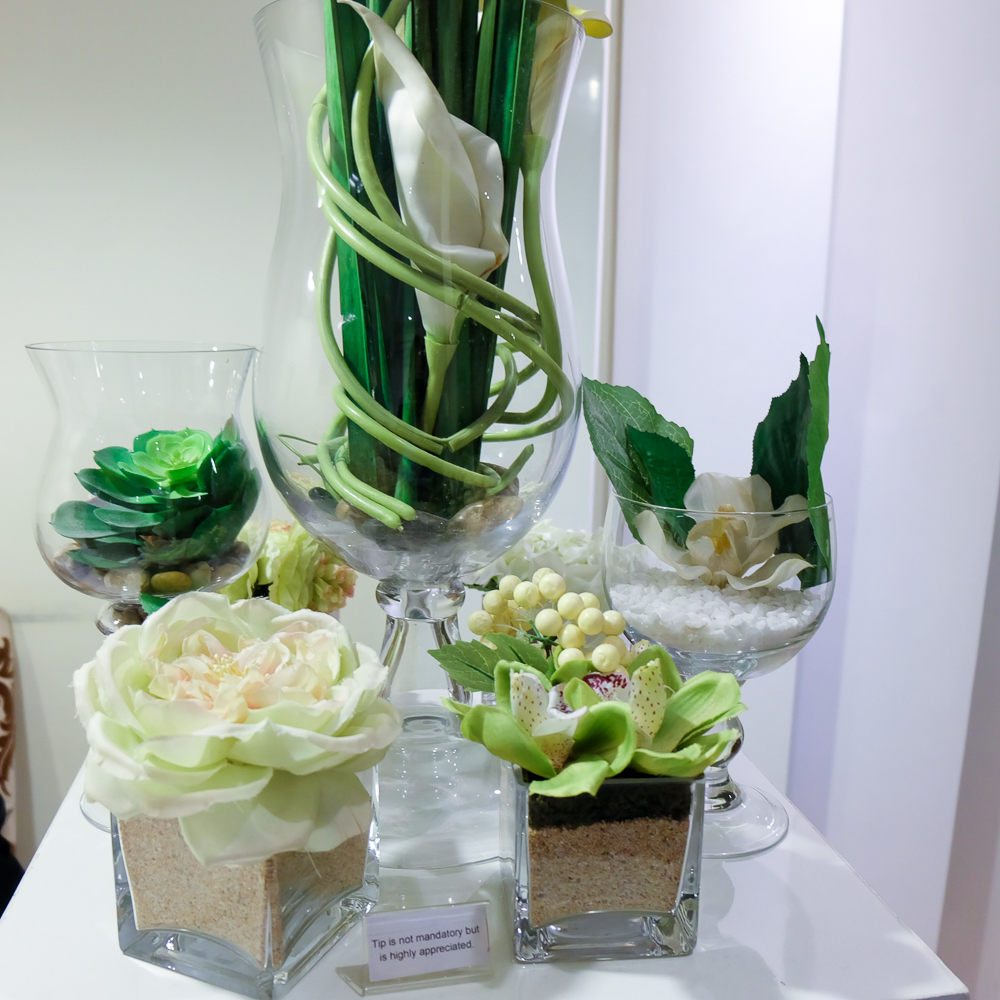 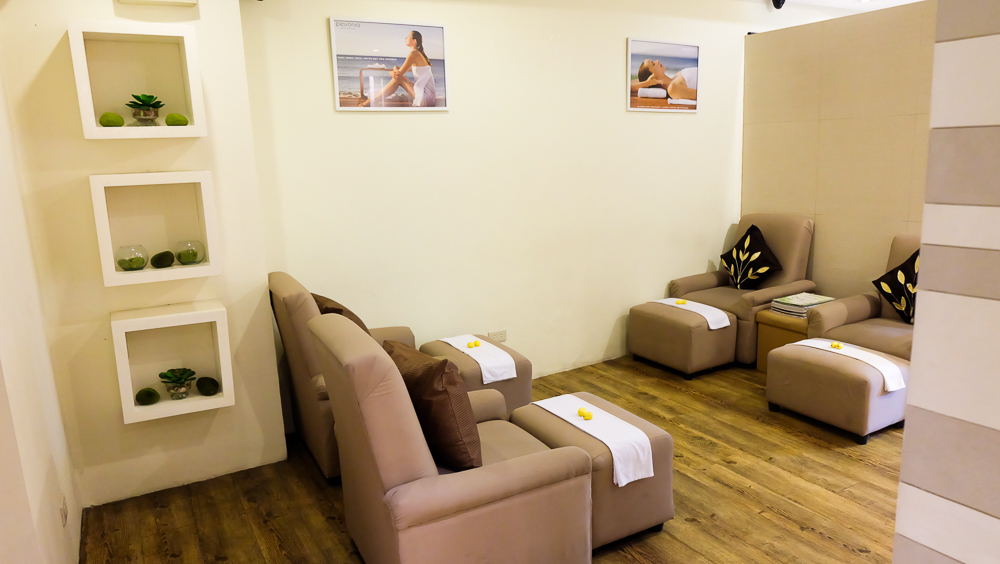 The cozy and intimate open area is where the foot spa and mani-pedi services are done. I like the clean interior and ecru walls. It’s not too dim but still, it offers a relaxing ambiance. 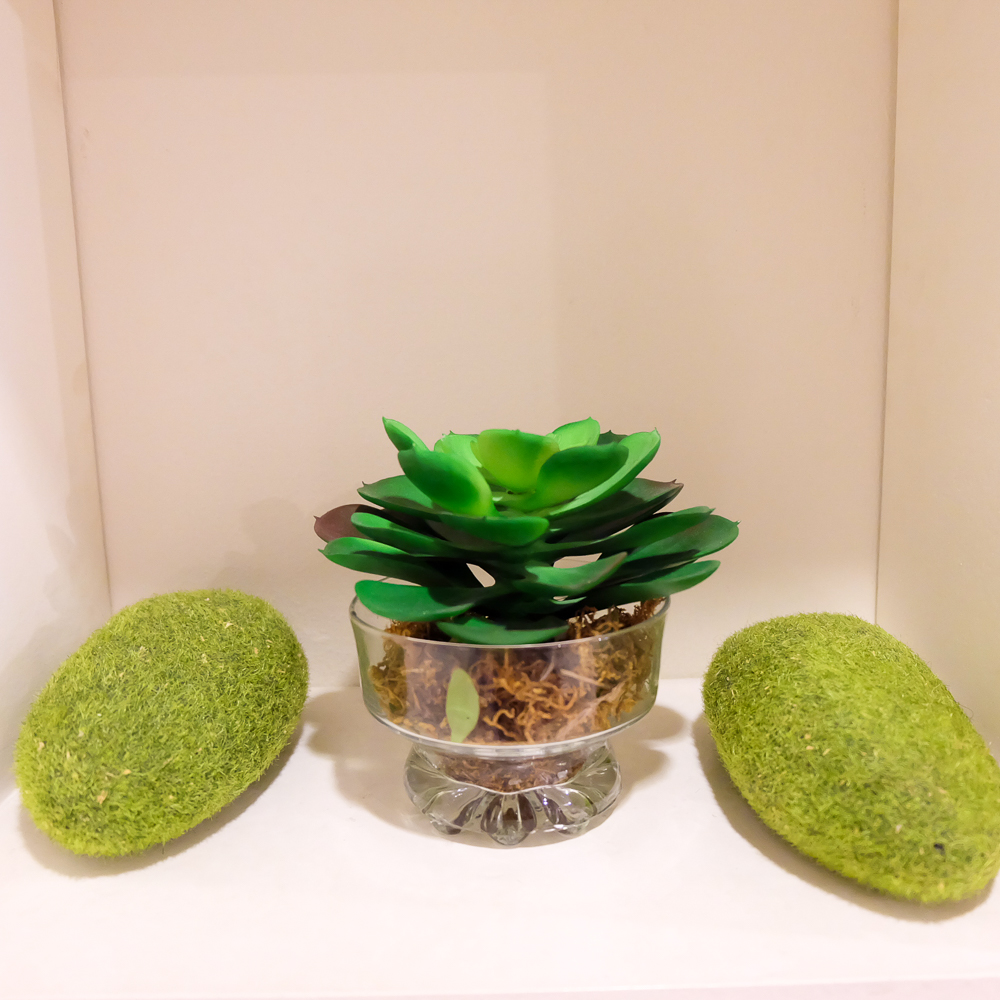 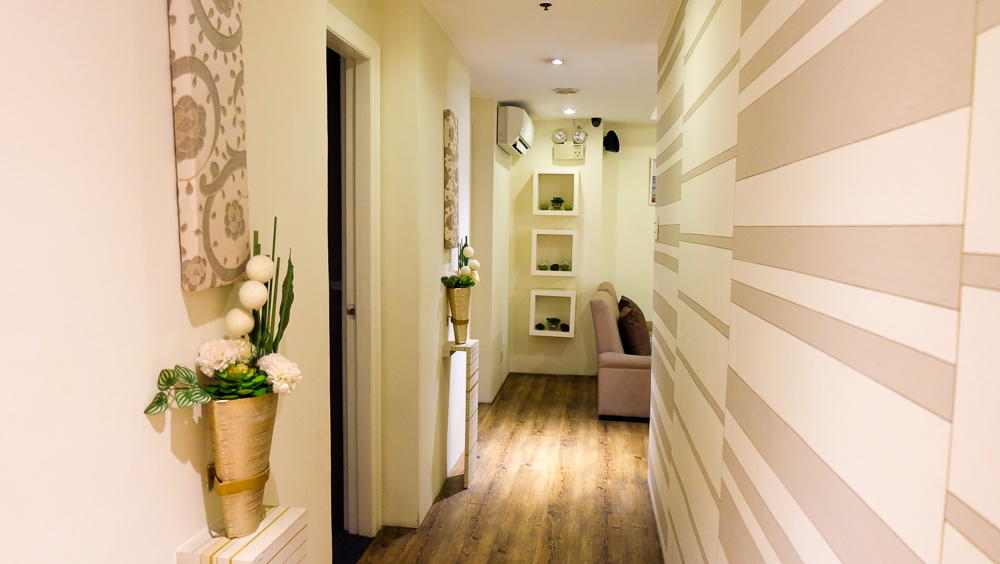 There are five treatment rooms at Fifth Season Spa. Can you guess what the names of the rooms are?

They’re named after the seasons of course!

All the rooms at Fifth Season Spa has massage rooms, shower area, vanity chair, robe to change, towels and a hand bell that you use when you’re ready to start your treatment. 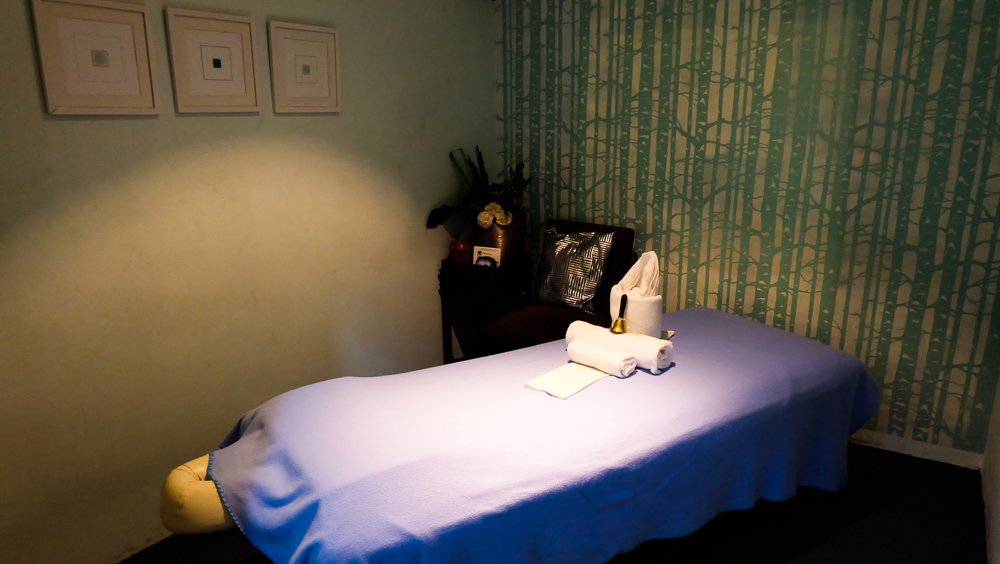 The Winter Room is contrary to its name. It’s not cold looking at all, it just gives a little Frozen feels all thanks to its frosted trees wallpaper. 😉 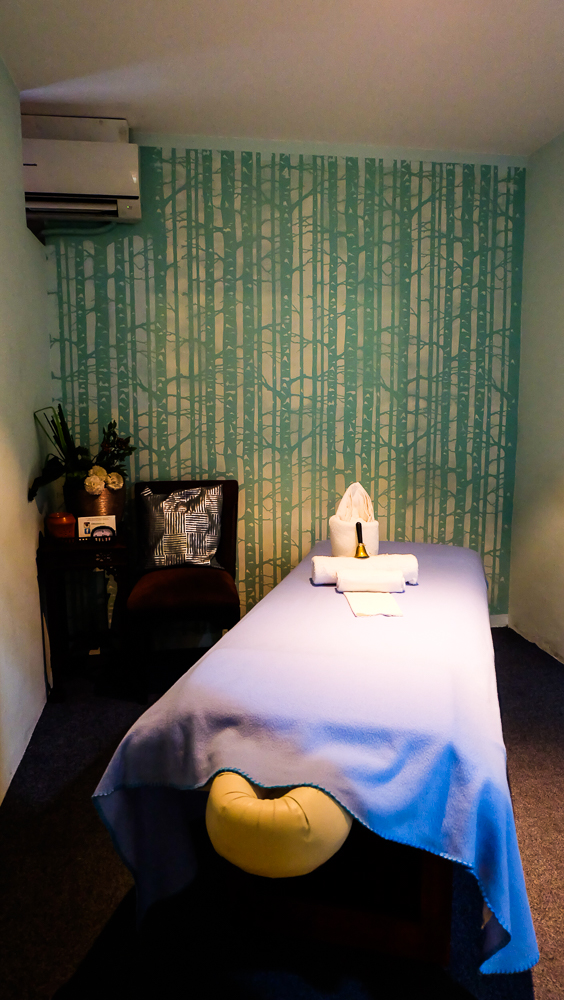 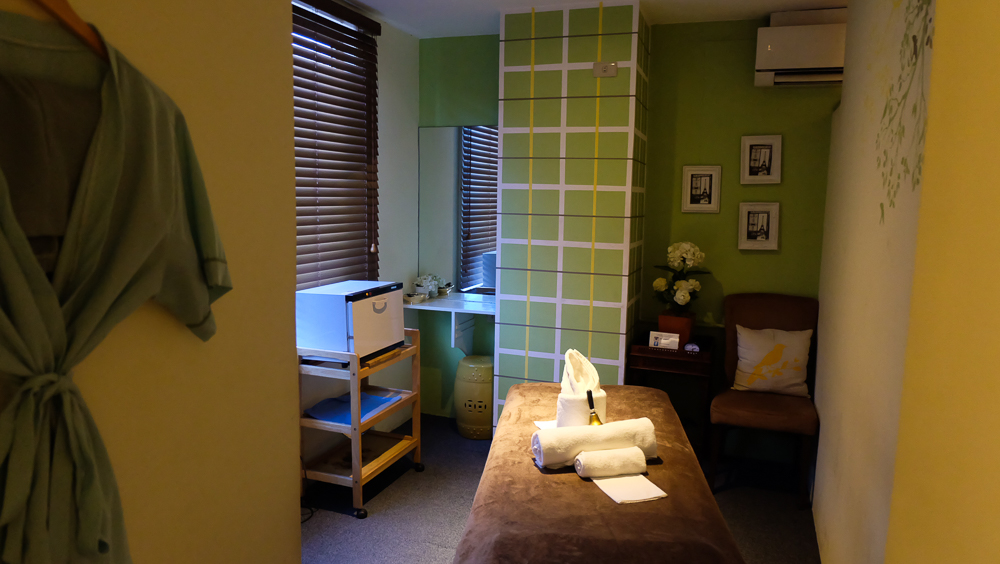 The Spring Room exudes  nature with its green interior, it’s quite refreshing to the eyes. 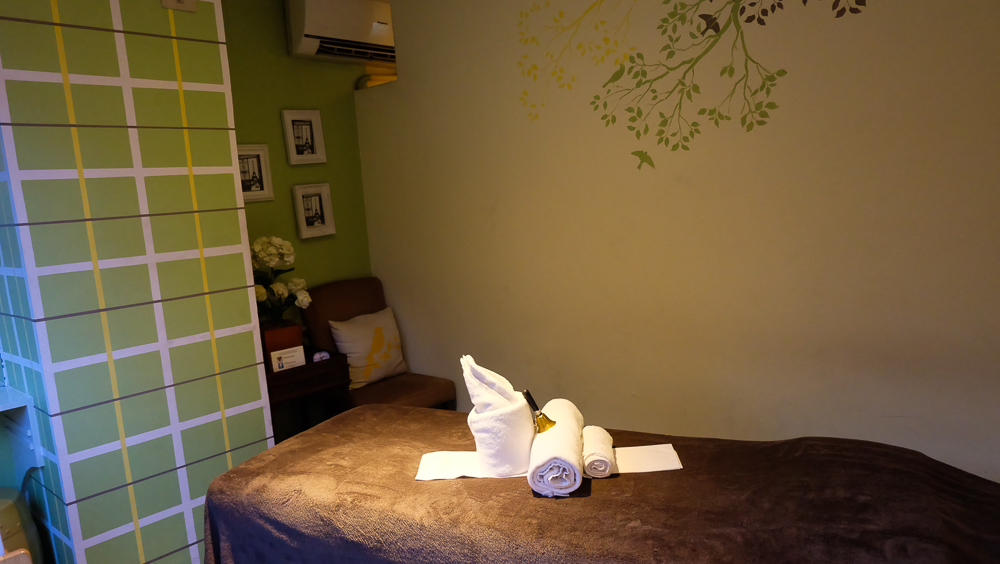 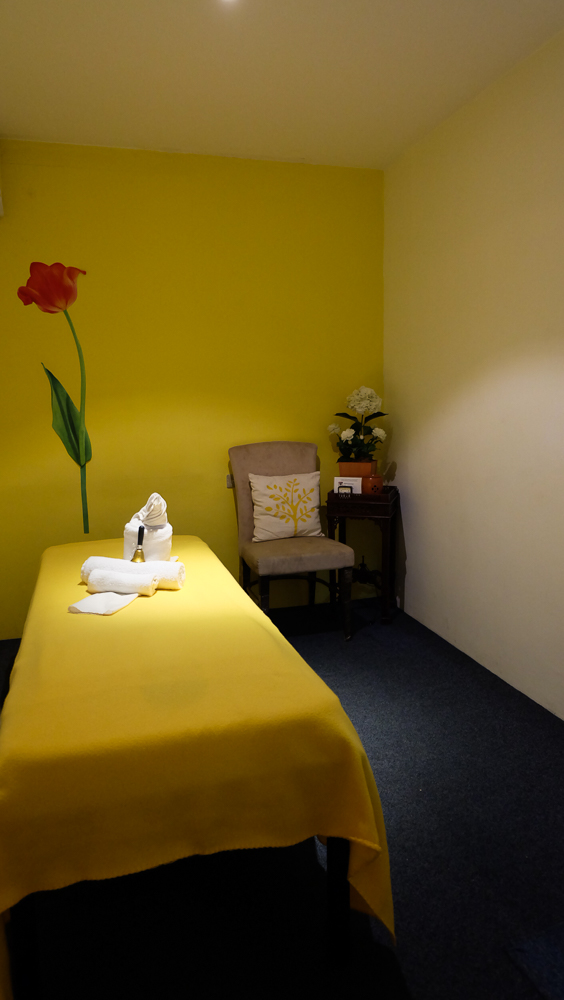 The Summer Room is oh so yellow! 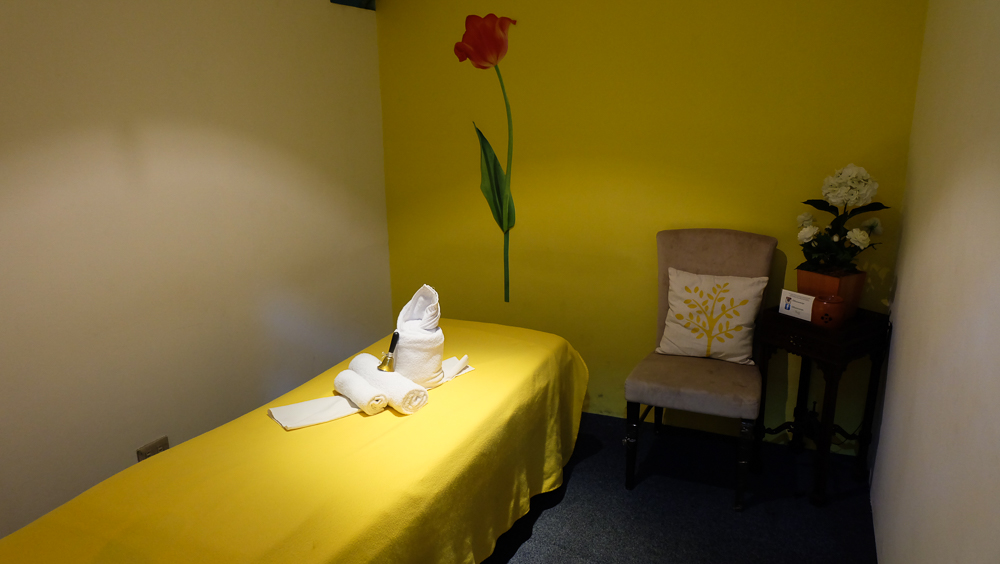 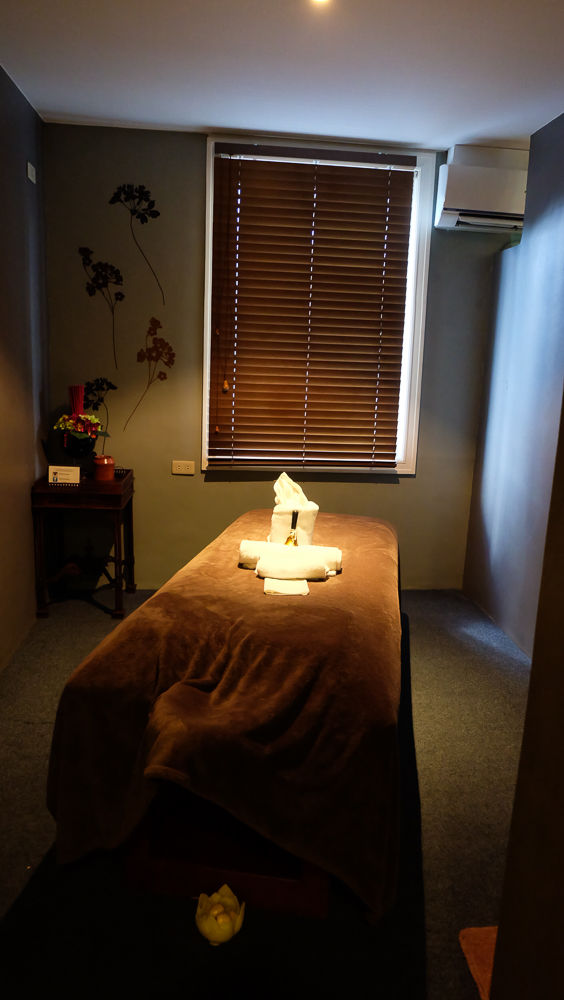 Mute and mellow is what the Autumn Room is all about. 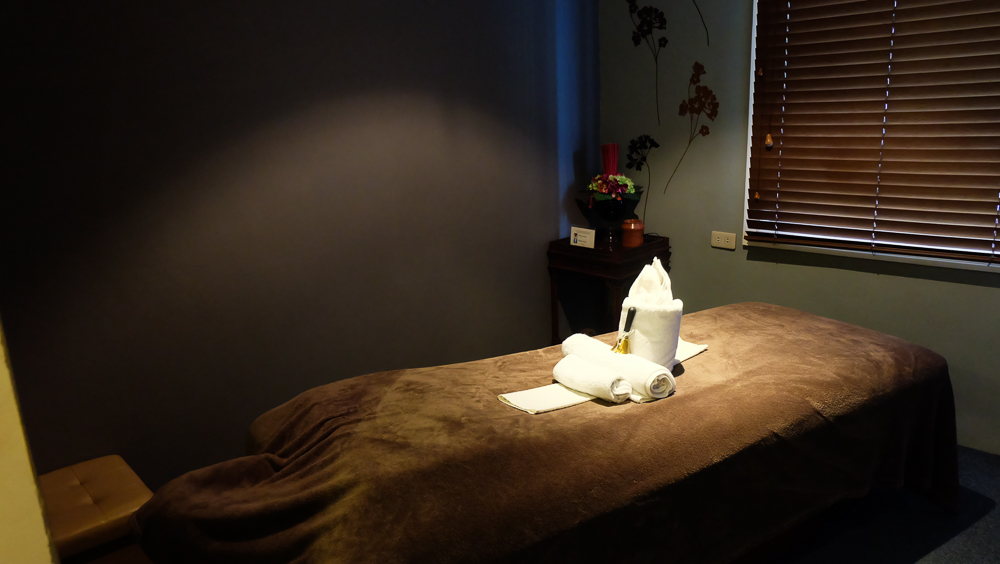 The last room is named The Fifth Season. 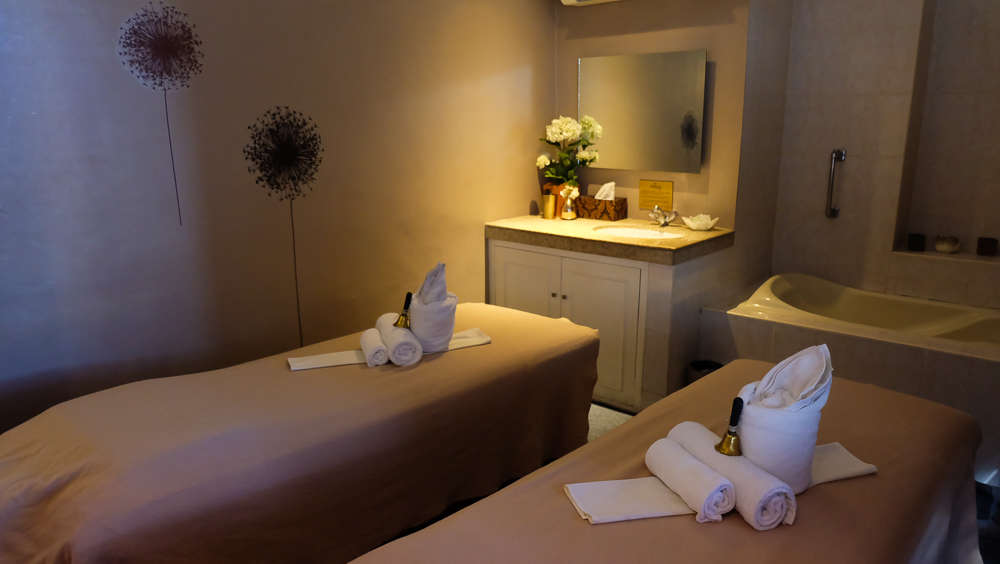 It’s the only couples room in the spa. While each of the four rooms have a shower, the Fifth Season room has a shower/bath tub.

Our visit to Fifth Season Spa was really for Mr. GJG. It’s a treat for him for being an amazing dad to the lil’ GJGs but lucky me, I got pampered as well. 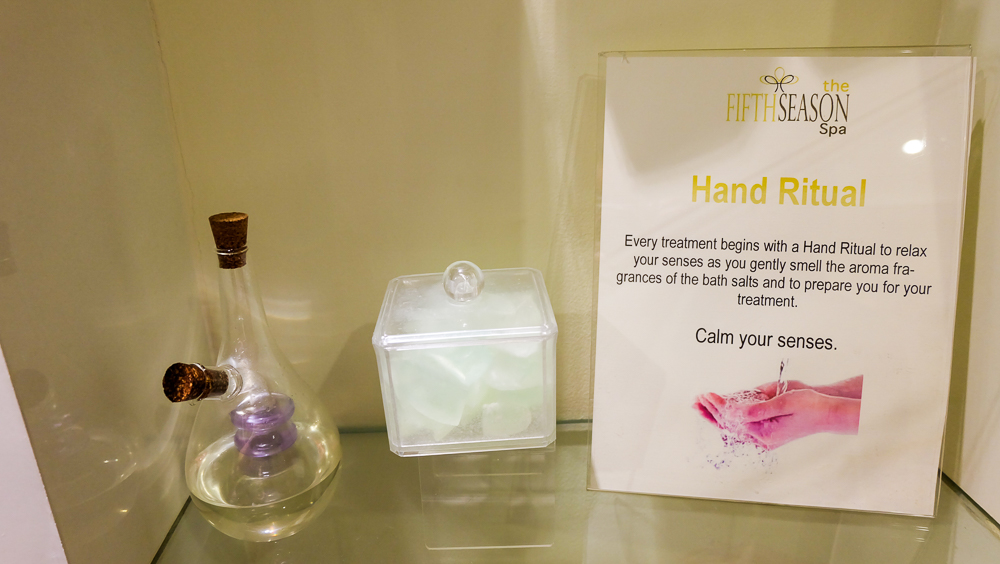 Every treatment at Fifth Season Spa begins with a Hand Ritual. This is to relax your senses as you wash your hands with their glycerin fragrant soap. 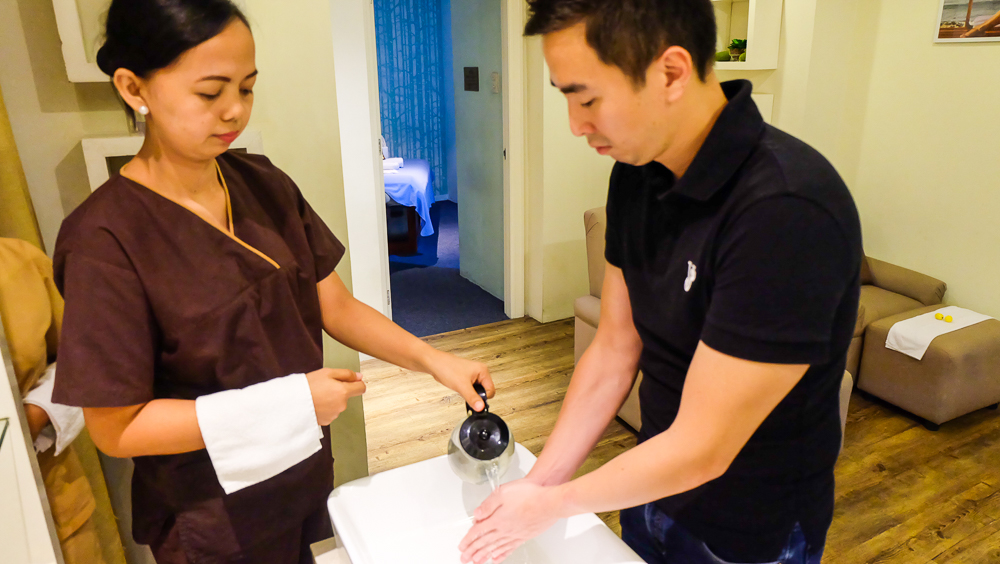 After doing the Hand Ritual, we had a relaxing Foot Spa. 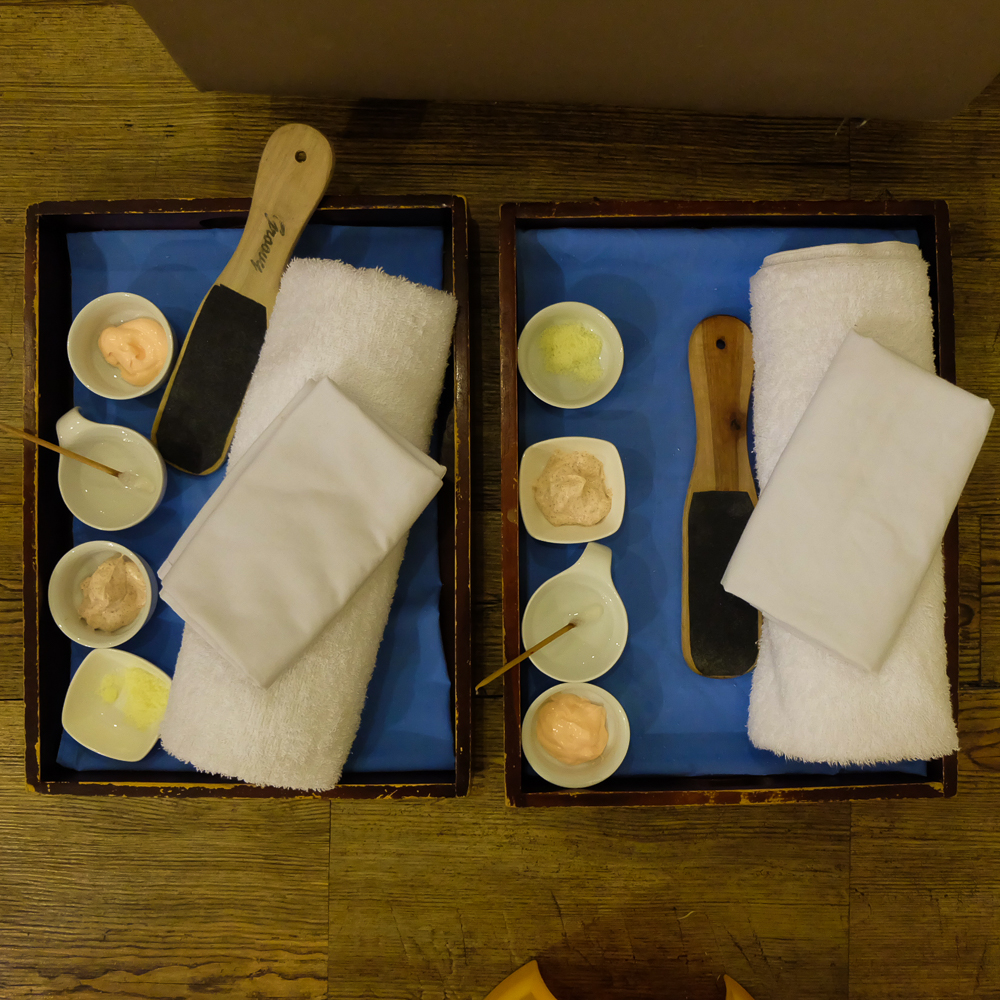 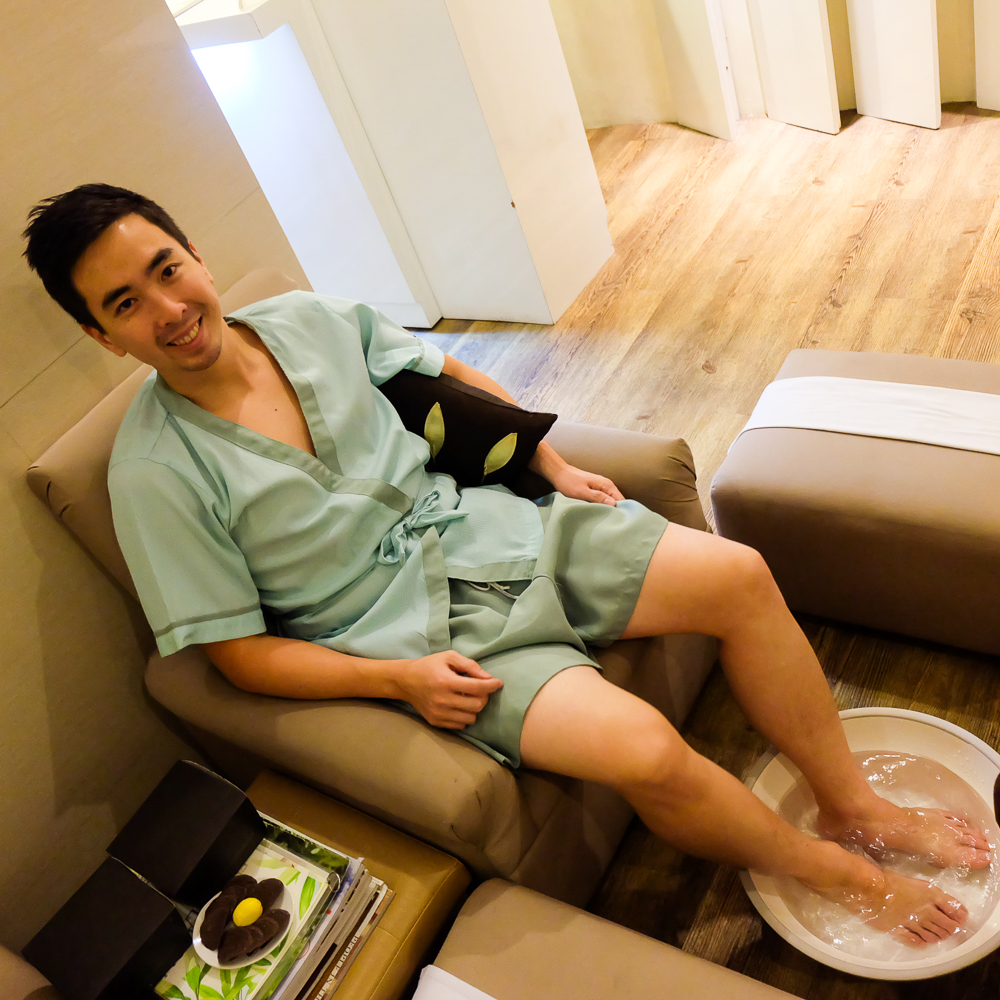 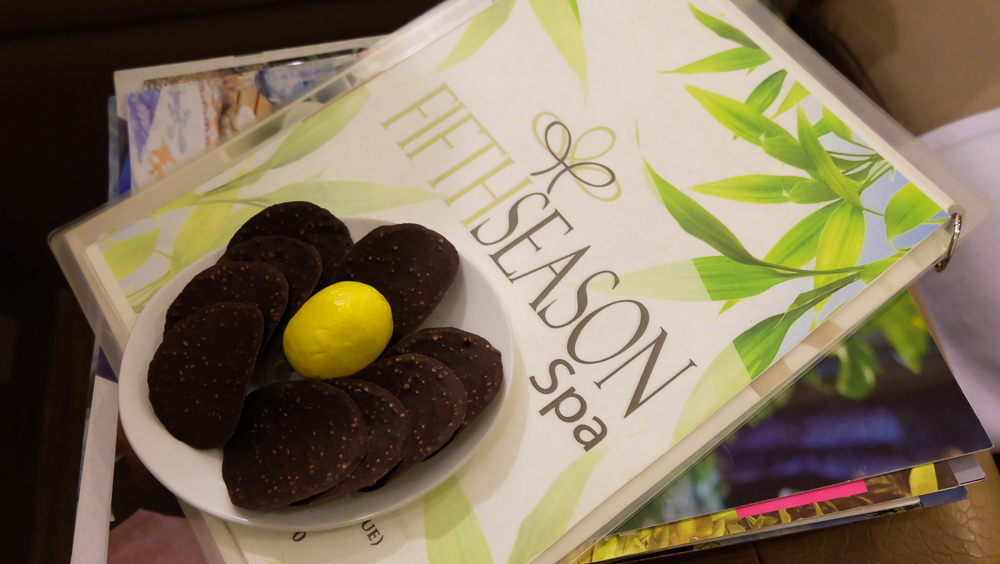 Deadly dark chocolate crips we gone in 60 seconds. Yes, yes, I ate it all. I still feel like it’s Mother’s Day since I’m also being treated like a queen, when in fact I’m just Mr. GJG’s official photographer/PA. 😀

After our relaxing foot spa, we had an even more relaxing full body message followed by a rejuvenating facial. 2 hours after, we were de-stressed and fully recharged. 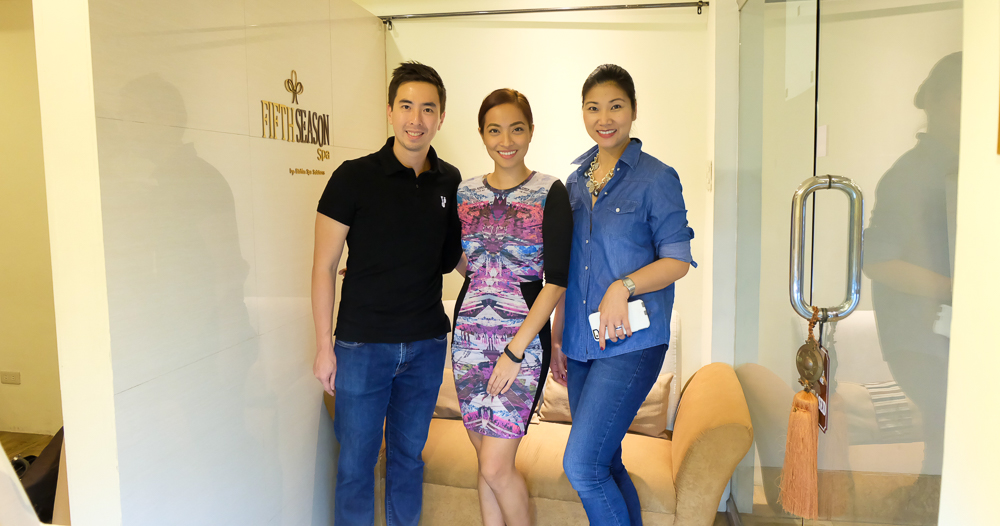 Thank you so much Leah Dy of Elohim Spa Solutions and Fifth Season Spa for the lovely treat! Mr. GJG & I had a relaxing time. 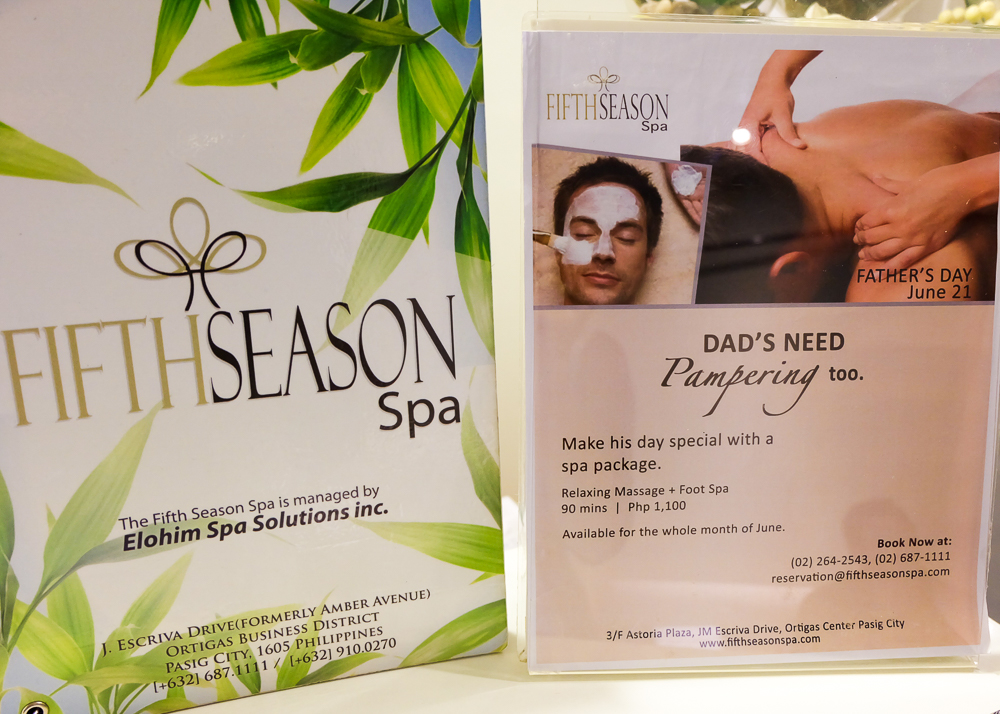 P1,100 for a 90-minute Relaxing Massage and Foot Spa. This is available for the whole month of June.